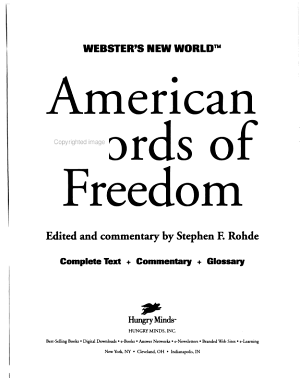 Book Description: Webster's New World American Words of Freedom features the complete text of and expert commentary on the documents that define democracy and frame freedom -- including the Declaration of Independence, The U.S. Constitution, The Bill of Rights and subsequent constitutional amendments. The helpful glossary of terms throughout the book enables you to understand and appreciate every word. Plus, you'll also find the text of and commentary on President George W. Bush's emotionally charged September 20, 2001 speech! 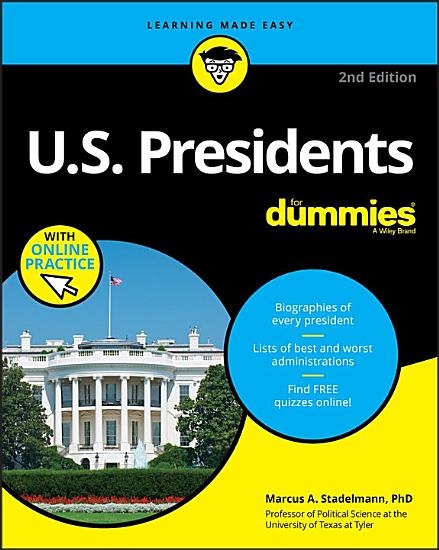 Book Description: Discover how the Oval Office’s occupants have made and make history Which one was the tallest? Which one fought a duel? Which had liquor smuggled into the White House during Prohibition? And why is the president even called the president in the first place? From periwigs and knee breeches to the 24-hour news cycle and presidential Tweets, the fascinating and colorful stories of the 45 incumbents are a powerful lens through which to view U.S. history and get insight into the present. Taking readers on a fact-filled journey through two centuries, this book examines how each individual obtained their dream (or nightmare) position, what they stood for (or against), achieved (or didn’t), and how their actions affected the country—for better or worse. And—remembering that presidents are people too—it shows how the personal really can be political, exploring how each president’s vision, strengths, and foibles helped or hindered them in building the country and their own legacy. Accessible biographies of all presidents Sidebars, timelines, and photos Lists of best and worst administrations Bonus online content, including quizzes galore to help build retention Whether you’re a student, a history buff—or are even interested in becoming president yourself one day—U. S. Presidents For Dummies is the perfect guide to what it takes to be leader of the free world, who has stepped up to that challenge, and how those personal histories can help us understand yesterday’s, today’s, and even tomorrow’s union. 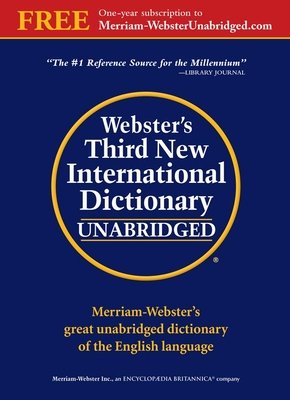 Book Description: Contains over 472,000 entries defining the English language as it is written and spoken today. 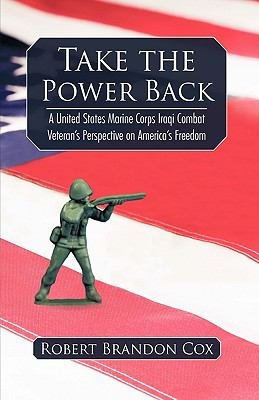 Book Description: After serving as a United States Marine during the invasion of Iraq in 2003, Robert Brandon Cox realized his perspective had changed on how American freedom is interpreted around the world. Now, years after his service, yet still devoted to his lifelong promise to uphold and defend America's freedom, Cox is breaking his silence. From the unique viewpoint of one who was there, Take the Power Back delivers an honest, forthright look at America's involvement in Iraq from March 2003 to the present occupation. Cox dissects major aspects of America's recent history, including America's drug war, the Bush family empire, and American political propaganda, and ties together the loose threads of history to form a more complete picture of our current role in Iraq. Cox reveals how our dependence on oil has fueled both foreign and domestic policy and explores the U.S. government's systematic exploitation of power throughout the years. In addition, he offers ideas and solutions for the diplomatic problems plaguing our nation and parts the curtain behind Obama's presidency. Well-researched and deeply informative, Take the Power Back is a stirring call to action, one that will resonate within the heart of every American. 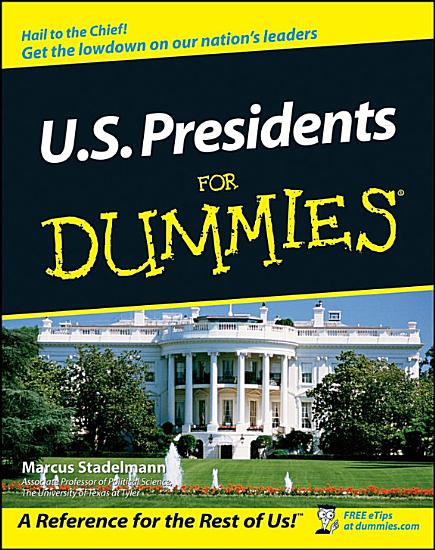 Book Description: Forty-three Americans have held the job of President of the United States. Each has a story, be it one of vision, accomplishment, conflict, scandal, triumph, or tragedy. And each story is at the center of the national story, a part of what we all experience. History buffs find endless fascination – and a greater understanding of America today – in the colorful personalities and momentous events that surround the Oval Office. If you want the complete take on U. S. presidents, from George Washington to George W. Bush, you’ll appreciate U. S. Presidents for Dummies. Written in a lively style by a history professor at the University of Texas, this fun guidebook of chief executives is packed with information, factoids, and memorable quotes. Inside, you’ll find out which president: Promised to only serve one term, and kept his word! Was a great person but a rotten president Campaigned on nothing but image – in the n ineteenth century! May be the most underrated president in history Had his own distributor bringing liquor to the White House – during Prohibition! Appointed the first female cabinet member Pushed through the first civil rights legislation after the end of the Civil War Said of himself, “I am a man of limited talents from a small town. I don’t seem to grasp that I am president” U. S. Presidents for Dummies offers a wealth of knowledge on what it takes to be the leader of the free world, and who has stepped up to the challenge. Dividing the ranks of presidents into chronological groups for a broader, historical understanding of the office, this book discusses: The birth and evolution of the presidency Ineffective presidents Forgettable presidents Working up to the Civil War Reconstruction presidents Becoming a force in the world Instituting the Imperial Presidency Today’s changing dynamics and the Presidency A treasury of information, this book features an easy-to-comprehend style and sharp historical analysis. Sidebars, photos, timelines, and best and worst lists make U. S. Presidents for Dummies a historical blast to read and a must-have for understanding the state of both yesterday’s and today’s union. 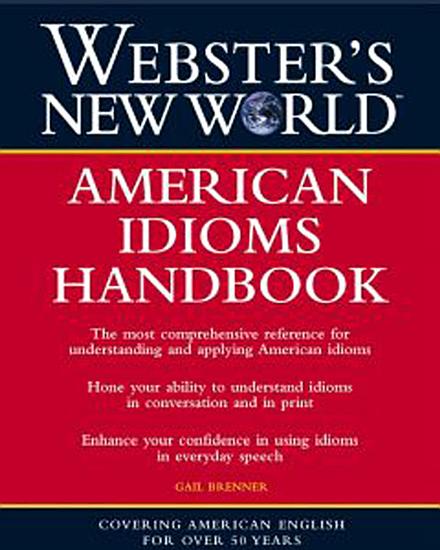 Book Description: The largest barrier to fluency in English is the ability to understand and use idiomatic language. Webster's New World American Idioms Handbook walks readers through learning and using American idioms, with complete explanations for over 1,000 idioms. Emphasizing acquisition, application, and understanding, this book offers all the information readers need to know about when, where, why, and how to use them. It includes a wealth of examples to provide users with context. Thorough explanations help readers identify which idioms are appropriate for which situations. An extensive index allows easy, helpful access to individual idioms so that they can be found quickly. 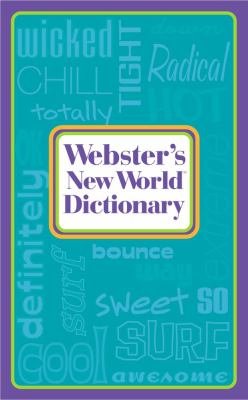 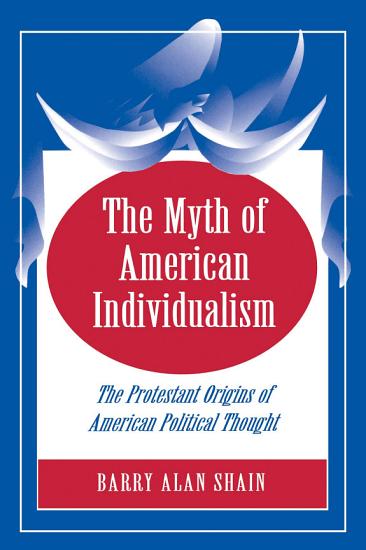 Book Description: Sharpening the debate over the values that formed America's founding political philosophy, Barry Alan Shain challenges us to reconsider what early Americans meant when they used such basic political concepts as the public good, liberty, and slavery. We have too readily assumed, he argues, that eighteenth-century Americans understood these and other terms in an individualistic manner. However, by exploring how these core elements of their political thought were employed in Revolutionary-era sermons, public documents, newspaper editorials, and political pamphlets, Shain reveals a very different understanding--one based on a reformed Protestant communalism. In this context, individual liberty was the freedom to order one's life in accord with the demanding ethical standards found in Scripture and confirmed by reason. This was in keeping with Americans' widespread acceptance of original sin and the related assumption that a well-lived life was only possible in a tightly knit, intrusive community made up of families, congregations, and local government bodies. Shain concludes that Revolutionary-era Americans defended a Protestant communal vision of human flourishing that stands in stark opposition to contemporary liberal individualism. This overlooked component of the American political inheritance, he further suggests, demands examination because it alters the historical ground upon which contemporary political alternatives often seek legitimation, and it facilitates our understanding of much of American history and of the foundational language still used in authoritative political documents.