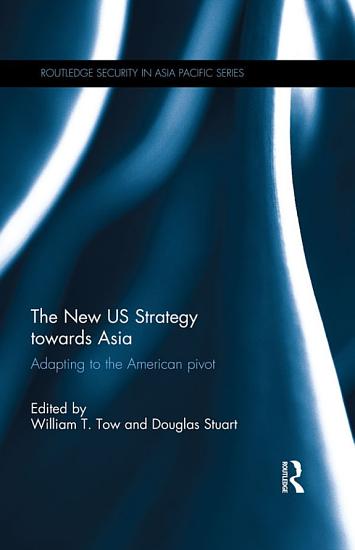 Book Description: Barack Obama’s "rebalancing" or "pivot" strategy, intended to demonstrate continued US commitment to the Asia-Pacific region in a variety of military, economic, and diplomatic contexts, was launched with much fanfare in 2011. Implicit in the new strategy is both a focus on China – engagement with, and containment of – and a heavy reliance by the United States on its existing friends and allies in the region in order to implement its strategy. This book explores the impact of the new strategy on America’s regional friends and allies. It shows how these governments are working with Washington to advance and protect their distinct national interests, while at the same time avoiding any direct confrontation with China. It also addresses the reasons why many of these regional actors harbour concerns about the ability of the US to sustain the pivot strategy in the long run. Overall, the book illustrates the deep complexities of the United States’ exercise of power and influence in the region. 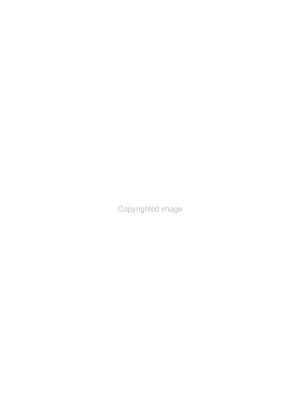 Book Description: As the United States pivots toward Asia, U.S. national security professionals must include Russia and Sino-Russian relations as a vital part of any strategy to manage China. In January 2012, the United States announced a strategic shift towards the Asia-Pacific because U.S. economic and security interests are increasingly linked to developments in Asia. In the twenty years since the collapse of Soviet Communism, U.S. strategy in Asia increasingly focused on the rise of the People's Republic of China (PRC). However, the US failed to include another major country in Asia, Russia. America placed Russia and China into two separate strategies for Europe and Asia respectively. The US intended to separate China and Russia but instead, Beijing and Moscow have substantially improved relations over the past twenty years and entered a new strategic partnership. Analysts now predict that China and Russia will form a future strategic alliance and the United States will fight a future war against a Chinese-Russian bloc. Sino-Russian relations, past and present, are an important feature of major power relations in Asia. China and Russia have maintained tense relations throughout their history, but seized opportunities to form strategic partnerships when their interests aligned. During the Cold War, Moscow and Beijing formed a Sino-Soviet alliance that significantly complicated U.S. strategy in Asia. The United States learned to manage the US-China-Russia triangular relationship as part of U.S. Cold War strategy. After the Sino-Soviet split, the US made a major foreign policy reversal improving relations with China as a strategic counterweight against the Soviet Union. While China and Russia develop their new "strategic partnership," American foreign policymakers ought to rediscover the importance of Sino-Russian relations. Conclusion: The United States successfully managed US-China-Russia relations during the Cold War. However, since the end of the Cold War, the US has ignored Russia's role as an Asian power leaving Moscow out of U.S. strategy for the Asia-Pacific. Instead, the US pursued two separate and disconnected strategies; one isolated Russia in Europe while the other contained China in Asia. All the while, China and Russia drifted away from America and toward each other as they developed a new strategic partnership. Today, Beijing and Moscow yield significant global influence through the current strategic partnership. In the future, China and Russia could transform their partnership into an alliance, threatening U.S. interests in the region. The US intends to counter the rise of China by making a strategic pivot towards the Asia-Pacific. Going forward, American policymakers and strategists must recognize that Sino-Russian relations, past and present, are an essential aspect of dealing with China.

Book Description: In November 2008, U.S. citizens will go to the polls to choose a new President and a new administration. The Bush administration's strategy of engagement with China is designed to build a peaceful relationship through diplomatic, informational, military, and economic (DIME) dialogue. Whether U.S. policy makers follow the status quo or choose another strategy will be of great importance in America's effort to retain its status as the sole superpower. This monograph is about strategy and the use of strategy in guiding actions towards a peer competitor. The author offers the next administration a recommended strategy towards China. However, before doing so, he examines current international relations theories and how these theories help provide a framework for grand strategy. History has shown that strategy involves more than applying military might to solve problems between warring countries or parties. A good strategy involves more than just the military; it also includes diplomatic actions, information strategies, and economic measures all designed to cause another nation's actions to conform to regional, national, and/or multinational objectives. The new administration needs to adopt a new strategy towards China that consists of the United States engaging regionally within the whole of Asia as a counterbalance to any hegemony actions of China while restraining China's economic rise. The United States must use a strategy that incorporates all elements of national power to include diplomatic courting, information superiority, military dominance through concealment, and economic integration with surrounding nations. 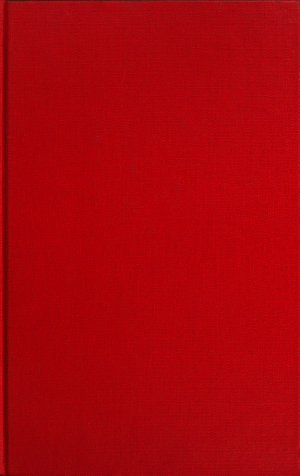 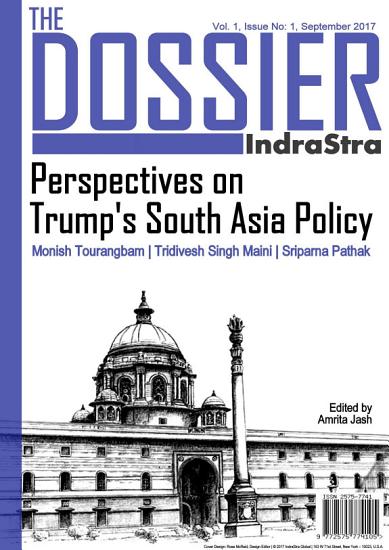 Book Description: On August 21, 2017, United States' President Donald Trump provided the roadmap to America's next South Asia strategy, mainly centered on America‟s Afghanistan Policy. Given the United States, longtime involvement in the region, America‟s Afghanistan policy plays a keyrole in United States overall foreign policy. Given the primacy attached, Trump‟s speech reflected two very significant factors: First, there was a clear identification and condemnation of Pakistan as a significant actor contributing to terrorism. Secondly, there was greater confidence expressed in India‟s role in the region at large and Afghanistan in particular. Keeping this context, the present series attempts to articulate three key questions: 1. What does Trump's new South Asia policy hold for U.S., India, and China? 2. Is there a continuity/change in America's policy and what can be further expected? 3. What will be the larger implications of Trump's new South Asia policy, if any? To address the queries, the series is divided into three perspectives- American, Indian and Chinese. Reflecting on America's foreign policy under the Trump administration, Dr. Monish Tourangbam argues that the new U.S. strategy on Afghanistan is designed to avoid losing, rather than winning in Afghanistan. While arguing from an Indian perspective, Tridivesh Singh Maini suggests that while it is tough to predict how U.S. policy will pan out towards Afghanistan, one major shift in Trump's approach is that unlike previous U.S. administration's, he has not really drawn any red lines for India‟s role in Afghanistan. Drawing on the Chinese perspective, Dr. Sriparna Pathak argues that as China shares an "all-weather friendship" with Pakistan, public shaming of Pakistan for shielding terrorists is clearly not something that is acceptable to China. However, with respect to terrorism, China has its own woes emanating primarily from its Xinjiang province. Therefore, the American policy in South Asia, which in all probability will see greater American involvement in the region, will have to be carefully considered by the foreign policy mandarins in Beijing. Amrita Jash, Editor-in-Chief, IndraStra Global

Book Description: The Obama Administration deserves credit for assigning top priority to the Indo-Asia-Pacific (IAP) region; nonetheless, the President has faced serious problems in his implementation of the "pivot to Asia" strategy. This monograph begins with a discussion of the instruments of national power that were available to the Obama Administration in support of the pivot strategy. Since the United States was much stronger in terms of military resources than it was in terms of diplomatic, informational, and economic resources, the Obama Administration opted to build its pivot strategy on the foundation of the so-called San Francisco network of military relationships with regional friends and allies. The San Francisco system is impressive in terms of its military capabilities, its flexibility, and its adaptability, but it is also burdened with some defects. The most serious flaw is that it is geostrategically top-heavy, with two anchor points in Northeast Asia (South Korea and Japan) and a much less developed infrastructure of bases and troop concentrations throughout the rest of the Western Pacific and Indian Ocean. Dr. Douglas T. Stuart notes that the vast size and complexity of the IAP region has made it impossible for the United States to pursue a one-size-fits-all pivot strategy. Rather, the Obama Administration has had to develop policies that resonate with the specific interests and concerns of each regional friend and ally. Not surprisingly, Washington has had mixed success in its efforts to recruit support among IAP governments. To illustrate this point, Dr. Stuart draws upon remarks by regional experts who are contributors to a recently published volume by William Tow and Douglas Stuart, eds., The New US Strategy Towards Asia: Adapting to the American Pivot (New York: Routledge, 2015). Virtually all of these experts express some doubts about America's ability to sustain the pivot strategy over the long term. This monograph then focuses on U.S.-China relations, with particular emphasis on debates among representatives of two schools of thought: * "Containers," people who are inclined to focus on worst-case scenarios and favor the explicit or implicit containment of China. This group is criticized for risking a "self-fulfilling prophesy"; and,* "Adapters," people who argue that Washington must make room for China, both in the region and in the world. These individuals are criticized for "self-deluding optimism." Dr. Stuart also discusses the arguments of "Game Changers," those who challenge the assumption that China will continue to rise as an economic and military power. In a situation in which the Obama Administration cannot make a definitive choice in favor of one of these schools of thought, it has opted for a policy of "hedging" in order to keep its options open. Unfortunately, it is a comment on the tragic nature of international relations that hedging policies are likely to be interpreted negatively by the target of such actions-thus moving both nations closer to what Graham Allison calls the "Thucydides Trap." Dr. Stuart recommends certain policies that may make this unwanted development less likely.The final section of this monograph looks beyond the Western Pacific, noting the growing importance of India and Beijing's efforts to expand its influence into Central Asia, Europe, Africa, and Latin America. Dr. Stuart also discusses the problems that the Obama Administration has been forced to confront in other countries, such as Ukraine, Libya, and Syria among others that have complicated its efforts to keep the U.S. focus on the pivot strategy in the IAP region. Dr. Stuart concludes with some lessons for strategists, derived from the Obama team's experience with the pivot. 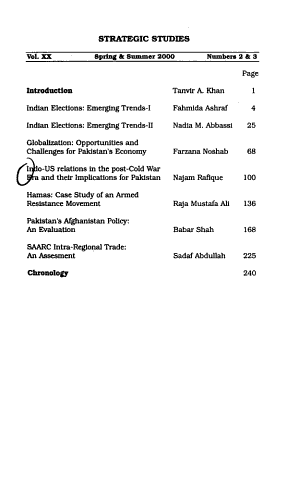 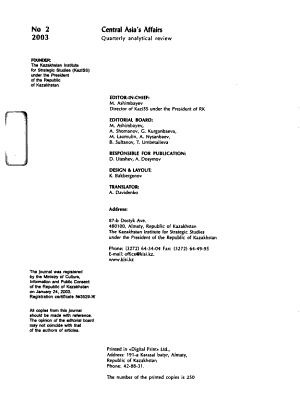 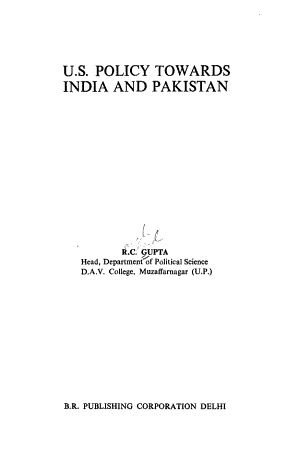