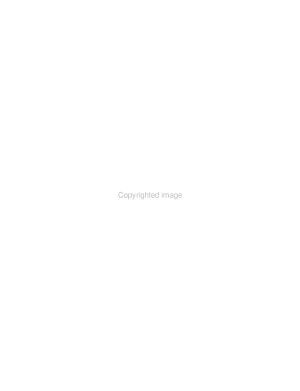 Book Description: Examines the history of the civil rights movement among Hispanics in America, including efforts to improve civil rights at work, in communities, in education, and in politics. 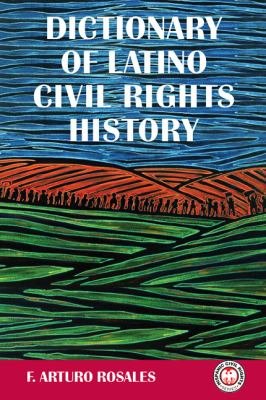 Book Description: This first-ever dictionary of important issues in the U.S. Latino struggle for civil rights defines a wide-ranging list of key terms. 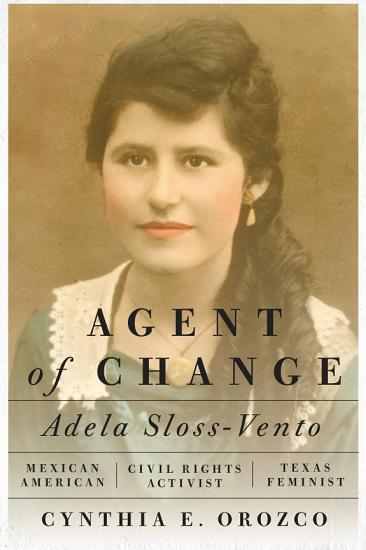 Book Description: The essayist Adela Sloss-Vento (1901–1998) was a powerhouse of activism in South Texas’s Lower Rio Grande Valley throughout the Mexican American civil rights movement beginning in 1920 and the subsequent Chicano movement of the 1960s and 1970s. At last presenting the full story of Sloss-Vento’s achievements, Agent of Change revives a forgotten history of a major female Latina leader. Bringing to light the economic and political transformations that swept through South Texas in the 1920s as ranching declined and agribusiness proliferated, Cynthia E. Orozco situates Sloss-Vento’s early years within the context of the Jim Crow/Juan Crow era. Recounting Sloss-Vento’s rise to prominence as a public intellectual, Orozco highlights a partnership with Alonso S. Perales, the principal founder of the League of United Latin American Citizens. Agent of Change explores such contradictions as Sloss-Vento’s tolerance of LULAC’s gender-segregated chapters, even though the activist was an outspoken critic of male privilege in the home and a decidedly progressive wife and mother. Inspiring and illuminating, this is a complete portrait of a savvy, brazen critic who demanded reform on both sides of the US-Mexico border. 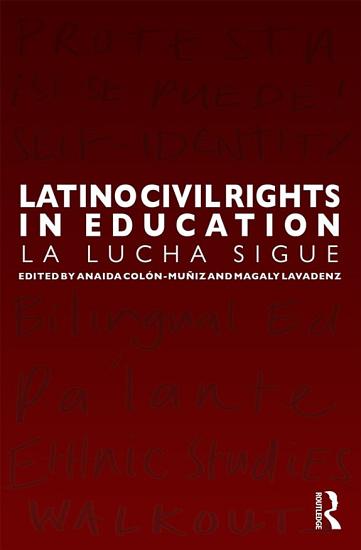 Book Description: Latino Civil Rights in Education: La Lucha Sigue documents the experiences of historical and contemporary advocates in the movement for civil rights in education of Latinos in the United States. These critical narratives and counternarratives discuss identity, inequality, desegregation, policy, public school, bilingual education, higher education, family engagement, and more, comprising an ongoing effort to improve the conditions of schooling for Latino children. Featuring the perspectives and research of Latino educators, sociologists, historians, attorneys, and academics whose lives were guided by this movement, the book holds broad applications in the study and continuation of social justice and activism today. 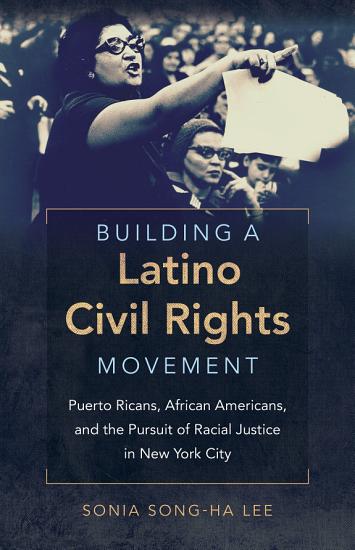 Book Description: In the first book-length history of Puerto Rican civil rights in New York City, Sonia Lee traces the rise and fall of an uneasy coalition between Puerto Rican and African American activists from the 1950s through the 1970s. Previous work has tended to see blacks and Latinos as either naturally unified as "people of color" or irreconcilably at odds as two competing minorities. Lee demonstrates instead that Puerto Ricans and African Americans in New York City shaped the complex and shifting meanings of "Puerto Rican-ness" and "blackness" through political activism. African American and Puerto Rican New Yorkers came to see themselves as minorities joined in the civil rights struggle, the War on Poverty, and the Black Power movement--until white backlash and internal class divisions helped break the coalition, remaking "Hispanicity" as an ethnic identity that was mutually exclusive from "blackness." Drawing on extensive archival research and oral history interviews, Lee vividly portrays this crucial chapter in postwar New York, revealing the permeability of boundaries between African American and Puerto Rican communities. 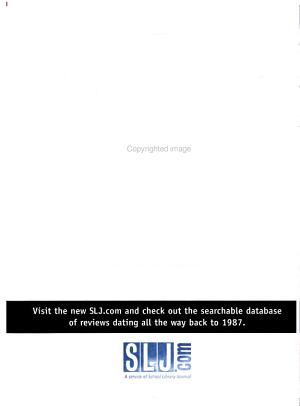 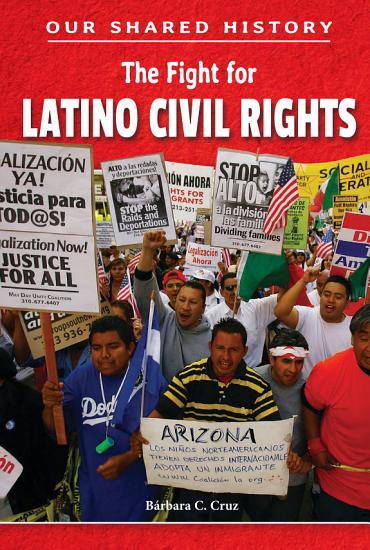 Book Description: The fight for civil rights is stronger today than ever before, particularly for the largest minority population in the United StatesLatinos. Learn about Latino history in the United States, from the missionary Father Junípero Serra to the activist César Chávez to Supreme Court Justice Sonia Sotomayor, and the continuing struggle for equality and justice. 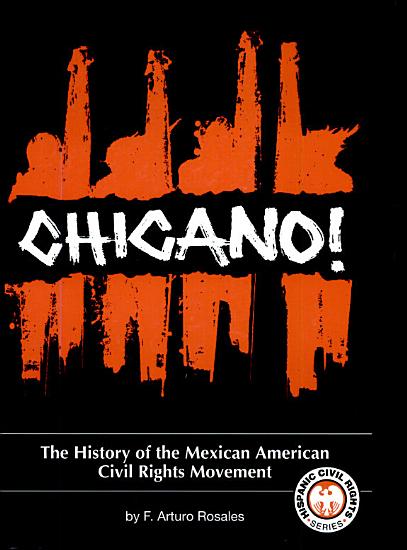 Book Description: The most comprehensive account of the arduous struggle by Mexican Americans to secure and protect their civil rights. 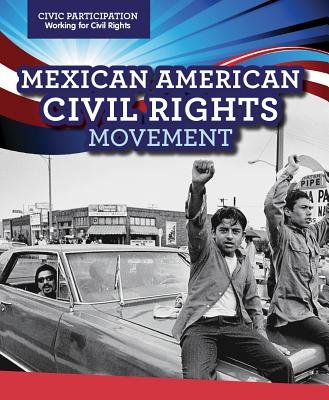 Book Description: Since the days of westward expansion and the U.S.-Mexican War, people of Mexican descent have faced great discrimination in the United States. This volume introduces readers to the historical background of the Mexican American civil rights movement, as well as its key figures and events. Photographs and primary sources will transport readers back in time to truly grasp the importance of this movement. Readers will learn about current issues pertaining to Mexican Americans and immigration, and learn what they could do to advance the movement for equality. 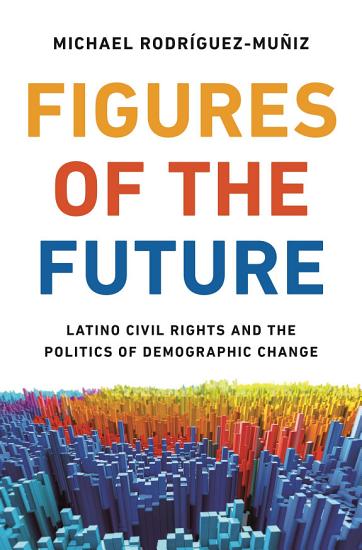 Book Description: An in-depth look at how U.S. Latino advocacy groups are using ethnoracial demographic projections to bring about political change in the present For years, newspaper headlines, partisan speeches, academic research, and even comedy routines have communicated that the United States is undergoing a profound demographic transformation—one that will purportedly change the “face” of the country in a matter of decades. But the so-called browning of America, sociologist Michael Rodríguez-Muñiz contends, has less to do with the complexion of growing populations than with past and present struggles shaping how demographic trends are popularly imagined and experienced. Offering an original and timely window into these struggles, Figures of the Future explores the population politics of national Latino civil rights groups. Based on eight years of ethnographic and qualitative research, spanning both the Obama and Trump administrations, this book investigates how several of the most prominent of these organizations—including UnidosUS (formerly NCLR), the League of United Latin American Citizens, and Voto Latino—have mobilized demographic data about the Latino population in dogged pursuit of political recognition and influence. In census promotions, get-out-the-vote campaigns, and policy advocacy, this knowledge has been infused with meaning, variously serving as future-oriented sources of inspiration, emblems for identification, and weapons for contestation. At the same time, Rodríguez-Muñiz considers why these political actors have struggled to translate this demographic growth into tangible political gain and how concerns about white backlash have affected how they forecast demographic futures. Figures of the Future looks closely at the politics surrounding ethnoracial demographic changes and their rising influence in U.S. public debate and discourse.