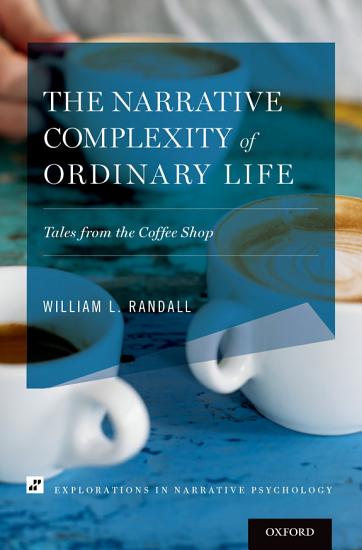 Book Description: William L. Randall shows how narrative psychology is integral to how we navigate everyday life. He makes the case that all people function as narrative psychologists by continually storying their lives - as well as those of others - in memory and imagination. The book weaves anecdotes of encounters its author experiences with speculations on his own life story, probing the narrative complexity of our memories, emotions, and identities, and our experience of everything from romance to rumour and history to religion. 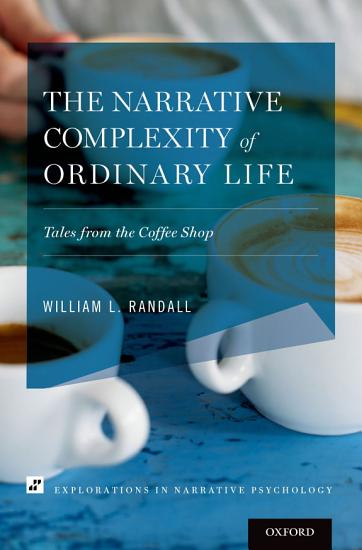 Book Description: Our everyday lives are enmeshed in storytelling: the stories we tell about our memories, the people we know, and the world we inhabit; those we tell about our families and communities; and the narratives we encounter in books, movies, and television. Narrative structures how we view ourselves and everything around us. In The Narrative Complexity of Ordinary Life, William L. Randall shows how concepts central to the study of narrative psychology--such as narrative development and the interrelation between narrative and identity, cognition, and development--are integral to everyday life. He makes the case that all people function as narrative psychologists by continually storying their lives in memory and imagination, as well as speculating on the stories that others may be living, a process that Randall refers to as storyotyping. Relying heavily on narrative, Randall draws from experiences in his own life to illustrate various concepts in narrative psychology. Randall's inquiry also takes him to the topics of gossip, rumor, and the narrative complexity of nostalgia. He contemplates the storied nature of the news, and by extension, history. Randall discusses the nature of spirituality and religion as "master narratives." He also draws upon the work of Dan McAdams to discuss how the stories people internalize and tell to others reveal a great deal about the way in which they interpret and experience the world around them, ultimately arguing that the recurring themes in people's lives shape their personalities. 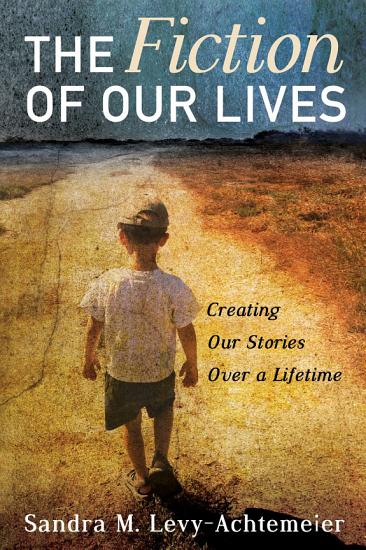 Book Description: We are the author of our own lives. We create, re-create, and co-create our stories over the lifetime we have been given in order to make something of ourselves in the process. Blending new findings from brain science and psychology with spiritual and theological insights, Sandra Levy-Achtemeier has written a readable work translating complex scientific and spiritual categories into practical terms that can inform our everyday selves. From our evolutionary roots that equip us to sing meaning into our living, to the cultural menus we now draw from to script new meaning into our days, she has given us an incredible wealth of wisdom to inform the rest of our life journeys. Underneath it all, Levy-Achtemeier makes the case that God's Spirit and call are at the center of our story--from our brain synapses to the historical circumstances that impinge on our lives. 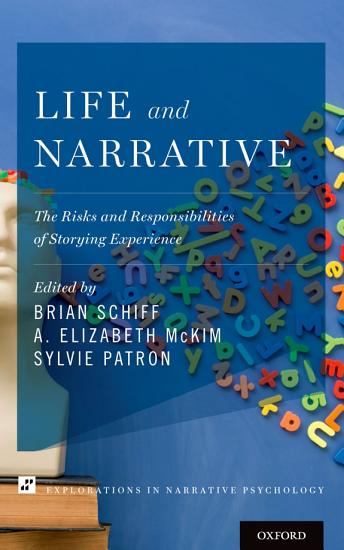 Book Description: The challenge of life and literary narrative is the central and perennial mystery of how people encounter, manage, and inhabit a self and a world of their own - and others' - creations. With a nod to the eminent scholar and psychologist Jerome Bruner, Life and Narrative: The Risks and Responsibilities of Storying Experience explores the circulation of meaning between experience and the recounting of that experience to others. A variety of arguments center around the kind of relationship life and narrative share with one another. In this volume, rather than choosing to argue that this relationship is either continuous or discontinuous, editors Brian Schiff, A. Elizabeth McKim, and Sylvie Patron and their contributing authors reject the simple binary and masterfully incorporate a more nuanced approach that has more descriptive appeal and theoretical traction for readers. Exploring such diverse and fascinating topics as 'Narrative and the Law,' 'Narrative Fiction, the Short Story, and Life,' 'The Body as Biography,' and 'The Politics of Memory,' Life and Narrative features important research and perspectives from both up-and-coming researchers and prominent scholars in the field - many of which who are widely acknowledged for moving the needle forward on the study of narrative in their respective disciplines and beyond. 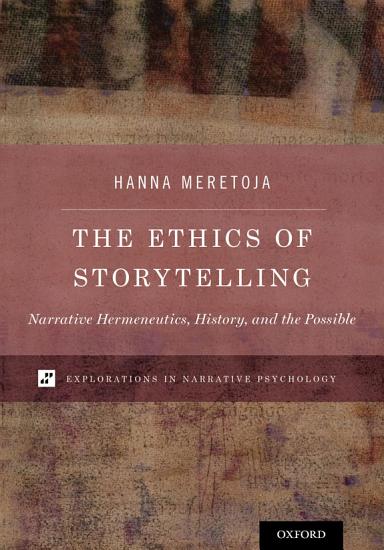 Book Description: Against the backdrop of the polarized debate on the ethical significance of storytelling, Hanna Meretoja's The Ethics of Storytelling: Narrative Hermeneutics, History, and the Possible develops a nuanced framework for exploring the ethical complexity of the roles narratives play in our lives.Focusing on how narratives enlarge and diminish the spaces of possibilities in which we act, think, and re-imagine the world together with others, this book proposes a theoretical-analytical framework for engaging with both the ethical potential and risks of storytelling. Further, it elaborates anarrative hermeneutics that treats narratives as culturally mediated practices of (re)interpreting experiences and articulates how narratives can be oppressive, empowering, or both. It also argues that the relationship between narrative unconscious and narrative imagination shapes our sense of thepossible.In her book, Meretoja develops a hermeneutic narrative ethics that differentiates between six dimensions of the ethical potential of storytelling: the power of narratives to cultivate our sense of the possible; to contribute to individual and cultural self-understanding; to enable understandingother lives non-subsumptively in their singularity; to transform the narrative in-betweens that bind people together; to develop our perspective-awareness and capacity for perspective-taking; and to function as a form of ethical inquiry. This book addresses our implication in violent histories andargues that it is as dialogic storytellers, fundamentally vulnerable and dependent on one another, that we become who we are: both as individuals and communities.The Ethics of Storytelling seamlessly incorporates narrative ethics, literary narrative studies, narrative psychology, narrative philosophy, and cultural memory studies. It contributes to contemporary interdisciplinary narrative studies by developing narrative hermeneutics as a philosophicallyrigorous, historically sensitive, and analytically subtle approach to the ethical stakes of the debate on the narrative dimension of human existence. 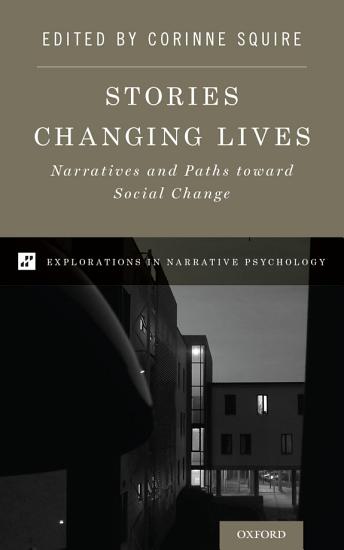 Book Description: "The seeds of the book were sown by a number of events, beginning over a decade ago, which foregrounded questions around the relationship between narrative and social change. The Centre for Narrative Research (CNR) at the University of East London hosted two international conferences on 'Narrative and social change' and 'Narrative and social justice', in 2007 and 2009; these topics were selected for sponsorship by the British Psychological Society's Qualitative Methods section. The 2012 Narrative Innovations summer school in Prato, Italy, organized by CNR alongside narrative researchers from Monash University, Australia, and Linkoping University, Sweden, which brought together graduate students from many countries, pointed up young narrative researchers' growing interests in social change. CNR and other narrative researchers' life story work with refugees, starting in 2015 in the so-called 'Jungle' refugee camp, in Calais, northern France (Africa et al., 2017), was an attempt to act on our social change interests in a more applied way. This work strengthened some of our ideas about the value of even minimal possibilities around personal narrative, as Bhabha's (2010) formulation of the 'right to narrate' suggests. A series of UK National Centre for Research Methods-funded events, in 2016, involving CNR, the Thomas Coram Research Unit at University College London, Edinburgh University's Centre for Narrative and Auto/biographical Studies, and visiting colleagues from South Africa and the US, also contributed to the book's making, by exploring participatory narrative research, addressing the involvement of research participants alongside researchers in all steps of the research, from defining research problems and doing the research, through to analysis, writing up and research dissemination"-- 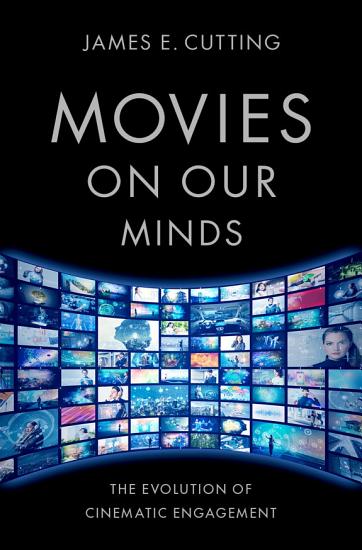 Book Description: This book traces the development of popular cinema from its inception to the present day to understand why humankind has expanded its viewing of popular movies over the last century. Drawing from his extensive work as a psychologist studying artistic canons, James E. Cutting presents hundreds of films across a wide range of genres and eras, considers the structure of frame content, shots, scenes, and larger narrational elements defined by color, brightness, motion, clutter, and range of other variables. He examines the effects of camera lenses, image layout, transitions, and historical functions to classify different kinds of shots. He explains the arcs of scenes, the larger structure of sequences, and the scene- and sequence-like units that have become increasingly prevalent in recent years. The book then breaks movies into larger, roughly half-hour parts and espouses the psychological evidence behind each device's intended effect, ultimately exploring the rhythms of whole movies, the flow of physical changes, and the cinematic polyrhythms that have come to match aspects those in the human body. Along the way, the book considers cultural and technological evolutions that have contributed to shifts in viewers' engagement by sustaining attention, promoting understanding of the narrative, heightening emotional commitment, and fostering felt presence in the story. Movies on Our Minds asks critical questions about how our emotional processes and the way our experiences of movies have changed over the course of cinematic history, for a cutting-edge look at what makes popular movies enjoyable. 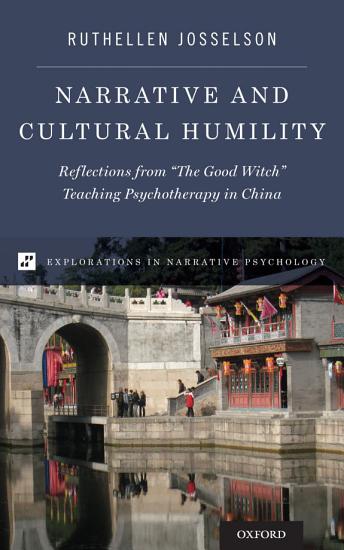 Book Description: People from Eastern and Western cultures have differences in their perception and understanding of the world that are not well represented by a collectivist/individualist distinction. Differences in worldview are inscribed in personal relationships and the ways in which people try to understand the "other" in relation to themselves. When people from the East and West encounter one another, these differences are brought to the fore in jarring moments of culture clash. Such encounters, seen through a contextualized narrative lens can offer insights for deeper cross-cultural knowing. In Narrative and Cultural Humility Ruthellen Josselson recounts her time teaching group therapy to Chinese therapists over the course of ten years and illustrates her own profound experience of cultural dissonance. For example, many of her students regarded her as what they termed "a good witch" seeing her as a transformative healer purveying something magical rather than a teacher of psychotherapy with theories and techniques that could be learned. At the same time, she was often mystified by their learning styles and organizational processes which were so different from her own experiences. In these instances, along with others chronicled in the book, Josselson confronts the foundational (and often unconscious) assumptions embedded in cultural worldviews (on both sides) that are manifest in nearly every interaction. This re-telling underscores the need for cultural humility when narrating one's experiences and the experiences of different relational cultures. While narrative is always rooted in culture-bound worldviews, it can also be a way of bridging them. Narrative and Cultural Humility ultimately tells the story of what it means to recognize our own unspoken assumptions to better connect with people of another culture. It also highlights the values and needs that are universally human. 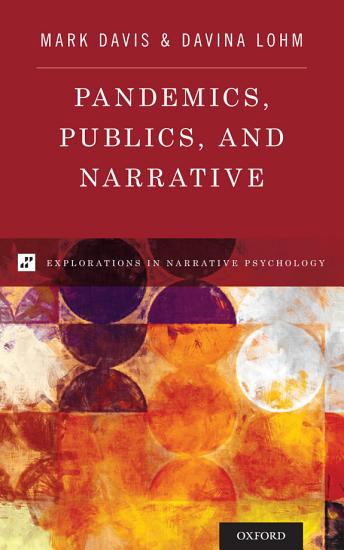 Book Description: Research suggests that future influenza pandemics are inevitable as strains of the virus mutate in new ways. With this uncomfortable reality in mind, this book examines how the general public experienced the 2009 H1N1 influenza virus outbreak by bringing together stories about individuals' perception of their illness, as well as reflections on news, vaccination, social isolation, and other infection control measures. The book also charts the story-telling of public life, including the 'be alert, not alarmed' messages from the beginning of the outbreak through to the narratives that emerged later when the virus turned out to be less serious than initially thought. Providing unprecedented insight into the lives of ordinary people faced with the specter of a potentially lethal virus and drawing on currents in sociocultural scholarship of narrative, illness narrative, and narrative medicine, Pandemics, Publics, and Narrative develops a novel 'public health narrative' approach of interest to health communicators and researchers across the social and health sciences.