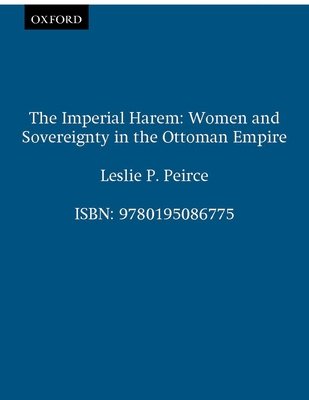 Book Description: The unprecedented political power of the Ottoman imperial harem in the sixteenth and seventeenth centuries is widely viewed as illegitimate and corrupting. This book examines the sources of royal women's power and assesses the reactions of contemporaries, which ranged from loyal devotion to armed opposition. By examining political action in the context of household networks, Leslie Peirce demonstrates that female power was a logical, indeed an intended, consequence of political structures. Royal women were custodians of sovereign power, training their sons in its use and exercising it directly as regents when necessary. Furthermore, they played central roles in the public culture of sovereignty--royal ceremonial, monumental building, and patronage of artistic production. The Imperial Harem argues that the exercise of political power was tied to definitions of sexuality. Within the dynasty, the hierarchy of female power, like the hierarchy of male power, reflected the broader society's control for social control of the sexually active. 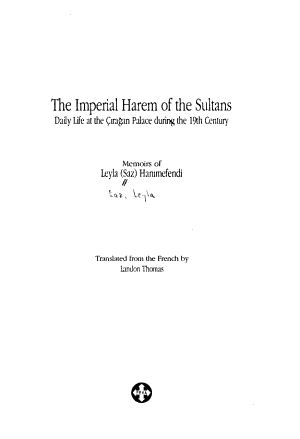 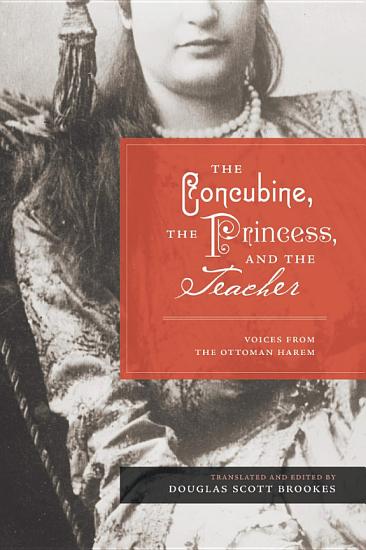 Book Description: In the Western imagination, the Middle Eastern harem was a place of sex, debauchery, slavery, miscegenation, power, riches, and sheer abandon. But for the women and children who actually inhabited this realm of the imperial palace, the reality was vastly different. In this collection of translated memoirs, three women who lived in the Ottoman imperial harem in Istanbul between 1876 and 1924 offer a fascinating glimpse "behind the veil" into the lives of Muslim palace women of the late nineteenth and early twentieth centuries. The memoirists are Filizten, concubine to Sultan Murad V; Princess Ayse, daughter of Sultan Abdulhamid II; and Safiye, a schoolteacher who instructed the grandchildren and harem ladies of Sultan Mehmed V. Their recollections of the Ottoman harem reveal the rigid protocol and hierarchy that governed the lives of the imperial family and concubines, as well as the hundreds of slave women and black eunuchs in service to them. The memoirists show that, far from being a place of debauchery, the harem was a family home in which polite and refined behavior prevailed. Douglas Brookes explains the social structure of the nineteenth-century Ottoman palace harem in his introduction. These three memoirs, written across a half century and by women of differing social classes, offer a fuller and richer portrait of the Ottoman imperial harem than has ever before been available in English. 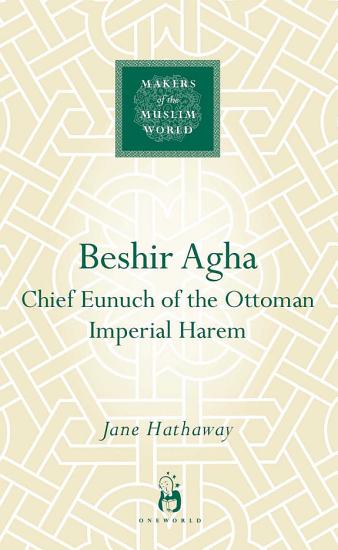 Book Description: This book explores the life of el-Hajj Beshir Agha (ca. 1657-1746), the most powerful Chief Harem Eunuch in the history of the Ottoman Empire Enslaved in his native Ethiopia as a boy, then castrated in Egypt, el-Hajj Beshir became one of hundreds of East African eunuchs who inhabited the imperial palace’s enormous harem. Rising through the ranks to become harem treasurer by 1707, he eventually oversaw the educations of crown princes and harem women whilst choosing and deposing a long series of grand viziers. Wielding unparallelled power and influence over the empire, the libraries that he founded throughout the region helped to shape the religious and intellectual profile of the Ottoman state. 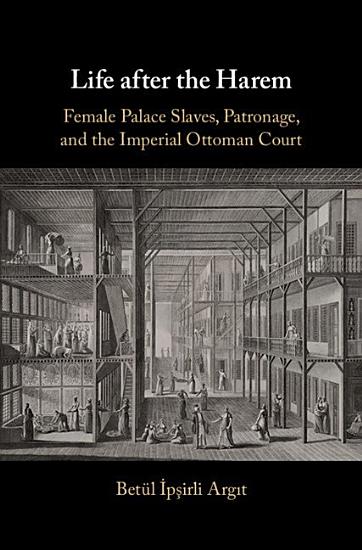 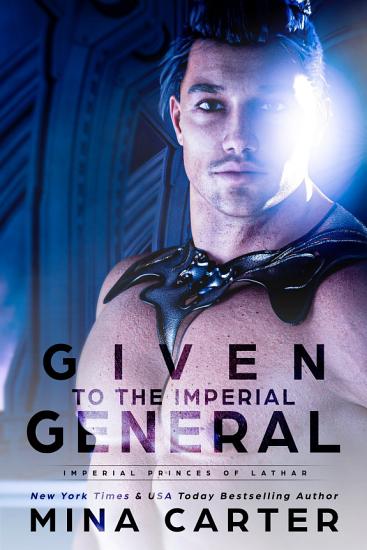 Book Description: Illicit love, for a man she shouldn’t even look at… Keliana knows it’s forbidden, but she can’t get the handsome colonel of out of her mind, nor can she ignore her dreams of one day loving him openly as a free woman. When she’s called before her prince and given to Nikolai as a gift, she thinks her dreams have finally come true. Until Nikolai is raised to prince. Now royal, he cannot marry a harem mistress and her fledging dreams are dashed. He’s always wanted her, but she belongs to his prince. Until now… Keliana is an imperial harem mistress, but that doesn’t stop Jareth Nikolai from wanting her. A colonel in the imperial fleet and the prince’s right hand man, Jareth has earned his reputation as a loyal, stone-cold soldier, but thoughts of Keliana heat his blood to boiling–even though she’s the property of his prince. But the Prince’s marriage means the imperial harem is being disbanded and when Jareth see’s his chance… he claims the curvy little courtesan for his own. But enemies plot in the shadows, and Jareth receives information that makes him believe he’s not the only man in the ex-harem-mistresses bed. Furious, he banishes her from his house to fend for herself on the streets only to realise weeks later he’s been played. Can he uncover the truth and reclaim the woman he’s loved for years, or has he lost everything that matters? **Please note - This title has previously been released with another publisher and has not been revised or altered significantly.** 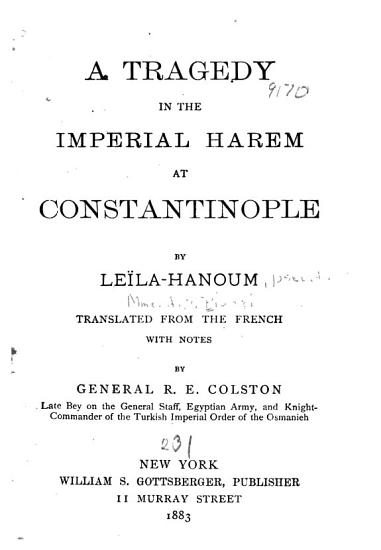