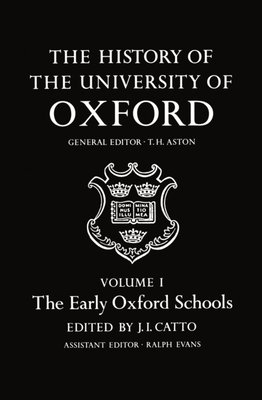 Book Description: This volume is primarily concerned with the establishment of the University in the twelfth and thirteenth centuries and the development of its studies in the high age of scholasticism, up to the great philosophical debate between William of Ockham and his Mertonian opponents in the fourteenth century. Contributors: R. W. Southern, M. B. Hackett, C. H. Lawrence, J. I. Catto, M. W. Sheehan, J. R. L. Highfield, T. H Aston, R. Faith, J. M. Fletcher, P. O. Lewry, J. A. Weisheipl, J. L. Barton, L. E. Boyle, Jean Dunbabin. 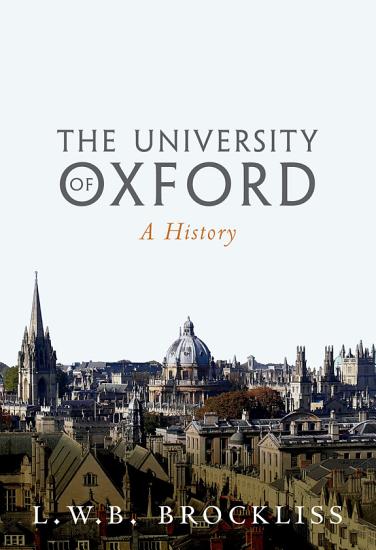 Book Description: This fresh and readable account gives a complete history of the University of Oxford, from its beginnings in the 11th century to the present day - charting Oxford's improbable rise from provincial backwater to modern meritocratic and secular university with an ever-growing commitment to new research. 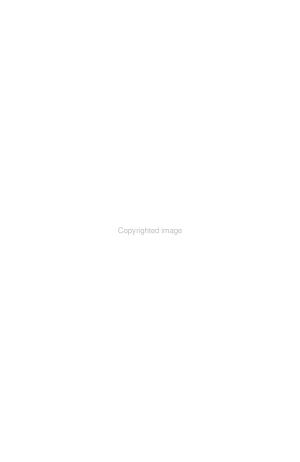 Book Description: The History of the University of Oxford will be an authoritative and comprehensive history of one of Britain's most important and influential institutions. Volume II examines the University during the late Middle Ages, when scholasticism was at its height. The expert contributors explore theacademic pursuits of the scholars of Oxford: theology, pre-eminently, but also philosophy, mathematics, law and medicine. They examine the nature of everyday life during the fourteenth and fifteenth centuries - the finances and administration of the colleges, their architecture, and the individualswho lived and worked in them. This is the definitive study of the medieval University of Oxford and a major contribution to scholarship. 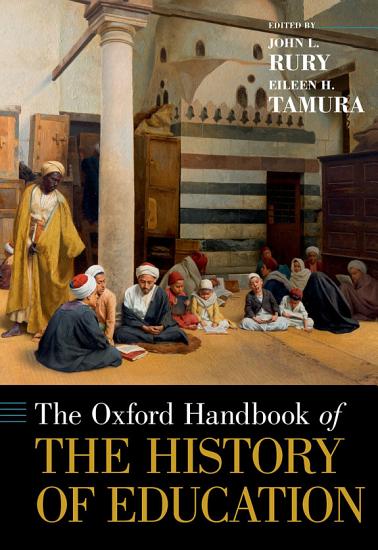 Book Description: This handbook offers a global view of the historical development of educational institutions, systems of schooling, ideas about education, and educational experiences. Its 36 chapters consider changing scholarship in the field, examine nationally-oriented works by comparing themes andapproaches, lend international perspective on a range of issues in education, and provide suggestions for further research and analysis.Like many other subfields of historical analysis, the history of education has been deeply affected by global processes of social and political change, especially since the 1960s. The handbook weighs the influence of various interpretive perspectives, including revisionist viewpoints, takingparticular note of changes in the past half century. Contributors consider how schooling and other educational experiences have been shaped by the larger social and political context, and how these influences have affected the experiences of students, their families and the educators who have workedwith them.The Handbook provides insight and perspective on a wide range of topics, including pre-modern education, colonialism and anti-colonial struggles, indigenous education, minority issues in education, comparative, international, and transnational education, childhood education, non-formal and informaleducation, and a range of other issues. Each contribution includes endnotes and a bibliography for readers interested in further study. 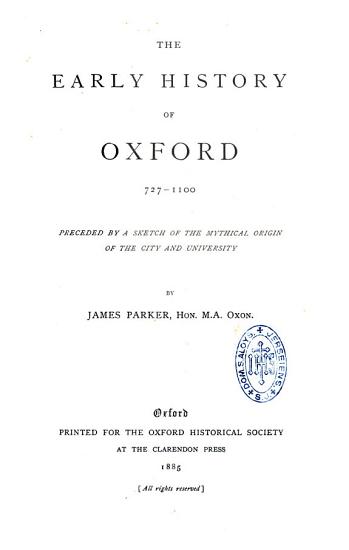 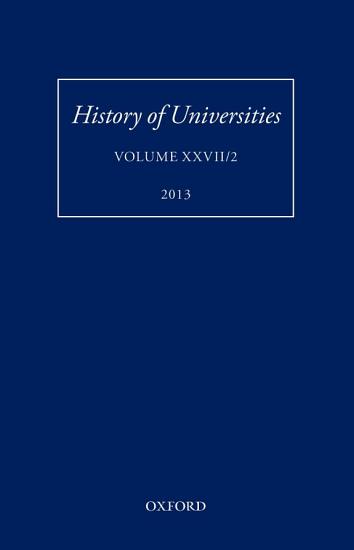 Book Description: Volume XXVII/2 of History of Universities contains the customary mix of learned articles and book reviews which makes this publication such an indispensable tool for the historian of higher education. The volume is, as always, a lively combination of original research and invaluable reference material. 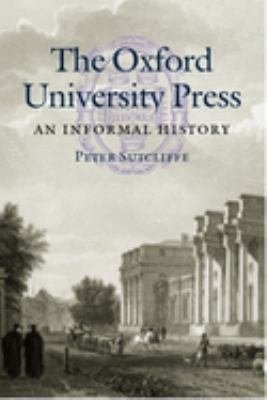 Book Description: This book provides an informal and somewhat technical history of the Oxford Press for the 500th anniversary. The majority of the text covers the last 200 years of the press' history, from about 1800 onwards. The material comes from Oxford Press files, letter-books, miscellaneous papers and notes, and the minutes from the Delegates. 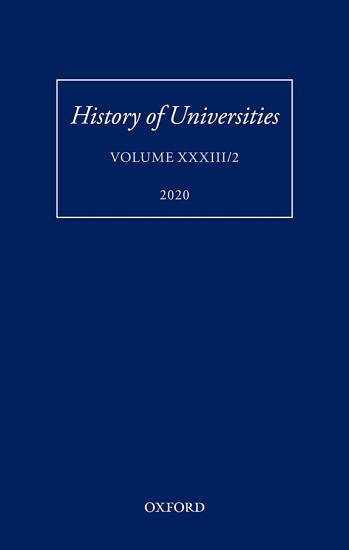 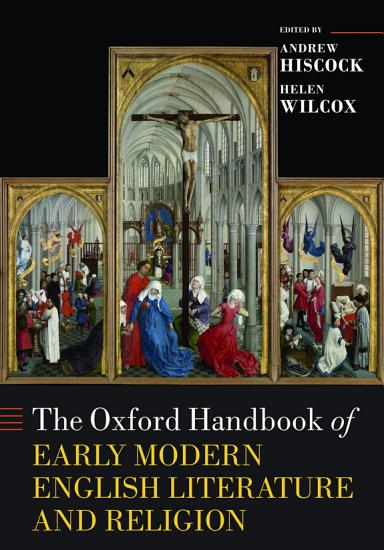 Book Description: This pioneering Handbook offers a comprehensive consideration of the dynamic relationship between English literature and religion in the early modern period. The sixteenth and seventeenth centuries were the most turbulent times in the history of the British church - and, perhaps as a result, produced some of the greatest devotional poetry, sermons, polemics, and epics of literature in English. The early-modern interaction of rhetoric and faith is addressed in thirty-nine chapters of original research, divided into five sections. The first analyses the changes within the church from the Reformation to the establishment of the Church of England, the phenomenon of puritanism and the rise of non-conformity. The second section discusses ten genres in which faith was explored, including poetry, prophecy, drama, sermons, satire, and autobiographical writings. The middle section focuses on selected individual authors, among them Thomas More, Christopher Marlowe, John Donne, Lucy Hutchinson, and John Milton. Since authors never write in isolation, the fourth section examines a range of communities in which writers interpreted their faith: lay and religious households, sectarian groups including the Quakers, clusters of religious exiles, Jewish and Islamic communities, and those who settled in the new world. Finally, the fifth section considers some key topics and debates in early modern religious literature, ranging from ideas of authority and the relationship of body and soul, to death, judgment, and eternity. The Handbook is framed by a succinct introduction, a chronology of religious and literary landmarks, a guide for new researchers in this field, and a full bibliography of primary and secondary texts relating to early modern English literature and religion. 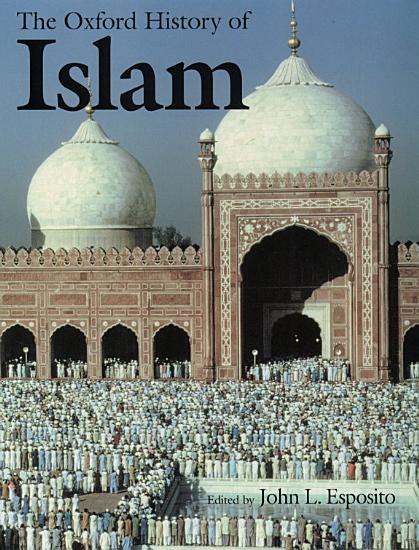 Book Description: Lavishly illustrated with over 300 pictures, including more than 200 in full color, The Oxford History of Islam offers the most wide-ranging and authoritative account available of the second largest--and fastest growing--religion in the world. John L. Esposito, Editor-in-Chief of the four-volume Oxford Encyclopedia of the Modern Islamic World, has gathered together sixteen leading scholars, both Muslim and non-Muslim, to examine the origins and historical development of Islam--its faith, community, institutions, sciences, and arts. Beginning in the pre-Islamic Arab world, the chapters range from the story of Muhammad and his Companions, to the development of Islamic religion and culture and the empires that grew from it, to the influence that Islam has on today's world. The book covers a wide array of subjects, casting light on topics such as the historical encounter of Islam and Christianity, the role of Islam in the Mughal and Ottoman empires, the growth of Islam in Southeast Asia, China, and Africa, the political, economic, and religious challenges of European imperialism in the nineteenth and twentieth centuries, and Islamic communities in the modern Western world. In addition, the book offers excellent articles on Islamic religion, art and architecture, and sciences as well as bibliographies. Events in the contemporary world have led to an explosion of interest and scholarly work on Islam. Written for the general reader but also appealing to specialists, The Oxford History of Islam offers the best of that recent scholarship, presented in a readable style and complemented by a rich variety of illustrations.