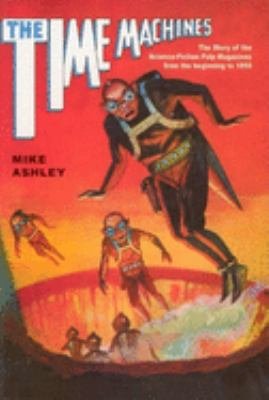 Book Description: This is the first of three volumes that chart the history of the science fiction magazine from the earliest days to the present. This first volume looks at the exuberant years of the pulp magazines. It traces the growth and development of the science fiction magazines from when Hugo Gernsback launched the very first, Amazing Stories, in 1926 through to the birth of the atomic age and the death of the pulps in the early 1950s. These were the days of the youth of science fiction, when it was brash, raw and exciting: the days of the first great space operas by Edward Elmer Smith and Edmond Hamilton, through the cosmic thought variants by Murray Leinster, Jack Williamson and others to the early 1940s when John W. Campbell at Astounding did his best to nurture the infant genre into adulthood. Under him such major names as Robert A. Heinlein, Isaac Asimov, A. E. van Vogt and Theodore Sturgeon emerged who, along with other such new talents as Ray Bradbury and Arthur C. Clarke, helped create modern science fiction. For over forty years magazines were at the heart of science fiction and this book considers how the magazines, and their publishers, editors and authors influenced the growth and perception of this fascinating genre. 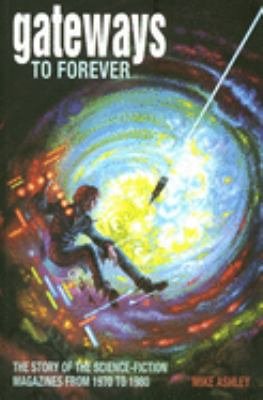 Book Description: In the 1970s science fiction exploded into the popular consciousness, appearing everywhere along the cultural spectrum—from David Bowie’s alien stage persona to the massively successful global juggernaut that was Star Wars. With the American involvement in Vietnam reaching its bitter conclusion, the Apollo moon program ending, and awareness of humanity’s destructive impact on the environment increasing, our planet began to seem a smaller, lonelier, more fragile place—and the escapist appeal of science fiction grew. Corresponding with these tumultuous events was a period of significant American economic decline, and, as Mike Ashley shows in Gateways to Forever, the once-enormously-popular science fiction magazines struggled to survive. The third volume of this award-winning series chronicles the publications’ most difficult period so far. The decade began with the death of John Campbell Jr., the man who launched the magazine Astonishing, and with it science fiction’s prominence as a genre. The widespread popularization of sci-fi imagery reflected a newly diversified market—new anthologies, fanzines, role-playing games, comics, and blockbuster films all fought for the attention and money of sci-fi fans. Ashley shows how the traditional magazines coped with these setbacks but also how they, as always, looked to the future, as the decade closed and the earliest precursors to the Internet emerged. Mike Ashley’s groundbreaking history is a monument to science fiction’s evolution. As the genre continues to infiltrate mainstream literature, Gateways to Forever is essential reading for anyone interested in seeing how it all began. 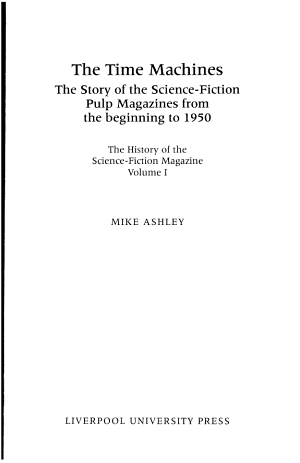 Book Description: The first of three volumes, this history takes on the early days of the science-fiction pulp magazine, from its birth in the technophobic years after World War I through its decline in the atomic age. In their heyday, the magazines produced world-class writers including Isaac Asimov, Theodore Sturgeon, Ray Bradbury, and Arthur C. Clarke and helped create science fiction as it exists today. Ashley, a writer who's specialized in the history of science fiction and fantasy for almost 30 years, includes four appendices that provide details about non-English language magazines; a summary of science-fiction magazines, with issue and editorial details; a directory of magazine editors and publishers through 1950; and a directory of magazine cover artists. Distributed by ISBS. c. Book News Inc. 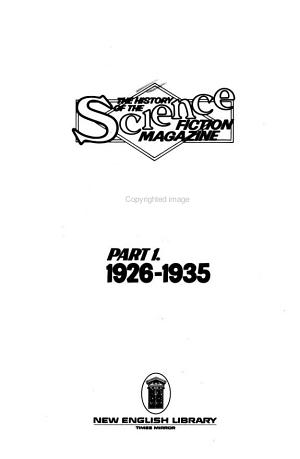 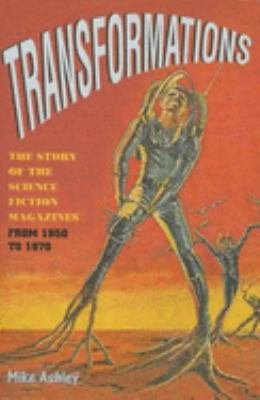 Book Description: Presents the history of the science fiction magazines from the earliest days onwards. This title reveals the turbulent period that witnessed the extraordinary rise and fall and rise again of science. It discusses the emergence of magazines such as Galaxy, Startling Stories and Fantastic. 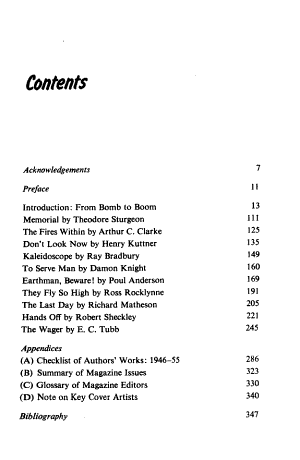 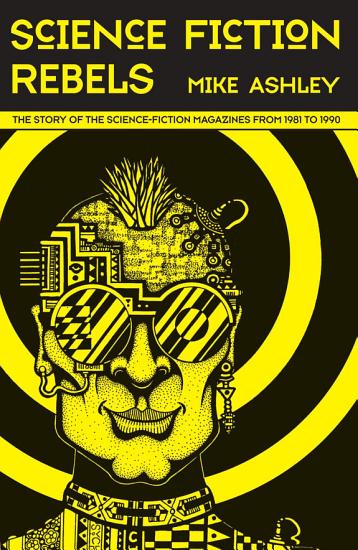 Book Description: Mike Ashley's acclaimed history of science-fiction magazines comes to the 1980s with Science-Fiction Rebels: The Story of the Science Fiction Magazines from 1981 to 1990. This volume charts a significant revolution throughout science fiction, much of which was driven by the alternative press, and by new editors at the leading magazines. The period saw the emergence of the cyberpunk movement, and the drive for, what David Hartwell called, 'The Hard SF Renaissance', which was driven from within Britain. Ashley plots the rise of many new authors in both strands: William Gibson, John Shirley, Bruce Sterling, John Kessel, Pat Cadigan, Rudy Rucker in cyberpunk, and Stephen Baxter, Alistair Reynolds, Peter Hamilton, Neal Asher, Robert Reed, in hard sf. He also shows how the alternative magazines looked to support each other through alliances, which allowed them to share and develop ideas as science-fiction evolved. 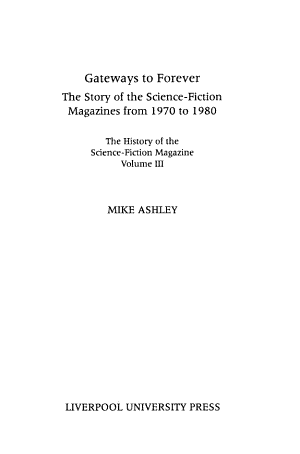 Book Description: The working cowboy would never be found in great abundance in the pulp magazines, or in the dime novels, in hard- or soft-cover books, or something else. A man for all seasons, the cowboy of fiction survives because of the genius of first-rate authors like James Fenimore Cooper and such modern masters of the art as Fred Glidden (Luke Short) and Ernest Haycox, and in spite of the works of hacks like Edward Judson (Ned Buntline). This book covers a generation, the pulp era of the 1920s, 30s, and 40s of pulp fictioneers who cranked out millions, perhaps even hundreds of millions, or words for the several hundred western pulp magazines then active. It also provides a short history of the origins of Western American fiction, plus a brief commentary on the genres evolution into the paperback era.