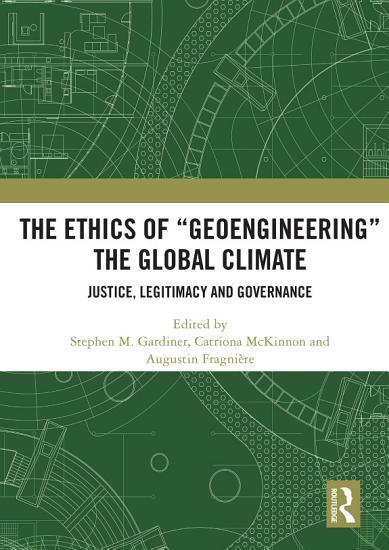 Book Description: In the face of limited time and escalating impacts, some scientists and politicians are talking about attempting "grand technological interventions" into the Earth’s basic physical and biological systems ("geoengineering") to combat global warming. Early ideas include spraying particles into the stratosphere to block some incoming sunlight, or "enhancing" natural biological systems to withdraw carbon dioxide from the atmosphere at a higher rate. Such technologies are highly speculative and scientific development of them has barely begun. Nevertheless, it is widely recognized that geoengineering raises critical questions about who will control planetary interventions, and what responsibilities they will have. Central to these questions are issues of justice and political legitimacy. For instance, while some claim that climate risks are so severe that geoengineering must be attempted, others insist that the current global order is so unjust that interventions are highly likely to be illegitimate and exacerbate injustice. Such concerns are rarely discussed in the policy arena in any depth, or with academic rigor. Hence, this book gathers contributions from leading voices and rising stars in political philosophy to respond. It is essential reading for anyone puzzled about how geoengineering might promote or thwart the ends of justice in a dramatically changing world. The chapters in this book were originally published in the journals: Ethics, Policy & the Environment and Critical Review of International Social and Political Philosophy. 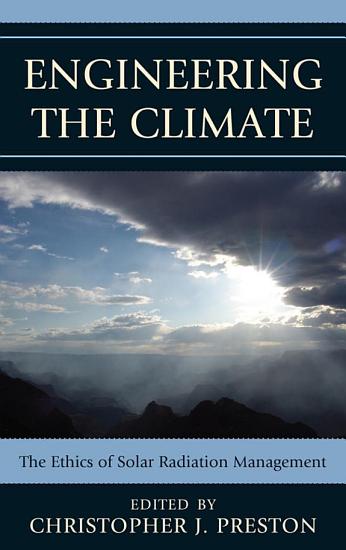 Book Description: Engineering the Climate: The Ethics of Solar Radiation Management discusses the ethical issues associated with deliberately engineering a cooler climate to combat global warming. Climate engineering (also known as geoengineering) has recently experienced a surge of interest given the growing likelihood that the global community will fail to limit the temperature increases associated with greenhouse gases to safe levels. Deliberate manipulation of solar radiation to combat climate change is an exciting and hopeful technical prospect, promising great benefits to those who are in line to suffer most through climate change. At the same time, the prospect of geoengineering creates huge controversy. Taking intentional control of earth’s climate would be an unprecedented step in environmental management, raising a number of difficult ethical questions. One particular form of geoengineering, solar radiation management (SRM), is known to be relatively cheap and capable of bringing down global temperatures very rapidly. However, the complexity of the climate system creates considerable uncertainty about the precise nature of SRM’s effects in different regions. The ethical issues raised by the prospect of SRM are both complex and thorny. They include: 1) the uncertainty of SRM’s effects on precipitation patterns, 2) the challenge of proper global participation in decision-making, 3) the legitimacy of intentionally manipulating the global climate system in the first place, 4) the potential to sidestep the issue of dealing with greenhouse gas emissions, and, 5) the lasting effects on future generations. It has been widely acknowledged that a sustained and scholarly treatment of the ethics of SRM is necessary before it will be possible to make fair and just decisions about whether (or how) to proceed. This book, including essays by 13 experts in the field of ethics of geoengineering, is intended to go some distance towards providing that treatment. 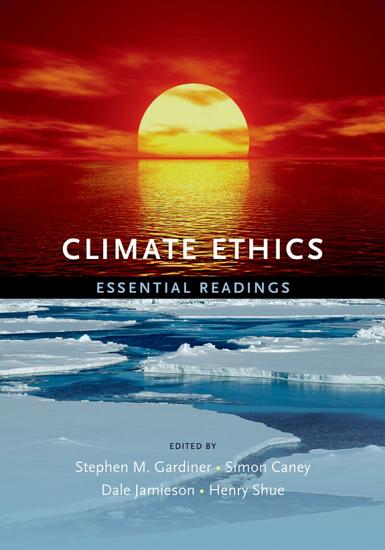 Book Description: This collection gathers a set of seminal papers from the emerging area of ethics and climate change. Topics covered include human rights, international justice, intergenerational ethics, individual responsibility, climate economics, and the ethics of geoengineering. Climate Ethics is intended to serve as a source book for general reference, and for university courses that include a focus on the human dimensions of climate change. It should be of broad interest to all those concerned with global justice, environmental science and policy, and the future of humanity. 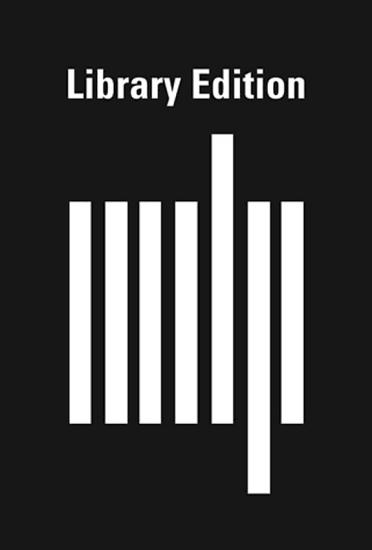 Book Description: An analytically precise and theoretically probing exploration of the challenge to our values and virtues posed by climate change. Predictions about global climate change have produced both stark scenarios of environmental catastrophe and purportedly pragmatic ideas about adaptation. This book takes a different perspective, exploring the idea that the challenge of adapting to global climate change is fundamentally an ethical one, that it is not simply a matter of adapting our infrastructures and economies to mitigate damage but rather of adapting ourselves to realities of a new global climate. The challenge is to restore our conception of humanity—to understand human flourishing in new ways—in an age in which humanity shapes the basic conditions of the global environment. In the face of what we have unintentionally done to Earth's ecology, who shall we become? The contributors examine ways that new realities will require us to revisit and adjust the practice of ecological restoration; the place of ecology in our conception of justice; the form and substance of traditional virtues and vices; and the organizations, scale, and underlying metaphors of important institutions. Topics discussed include historical fidelity in ecological restoration; the application of capability theory to ecology; the questionable ethics of geoengineering; and the cognitive transformation required if we are to “think like a planet.” 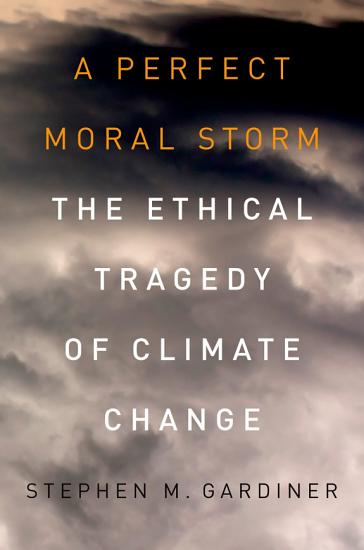 Book Description: Climate change is arguably the great problem confronting humanity, but we have done little to head off this looming catastrophe. In The Perfect Moral Storm, philosopher Stephen Gardiner illuminates our dangerous inaction by placing the environmental crisis in an entirely new light, considering it as an ethical failure. Gardiner clarifies the moral situation, identifying the temptations (or "storms") that make us vulnerable to a certain kind of corruption. First, the world's most affluent nations are tempted to pass on the cost of climate change to the poorer and weaker citizens of the world. Second, the present generation is tempted to pass the problem on to future generations. Third, our poor grasp of science, international justice, and the human relationship to nature helps to facilitate inaction. As a result, we are engaging in willful self-deception when the lives of future generations, the world's poor, and even the basic fabric of life on the planet is at stake. We should wake up to this profound ethical failure, Gardiner concludes, and demand more of our institutions, our leaders and ourselves. "This is a radical book, both in the sense that it faces extremes and in the sense that it goes to the roots." —Notre Dame Philosophical Reviews "The book's strength lies in Gardiner's success at understanding and clarifying the types of moral issues that climate change raises, which is an important first step toward solutions." —Science Magazine "Gardiner has expertly explored some very instinctual and vitally important considerations which cannot realistically be ignored. —Required reading." —Green Prophet "Gardiner makes a strong case for highlighting and insisting on the ethical dimensions of the climate problem, and his warnings about buck-passing and the dangerous appeal of moral corruptions hit home." —Times Higher Education "Stephen Gardiner takes to a new level our understanding of the moral dimensions of climate change. A Perfect Moral Storm argues convincingly that climate change is the greatest moral challenge our species has ever faced - and that the problem goes even deeper than we think." —Peter Singer, Princeton University 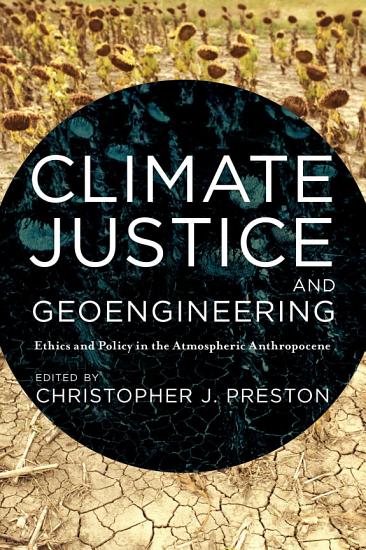 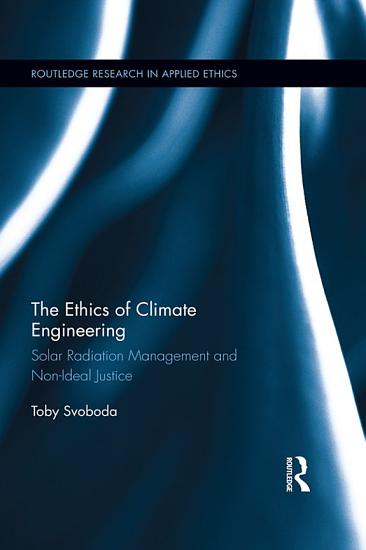 Book Description: This book analyzes major ethical issues surrounding the use of climate engineering, particularly solar radiation management (SRM) techniques, which have the potential to reduce some risks of anthropogenic climate change but also carry their own risks of harm and injustice. The book argues that we should approach the ethics of climate engineering via "non-ideal theory," which investigates what justice requires given the fact that many parties have failed to comply with their duty to mitigate greenhouse gas emissions. Specifically, it argues that climate justice should be approached comparatively, evaluating the relative justice or injustice of feasible policies under conditions that are likely to hold within relevant timeframes. Likely near-future conditions include "pessimistic scenarios," in which no available option avoids serious ethical problems. The book contends that certain uses of SRM can be ethically defensible in some pessimistic scenarios. This is the first book devoted to the many ethical issues surrounding climate engineering. 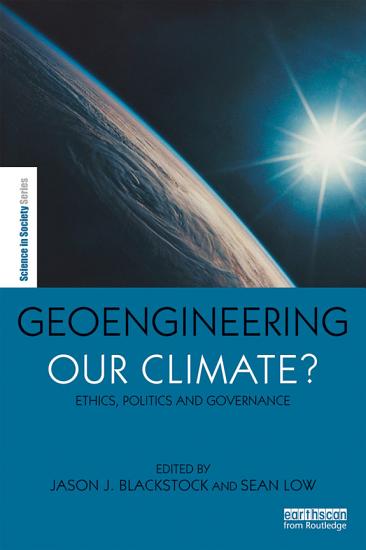 Book Description: If the detrimental impacts of human-induced climate change continue to mount, technologies for geoengineering our climate – i.e. deliberate modifying of the Earth's climate system at a large scale – are likely to receive ever greater attention from countries and societies worldwide. Geoengineering technologies could have profound ramifications for our societies, and yet agreeing on an international governance framework in which even serious research into these planetary-altering technologies can take place presents an immense international political challenge. In this important book, a diverse collection of internationally respected scientists, philosophers, legal scholars, policymakers, and civil society representatives examine and reflect upon the global geoengineering debate they have helped shape. Opening with essays examining the historic origins of contemporary geoengineering ideas, the book goes on to explore varying perspectives from across the first decade of this global discourse since 2006. These essays methodically cover: the practical and ethical dilemmas geoengineering poses; the evolving geoengineering research agenda; the challenges geoengineering technologies present to current international legal and political frameworks; and differing perceptions of geoengineering from around the world. The book concludes with a series of forward looking essays, some drawing lessons from precedents for governing other global issues, others proposing how geoengineering technologies might be governed if/as they begin to emerge from the lab into the real world. This book is an indispensable resource for scientists, activists, policymakers, and political figures aiming to engage in the emerging debate about geoengineering our climate.

Book Description: This book examines from different perspectives the moral significance of non-human members of the biotic community and their omission from climate ethics literature. The complexity of life in an age of rapid climate change demands the development of moral frameworks that recognize and respect the dignity and agency of both human and non-human organisms. Despite decades of careful work in non-anthropocentric approaches to environmental ethics, recent anthologies on climate ethics have largely omitted non-anthropocentric approaches. This multidisciplinary volume of international scholars tackles this lacuna by presenting novel work on non-anthropocentric approaches to climate ethics. Written in an accessible style, the text incorporates sentiocentric, biocentric, and ecocentric perspectives on climate change. With diverse perspectives from both leading and emerging scholars of environmental ethics, geography, religious studies, conservation ecology, and environmental studies, this book will offer a valuable reading for students and scholars of these fields.