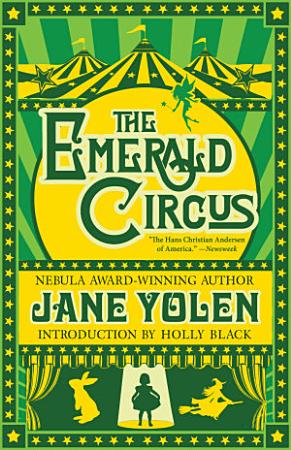 
2018 World Fantasy Award winner “The best book I’ve read in a long time.” —Brandon Sanderson, author of Mistborn Where is Wendy? Leading a labor strike against the Lost Boys, of course. In Jane Yolen’s first full collection in more than ten years discover new and uncollected tales of beloved characters, literary legends, and much more. A Scottish academic unearths ancient evil in a fishing village. Edgar Allan Poe’s young bride is beguiled by a most unusual bird. Dorothy, lifted from Kansas, returns as a gymnastic sophisticate. Emily Dickinson dwells in possibility and sails away in a starship made of light. Alice’s wicked nemesis has jaws and claws but really needs a sense of humor. Enter the Emerald Circus and be astonished by the transformations within. -- Jane Yolen 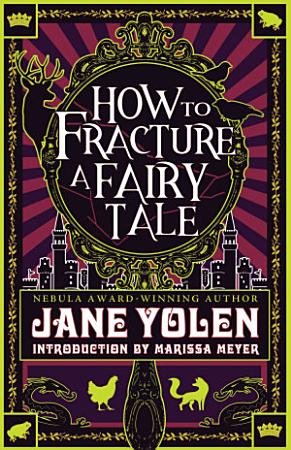 
“This collection is Jane Yolen at her best. This is magic.”—Patricia C. Wrede, author of the Enchanted Forest Chronicles Fantasy icon Jane Yolen (The Devil’s Arithmetic, Briar Rose, Sister Emily’s Lightship) is adored by generations of readers of all ages. Now she triumphantly returns with this inspired gathering of fractured fairy tales and legends. Yolen breaks open the classics to reveal their crystalline secrets: a philosophical bridge that misses its troll, a spinner of straw as a falsely accused moneylender, the villainous wolf adjusting poorly to retirement. Each of these offerings features a new author note and original poem, illuminating tales that are old, new, and brilliantly refined. 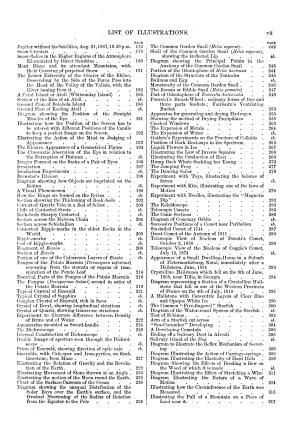 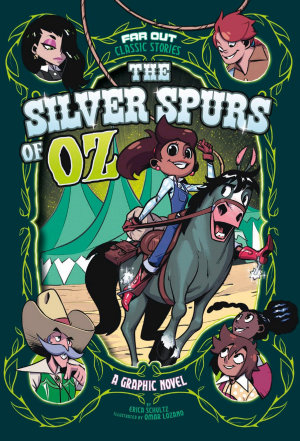 
Cowgirl Dorothy and her horse, Toto, are taking the Yellow Dust Road on the way to the Great Wiz Kid's Emerald Circus of Oz for auditions, and along the way she meets Tinny, Crow, Leo, and Strega West who are also looking to audition--but in the morning Strega has disappeared, along with Dorothy's lucky silver spurs, and Dorothy must summon her inner courage to perform her best at the audition. 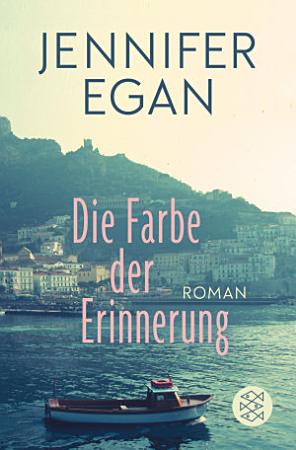 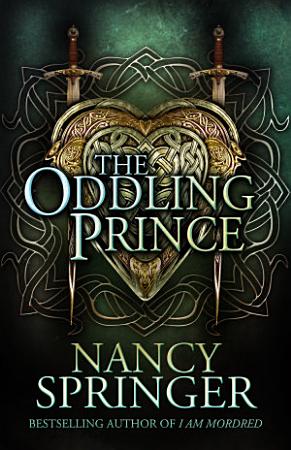 
In the ancient moors of Scotland, the king of Calidon lies on his deathbed, cursed by a ring that cannot be removed from his finger. When a mysterious fey stranger appears to save the king, he also carries a secret that could tear the royal family apart. The kingdom’s only hope will lie with two young men raised worlds apart. Aric is the beloved heir to the throne of Calidon; Albaric is clearly of noble origin yet strangely out of place. The Oddling Prince is a tale of brothers whose love and loyalty to each other is such that it defies impending warfare, sundering seas, fated hatred, and the very course of time itself. In her long-awaited new fantasy novel, Nancy Springer (the Books of Isle series) explores the darkness of the human heart as well as its unceasing capacity for love. 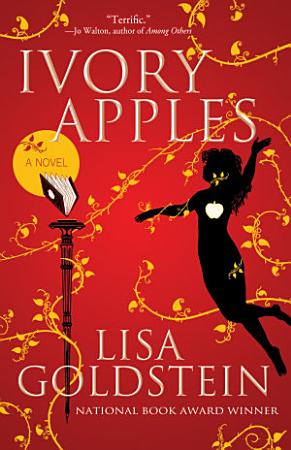 
Ivy and her sisters have a secret: their reclusive Great-Aunt is actually Adela Madden, inspired author of the fantasy classic, Ivory Apples. Generations of obsessive fans have searched for Adela, poring over her letters, sharing their theories online, and gathering at book conventions. It is just a matter of time before one fan gets too close. So when the seemingly-perfect Kate Burden appears at the local park, Ivy knows that something isn’t right. Kate has charmed the entire family, but she is suspiciously curious about Ivory Apples. And Ivy must protect what she and her Great-Aunt share: magic that is real, untamable, and—despite anyone’s desire—always prefers choosing its own vessel. 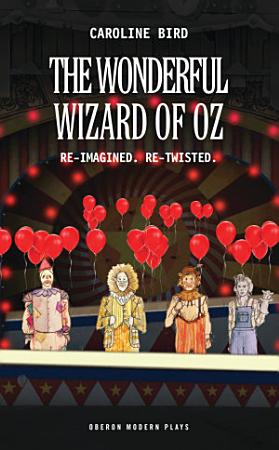 
An angry orphan escapes a grey town on the back of a hurricane. She lands in a mysterious country of tiny people and wicked witches, where the trees carry bazookas, the crows recite slam poetry, and a mouse can blow your head off. In just one day, this little girl revolutionizes an entire nation. She brings freedom, and colour. Her name is DOROTHY. 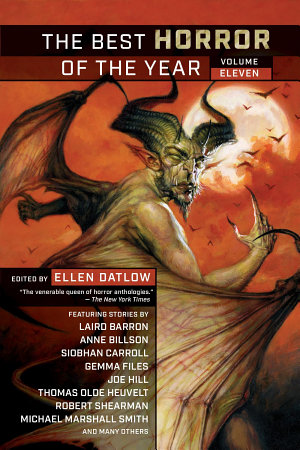 
For more than three decades, Ellen Datlow has been at the center of horror. Bringing you the most frightening and terrifying stories, Datlow always has her finger on the pulse of what horror readers crave. Now, with the tenth volume of the series, Datlow is back again to bring you the stories that will keep you up at night. Encompassed in the pages of The Best Horror of the Year have been such illustrious writers as: Neil Gaiman Kim Stanley Robinson Stephen King Linda Nagata Laird Barron Margo Lanagan And many others With each passing year, science, technology, and the march of time shine light into the craggy corners of the universe, making the fears of an earlier generation seem quaint. But this light creates its own shadows. The Best Horror of the Year chronicles these shifting shadows. It is a catalog of terror, fear, and unpleasantness as articulated by today’s most challenging and exciting writers. 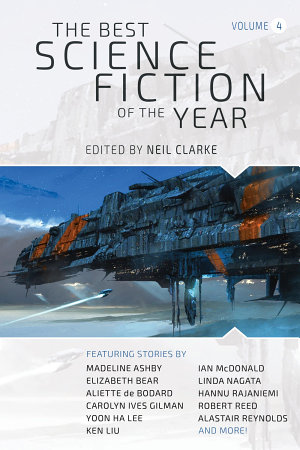 
From Hugo Award-winning editor Neil Clarke, the best science fiction stories of the year are collected in a single paperback volume. Keeping up-to-date with the most buzzworthy and cutting-edge science fiction requires sifting through countless magazines, e-zines, websites, blogs, original anthologies, single-author collections, and more―a task accomplishable by only the most determined and voracious readers. For everyone else, Night Shade Books is proud to introduce the latest volume of The Best Science Fiction of the Year, a yearly anthology compiled by Hugo and World Fantasy Award–winning editor Neil Clarke, collecting the finest that the genre has to offer, from the biggest names in the field to the most exciting new writers. The best science fiction scrutinizes our culture and politics, examines the limits of the human condition, and zooms across galaxies at faster-than-light speeds, moving from the very near future to the far-flung worlds of tomorrow in the space of a single sentence. Clarke, publisher and editor-in-chief of the acclaimed and award-winning magazine Clarkesworld, has selected the short science fiction (and only science fiction) best representing the previous year’s writing, showcasing the talent, variety, and awesome “sensawunda” that the genre has to offer. 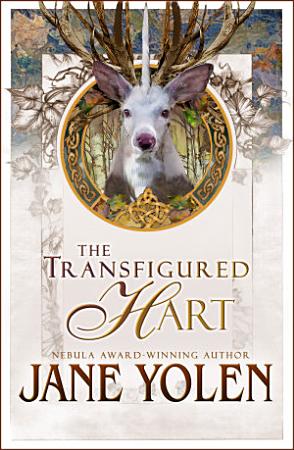 
“The mythology of unicorns is cleverly interwoven with the modern elements. This, combined with a strikingly beautiful and simple style, leave the reader with the feeling of having experienced something magical. And the real magic lies in the mastery of Yolen's storytelling.”—SF Site Is what Richard saw in the woods really a unicorn? Beloved fantasy legend Jane Yolen (The Devil's Arithmetic; Sister Light, Sister Dark) offers an unexpected answer in this perfect jewel of a coming-of-age story. The Transfigured Hart bridges the wondrous in-between world where adults rediscover childhood wonder and children discover new favorite tales. 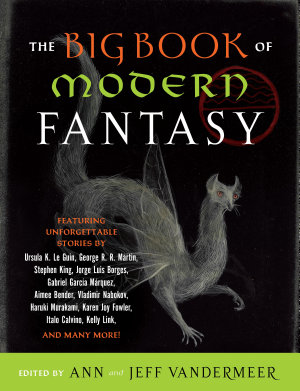 
From award-winning, bestselling authors Ann and Jeff VanderMeer comes a true horde of fantasy tales sure to delight fans, scholars—even the greediest of dragons. Step through a shimmering portal . . . a worn wardrobe door . . . a schism in sky . . . into a bold new age of fantasy. When worlds beyond worlds became a genre unto itself. From the swinging sixties to the strange, strange seventies, the over-the-top eighties to the gnarly nineties--and beyond, into the twenty-first century--the VanderMeers have found the stories and the writers from around the world that reinvented and revitalized the fantasy genre after World War II. The stories in this collection represent twenty-two different countries, including Russia, Argentina, Nigeria, Columbia, Pakistan, Turkey, Finland, Sweden, China, the Philippines, and the Czech Republic. Five have never before been translated into English. From Jorge Luis Borges to Ursula K. Le Guin, Michael Moorcock to Angela Carter, Terry Pratchett to Stephen King, the full range and glory of the fantastic are on display in these ninety-one stories in which dragons soar, giants stomp, and human children should still think twice about venturing alone into the dark forest. Completing Ann and Jeff VanderMeer's definitive The Big Book of Classic Fantasy, this companion volume to takes the genre into the twenty-first century with ninety-one astonishing, mind-bending stories. A VINTAGE ORIGINAL