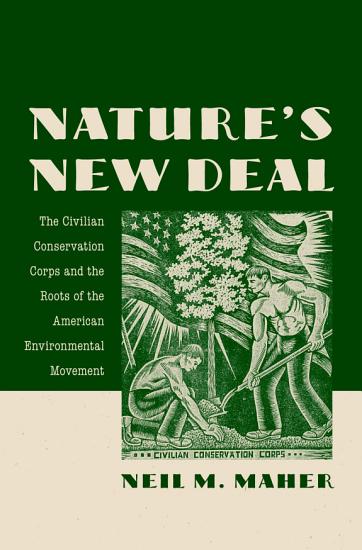 Book Description: Neil M. Maher examines the history of one of Franklin D. Roosevelt's boldest and most successful experiments, the Civilian Conservation Corps, describing it as a turning point both in national politics and in the emergence of modern environmentalism. 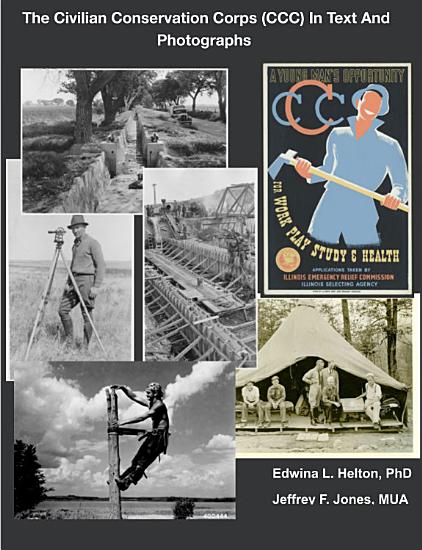 Book Description: INTRODUCTION They came from all over America—from the big cities, from the small towns, from the farms—tens of thousands of young men, to serve in the vanguard of Franklin D. Roosevelt's New Deal in the spring of 1933. They were the young men of the Civilian Conservation Corps. They opted for long days and hard, dirty work, living in quasi-military camps often far from home in the nation's publicly owned forests and parks. But they earned money to send back to their needy families, received three square meals a day, and escaped from idle purposelessness by contributing to the renewal and beautification of the country. By the time the CCC program ended as the nation was entering World War II, more than 2.5 million men had served in more than 4,500 camps across the country. The men had planted over 3 billion trees, combated soil erosion and forest fires, and occasionally dealt with natural disasters such as hurricanes, floods, and droughts. CONTENTS: Copyright History Photographs - Men At Work And Play Photographs - Buildings And Completed Public Improvements The Civilian Conservation Corps and the National Park Service, 1933-1942: An Administrative History The Forest Service And The Civilian Conservation Corps: 1933-42 The Work Of The Civilian Conservation Corps - Pioneering Conservation in Louisiana The Bureau Of Reclamation’s Civilian Conservation Corps Legacy: 1933 - 1942 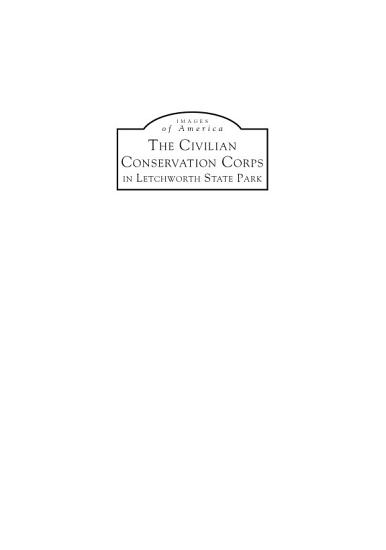 Book Description: Letchworth State Park, located in the Genesee Valley of western New York State, is renowned for its natural beauty, scenic roads, trails, and recreational facilities. Created from the private estate of William Pryor Letchworth in 1907, the park quickly grew in size and popularity. A series of ambitious expansion and development plans were under way when the Great Depression struck, threatening the park's future. That future was restored when President Roosevelt's Civilian Conservation Corps brought hundreds of young men to the four CCC camps established in the park. From 1933 to 1941, they worked on cabins, roads, and other projects, while strengthening their bodies, minds, and futures. Their legacy is still enjoyed by thousands of park visitors today. The Civilian Conservation Corps in Letchworth State Park explores the stories of these camps, as well as the CCC "boys" and their legacy, through vintage photographs, camp and area newspapers, official reports, and the memories of CCC veterans.

Book Description: This book is a list of citations covering the wealth of information written about the Civilian Conservation Corps (CCC). The CCC was President Franklin D. Roosevelt's favorite and most respected New Deal program. It provided economic assistance and hope for the future to the many enlisted men and their families during the height of the Great Depression. These men developed state parks, built roads and bridges and restored the environment from the devastation caused by droughts and deforestation of the west. Through hard work, they found renewed pride in themselves and their country. Their efforts can be seen in former camp sites and parks across the nation. There continues to be a fascination with the CCC. It is often studied as a model program of youth service work, conservation, and adult education. This collection will be useful to all who study the New Deal era and especially to those who concentrate on the CCC. The bibliography is organized by material type, including Federal Government documents, magazine, and journal articles, ERIC documents, books (including theses and dissertations), videos and films. further assist the researcher. 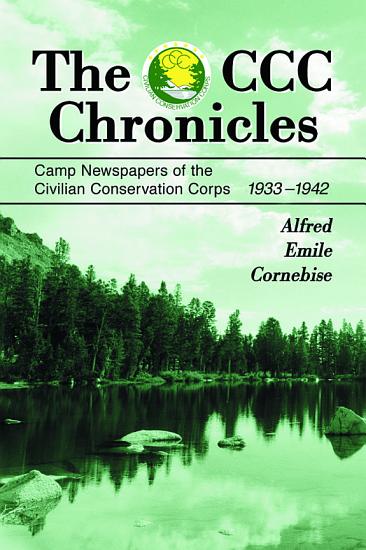 Book Description: "This book considers all phases of life in the CCC from various perspectives, but especially focuses on CCC camp journalism. The CCC newspapers provide a look at American life - socially, politically, culturally and militarily - during the Great Depression. The text explores how Happy Days and other newspapers were created and distributed, who wrote for them, and what they contained."--BOOK JACKET. 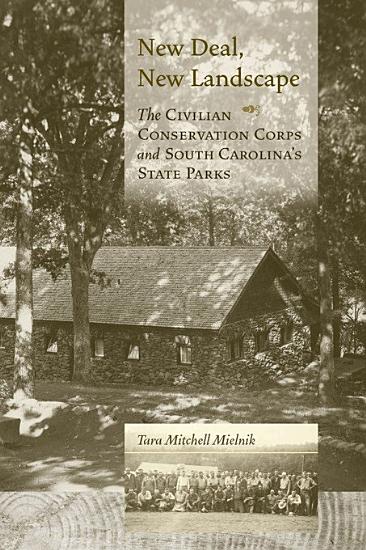 Book Description: Tara Mitchell Mielnik fills a significant gap in the history of the New Deal South by examining the lives of the men of South Carolina's Civilian Conservation Corps (CCC) who from 1933 to 1942 built sixteen state parks, all of which still exist today. Enhanced with revealing interviews with former state CCC members, Mielnik's illustrated account provides a unique exploration into the Great Depression in the Palmetto State and the role that South Carolina's state parks continue to play as architectural legacies of a monumental New Deal program. In 1933, thousands of unemployed young men and World War I veterans were given the opportunity to work when Emergency Conservation Work (ECW), one of Franklin Delano Roosevelt's New Deal programs, came to South Carolina. Renamed the Civilian Conservation Corps in 1937, the program was responsible for planting millions of trees in reforestation projects, augmenting firefighting activities, stringing much-needed telephone lines for fire prevention throughout the state, and terracing farmland and other soil conservation projects. The most visible legacies of the CCC in South Carolina are many of the state's national forests, recreational areas, and parks. Prior to the work of the CCC, South Carolina had no state parks, but, from 1933 to 1942, the CCC built sixteen. Mielnik's briskly paced and informative study gives voice to the young men who labored in the South Carolina CCC and honors the legacy of the parks they built and the conservation and public recreation values these sites fostered for modern South Carolina. 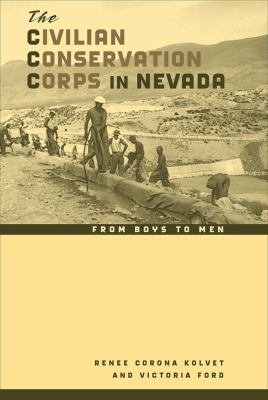 Book Description: The Great Depression of the 1930s had a devastating impact on sparsely populated Nevada and its two major industries, mining and agriculture. Luckily, thanks to Nevada’s powerful Senate delegation, Roosevelt’s New Deal funding flowed abundantly into the state. Among the programs thus supported was the Civilian Conservation Corps, a federal program intended to provide jobs for unemployed young men and a pool of labor for essential public lands rehabilitation projects. In all, nearly thirty-one thousand men were employed in fifty-nine CCC camps across Nevada, most of them from outside the state. These “boys,” as they were called, went to work improving the state’s forests, parks, wildlife habitats, roads, fences, irrigation systems, flood-control systems, and rangelands, while learning valuable skills on the job. Rural communities near CCC camps reaped additional benefits when local men were hired as foremen and when the camps purchased supplies from local merchants. The Civilian Conservation Corps in Nevada is the first comprehensive history of the Nevada CCC, a program designed to help the nation get back on its feet, and of the “boys” who did so much to restore Nevada’s lands and resources. The book is based on extensive research in private manuscript collections, unpublished memoirs, CCC inspectors’ reports, and other records. The book also includes period photographs depicting the Nevada CCC and its activities. 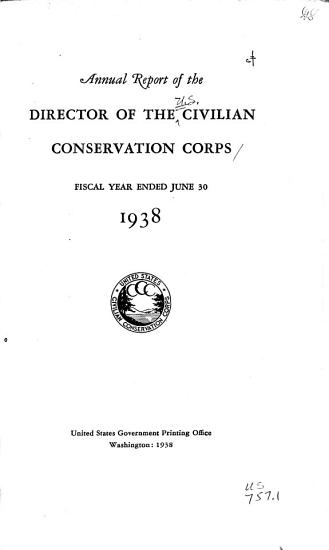 Book Description: The world was without hope for many of Colorado's young men in 1933. Youth unemployment was 25 percent and another 29 percent were working only part-time. Many quit school before graduation to work odd jobs to support their families. Others took to hitching rides on railroad cars desperate for a new opportunity. Even young men who finished their schooling were without work as they had no job experience or training. Then, in 1933, with the beginning of the Civilian Conservation Corps (CCC) young men could go to work in Colorado's national parks, state parks, national forests and other public lands. They no longer worried where their next meal would come from. Now they could learn new job skills. In Colorado CCC boys planted trees, erected fences and telephone lines and put out forest fires. Today we still use the roads and trails they built. CCC work was made to last. At the program's end in 1942 over 30,000 Colorado men served at over one hundred twenty camps. And work was completed in nearly every county in the state. Robert W. "Bob" Audretsch retired as a National Park Service ranger at Grand Canyon in 2009 after nearly 20 years of service. Since then, he has devoted himself full time to research and writing about the Civilian Conservations Corps (CCC). Bob grew up in Detroit, Michigan, and attended Wayne State University where he received a BA in history and a MS in library science. Prior to his work as a ranger, he was a librarian in Michigan, Ohio, and Colorado. Bob has a lifelong interest in history, nature, books, and art and has written numerous publications in the ﬁelds of library science, sports, and history. Bob is the author of Grand Canyon's Phantom Ranch (Arcadia Publishing, 2012), Shaping the Park and Saving the Boys: The Civilian Conservation Corps at Grand Canyon, 1933-1942 (Dog Ear Publishing, 2011), We Still Walk in Their Footprint: The Civilian Conservation Corps in Northern Arizona, 1933-1942 (Dog Ear Publishing, 2013), Selected Grand Canyon Area Hiking Routes, Including the Little Colorado River and Great Thumb (Dog Ear Publishing, June, 2014) and, with Sharon Hunt, The Civilian Conservation Corps in Arizona (Images of America) (Arcadia Publishing). He resides in Lakewood, Colorado. 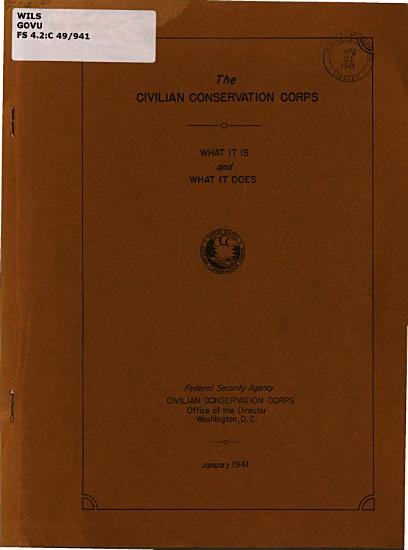