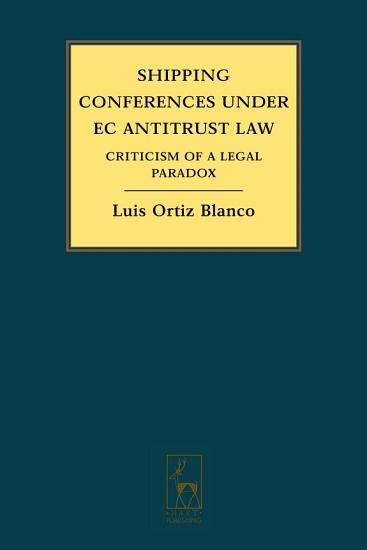 Book Description: Liner conferences are among the oldest surviving cartels in the world. Created in the 1870s they have existed since on all the world's shipping routes. With the approval or tacit acquiescence of governments everywhere, they fix freight rates, control capacity and share markets. The United Nations Code of Conduct for Liner Conferences (1974) granted them global recognition and prompted the European Community to recommend Member States to join the Convention on the Liner Code (1979) and to grant them the most generous and extraordinary block exemption from EC antitrust rules ever (1986). The European Commission's administration of the block exemption has clarified some of its aspects and, to a certain extent, limited its scope; but until very recently, it has not questioned the appropriateness of the exceptionally lenient treatment of liner shipping cartels in the European Union. After a report by the OECD Secretariat (2002) recommending abolition of antitrust immunity for shipping cartels in member countries, the European Commission launched a review of the block exemption (2003) which has led to its repeal (2006). This book studies first the origins, the early history and the regulation of liner conferences in the world and in the European Community, focusing in particular on the Regulation which granted a block exemption to liner conferences. Then, it examines one by one the four conditions for a block exemption to be granted under EC law, and concludes that none of them is fulfilled by shipping cartels. Finally, it proposes some alternative scenarios and solutions for the adequate enforcement of antitrust law in the maritime sector once the block exemption has been repealed. 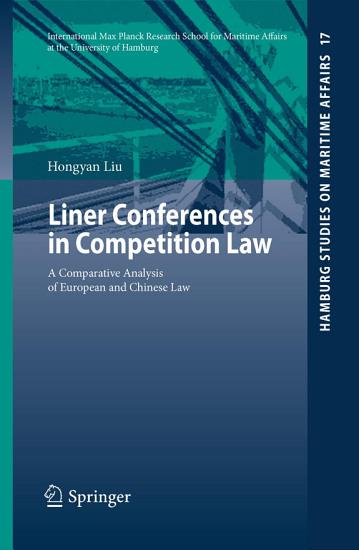 Book Description: A liner conference, as a self-regulation organisational form of liner shipping companies, constitutes a typical "hard-core cartel" with significant anti-competitive effect. One of the main three trade routes of liner shipping traffic is the Europe-Asia Trade, on the two ends of which both the European Community (EC) and the People’s Republic of China (PRC) play important roles in the international liner shipping market. However, the competition regimes on liner conferences in both jurisdictions are not equivalent. From a comparative point of view, this book reviews the historical development of maritime policy and regulatory legislation in the EC and the PRC, catches insight into the system of regulation regime and individual provisions in substantive and procedural meaning, and finally provides a wide-ranging perspective on the future competition regulation in respect of the latest developments in both jurisdictions. 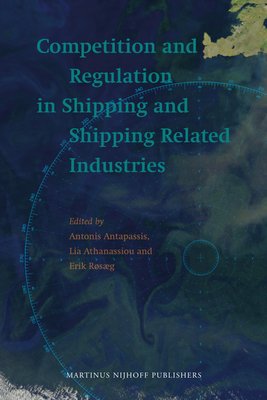 Book Description: Maritime competition as an economic phenomenon is currently influenced by a number of factors both at EU and international level. From a legislative point of view, the recent repeal of EC Reg. 4056/1986 affects the treatment of horizontal agreements not only in the liner but also in the bulk sector, which was excluded until recently from the scope of EC secondary competition rules. However, competition distortions are not only a question of private arrangements. They emanate also from measures and practices incompatible with the freedom to provide services, Member states protectionism and international mandatory regulation. This volume comparatively and comprehensively examines all these issues, by bringing together contributions from distinguished academics. Particular focus is given on private shipping cartels, the liberalization of cabotage and port services, indirect competition-distorting factors and the latest developments on international regulation of carriage of goods by sea. 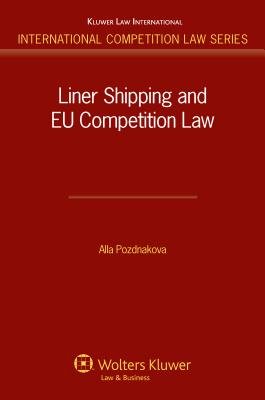 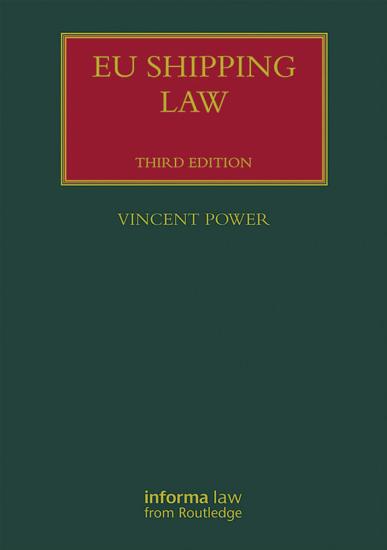 Book Description: A previous winner of the Comité Maritime International’s Albert Lilar Prize for the best shipping law book worldwide, EU Shipping Law is the foremost reference work for professionals in this area. This third edition has been completely revised to include developments in the competition/antitrust regime, new safety and environmental rules, and rules governing security and ports. It includes detailed commentary and analysis of almost every aspect of EU law as it affects shipping. 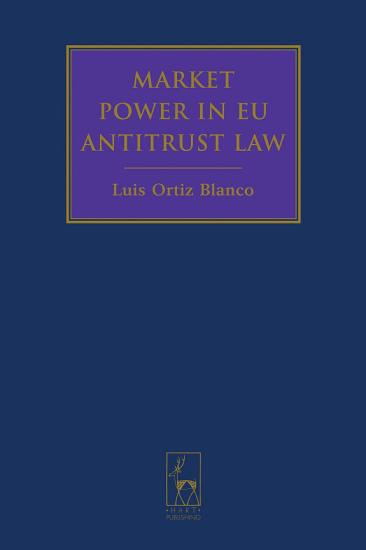 Book Description: The notion of market power is central to antitrust law. Under EU law, antitrust rules refer to appreciable restrictions of competition (Article 101(1) Treaty on the Functioning of the European Union (TFEU), ex Article 81(1) EC Treaty), the elimination of competition for a substantial part of the market (Article 101 (3) TFEU, ex Article (81(3) EC), dominant positions (Article 10 (2) TFEU, ex Article 82 EC), and substantial impediment to effective competition, in particular by creating or reinforcing a dominant position (Article 2 of the EU Merger Regulation). At first sight, only the concept of dominant position relates to market power, but it is the aim of this book to demonstrate that the other concepts are directly linked to the notion of market power. This is done by reference to the case law of the EU Courts and the precedents of the European Commission. The author goes on to argue that for very good reasons (clarity and enforceability, among others) the rules should be interpreted in this way. Beginning with market definition, the book reviews the different rules and the different degrees of market power they incorporate. Thus it analyses the notion of 'appreciable restriction of competition' to find a moderate market power obtained by agreement among competitors to be the benchmark for the application of Article 101 TFEU, ex Article 81 EC. It moves on to the concept of dominance under Article 102 TFEU (ex Article 82 EC), which is equivalent to substantial (or sgnificant) market power, and then focuses on the old and new tests for EU merger control. Finally, it addresses the idea of elimination of competition in respect of a substantial part of the market (Article 101 (3) TFEU, ex Article 81 (3) (b) EC), in which the last two types of market power (Article 102 TFEU, ex Article 82 EC and EU Merger Regulation) converge. To exemplify this, an in-depth study of the notion of collective dominance is conducted. The book concludes that a paradigm of market power exists under the EU antitrust rules that both fits with past practice and provides for a useful framework of analysis for the general application of the rules by administrative and even more importantly judicial authorities in the Member States, under conditions of legal certainty. 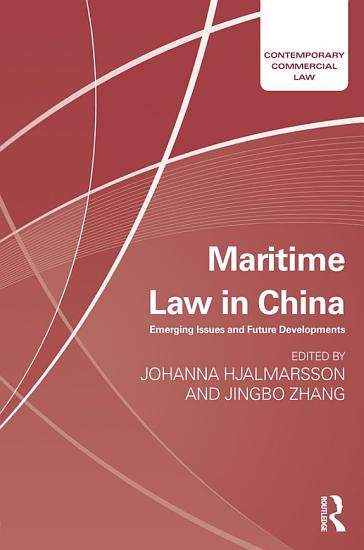 Book Description: The Chinese maritime and shipping market has been expanding enormously in recent times as its commercial capacity to perform shipping, ship building, banking and insurance activities grows and the role of the State as guarantor of commerce is gradually reduced. This book provides a detailed guide to current Chinese maritime law, written by an expert team of contributors and systematically covering key areas such as carriage of goods by sea, international trade, vessels and seafarers and maritime liabilities. The authors explore cutting-edge issues within each topic, and analyse current trends in law reform. The book will be of interest to academics researching commercial and maritime law, as well as maritime law practitioners and shipping industry professionals working with aspects of Chinese maritime practice. 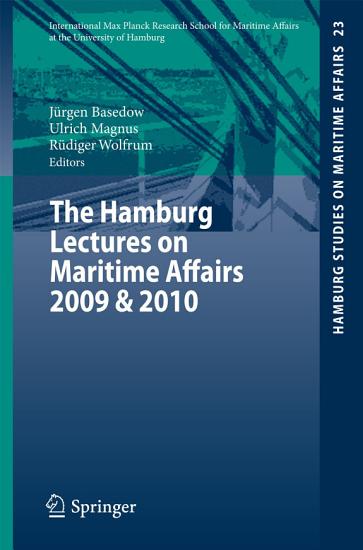 Book Description: In 2007, the International Max Planck Research School for Maritime Affairs together with the International Tribunal for the Law of the Sea (ITLOS), both based in Hamburg, decided to establish an annual lecture series, the "Hamburg Lectures on Maritime Affairs" - giving distinguished scholars and practitioners the opportunity to present and discuss recent developments in this field. The present volume - the second in the series - collects eight of the lectures held in 2009 and 2010 by David Joseph Attard, Lucius Caflisch, Beate Czerwenka, Lars Gorton, Francesco Munari, Kyriaki Noussia, Peter Wetterstein and Wolfgang Wurmnest. 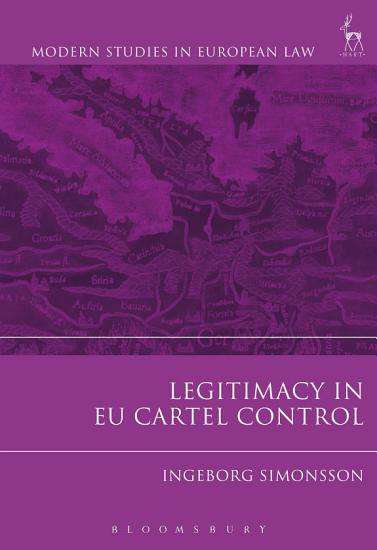 Book Description: This book examines the law developed by the EU to control cartels. The law, including case-law, is carefully documented and analysed against a standard of legitimacy which questions the EU's enforcement measures, its institutional structures, policy choices, substantive law, evidentiary standards and procedures and sanctions. It includes a unique catalogue of over 150 EU cartel decisions, as well as novel analyses of difficult borderline issues such as mixed horizontal and vertical cartels, single-brand dealer cartels and buyer cartels. The effect on trade in cartel cases is analysed with reference to established law and deterrence theory. Throughout the book the author asks whether EU law also applies at the national level, or whether certain assessments need to be made according to national law. This approach makes the book particularly helpful for national authorities, courts and private practitioners. The book includes in-depth comparisons with US law as well as a comprehensive survey of the secondary (academic) literature on cartels. As such it presents not only a comprehensive practical view, but also a sound theoretical framework for better understanding cartel law. This is a work which will be of utmost importance to those working in competition authorities and competition courts in the EU Member States, as well as those working for EU institutions and in private practice and academia. 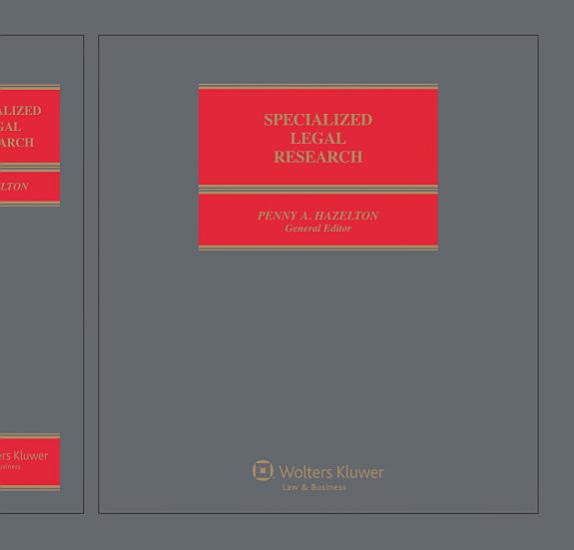