0 Read eBook for: reminiscences of the old fire laddies and volunteer fire departments of new york and brooklyn [PDF] 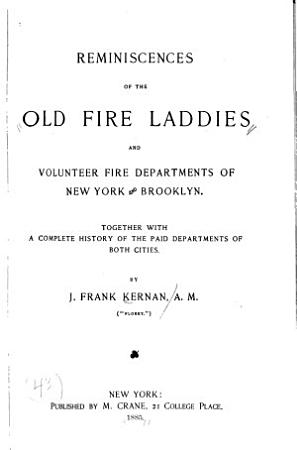 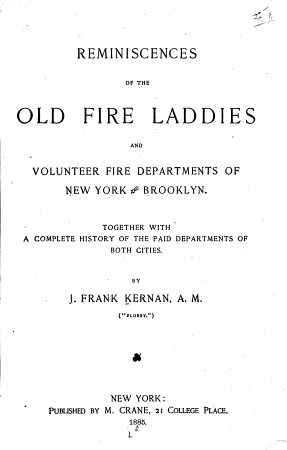 
This is a reproduction of a book published before 1923. This book may have occasional imperfections such as missing or blurred pages, poor pictures, errant marks, etc. that were either part of the original artifact, or were introduced by the scanning process. We believe this work is culturally important, and despite the imperfections, have elected to bring it back into print as part of our continuing commitment to the preservation of printed works worldwide. We appreciate your understanding of the imperfections in the preservation process, and hope you enjoy this valuable book. 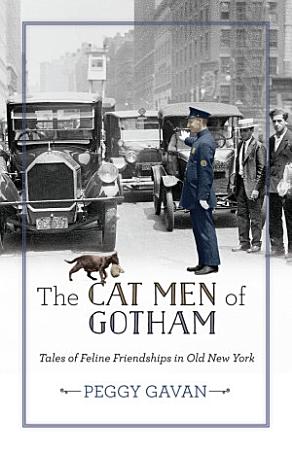 
Winner of the 2019 Certificate of Excellence and MUSE Medallion from the Cat Writers Association The nineteenth century was a rough time to be a stray cat in New York City. The city’s human residents dealt with feline overpopulation by gassing unwanted cats or tossing them in rivers. But a few lucky strays were found by a diverse array of men—including firemen, cops, athletes, and politicians—who rescued them from the streets and welcomed them into their homes and hearts. This book tells the stories of these heroic cat men of Gotham and their beloved feline companions. Not only does it introduce us to some remarkable men, but we get to meet many extraordinary cats as well, from Chinese stowaways prowling the Chelsea Piers to the sole feline survivor of the USS Maine explosion. Among the forty-two profiles, we find many feline Cinderella stories, as humble alley cats achieved renown as sports team mascots, artists’ muses, and even presidential pets. Sure to appeal to cat fanciers and history fans alike, The Cat Men of Gotham will give you a new appreciation for Old New York and the people and animals who made it their home. As it takes you on a journey through the streets of Manhattan and Brooklyn, it will amuse and astound you with tales of powerful men and their pussycats. 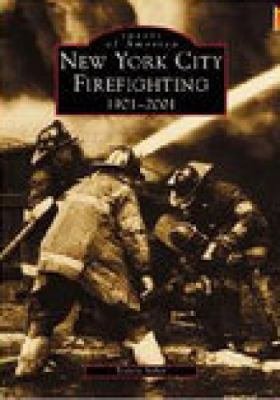 
The story of firefighting in New York City is one of danger, tradition, pride, excitement, and tragedy. It is also the story of man's triumph over destructive forces. From the gaslight days of horse-drawn steam engines to the World Trade Center tragedy of 2001, the heroic men and women who make up the city's most dynamic public service have risked and often lost their lives in order to protect and serve the people of New York City. New York City Firefighting: 1901-2001 chronicles the proudest fire department in America. The proximity of buildings in the city streets and the construction materials made each fire especially dangerous, but determined firefighters never hesitated to battle the flames and rescue the victims. Later, facing unprecedented heights and unparalleled danger, firefighters in New York City were called upon to battle infernos in the first skyscrapers, often using the most rudimentary equipment and barely protected from the flames. In its most trying moments, the Fire Department of New York responded to the terrorist attacks on the World Trade Center in 1993 and 2001, dutifully rushing into the towers to save as many lives as possible and ultimately losing hundreds of their own. 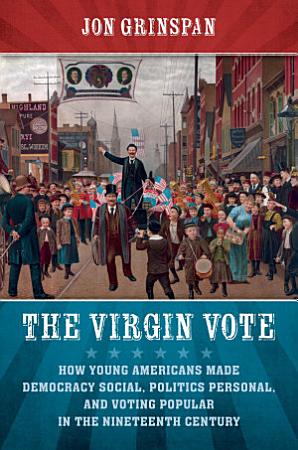 
There was a time when young people were the most passionate participants in American democracy. In the second half of the nineteenth century--as voter turnout reached unprecedented peaks--young people led the way, hollering, fighting, and flirting at massive midnight rallies. Parents trained their children to be "violent little partisans," while politicians lobbied twenty-one-year-olds for their "virgin votes"—the first ballot cast upon reaching adulthood. In schoolhouses, saloons, and squares, young men and women proved that democracy is social and politics is personal, earning their adulthood by participating in public life. Drawing on hundreds of diaries and letters of diverse young Americans--from barmaids to belles, sharecroppers to cowboys--this book explores how exuberant young people and scheming party bosses relied on each other from the 1840s to the turn of the twentieth century. It also explains why this era ended so dramatically and asks if aspects of that strange period might be useful today. In a vivid evocation of this formative but forgotten world, Jon Grinspan recalls a time when struggling young citizens found identity and maturity in democracy. 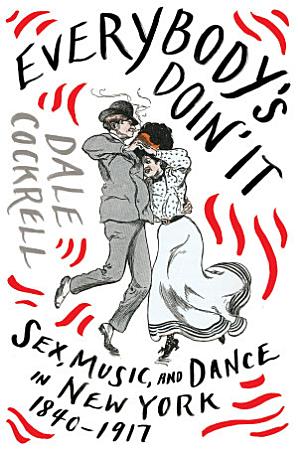 
"Racy scholarship does the Grizzly Bear here with theoretical rigor." —William Lhamon, author of Raising Cain Everybody’s Doin’ It is the eye-opening story of popular music’s seventy-year rise in the brothels, dance halls, and dives of New York City. It traces the birth of popular music, including ragtime and jazz, to convivial meeting places for sex, drink, music, and dance. Whether coming from a single piano player or a small band, live music was a nightly feature in New York’s spirited dives, where men and women, often black and white, mingled freely—to the horror of the elite. This rollicking demimonde drove the development of an energetic dance music that would soon span the world. The Virginia Minstrels, Juba, Stephen Foster, Irving Berlin and his hit “Alexander’s Ragtime Band,” and the Original Dixieland Jass Band all played a part in popularizing startling new sounds. Musicologist Dale Cockrell recreates this ephemeral underground world by mining tabloids, newspapers, court records of police busts, lurid exposés, journals, and the reports of undercover detectives working for social-reform organizations, who were sent in to gather evidence against such low-life places. Everybody’s Doin’ It illuminates the how, why, and where of America’s popular music and its buoyant journey from the dangerous Five Points of downtown to the interracial black and tans of Harlem. 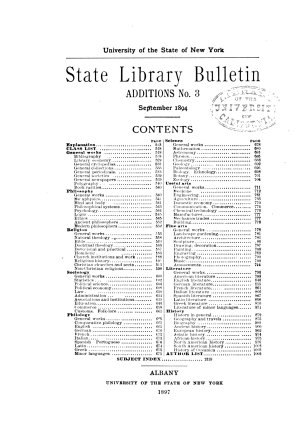 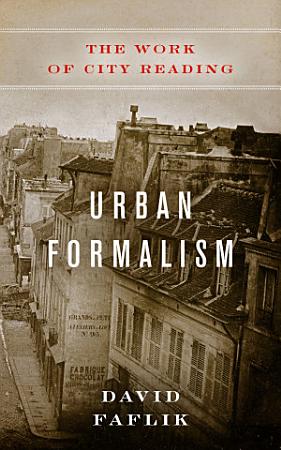 
Urban Formalism radically reimagines what it meant to “read” a brave new urban world during the transformative middle decades of the nineteenth century. At a time when contemporaries in the twin capitals of modernity in the West, New York and Paris, were learning to make sense of unfamiliar surroundings, city peoples increasingly looked to the experiential patterns, or forms, from their everyday lives in an attempt to translate urban experience into something they could more easily comprehend. Urban Formalism interrogates both the risks and rewards of an interpretive practice that depended on the mutual relation between urbanism and formalism, at a moment when the subjective experience of the city had reached unprecedented levels of complexity. This book not only provides an original cultural history of forms. It posits a new form of urban history, comprising the representative rituals of interpretation that have helped give meaningful shape to metropolitan life. 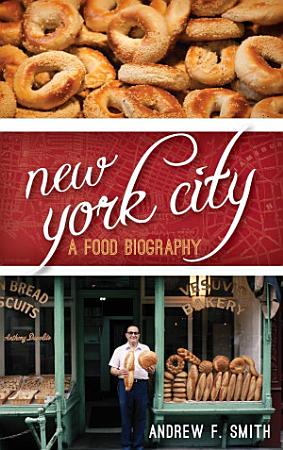 
New York City’s first food biography showcases all the vibrancy, innovation, diversity, influence, and taste of this most-celebrated American metropolis. Its cuisine has developed as a lively potluck supper, where discrete culinary traditions have survived, thrived, and interacted. For almost 400 years New York’s culinary influence has been felt in other cities and communities worldwide. New York’s restaurants, such as Delmonico’s, created and sustained haute cuisine in this country. Grocery stores and supermarkets that were launched here became models for national food distribution. More cookbooks have been published in New York than in all other American cities combined. Foreign and “fancy” foods, including hamburgers, pizza, hot dogs, Waldorf salad, and baked Alaska, were introduced to Americans through New York’s colorful street vendors, cooks, and restaurateurs. As Smith shows here, the city’s ever-changing culinary life continues to fascinate and satiate both natives and visitors alike.


New York is the greatest restaurant city the world has ever seen. In Appetite City, the former New York Times restaurant critic William Grimes leads us on a grand historical tour of New York's dining culture. Beginning with the era when simple chophouses and oyster bars dominated the culinary scene, he charts the city's transformation into the world restaurant capital it is today. Appetite City takes us on a unique and delectable journey, from the days when oysters and turtle were the most popular ingredients in New York cuisine, through the era of the fifty-cent French and Italian table d'hôtes beloved of American "Bohemians," to the birth of Times Square—where food and entertainment formed a partnership that has survived to this day. Enhancing his tale with more than one hundred photographs, rare menus, menu cards, and other curios and illustrations (many never before seen), Grimes vividly describes the dining styles, dishes, and restaurants succeeding one another in an unfolding historical panorama: the deluxe ice cream parlors of the 1850s, the boisterous beef-and-beans joints along Newspaper Row in the 1890s, the assembly-line experiment of the Automat, the daring international restaurants of the 1939 World's Fair, and the surging multicultural city of today. By encompassing renowned establishments such as Delmonico's and Le Pavillon as well as the Bowery restaurants where a meal cost a penny, he reveals the ways in which the restaurant scene mirrored the larger forces shaping New York, giving us a deliciously original account of the history of America's greatest city. Rich with incident, anecdote, and unforgettable personalities, Appetite City offers the dedicated food lover or the casual diner an irresistible menu of the city's most savory moments. 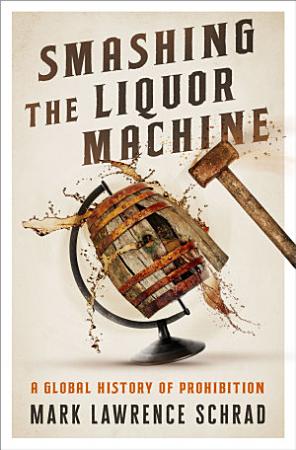 
This is the history of temperance and prohibition as you've never read it before: redefining temperance as a progressive, global, pro-justice movement that affected virtually every significant world leader from the eighteenth through early twentieth centuries. When most people think of the prohibition era, they think of speakeasies, rum runners, and backwoods fundamentalists railing about the ills of strong drink. In other words, in the popular imagination, it is a peculiarly American history. Yet, as Mark Lawrence Schrad shows in Smashing the Liquor Machine, the conventional scholarship on prohibition is extremely misleading for a simple reason: American prohibition was just one piece of a global phenomenon. Schrad's pathbreaking history of prohibition looks at the anti-alcohol movement around the globe through the experiences of pro-temperance leaders like Vladimir Lenin, Leo Tolstoy, Thomás Masaryk, Kemal Atatürk, Mahatma Gandhi, and anti-colonial activists across Europe, Asia, Africa, and the Middle East. Schrad argues that temperance wasn't "American exceptionalism" at all, but rather one of the most broad-based and successful transnational social movements of the modern era. In fact, Schrad offers a fundamental re-appraisal of this colorful era to reveal that temperance forces frequently aligned with progressivism, social justice, liberal self-determination, democratic socialism, labor rights, women's rights, and indigenous rights. Placing the temperance movement in a deep global context, forces us to fundamentally rethink its role in opposing colonial exploitation throughout American history as well. Prohibitionism united Native American chiefs like Little Turtle and Black Hawk; African-American leaders Frederick Douglass, Ida Wells, and Booker T. Washington; suffragists Elizabeth Cady Stanton, Susan B. Anthony, and Frances Willard; progressives from William Lloyd Garrison to William Jennings Bryan; writers F.E.W. Harper and Upton Sinclair, and even American presidents from Thomas Jefferson and Abraham Lincoln to Theodore Roosevelt and Woodrow Wilson. Progressives rather than puritans, the global temperance movement advocated communal self-protection against the corrupt and predatory "liquor machine" that had become exceedingly rich off the misery and addictions of the poor around the world, from the slums of South Asia to the beerhalls of Central Europe to the Native American reservations of the United States. Unlike many traditional "dry" histories, Smashing the Liquor Machine gives voice to minority and subaltern figures who resisted the global liquor industry, and further highlights that the impulses that led to the temperance movement were far more progressive and variegated than American readers have been led to believe. 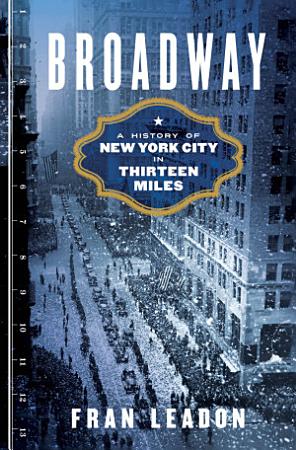 
“Part lively social history, part architectural survey, here is the story of Broadway—from 17th-century cow path to Great White Way.”—Geoff Wisner, Wall Street Journal From Bowling Green all the way to Marble Hill, Fran Leadon takes us on a mile-by-mile journey up America’s most vibrant and complex thoroughfare, through the history at the heart of Manhattan. Broadway traces the physical and social transformation of an avenue that has been both the “Path of Progress” and a “street of broken dreams,” home to both parades and riots, startling wealth and appalling destitution. Glamorous, complex, and sometimes troubling, the evolution of an oft-flooded dead end to a canyon of steel and glass is the story of American progress. 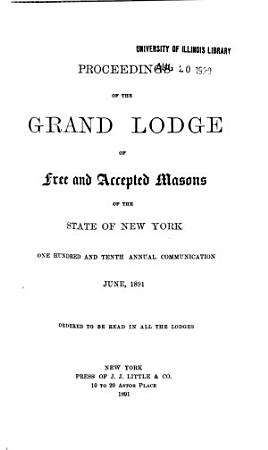