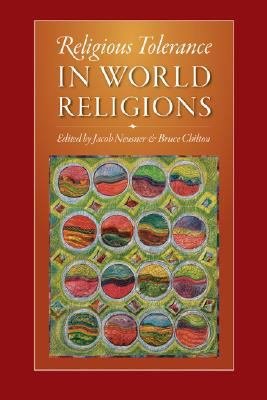 Book Description: Today, and historically, religions often seem to be intolerant, narrow-minded, and zealous. But the record is not so one-sided. In Religious Tolerance in World Religions, numerous scholars offer perspectives on the "what" and "why" traditions of tolerance in world religions, beginning with the pre-Christian West, Greco-Roman paganism, and ancient Israelite Monotheism and moving into modern religions such as Christianity, Judaism, Islam, Buddhism, and Hinduism. By tolerance the authors mean "the capacity to live with religious difference, and by toleration, the theory that permits a majority religion to accommodate the presence of a minority religion." The volume is introduced with a summary of a recent survey that sought to identify the capacity of religions to tolerate one another in theory and in practice. Eleven religious communities in seven nations were polled on questions that ranged from equality of religious practitioners to consequences of disobedience. The essays frame the provocative analysis of how a religious system in its political statement produces categories of tolerance that can be explained in that system’s logical context. Past and present beliefs, practices, and definitions of social order are examined in terms of how they support tolerance for other religious groups as a matter of public policy. Religious Tolerance in World Religions focuses attention on the attitude "that the ’infidel’ or non-believer may be accorded an honorable position within the social order defined by Islam or Christianity or Judaism or Buddhism or Hinduism, and so on." It is a timely reference for colleges and universities and for makers of public policy. 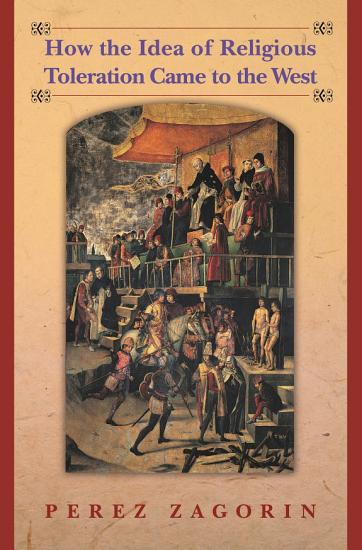 Book Description: Religious intolerance, so terrible and deadly in its recent manifestations, is nothing new. In fact, until after the eighteenth century, Christianity was perhaps the most intolerant of all the great world religions. How Christian Europe and the West went from this extreme to their present universal belief in religious toleration is the momentous story fully told for the first time in this timely and important book by a leading historian of early modern Europe. Perez Zagorin takes readers to a time when both the Catholic Church and the main new Protestant denominations embraced a policy of endorsing religious persecution, coercing unity, and, with the state's help, mercilessly crushing dissent and heresy. This position had its roots in certain intellectual and religious traditions, which Zagorin traces before showing how out of the same traditions came the beginnings of pluralism in the West. Here we see how sixteenth- and seventeenth-century thinkers--writing from religious, theological, and philosophical perspectives--contributed far more than did political expediency or the growth of religious skepticism to advance the cause of toleration. Reading these thinkers--from Erasmus and Sir Thomas More to John Milton and John Locke, among others--Zagorin brings to light a common, if unexpected, thread: concern for the spiritual welfare of religion itself weighed more in the defense of toleration than did any secular or pragmatic arguments. His book--which ranges from England through the Netherlands, the post-1685 Huguenot Diaspora, and the American Colonies--also exposes a close connection between toleration and religious freedom. A far-reaching and incisive discussion of the major writers, thinkers, and controversies responsible for the emergence of religious tolerance in Western society--from the Enlightenment through the United Nations' Universal Declaration of Human Rights--this original and richly nuanced work constitutes an essential chapter in the intellectual history of the modern world. 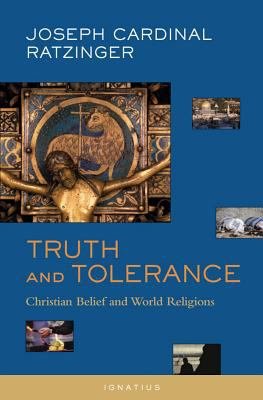 Book Description: Is truth knowable? If we know the truth, must we hide it in the name of tolerance? Cardinal Ratzinger engages the problem of truth, tolerance, religion and culture in the modern world. Describing the vast array of world religions, Ratzinger embraces the difficult challenge of meeting diverse understandings of spiritual truth while defending the Catholic teaching of salvation through Jesus Christ. "But what if it is true?" is the question that he poses to cultures that decry the Christian position on man's redemption. Upholding the notion of religious truth while asserting the right of religious freedom, Cardinal Ratzinger outlines the timeless teaching of the Magisterium in language that resonates with our embattled culture. A work of extreme sensitivity, understanding, and spiritual maturity, this book is an invaluable asset to those who struggle to hear the voice of truth in the modern religious world. "Beyond all particular questions, the real problem lies in the question about truth. Can truth be recognized? Or, is the question about truth simply inappropriate in the realm of religion and belief? But what meaning does belief then have, what positive meaning does religion have, if it cannot be connected with truth?" —Joseph Cardinal Ratzinger From the Preface 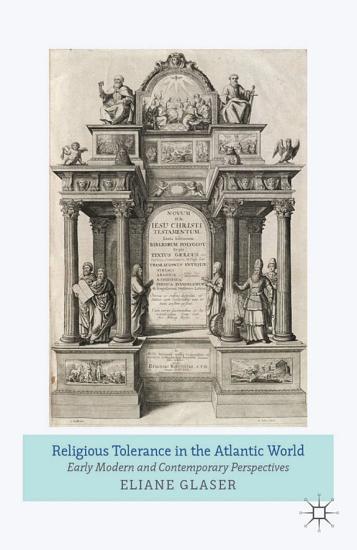 Book Description: Placing topical debates in historical perspective, the essays by leading scholars of history, literature and political science explore issues of difference and diversity, inclusion and exclusion, and faith in relation to a variety of Christian groups, Jews and Muslims in the context of both early modern and contemporary England and America. 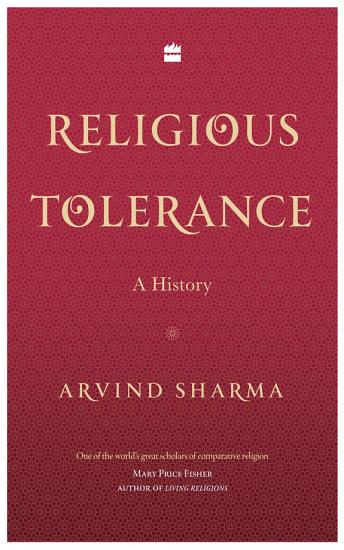 Book Description: Religion has become a vital element in identity politics globally after the terror attacks of 11 September 2001 in the United States of America. And so the question of how religious tolerance may be secured in the modern world can no longer be avoided. Can religious tolerance be placed on a firmer footing by finding grounds for it within the different faiths themselves? This book addresses that question. In Religious Tolerance: A History, Arvind Sharma examines Judaism, Christianity, Islam, Hinduism, Buddhism, Jainism, Sikhism, Confucianism, Daoism and Shinto - whose followers together cover over two-thirds of the globe - to identify instances of tolerance in the history of each of these to help the discussion proceed on the basis of historical facts. This is a timely book - the first of its kind in scope and ambition.

Book Description: A groundbreaking book on the history of religious tolerance and intolerance that offers an essential narrative to understanding Islam and the West today. Christianity is tolerant, Islam is not. Islam is an inherently violent, ossified religion which can never come to terms with the Enlightenment. How right or wrong are these assumptions? Selina O’Grady asks how and why our societies came to be as tolerant or intolerant as they are. Whether tolerance can be expected to heal today’s festering wound between Islam and the post-Christian West. Or whether something deeper than tolerance is needed. From Umar, the seventh century Islamic caliph who led what became the greatest empire the world has ever known, to King John (of Magna Carta fame) who almost converted to Islam; from alWahaabi, who created the religious-military alliance with the House of Saud that still survives today, to Europe’s bloody Thirty Years’ War that cured Europe of murderous intra-Christian violence but probably killed God in the process, Selina O’Grady takes the reader through the intertwined histories of the Muslim, Christian, and Jewish faiths. In the Name of God is an essential book that offers brilliantly answers to questions surrounding contemporary Islam and Christianity and the role of religion in the modern world. 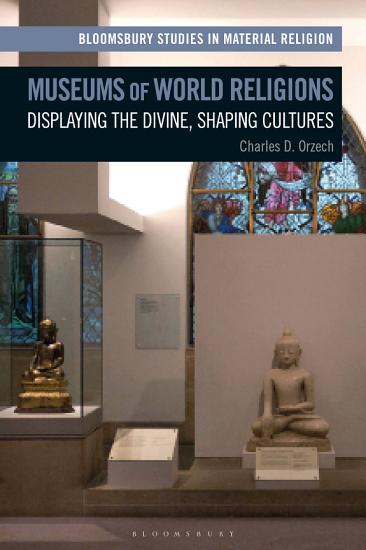 Book Description: Critically examining the notion of 'world religions', Charles D. Orzech compares five purpose-built museums of world religions and their online extensions. Inspired by the 19th and 20th century discipline of comparative religion, these museums seek to promote religious tolerance by representing religious diversity and by arguing for underlying kinship among religions. From locations in Europe (Marburg, Glasgow and St Petersburg), to North America (Quebec) to Asia (Taipei), each museum advances a particular cultural history. This book shows how the curation of the objects they contain shapes public perceptions of religion, giving material form to the discourses about religion and world religions. Raising important questions about religion and secularity, museum displays and religious piety, Museums of World Religions questions the ideology that informs these museums. Building on recent anthropological work on the agency of religious objects, the author critiques these museums and suggests new approaches to displaying the matter of religion. 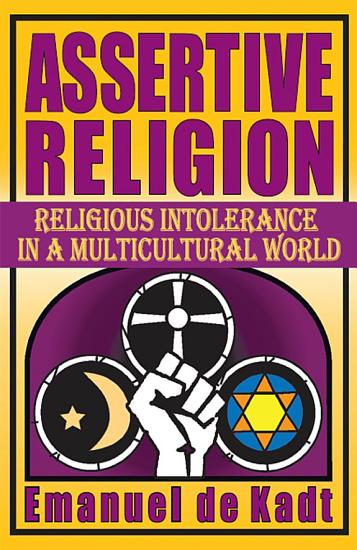 Book Description: Questions about religions and religious institutions have changed dramatically since they first arose many years ago. In the beginning of the twenty-first century, the link of religion with extreme ideologies captures our attention. Such questions have been the focus of a steadily growing number of books. What does Assertive Religion add to the debate? Emanuel de Kadt discusses the relationship of religion to wider social issues such as human rights and multiculturalism. He traces the growth, during the religious revival over the past decades, of assertive, and even coercive, forms of religion, notably—but not exclusively—fundamentalist varieties. He deals with these questions as they relate to the three major Abrahamic religions, thereby addressing a readership wider than that made up of persons interested exclusively in Judaism, Christianity, or Islam. The author takes on issues such as the effects of the "Jewishness" of Israel on the rights of Palestinians; the consequences of the centralized authority structure of the Roman Catholic Church; and the implications of the failure of reform-oriented Muslims to make their voices heard in an organized Islamic reform movement. He is even-handed, focusing on both positive and negative features of each religious perspective, though he does have a clear viewpoint. Assertive Religion adds to increasingly sharp political discussions on issues arising out of religion. It is a must read for anyone interested in how religion is shaping the world of tomorrow.

Book Description: An original and groundbreaking history of religious tolerance that offers an essential guide to understanding Islam and the West today and the role of religion in the modern world.