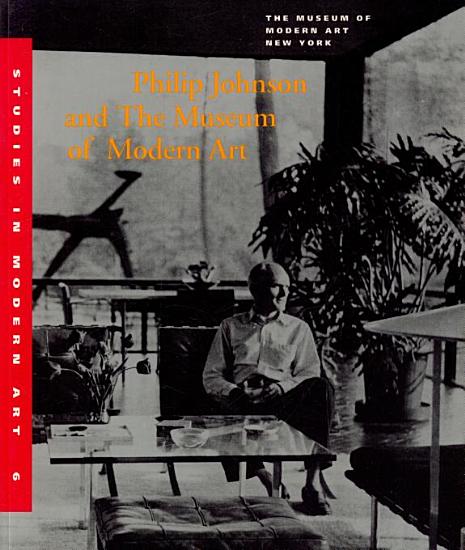 Book Description: This volume focuses on the architect Philip Johnson's long association with The Museum of Modern Art, with essays examining his roles as patron, as curator, and as the institution's unofficial architect from the late 1940s to the early 1970s. 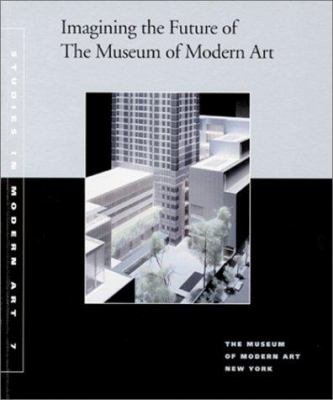 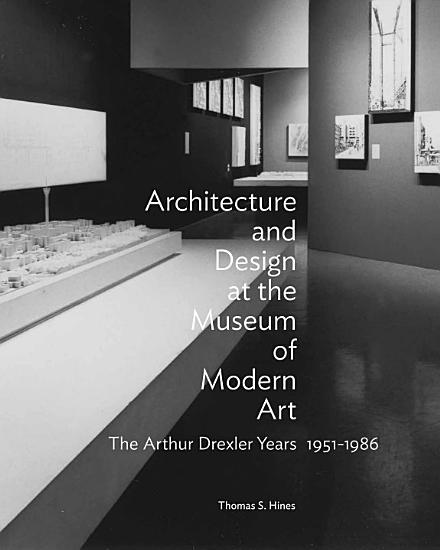 Book Description: A comprehensive and fascinating look at the history of the Museum of Modern Art’s Architecture and Design Department under the leadership of the influential curator Arthur Drexler. Arthur Drexler (1921-1987) served as the curator and director of the Architecture and Design Department at the Museum of Modern Art (MOMA) from 1951 until 1986—the longest curatorship in the museum’s history. Over four decades he conceived and oversaw trailblazing exhibitions that not only reflected but also anticipated major stylistic developments. Although several books cover the roles of MoMA’s founding director, Alfred Barr, and the department’s first curator, Philip Johnson, this is the only in-depth study of Drexler, who gave the department its overall shape and direction. During Drexler’s tenure, MoMA played a pivotal role in examining the work and confirming the reputations of twentieth-century architects, among them Frank Lloyd Wright, Le Corbusier, Richard Neutra, Marcel Breuer, and Ludwig Mies van der Rohe. Exploring unexpected subjects—from the design of automobiles and industrial objects to a reconstruction of a Japanese house and garden—Drexler’s boundary-pushing shows promoted new ideas about architecture and design as modern arts in contemporary society. The department’s public and educational programs projected a culture of popular accessibility, offsetting MoMA’s reputation as an elitist institution. Drawing on rigorous archival research as well as author Thomas S. Hines’s firsthand experience working with Drexler, Architecture and Design at the Museum of Modern Art analyzes how MoMA became a touchstone for the practice and study of midcentury architecture.

Book Description: This newly revised deluxe edition of MoMA Highlights celebrates the 90th anniversary of the Museum MoMA Highlights presents a chronological overview of some of the most significant modern and contemporary artworks through superb high-resolution images and short texts by MoMA curators. MoMA Highlights interweaves works from each of the Museum's curatorial departments - painting and sculpture, drawings, prints and illustrated books, photography, architecture and design, film, and media and performance art - to provide a look at one of the premiere art collections in the world. This anniversary book is almost 50% larger than the standard edition. 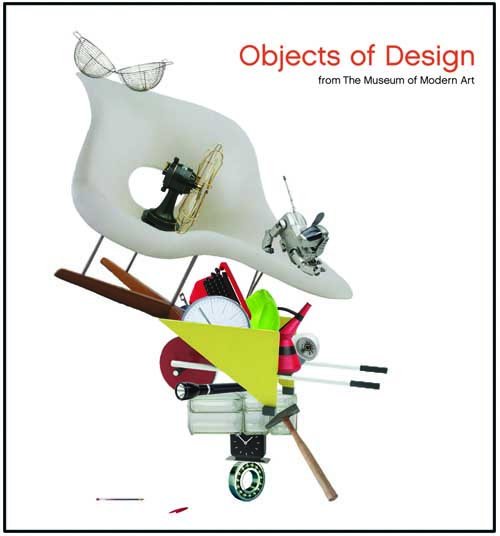 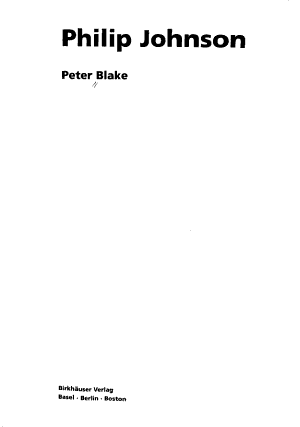 Book Description: Philip Johnson, born in 1906, has done much to shape the architecture of this century, both through his buildings and his architectural criticism. Legendary is his influential 1932 "The International Style" exhibition for the New York Museum of Modern Art. Among the most renowned buildings from Johnson's extensive oeuvre - over 200 built works are to his credit - are the Glass House and the New York City AT & T skyscraper. In 1979, he received the Pritzker Prize. This monograph offers a comprehensive survey of Johnson's work. 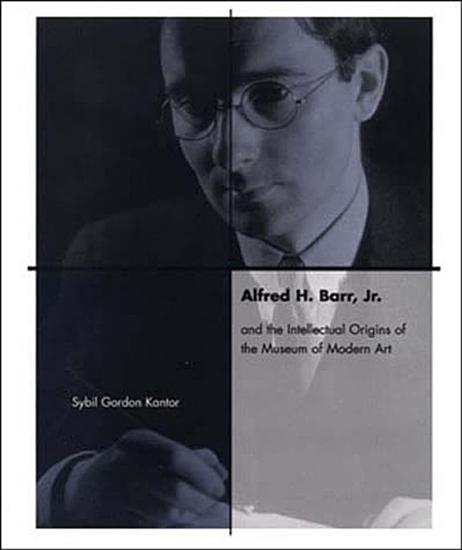 Book Description: An intellectual biography of Alfred H. Barr, Jr. founding director of the Museum of Modern Art. Growing up with the twentieth century, Alfred Barr (1902-1981), founding director of the Museum of Modern Art, harnessed the cataclysm that was modernism. In this book--part intellectual biography, part institutional history--Sybil Gordon Kantor tells the story of the rise of modern art in America and of the man responsible for its triumph. Following the trajectory of Barr's career from the 1920s through the 1940s, Kantor penetrates the myths, both positive and negative, that surround Barr and his achievements. Barr fervently believed in an aesthetic based on the intrinsic traits of a work of art and the materials and techniques involved in its creation. Kantor shows how this formalist approach was expressed in the organizational structure of the multidepartmental museum itself, whose collections, exhibitions, and publications all expressed Barr's vision. At the same time, she shows how Barr's ability to reconcile classical objectivity and mythic irrationality allowed him to perceive modernism as an open-ended phenomenon that expanded beyond purist abstract modernism to include surrealist, nationalist, realist, and expressionist art. Drawing on interviews with Barr's contemporaries as well as on Barr's extensive correspondence, Kantor also paints vivid portraits of, among others, Jere Abbott, Katherine Dreier, Henry-Russell Hitchcock, Philip Johnson, Lincoln Kirstein, Agnes Mongan, J. B. Neumann, and Paul Sachs. 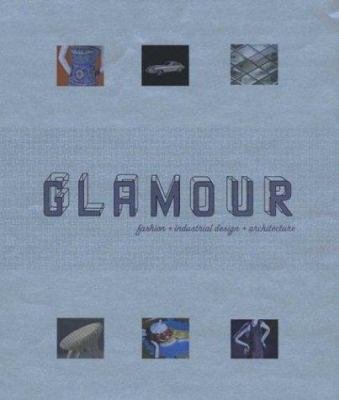 Book Description: This catalogue revises our understanding of glamour in the fields of fashion, industrial design, and architecture. Tracing glamour's trajectory from Hollywood's golden age to its present-day connotations of affluence, this illustrated volume presents an array of postwar couture, jewelry, automobile, furniture, and built and unbuilt architecture - all of which share an affinity for richly decorative patterning, complex layering, and sumptuous materials. 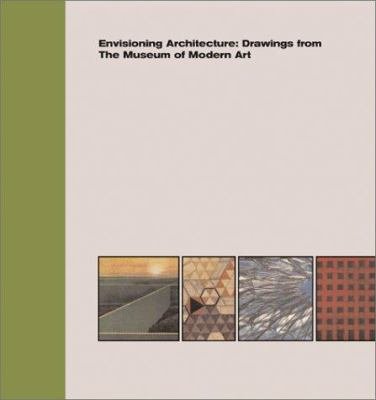 Book Description: The First In A series of three titles that will showcase selected works from The Museum of Modern Art's superlative holdings in the fields of architecture & design, this handsome volume features a wide range of drawings by great architects of the modern age, including Frank Lloyd Wright, Alvar Aalto, Le Corbusier, & Ludwig Mies van der Rohe, as well as contemporary practitioners Rem Koolhaas, Frank O. Gehry, & Zaha Hadid. Their drawings & watercolors combine exacting detail with astonishing beauty. The full-page illustrations, expertly reproduced in color or black-and-white according to the original drawing, reveal not only the range of aesthetic viewpoints but also the development of architecture over the last century.