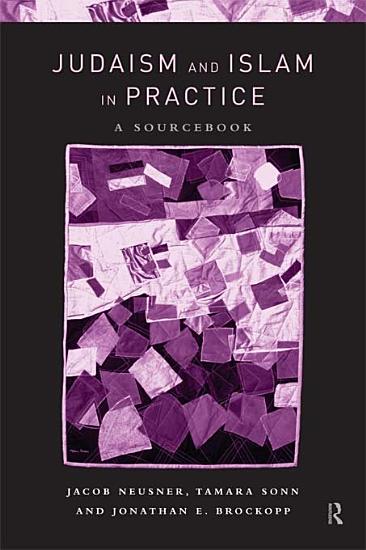 Book Description: Judaism and Islam compare because they concur that God cares deeply not only about attitudes but actions, not only about what one says to God but how one conducts affairs at home and in the village. In this sourcebook, the authors have selected key passages from the laws of Judaism and Islam which allow a close examination of their mode of expression and medium of thought as well as the substance of the laws themselves. The selected passages concentrate on areas critical to the life of piety and faith as actually practised within the two faith-communities - the relationship between the believer and God, between and among believers, at home in marriage, outside the home in the community and between the faithful and the infidels (for Islam) or idolaters (for Judaism). Judaism and Islam in Practice presents an invaluable collection of sources of Jewish and Islamic law and provides a unique analysis of the similarities and contrasts between the two faiths. 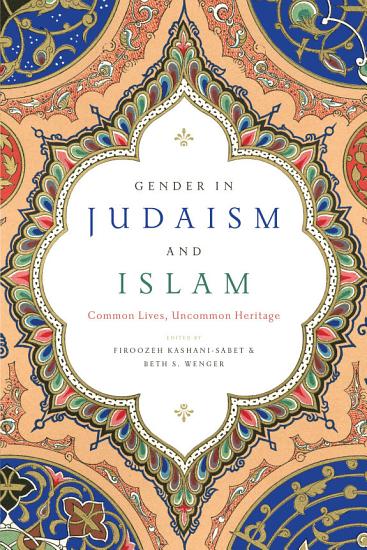 Book Description: Jewish and Islamic histories have long been interrelated. Both traditions emerged from ancient cultures born in the Middle East and both are rooted in texts and traditions that have often excluded women. At the same time, both groups have recently seen a resurgence in religious orthodoxy among women, as well as growing feminist movements that challenge traditional religious structures. In the United States, Jews and Muslims operate as minority cultures, carving out a place for religious and ethnic distinctiveness. The time is ripe for a volume that explores the relationship between these two religions through the prism of gender. Gender in Judaism and Islam brings together scholars working in the fields of Judaism and Islam to address a diverse range of topics, including gendered readings of texts, legal issues in marriage and divorce, ritual practices, and women's literary expressions and historical experiences, along with feminist influences within the Muslim and Jewish communities and issues affecting Jewish and Muslim women in contemporary society. Carefully crafted, including section introductions by the editors to highlight big picture insights offered by the contributors, the volume focuses attention on the theoretical innovations that gender scholarship has brought to the study of Muslim and Jewish experiences. At a time when Judaism and Islam are often discussed as though they were inherently at odds, this book offers a much-needed reconsideration of the connections and commonalties between these two traditions. It offers new insights into each of these cultures and invites comparative perspectives that deepen our understanding of both Islam and Judaism. 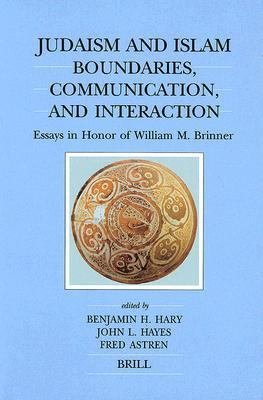 Book Description: This volume, which is a tribute to Professor William Brinner, is a collection of essays that deal with the interaction of Judaism and Islam over generations from different perspectives: historical, religious, philosophical, linguistic and literary. 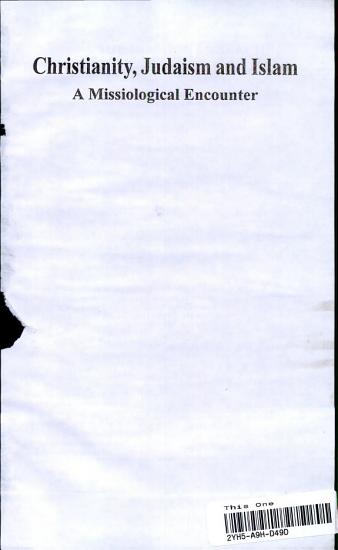 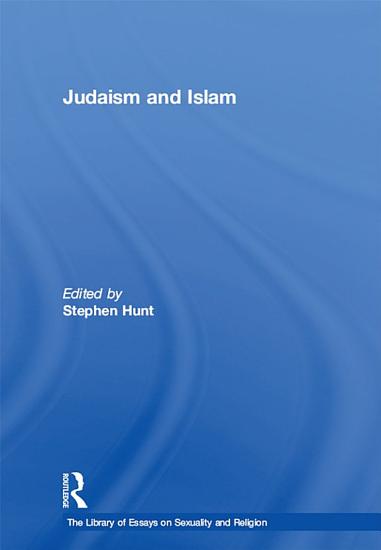 Book Description: This volume on Judaism and Islam in The Library of Essays on Sexuality and Religion series overviews perceptions of human sexuality through two major monotheistic faiths, namely Judaism and Islam. Part 1 presents previously published articles on Judaism and sexuality from a historical perspective, in particular, through the writings of the Tanakh and traditional Judaic attitudes. Part 2 focuses more cogently on contemporary themes including both the contestation and defence of conventional Jewish standpoints on sexuality via orthodox and liberal renderings of the faith. Part 3 includes articles examining Islamic views of sexuality from a historical perspective. Here there is a special focus on the faith's construction of sexual categories, as well as the relationship between sexuality, gender and patriarchy. Part 4 takes a cross-cultural and global perspective of the subject with a particular emphasis on the connection between sexuality and moral regulation, besides scrutinising varying and contrasting cultural attitudes in Islamic communities today. 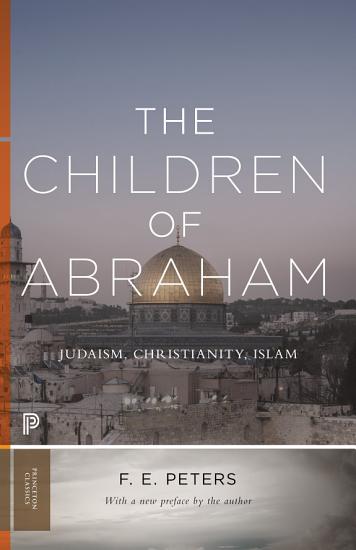 Book Description: F.E. Peters, a scholar without peer in the comparative study of Judaism, Christianity, and Islam, revisits his pioneering work. Peters has rethought and thoroughly rewritten his classic The Children of Abraham for a new generation of readers-at a time when the understanding of these three religious traditions has taken on a new and critical urgency. He began writing about all three faiths in the 1970s, long before it was fashionable to treat Islam in the context of Judaism and Christianity, or to align all three for a family portrait. In this updated edition, he lays out the similarities and differences of the three religious siblings with great clarity and succinctness and with that same remarkable objectivity that is the hallmark of all the author's work. Peters traces the three faiths from the sixth century B.C., when the Jews returned to Palestine from exile in Babylonia, to the time in the Middle Ages when they approached their present form. He points out that all three faith groups, whom the Muslims themselves refer to as "People of the Book," share much common ground. Most notably, each embraces the practice of worshipping a God who intervenes in history on behalf of His people. The book's text is direct and accessible with thorough and nuanced discussions of each of the three religions. Footnotes provide the reader with expert guidance into the highly complex issues that lie between every line of this stunning edition of The Children of Abraham. Complete with a new preface by the author, this Princeton Classics edition presents this landmark study to a new generation of readers. 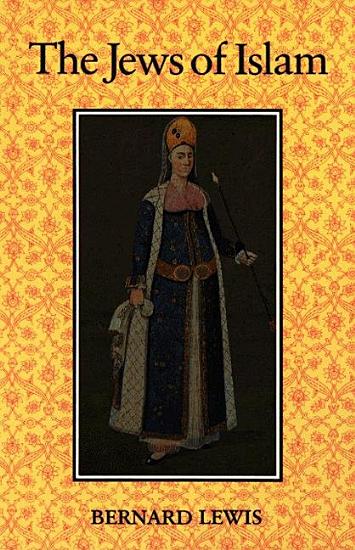 Book Description: Examines the Judaeo-Islamic tradition, traces the history of Islam, and describes the reasons for the breakdown in relations between the Jews and the Islamic world 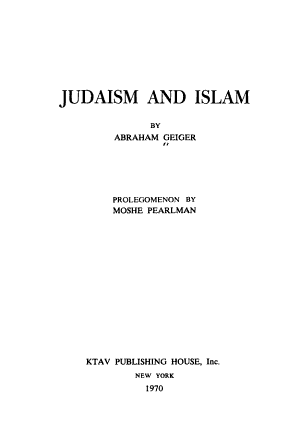 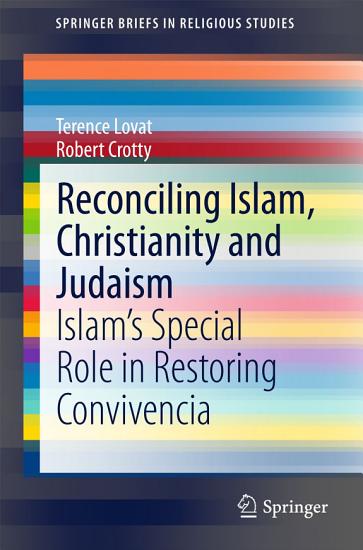 Book Description: At the present time, when so-called Islamic radicalism, terrorism and Jihadism occupy major media space, with Islam often depicted as the main culprit, the book attempts a tour de force. It proposes that Islam is as much victim as culprit in the history that has led to the current hostility. This is because the common claims of both mainstream and radical Islam that Islam represents the high point of the Abrahamic tradition, and therefore a purification of Judaism and Christianity, have been largely ignored, misunderstood or blatantly rejected by these faiths and therefore by ‘the West’ in general. This rejection has effectively rendered Islam as the poor cousin, if not the illegitimate sibling, of the tradition. In turn, this has created long-term resentment and hostility within Islam as well as robbed the ‘Judaeo-Christian West’ of a rich, inter-faith understanding of the wider Abrahamic tradition. The book explores these claims through textual, historical and theological analyses, proposing that many of them stand up better to critical scrutiny than has been commonly acknowledged. It further proposes that seeing Islam in this way has potential to re-awaken its self-understanding as a leader of accord among the Abrahamic faiths, of the kind that characterized the era of Convivencia when, in medieval Spain, Islam constructed and contributed to advanced civilizations characterized by relatively harmonious co-existence between Muslims, Christians and Jews. The book focuses on the role that a more respected and self-confident Islam could play in forging enhanced inter-faith relations in a world that desperately needs them as it struggles to understand and deal with modern and particularly vicious forms of radical Islamism. 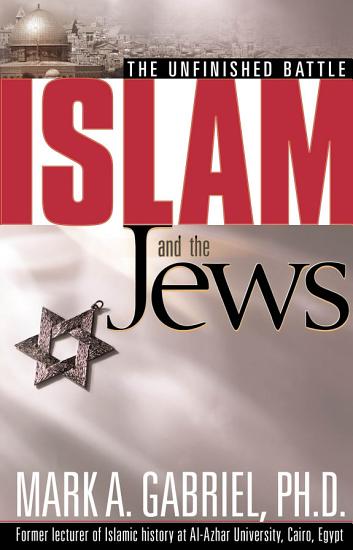 Book Description: DIV The powerful cultural and spiritual forces that fuel the conflict in the Middle East. /div