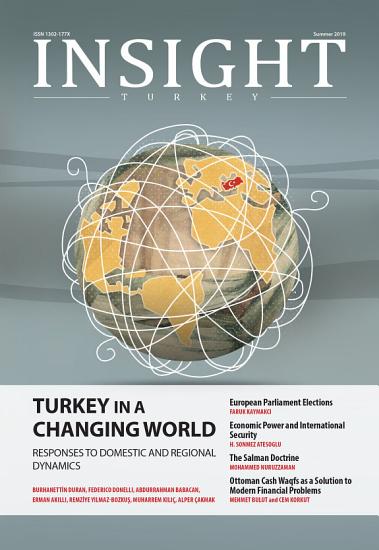 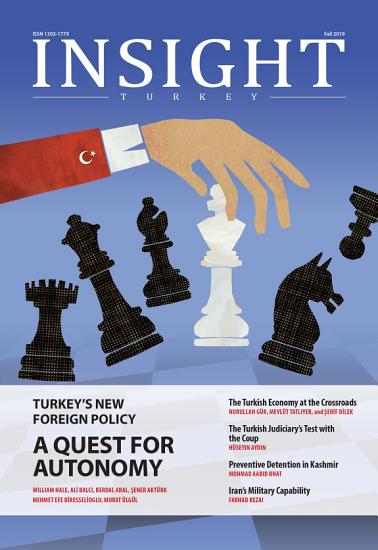 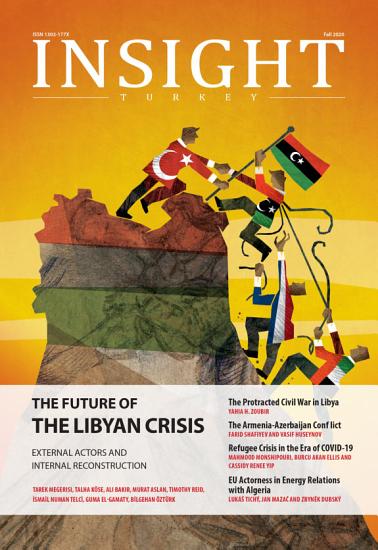 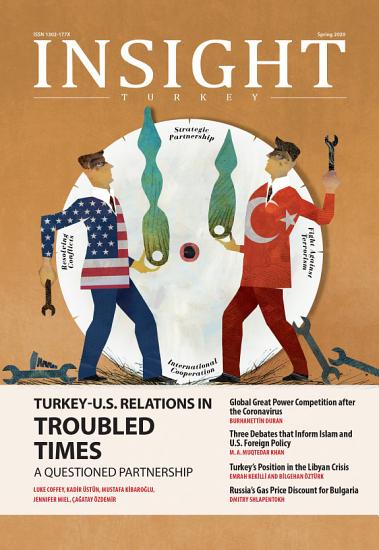 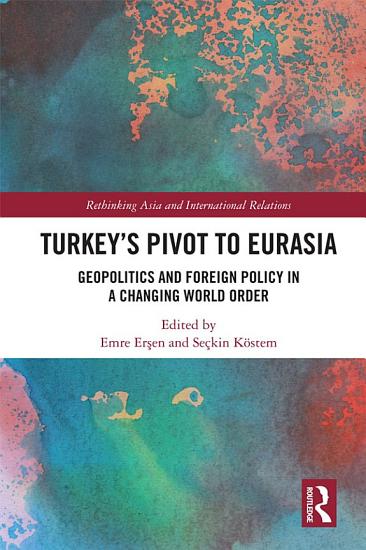 Book Description: This book discusses and analyses the dimensions of Turkey’s strategic rapprochement with the Eurasian states and institutions since the deterioration of Ankara’s relations with its traditional NATO allies. Do these developments signify a major strategic reorientation in Turkish foreign policy? Is Eurasia becoming an alternative geopolitical concept to Europe or the West? Or is this ‘pivot to Eurasia’ an instrument of the current Turkish government to obtain greater diplomatic leverage? Engaging with these key questions, the contributors explore the geographical, political, economic, military and social dynamics that influence this process, while addressing the questions that arise from the difficulties in reconciling Ankara’s strategic priorities with those of other Eurasian countries like Russia, China, Iran and India. Chapters focus on the different aspects of Turkey’s improving bilateral relations with the Eurasian states and institutions and consider the possibility of developing a convincing Eurasian alternative for Turkish foreign policy. The book will be useful for researchers in the fields of politics and IR more broadly, and particularly relevant for scholars and students researching Turkish foreign policy and the geopolitics of Eurasia. 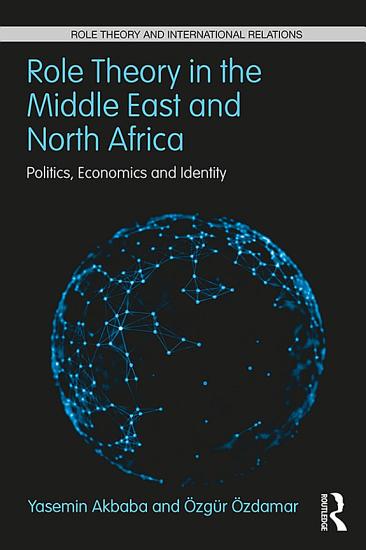 Book Description: Since December 2010, a series of uprisings, revolutions, coups and civil wars have shaken up the Middle East and North Africa region. In this chaotic political environment, several countries have been trying to influence this regional transformation. The implications of this transformation are of great importance for the region, its people and global politics. Using a rich combination of primary and secondary sources, elite interviews and content analysis, Yasemin Akbaba and Özgür Özdamar apply role theory to analyze ideational (e.g. identity, religion) and material (e.g. security, economy) sources of national role conceptions in Egypt, Iran, Saudi Arabia and Turkey. The authors take a closer look at the transformation of these four powers’ foreign policies since the beginning of Arab uprisings, with a specific focus on religion. Each case study is written to a common template allowing for clear comparative analyses. Written in a clear and accessible style, Role Theory in the Middle East and North Africa offers a thought provoking and pioneering insight into the usefulness of role theory in foreign policy making in the developing world. The perfect combination of theoretically oriented and empirically rich analysis make this volume an ideal resource for scholars and researchers of International Relations, Foreign Policy, Middle East Politics and International Security. 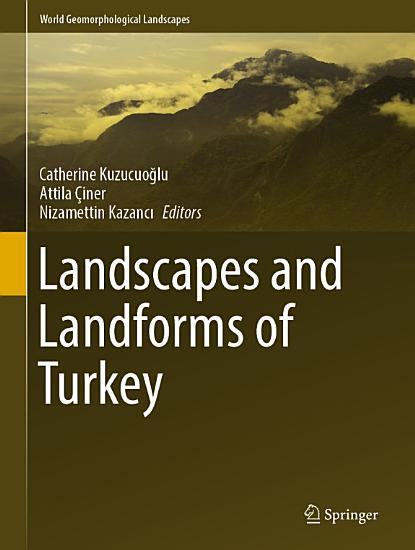 Book Description: This book on Turkish geomorphology offers location descriptions, based on their dynamics and evolution processes, including hydrology, tectonics, volcanism, slopes, coasts, ice/snow, and wind. It presents landforms as a result of evolution (Quaternary, Holocene, historic) and in relation to the elements determining and/or impacting this evolution (vegetation, soil, hydrology, geology, climate, sea level and human action) as well as the resulting landscapes. Richly illustrated with pictures from each site, including geomorphological maps and sections, it explains the risks associated with the geomorphological dynamics (on local and global scales), natural and/or cultural heritage (archaeology, prehistory, history, architectural specifications adapted to the landscape), as well as challenges for human society (endangered landscape, protection/conservation rules/statutes, posters/paintings.). 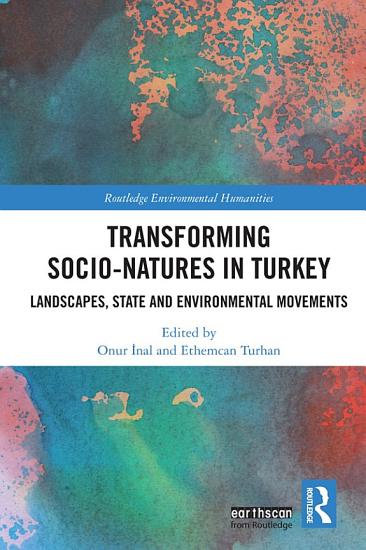 Book Description: This book is an exploration of the environmental makings and contested historical trajectories of environmental change in Turkey. Despite the recent proliferation of studies on the political economy of environmental change and urban transformation, until now there has not been a sufficiently complete treatment of Turkey's troubled environments, which live on the edge both geographically (between Europe and Middle East) and politically (between democracy and totalitarianism). The contributors to Transforming Socio-Natures in Turkey use the toolbox of environmental humanities to explore the main political, cultural and historical factors relating to the country’s socio-environmental problems. This leads not only to a better grounding of some of the historical and contemporary debates on the environment in Turkey, but also a deeper understanding of the multiplicity of framings around more-than-human interactions in the country in a time of authoritarian populism. This book will be of interest not only to students of Turkey from a variety of social science and humanities disciplines but also contribute to the larger debates on environmental change and developmentalism in the context of a global populist turn. 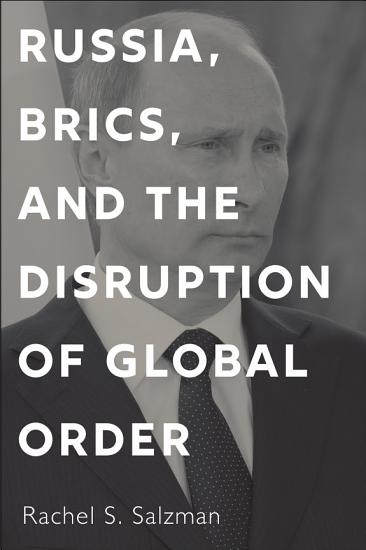 Book Description: Russia's leadership in establishing the BRICS group (Brazil, Russia, India, China, and South Africa) is emblematic of its desire to end US hegemony and rewrite the rules of the international system. Rachel S. Salzman tells the story of why Russia broke with the West, how BRICS came together, why the group is emblematic of Russia's challenge to the existing global order, and how BRICS has changed since its debut. The BRICS group of non-Western states with emerging economies is held together by a shared commitment to revising global economic governance and strict noninterference in the internal affairs of other countries. BRICS is not exclusively a Russian story, but understanding the role of BRICS in Russian foreign policy is critical to understanding the group’s mission. In a time of alienation from the Euro-Atlantic world, BRICS provides Russia with much needed political support and legitimacy. While the longterm cohesion of the group is uncertain, BRICS stands as one of Vladimir Putin's signature international accomplishments. This book is essential reading for scholars and policymakers interested in Russian foreign policy, the BRICS group, and global governance. 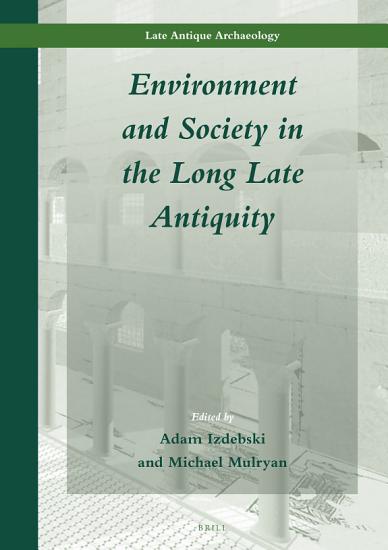 Book Description: Environment and Society in the Long Late Antiquity brings together scientific, archaeological and historical evidence on the interplay of social change and environmental phenomena at the end of Antiquity and the dawn of the Middle Ages, ca. 300-800 AD.