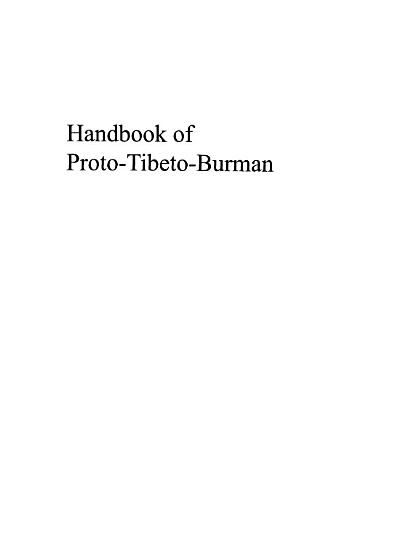 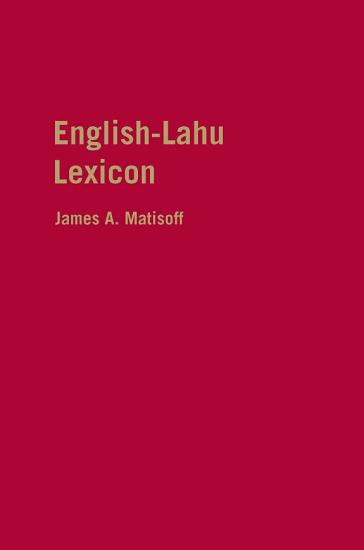 Book Description: Lahu is an important minority language of Southeast Asia, belonging to the Lolo-Burmese subgroup of the Sino-Tibetan language family. It is spoken by over 500,000 people in China, Burma, Thailand, Laos and Vietnam. This English-Lahu Lexicon (ELL) is a computer-aided but manually edited "reversal" of the author's monumental Lahu-English dictionary (The Dictionary of Lahu, UCPL #111, 1988, xxv + 1436 pp.). English-Lahu Lexicon contains nearly 5400 head-entries and well over 10,000 carefully arranged subentries. Every Lahu expression is provided with a form-class designation to indicate its grammatical function. Eight useful Appendices (e.g. Plant and Animal Names) round out the volume's 450 pages. 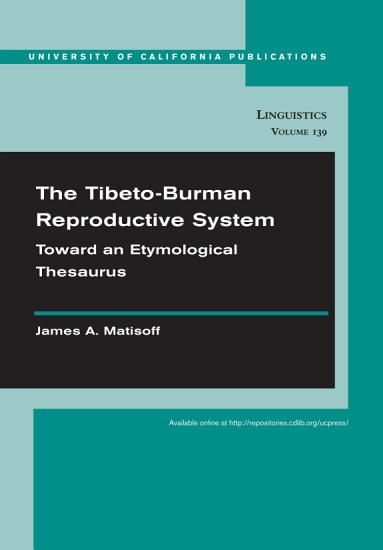 Book Description: This pioneering book is the prototype of the etymological thesaurus that has been the goal of the Sino-Tibetan Etymological Dictionary and Thesaurus project (STEDT) since 1987. It presents nearly 170 Proto-Tibeto-Burman etymologies in the semantic area of the reproductive system, along with discussions of possible Chinese cognates. Special attention is paid to patterns of semantic associations between the reproductive system and other areas of the lexicon. 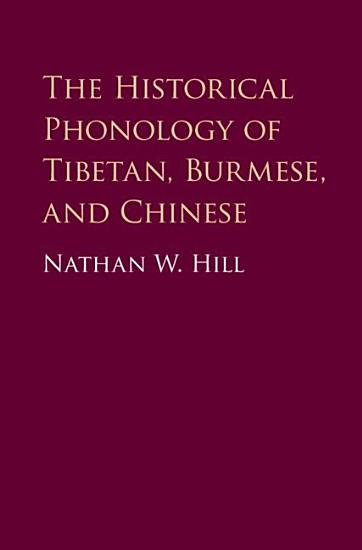 Book Description: An original new perspective on the shared history of Burmese, Chinese, and Tibetan, with a particular focus on their phonological development. 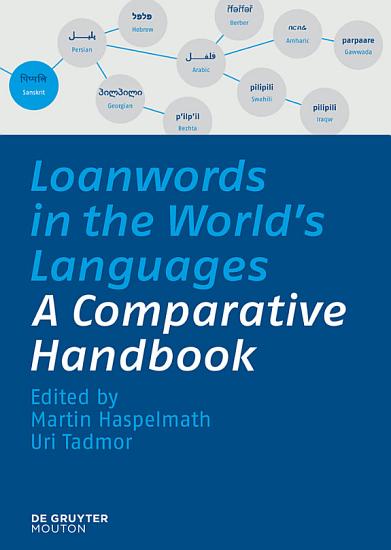 Book Description: This landmark publication in comparative linguistics is the first comprehensive work to address the general issue of what kinds of words tend to be borrowed from other languages. The authors have assembled a unique database of over 70,000 words from 40 languages from around the world, 18,000 of which are loanwords. This database (http: //loanwords.info) allows the authors to make empirically founded generalizations about general tendencies of word exchange among languages. 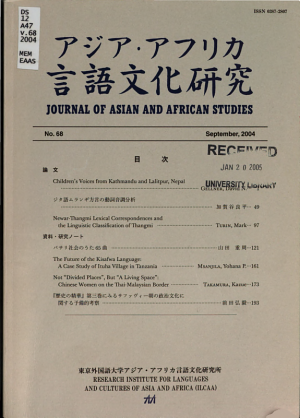 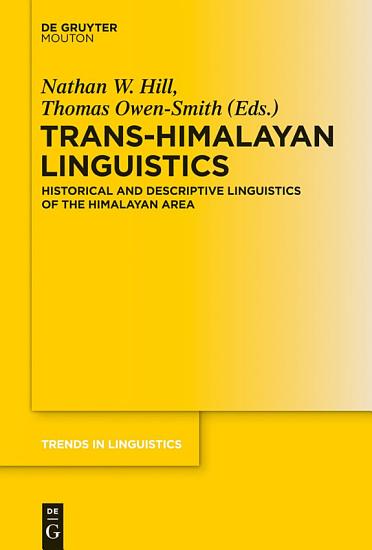 Book Description: The Himalaya and surrounding regions are amongst the world's most linguistically diverse places. Of an estimated 600 languages spoken here at Asia's heart, few are researched in depth and many virtually undocumented. Historical developments and relationships between the region's languages also remain poorly understood. Thisbook brings together new work on under-researched Himalayan languages with investigations into the complexities of the area's linguistic history, offering original data and perspectives on the synchrony and diachrony of the Greater Himalayan Region. The volume arises from papers given and topics discussed at the 16th Himalayan Languages Symposium in London in 2010. Most papers focus on Tibeto-Burman languages. These include topics relating to individual - mostly small and endangered - languages, such as Tilung, Shumcho, Rengmitca, Yongning Na and Tshangla; comparative research on the Tibetic, East Bodish and Tamangic language groups; and several papers whose scope covers the whole language family. The remaining paper deals with the origins of Burushaski, whose genetic affiliation remains uncertain. This book will be of special interest to scholars of Tibeto-Burman, and historical as well as general linguists. 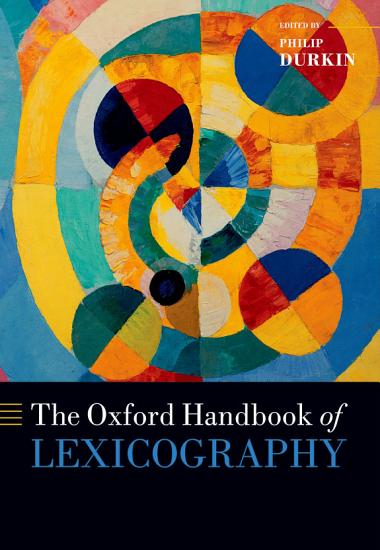 Book Description: This volume provides concise, authoritative accounts of the approaches and methodologies of modern lexicography and of the aims and qualities of its end products. Leading scholars and professional lexicographers, from all over the world and representing all the main traditions and perspectives, assess the state of the art in every aspect of research and practice. The book is divided into four parts, reflecting the main types of lexicography. Part I looks at synchronic dictionaries - those for the general public, monolingual dictionaries for second-language learners, and bilingual dictionaries. Part II and III are devoted to the distinctive methodologies and concerns of the historical dictionaries and specialist dictionaries respectively, while chapters in Part IV examine specific topics such as description and prescription; the representation of pronunciation; and the practicalities of dictionary production. The book ends with a chronology of the major events in the history of lexicography. It will be a valuable resource for students, scholars, and practitioners in the field. 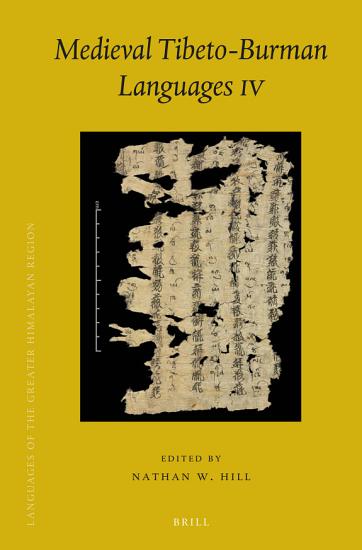 Book Description: While providing unique and detailed information on early Tibeto-Burman languages and their contact and relationship to other languages, this book at the same time sets out to establish a field of Tibeto-Burman comparative-historical linguistics based on the classical Indo-European model. 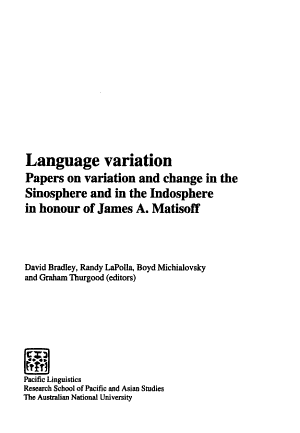 Book Description: This volume discusses the nature of variation and change in a number of East, Southeast and South Asian languages, especially of the Sino-Tibetan family, also extending to other languages, even as far afield as English. The papers honour the work of James A. Matisoff, in celebration of his 65th birthday. There are nineteen papers by twenty authors concerning issues in phonology, morphology, syntax, language contact, orthography and language documentation. Randy LaPolla provides a paper with broad theoretical implications, 'Why languages differ: variation in the conventionalisation of constraints on inference'. Martha Ratliff writes on Hmong secret languages. Graham Thurgood and Fengxiang Li give an account of contact-induced variation and syntactic change in the Austronesian Tsat language of Hainan. Benji Wald's contribution considers verb compounding in English and East Asian languages.