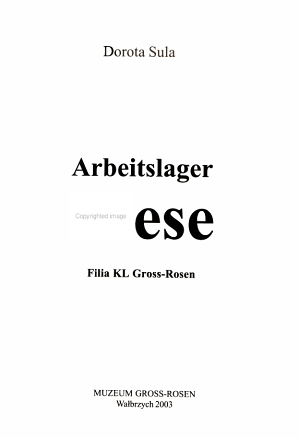 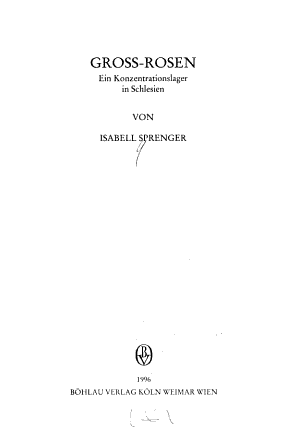 Book Description: Surveys the establishment of a labor camp at Gross-Rosen in 1940 and its development and transformation into a concentration camp in 1942. Pp. 121-137, "Jüdische Häftlinge in Gross-Rosen", report on Jews who were deported to the camp at the end of 1941. They were separated from other prisoners, they had to work harder for longer hours, they were beaten and maltreated, and in case of sickness had no right to medical treatment. After only a short period in the camp, they became weak and had little chance for survival. There is no data on the number of Jews interned between August 1940-October 1942, but 218 Jews died and the 37 Jews who remained were deported to Auschwitz. An expansion took place in 1944, when 28 labor camps in the area were taken over by Gross-Rosen; the labor camp complex held 60,000 Jewish prisoners, 26,000 of them women. There are no data on the victims.