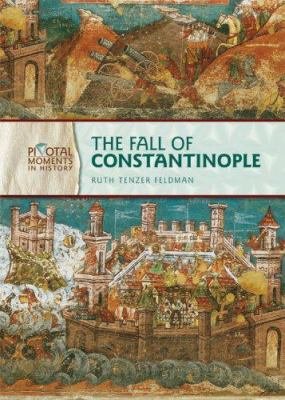 Book Description: Examines how the fall of Constantinople to the Turkish Ottomans in 1453 marked the official end of the Byzantine Empire. 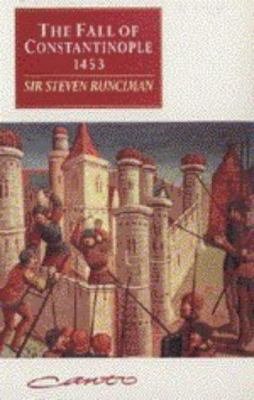 Book Description: While their victory ensured the Turks' survival, the conquest of Constantinople marked the end of Byzantine civilization for the Greeks, by triggering the scholarly exodus that caused an influx of Classical studies into the European Renaissance. 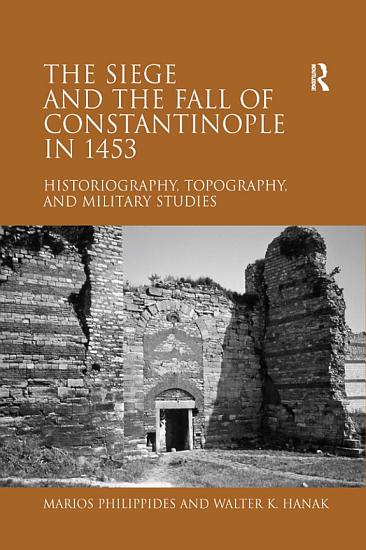 Book Description: This major study is a comprehensive scholarly work on a key moment in the history of Europe, the fall of Constantinople to the Ottoman Turks in 1453. The result of years of research, it presents all available sources along with critical evaluations of these narratives. The authors have consulted texts in all relevant languages, both those that remain only in manuscript and others that have been printed, often in careless and inferior editions. Attention is also given to 'folk history' as it evolved over centuries, producing prominent myths and folktales in Greek, medieval Russian, Italian, and Turkish folklore. Part I, The Pen, addresses the complex questions introduced by this myriad of original literature and secondary sources. 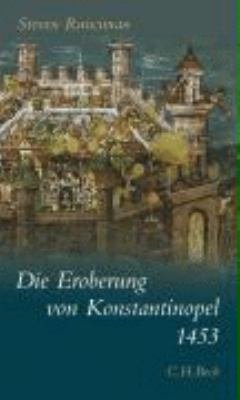 Book Description: Byzantium was the last bastion of the Roman Empire following the fall of the Western Roman Empire. It fought for survival for eight centuries until, in the mid-15th century, the emperor Constantine XI ruled just a handful of whittled down territories, an empire in name and tradition only. This lavishly illustrated book chronicles the history of Byzantium, the evolution of the defenses of Constantinople and the epic siege of the city, which saw a force of 80,000 men repelled by a small group of determined defenders until the Turks smashed the city's protective walls with artillery. Regarded by some as the tragic end of the Roman Empire, and by others as the belated suppression of an aging relic by an ambitious young state, the impact of the capitulation of the city resonated through the centuries and heralded the rapid rise of the Islamic Ottoman Empire. 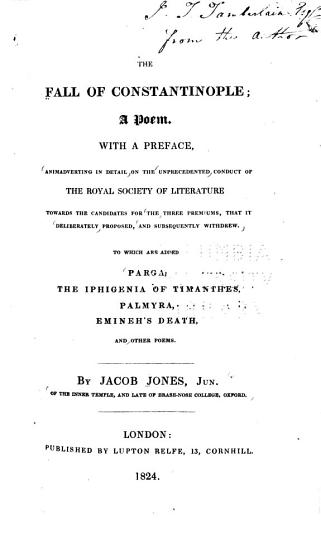 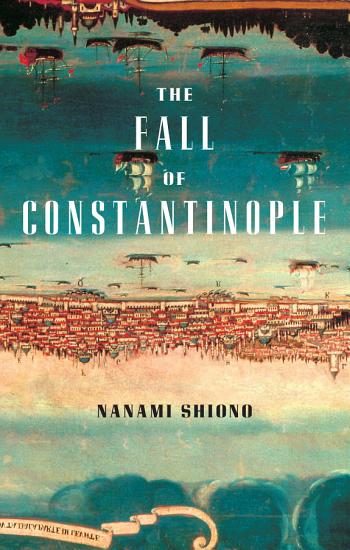 Book Description: The Roman Empire did not meet its end when barbarians sacked the City of Seven Hills, but rather a thousand years later with the fall of Constantinople, capital of the surviving Eastern Empire. The Ottoman Turks who conquered the city aslo known to us as Byzantium would force a tense centruy of conflict in the Mediterranean culminating in the famous Battle of Lepanto. The first book in a triptych depicting this monumental confrontation between a Muslim empire and Christendom, The Fall of Constantinople brilliantly captures a defning moment in the two creeds' history too often eclipsed by the Crusades.

Book Description: The siege and fall of the capital city of the Eastern Roman Empire, Constantinople, by the Ottoman Turks in 1453, marked a turning point in the history of the world. It was more than just another Muslim victory in their centuries-old war on Europe; it was confirmation that a deadly threat had arisen, and had to be checked, otherwise all of Europe would be consumed and extinguished. This work covers the events leading up to the siege, the main players on both sides, the preparations, and a blow-by-blow account of the 53-day siege which finally saw the ancient walls of the city-which had withstood barbarian invaders for nearly 1,000 years-finally breached. The reasons for the weakness of the city are highlighted: calls for aid by the last Eastern Roman emperor saw little or no response from the West, due to the division between Eastern and Western Christianity, and many citizens of the city refused to come to their own defense. Of the population of approximately 100,000, the last emperor could only raise an army of just over 6,000 men, and they, together with a few thousand volunteers from Western Europe, made their last stand against hundreds of thousands of Ottoman Turks. The outcome was inevitable. This new edition of this classic and highly readable work has been reformatted, and enhanced with over 30 new illustrations and dramatic eyewitness accounts unavailable at the time of its original publication. Together, these accounts and the story of the fall of Constantinople make sobering reading, and serve as a warning to the future of Europe more than five centuries after the events they describe. 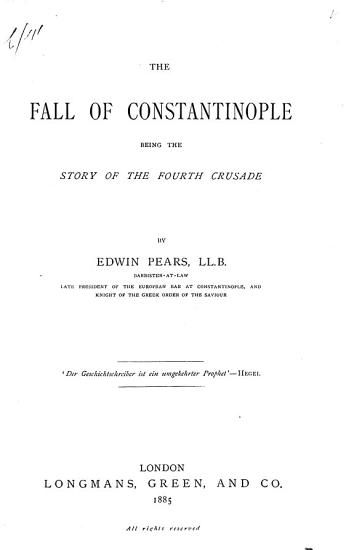 Book Description: The Fall of Constantinople: Being the Story of the Fourth Crusade by Edwin Pears, first published in 1885, is a rare manuscript, the original residing in one of the great libraries of the world. This book is a reproduction of that original, which has been scanned and cleaned by state-of-the-art publishing tools for better readability and enhanced appreciation. Restoration Editors' mission is to bring long out of print manuscripts back to life. Some smudges, annotations or unclear text may still exist, due to permanent damage to the original work. We believe the literary significance of the text justifies offering this reproduction, allowing a new generation to appreciate it.