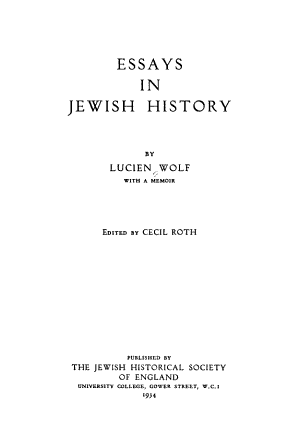 Book Description: This volume brings together essays by leading scholars from North America, Europe, and Israel who have drawn on literary analysis of the biblical text as well as archaeology, anthropology, and sociology to make significant contributions to our understanding of the history and religion of ancient Israel. An introduction by the editors summarizes issues that have emerged over the past generation, including competing positions as to the reliability of the biblical accounts and the relevance of archaeological evidence; it also places the essays that are reproduced in the following pages into this larger context. The first section of essays then offers several that present different views as to the methodology for reconstructing the history of ancient Israel. Subsequent sections examine issues pertaining to what the Bible depicts as the patriarchal period, the exodus from Egypt and occupation of the Promised Land, the united monarchy and its subsequent division, and the Babylonian exile and return. The final section includes essays that explore Israelite religion, focusing on fundamental beliefs and practices as well as relationships to the religions of neighboring cultures. 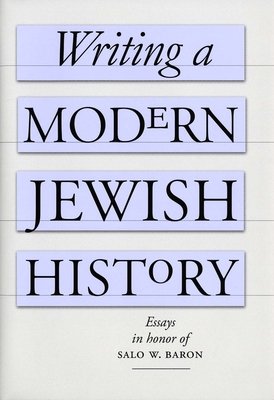 Book Description: In this insightful book, an eclectic and distinguished group of writers explore the Jewish experience in the Americas and celebrate the legacy of Salo Wittmayer Baron (1895-1989), a preeminent scholar who revolutionized the study of Jewish history during his lengthy tenure at Columbia University. Baron's important ideas are reflected throughout these texts, which concern strategies for the continuous identity of a dispersed people. Featured essays discuss the meaning and significance of colonial portraits of American Jews; the history of an extraordinary group of Jews in the remote Amazon; the charitable fairs organized by Jewish women to raise money for various causes in nineteenth-century America; the place of Jews in postmodern American culture; the "Jewish unconscious" of the art critic Meyer Schapiro; and Salo Baron's influence as a historian and teacher. A group of poems by Robert Pinsky accompanies the essays. Together these writings form a dynamic interplay of ideas that encourages readers to think deeply about Jewish history and identity. 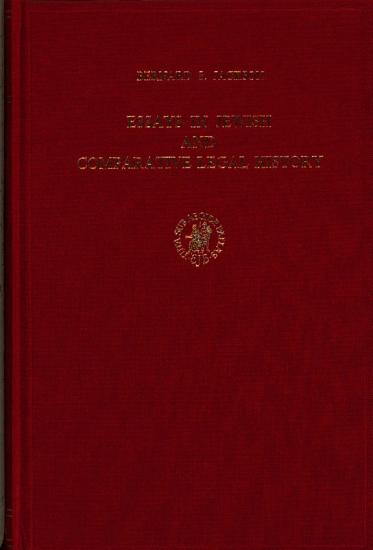 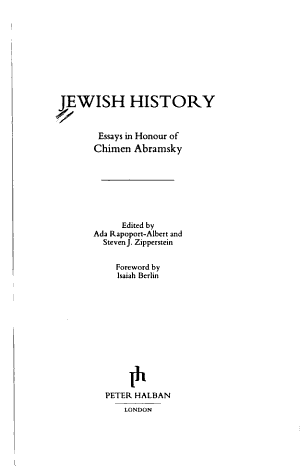 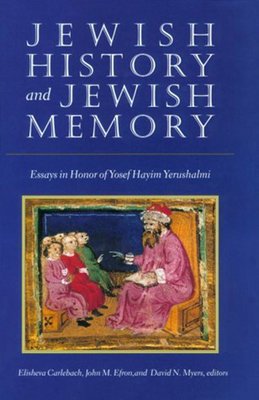 Book Description: Publication of Yosef Yerushalmi's Zakhor in 1982 inspired a generation of scholarly inquiry into historical images and myths, the construction of the Jewish past, and the making and meaning of collective memory. Here, eminent scholars in their respective fields extend the lines of his seminal study into topics that range from medieval rabbinics, homiletics, kabbalah, and Hasidism to antisemitism, Zionism, and the making of modern Jewish identity. Essays are clustered around four central themes: historical consciousness and the construction of memory; the relationship between time and history in Jewish thought; the demise of traditional forms of collective memory; and the writing of Jewish history in modern times. 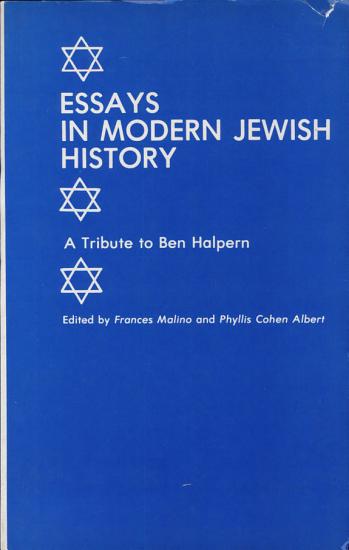 Book Description: A diverse collection of essays studying Jewish communities before, during, and after their emergence into a modern, emancipated status. A fitting tribute to an outstanding sociologist and scholar. 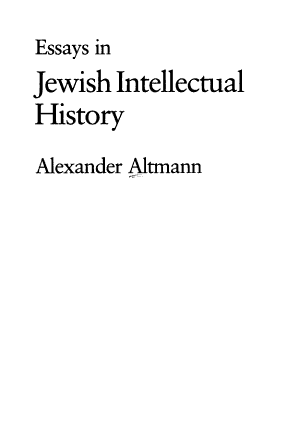 Book Description: A selection of the work of an outstanding Jewish scholar which stretches across the entire spectrum of Jewish creativity from the Hellenistic to the modern period. 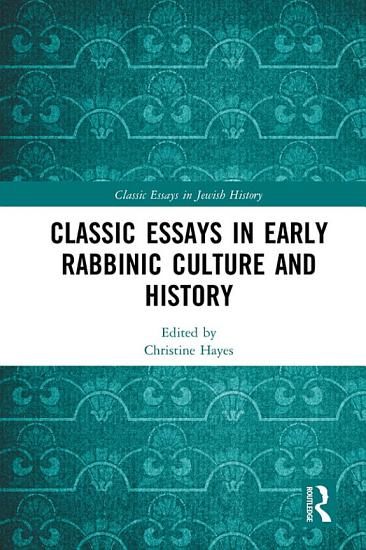 Book Description: This volume brings together a set of classic essays on early rabbinic history and culture, seven of which have been translated into English especially for this publication. The studies are presented in three sections according to theme: (1) sources, methods and meaning; (2) tradition and self-invention; and (3) rabbinic contexts. The first section contains essays that made a pioneering contribution to the identification of sources for the historical and cultural study of the rabbinic period, articulated methodologies for the study of rabbinic history and culture, or addressed historical topics that continue to engage scholars to the present day. The second section contains pioneering contributions to our understanding of the culture of the sages whose sources we deploy for the purposes of historical reconstruction, contributions which grappled with the riddle and rhythm of the rabbis’ emergence to authority, or pierced the veil of their self-presentation. The essays in the third section made contributions of fundamental importance to our understanding of the broader cultural contexts of rabbinic sources, identified patterns of rabbinic participation in prevailing cultural systems, or sought to define with greater precision the social location of the rabbinic class within Jewish society of late antiquity. The volume is introduced by a new essay from the editor, summarizing the field and contextualizing the reprinted papers. About the series Classic Essays in Jewish History (Series Editor: Kenneth Stow) The 6000 year history of the Jewish peoples, their faith and their culture is a subject of enormous importance, not only to the rapidly growing body of students of Jewish studies itself, but also to those working in the fields of Byzantine, eastern Christian, Islamic, Mediterranean and European history. Classic Essays in Jewish History is a library reference collection that makes available the most important articles and research papers on the development of Jewish communities across Europe and the Middle East. By reprinting together in chronologically-themed volumes material from a widespread range of sources, many difficult to access, especially those drawn from sources that may never be digitized, this series constitutes a major new resource for libraries and scholars. The articles are selected not only for their current role in breaking new ground, but also for their place as seminal contributions to the formation of the field, and their utility in providing access to the subject for students and specialists in other fields. A number of articles not previously published in English will be specially translated for this series. Classic Essays in Jewish History provides comprehensive coverage of its subject. Each volume in the series focuses on a particular time-period and is edited by an authority on that field. The collection is planned to consist of 10 thematically ordered volumes, each containing a specially-written introduction to the subject, a bibliographical guide, and an index. All volumes are hardcover and printed on acid-free paper, to suit library needs. Subjects covered include: The Biblical Period The Second Temple Period The Development of Jewish Culture in Spain Jewish Communities in Medieval Central Europe Jews in Medieval England and France Jews in Renaissance Europe Jews in Early Modern Europe Jews under Medieval Islam Jews in the Ottoman Empire and North Africa