0 Read eBook for: civilian conservation corps in arizona the [PDF] 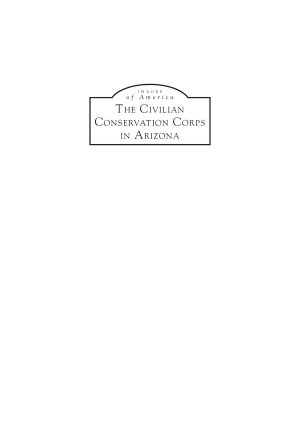 
"...This book is a story of the people and places that made the CCC a success in Arizona. Yet what you have here is so much more than that. Sharon and Bob have really created a photo album that chronicles the people and places of the CCC in Arizona in a way never before seen in my recollection. The images and text here represent what the photo album of a CCC enrollee would have looked like had he worked in camps across the state, chronicling what might have been the biggest adventure of a young man's life if a world war hadn't intervened so abruptly and so violently in 1942" -- p. 6-7. 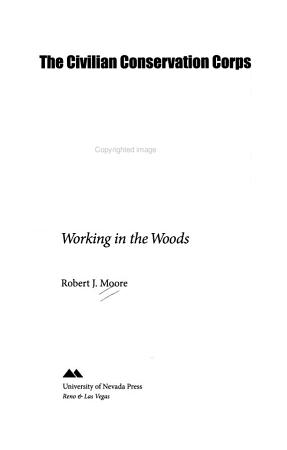 
Part of the massive relief effort of Roosevelt's New Deal, the ccc was created in 1933 to give young men an opportunity to work and make money to help families devastated by the Great Depression, and to participate in forest and conservation projects across the country. In Arizona, thousands of young men, many of them from the industrial Northeast, served in the state's ccc forest camps. Arizona's Mogollon Rim is a spectacular expanse of cliffs that slices through half the state, stretching from Sedona eastward to New Mexico. Along with the White Mountains, it includes the largest contiguous forest of ponderosa pine in America. Remote and little-visited in the 1930s, the Rim Country offered copious outlets for the ccc men's energies: building roads, public campsites, hiking trails, fire lookout towers, and administration buildings; fighting fires; controlling erosion; eliminating vermin; and restoring damaged soils.


In the 1930s, the United States was in the grip of the Great Depression and the Dust Bowl. Jobs were scarce, people were hungry, and the nation's lands and forests were in decline. To combat these harsh realities, Pres. Franklin D. Roosevelt established the Civilian Conservation Corps (CCC), a 1933-1942 program that put young unemployed men to work developing and conserving natural resources. The men lived together in camps where they received medical care, food, and education, and a portion of their salaries went home to support their families. In Arizona, they battled soil erosion on grazing lands, built roads, and developed parks, including Petrified Forest National Park, Saguaro National Park, and South Mountain Park. At Grand Canyon, they built trails, roads, and buildings. Throughout the state's national forests, they constructed recreational facilities and improved the health of the woods. The magnitude of the work they accomplished is staggering, and their enduring contribution to the state is unquestionable.


From the Preface: " ... The CCC story is many faceted. ... For me, the most tantalizing area is documenting the work that was accomplished. However, before I could do that I had to establish the baseline data--specifying as exactly as possible when and where each company was located as well as when they completed their tenure. So, this monograph focuses greatly on the work projects. Yet, when possible, I have added some of the human element and the names of the main actors if those were in the records. And, I hope I have given a true flavor of what the enrollees were communicating in their camp newspapers."


In 1936 representatives of the Direct Advertising Company of Baton Rouge Louisiana visited the 31 Civilian Conservation Corps (CCC) camps in Arizona. At each location they photographed the young enrollees and as well as their supervisors and even some of their work projects. The result was two annuals with many photos and thousands of names and many of their hometowns. Today these official annuals are extremely rare and owned by just a few archives across the country. CCC historian Robert W. "Bob" Audretsch combed through the two annuals to compile this list of over 4,000 enrollee names. The CCC went on to become the most popular of Franklin Delano Roosevelt's New Deal programs. Ultimately over three million men participated and many went on to serve in the U.S. armed forces in World War II. This book is a gold mine for those who had ancestors who served in the CCC in in Arizona, New Mexico, Oklahoma and Texas. 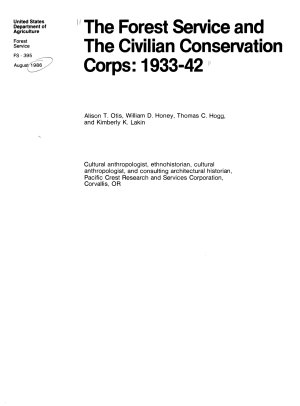 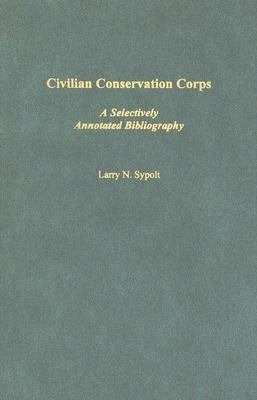 
Includes national, state, and local materials dealing with the administration, education, and work projects of the Civilian Conservation Corps. 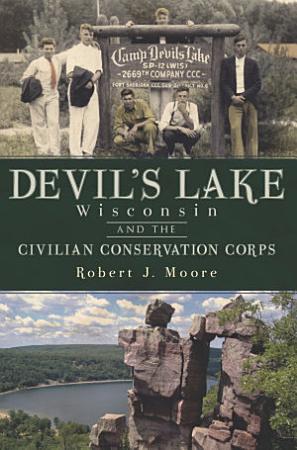 
Thousands of young men embarked on the adventure of a lifetime when they joined the Civilian Conservation Corps during the Great Depression. Service at Wisconsin’s popular state park offered notoriety absent at most camp assignments. While most of the CCC work around the country was in remote forests and farmlands, at Devil’s Lake tourists could view CCC project activity each day, forging that labor into an essential part of the park experience. Historian Robert J. Moore interviews veterans and mines the archives to preserve this legacy so that the gasps of wonder at nature’s marvels remain mixed with respect for the men who helped bring them forth.


"Audretsch has given us insight into the scope of CCC work which otherwise might have lain dormant." He "has produced a meticulously referenced and detailed compilation of history of the seven CCC companies which served, 1933-1942, at the South Rim, North Rim, and Phantom Ranch to develop Grand Canyon National Park." ---Kathy Mays Smith Author, Gold Medal CCC Company 1538: A Documentary 2009 Recepient of the CCC Legacy President's Meritorious Service Award "Shaping the Park and Saving the Boys succeeds in large part because it strikes a good balance between what is old - the broader history of the CCC as a New Deal Program - and what is new - those tantalizing, heretofore unknown or forgotten details of day-to-day Civilian Conservation Corps work at Grand Canyon. Casual readers will enjoy the book both as a primer on the New Deal's most popular program, and as a snapshot of CCC life at Grand Canyon, while researchers will find themselves returning to its pages again and again for useful nuggets in the text as well as within the footnotes." --- Michael I. Smith, CCC Historian, Past Board Member CCC Legacy THE GREAT DEPRESSION was undoubtedly the nation's greatest crisis since the Civil War. Unemployment in the United States reached 25%. Many young men, without work experience or adequate schooling, were without hope. Then, on March 4, 1933, Franklin Delano Roosevelt was sworn in as president. In the sometimes-frenetic First Hundred Days of his administration, the president and Congress passed landmark legislation to return the nation to prosperity. One of those legislative milestones was the Civilian Conservation Corps program. The goals of the CCC program were twofold: revive the wasted young men and damaged natural resources. Over a nine-year-period, 1933-1942, nearly three million young men carried on conservation work in national parks, state parks, national forests, and other public lands. One of the greatest beneficiaries of the CCC was Arizona's Grand Canyon National Park. From 1933 to 1942, the park's infrastructure advanced as much as fifty years with the installation of trails, buildings, trail resthouses, roads, telephone lines, and many other improvements. Many of these enhancements benefit today's park users. Robert W. "Bob" Audretsch retired as a National Park Service ranger at Grand Canyon in 2009 after nearly 20 years of service. Since then, he has devoted himself full time to research and writing about the Civilian Conservations Corps. Bob holds degrees in history and library science from Wayne State University. He resides in Flagstaff, Arizona. 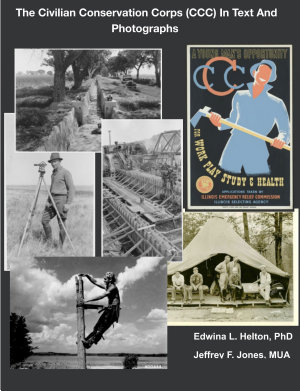 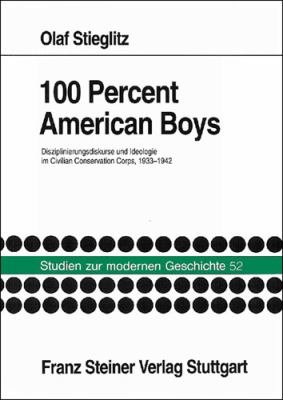