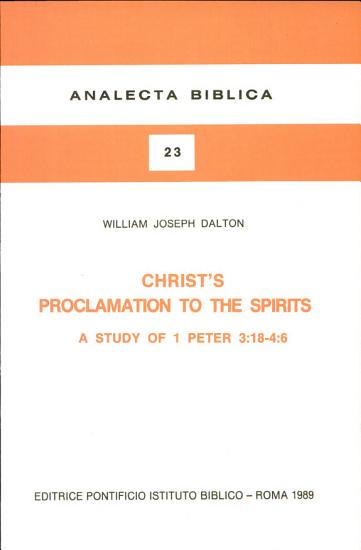 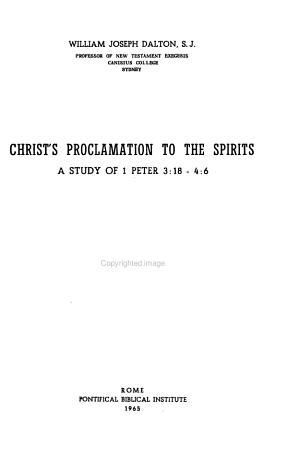 Book Description: 1 Peter 3:18-22 records Christ's proclamation to the "imprisoned spirits." Interpreting this passage has challenged even the most competent exegetes. Earliest interpretations understood these imprisoned spirits as the souls of humans to whom Christ preached during his "harrowing of Hades" between his death and resurrection. Augustine identified them as the humans living prior to the flood who were heralded to by the pre-existent Christ through the person of Noah. Scholars from the beginning of the twentieth century through the present have read these verses through the lens of the fall of the watchers tradition first recorded in the Book of Watchers, thus reckoning these spirits as imprisoned angels. Yet contemporary scholarship has failed to acknowledge the development, conflation, and even multiplicity of the fallen angel sin and punishment myths that are found throughout much of early Jewish and Christian literature. This thesis traces the major developments of the fallen angel, giant, evil spirit, and human sin and punishment traditions throughout 1 Enoch, Jubilees, Dead Sea Scroll material, and other relevant works that may have played a role in the formative history of 1 Peter 3:18-22. This thesis also attempts, based upon the conflation of previous traditions, to ascertain the identity of imprisoned spirits, the content of Christ's proclamation, and the relevance of these questions to the original readers. Finally, this work attempts to ascertain the relationship between baptism in verse 22 and the warding off of evil spirits. 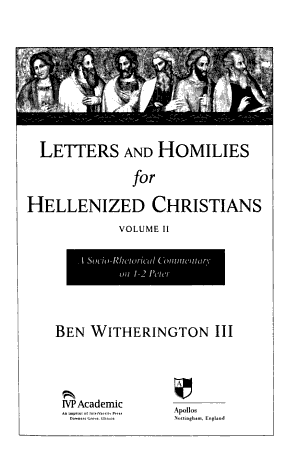 Book Description: Letters and Homilies for Hellenized Christians is the first of three volumes extending Ben Witherington's innovative socio-rhetorical analysis of New Testament books to the latter-Pauline and non-Pauline corpora. A second volume will continue the focus on letters and homilies for Hellenized Christians (1-2 Peter), while a third will focus on letters and homilies for Jewish Christians (Hebrews, James and Jude). By dividing the volumes according to the socio-religious contexts for which they were written, Witherington sheds fresh light on the documents, their provenance, character and importance. Throughout, Witherington shows his thorough knowledge of recent literature on these texts and focuses his attention on the unique insights brought about through socio-rhetorical analysis that either reinforces or corrects those gleaned from other approaches. Strikingly, based on his rhetorical analysis of the Pastorals, he makes the case for Luke as Paul's amanuensis for these letters. He also makes a strenuous argument against New Testament pseudepigrapha. "Bridging the Horizons" sections point to the relevance of the text for believers today, making this volume of special value to pastors and general readers as well as students and scholars. 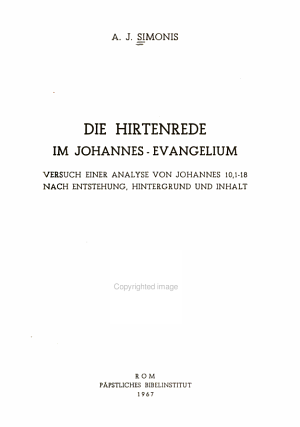 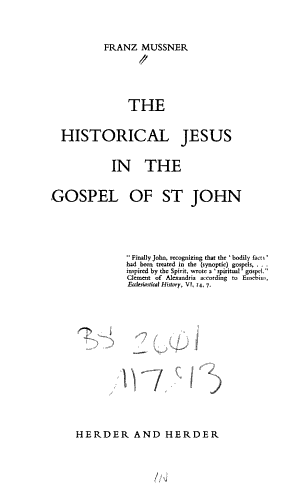 Book Description: The problem raised by the discrepancy between the synoptic gospels' treatment of Jesus and that of the fourth gospel has bewildered readers of the New Testament from the Patristic era to the present. 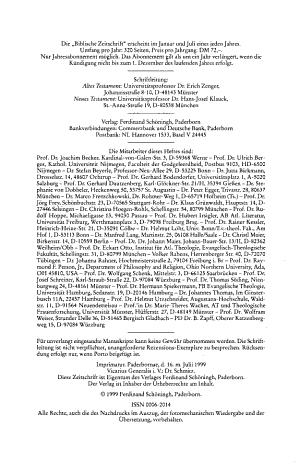 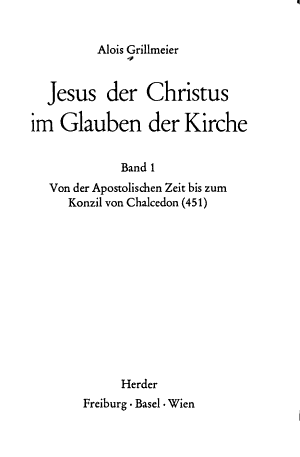 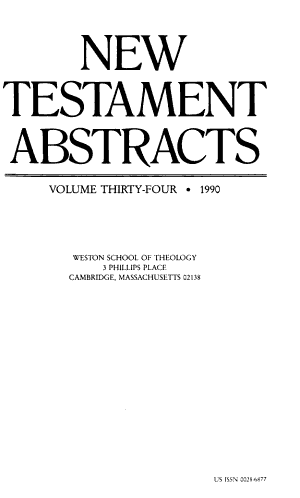