0 Read eBook for: beards and masculinity in american literature [PDF] 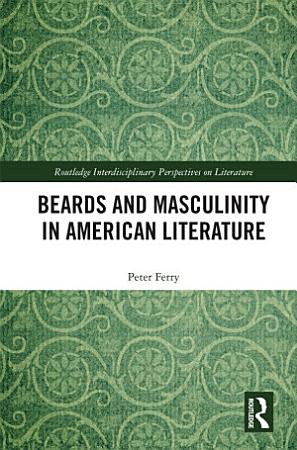 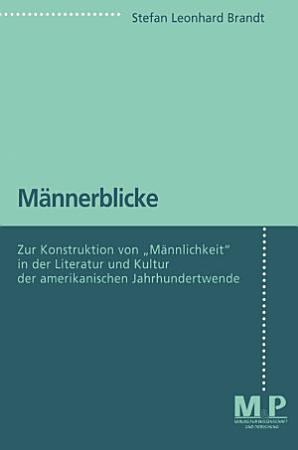 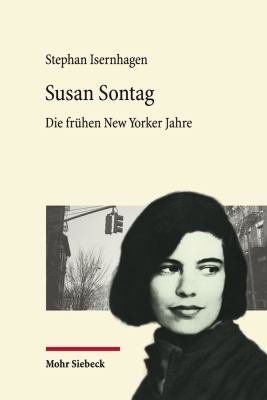 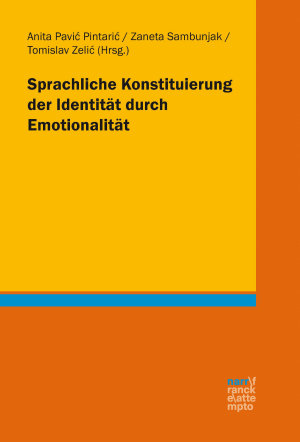 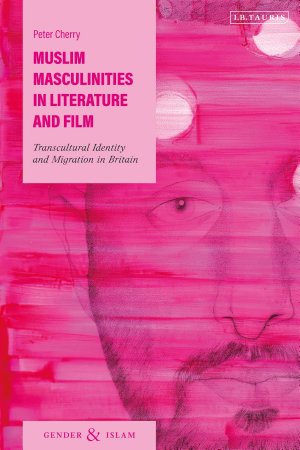 
A climate of Islamophobia allows anxieties about Muslim men living in and migrating to Britain to endure. British Muslims men are often profiled in highly negative terms or regarded with suspicion owing to their perceived religious and cultural heritage. But novels and films by British migrant and diaspora writers and filmmakers powerfully contest these stereotypes, and explore the rich diversity of Muslim masculinities in Britain. This book is the first critical study to engage with British Muslim masculinities in this literary and cinematic output from the perspective of Masculinity Studies. Through close analysis of work by Monica Ali, Nadeem Aslam, Guy Gunaratne, Sally El Hosaini, Hanif Kureishi, Suhayl Saadi, Sunjeev Sahota, Kamila Shamsie, Zadie Smith, Zia Haider Rahman and Salman Rushdie, Peter Cherry examines how migrant and diaspora protagonists negotiate their masculinity in a climate of Islamophobic and anti-migrant rhetoric. Cherry proposes a transcultural reading of these novels and films that exposes how conceptions of 'Britishness', 'Muslimness' and those of masculinity are unstable and contingent constructs shaped by migration, interaction with other cultures, and global and local politics. 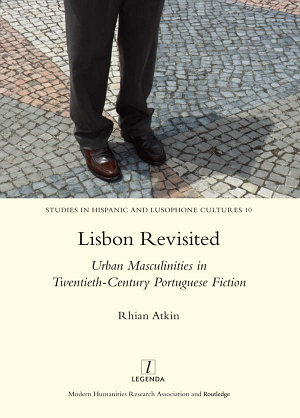 
Twentieth-century Portugal saw dramatic political and social change. The monarchy was abolished, and a republic installed (1910), soon giving way to a long-lasting dictatorship (1926); a transition to democracy (1974) led to membership of the European Union (1986). But what do we know of how people lived during these periods? And how did men, in particular, respond to the changes taking place in society? In this illuminating and broad-ranging study, Rhian Atkin uses as case studies the work of Fernando Pessoa (1888-1935), Luis de Sttau Monteiro (1926-93) and Jose Saramago (1922-2010) in order to examine the relationship between socio-political change and the construction and performance of masculinities in the urban environment of Lisbon over the course of the last century. 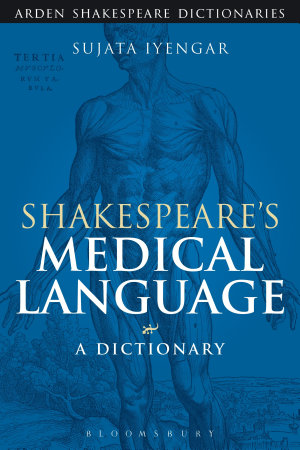 
Physicians, readers and scholars have long been fascinated by Shakespeare's medical language and the presence of healers, wise women and surgeons in his work. This dictionary includes entries about ailments, medical concepts, cures and, taking into account recent critical work on the early modern body, bodily functions, parts, and pathologies in Shakespeare. Shakespeare's Medical Language will provide a comprehensive guide for those needing to understand specific references in the plays, in particular, archaic diagnoses or therapies ('choleric', 'tub-fast') and words that have changed their meanings ('phlegmatic', 'urinal'); those who want to learn more about early modern medical concepts ('elements', 'humors'); and those who might have questions about the embodied experience of living in Shakespeare's England. Entries reveal what terms and concepts might mean in the context of Shakespeare's plays, and the significance that a particular disease, body part or function has in individual plays and the Shakespearean corpus at large. 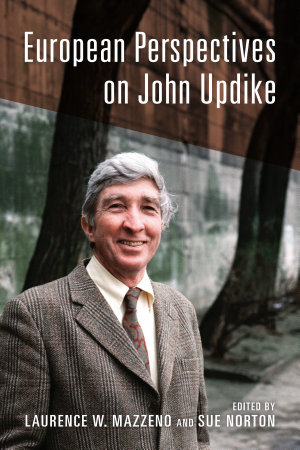 
A collection of essays that perceive Updike's America through the eyes of Western and Eastern European readers and scholars, contributing to Updike scholarship while demonstrating his resonance across the Atlantic 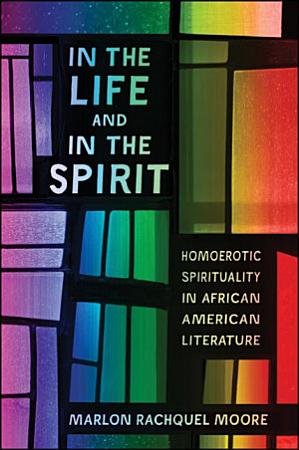 
Examines a range of fiction that challenges widespread assumptions about what it means to be a black person of faith. Taking up the perceived tensions between the LGBTQ community and religious African Americans, Marlon Rachquel Moore examines how strategies of antihomophobic resistance dovetail into broader literary and cultural concerns. In the Life and in the Spirit shows how creative writers integrate expressions of faith or the supernatural with sensuality, desire, and pleasure in a way that highlights a spectrum of black sexualities and gender expressions. Through these fusions, African American writers enact queer spiritualities that situate the well-known work of James Baldwin into a broader community of artists, including Bruce Nugent, Ann Allen Shockley, Alice Walker, Langston Hughes, Jewelle Gomez, Becky Birtha, and Octavia Butler. In these texts from 1963 to 1999, Moore identifies a pervasive, affirming stance toward LGBTQ people and culture in African American literary production. 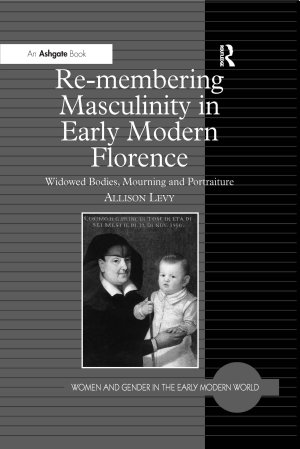 
From Pliny to Petrarch to Pope-Hennessy and beyond, many have understood the obvious connection between portraiture and commemorative practice. This book expands and nuances our understanding of Renaissance portraiture; the author shows it to be complexly generated within a discourse of male anxiety and pre-mortuary mourning. She argues that portraiture could defer memory loss or, at the very least, pictorially console the subject against his own potentially unmourned death. This book recognizes a socio-cultural anxiety - the fear not merely of death but also of being forgotten - and identifies a set of pictorial, literary and theoretical strategies consequently formulated to ensure memory. To explore this phenomenon, this interdisciplinary but fundamentally art historical project merges early modern visual culture and critical theories of the body. The author examines an extensive selection of fifteenth- and sixteenth-century male and female portraits, primarily associated with the Medici family, circle and court, in and against both historical writings and contemporary discourses, including literary and cultural theory, psychoanalysis, feminism and gender studies, and critical theories of race and disability. Re-membering Masculinity generates new ideas about both male and female portraiture in early modern Florence, raises even more questions about the experiences and representations of widowhood and mourning, and re-configures our understanding of masculinity - from the early modern male body to 'Renaissance Man' to postmodern manhood. 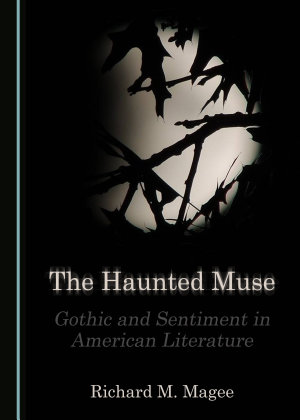 
The Salem witch trials, and the many narratives based on them, both contemporaneous and subsequent discussions, have had a powerful influence on the American national psyche, informing the nation’s political debates and propelling its fears. Perhaps one of the major reasons for the importance of the trials is how they conceive of and present a narrative of danger. The horror grows in and seems to threaten not just the body politic, but, perhaps more importantly, the domestic sanctuary. The home and hearth become a contested ground where good and evil fight for the souls of the inhabitants, or an infection that threatens to spread to other homes and, eventually, the entire community. The fear of witchcraft or demonic possession reveals not just a religious mania, but also a level of misogyny. Much has been made of the connections between witchcraft accusations and midwifery, homeopathy, and other, usually female, pursuits. The link between midwifery and witchcraft is especially interesting here, however, as it suggests an anxiety linked to notions of creation and procreation. This book proposes a link between the fears of usurped procreation elicited by the trials and fears of misdirected or usurped creativity. In many Gothic stories, the authors imagine their literary creations as children who have been transformed by malignant forces, much as the Puritans of 1692 feared that the devil was transforming their actual children. The home in the Gothic story becomes a warped version of the sacred domestic space of sentimental literature, and it transforms from refuge to place of terror. The authors examined here include Nathaniel Hawthorne, Louisa May Alcott, Rose Terry Cooke, Charlotte Perkins Gilman, Shirley Jackson, Stephen King, and Ira Levin. 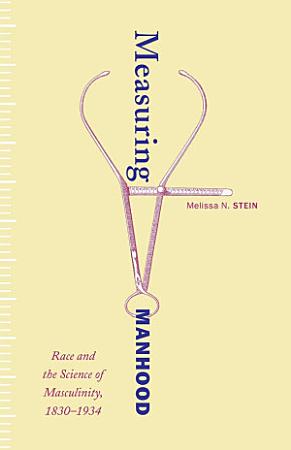 
From the “gay gene” to the “female brain” and African American students’ insufficient “hereditary background” for higher education, arguments about a biological basis for human difference have reemerged in the twenty-first century. Measuring Manhood shows where they got their start. Melissa N. Stein analyzes how race became the purview of science in nineteenth- and early twentieth-century America and how it was constructed as a biological phenomenon with far-reaching social, cultural, and political resonances. She tells of scientific “experts” who advised the nation on its most pressing issues and exposes their use of gender and sex differences to conceptualize or buttress their claims about racial difference. Stein examines the works of scientists and scholars from medicine, biology, ethnology, and other fields to trace how their conclusions about human difference did no less than to legitimize sociopolitical hierarchy in the United States. Covering a wide range of historical actors from Samuel Morton, the infamous collector and measurer of skulls in the 1830s, to NAACP leader and antilynching activist Walter White in the 1930s, this book reveals the role of gender, sex, and sexuality in the scientific making?and unmaking?of race. 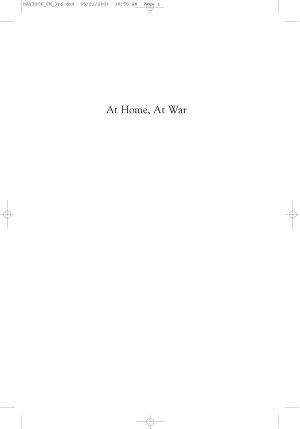 
This study demonstrates that such literary divisions as war novel and domestic novel limit readers' understanding of the ways these categories rely on and respond to each other. Haytock argues that gender creates an ideological context through which both domesticity and war are viewed and understood; issues of home and violence are intricately related for U.S. authors who wrote about the First World War. Haytock explores what war and domestic texts represent in light of the deconstructionist said in its cultural and historical context and seeing what is not said. Readers take food, shelter, and clothing for granted, and yet the way we treat them is part of what allows us to define ourselves as civilized. In war novels and domestic novels by Temple Beiley, Ellen, Glasgow, Edith Wharton, Willa Cather, John Dos Passons, Thomas Boyd, Ernest Hemingway, William Faulkner, and Eudora Welty, the idea of home and domestic rituals contribute to the creation of war propaganda, the soldier's experience of war, and the home front's ability to confront the war after the fact. This approach helps literary criticism reject the separation of men's and women's writing, particularly but not only their writing about war. 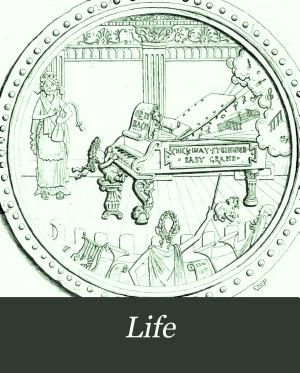 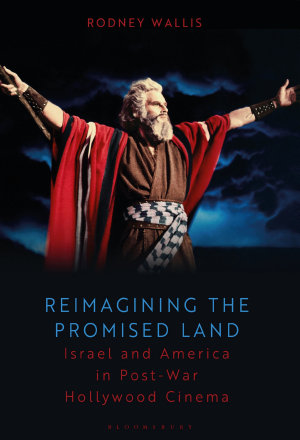 
While Israel has seemingly been a minor presence in Hollywood cinema, Reimagining the Promised Land argues that there is a long history of Hollywood deploying images of Israel as a means of articulating an idealized notion of American national identity. This argument is developed through readings of The Ten Commandments (Cecil B. DeMille, 1956), Ben-Hur: A Tale of the Christ (William Wyler, 1959), Exodus (Otto Preminger, 1960), Cast a Giant Shadow (Melville Shavelson, 1966), Black Sunday (John Frankenheimer, 1977), The Delta Force (Menahem Golan, 1986), and Munich (Steven Spielberg, 2005). The mobilization of Israel that pervades this eclectic group of films effectively demonstrates one of the more surreptitious ways in which Hollywood has historically constructed and circulated dominant notions of American national identity. Moreover, in examining the most notable Hollywood representations of the Jewish state, the book offers an informed historical overview of the cultural forces that have contributed to popular understandings within the United States of the state of Israel, Israel's Arab neighbours, and also the Arab-Israeli conflict.