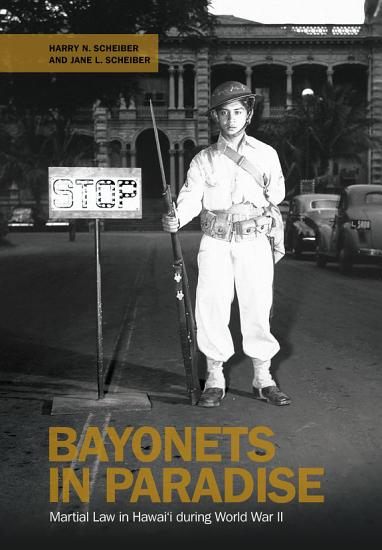 Book Description: Selected as a 2017 CHOICE Outstanding Academic Title Bayonets in Paradise recounts the extraordinary story of how the army imposed rigid and absolute control on the total population of Hawaii during World War II. Declared immediately after the Pearl Harbor attack, martial law was all-inclusive, bringing under army rule every aspect of the Territory of Hawaii's laws and governmental institutions. Even the judiciary was placed under direct subservience to the military authorities. The result was a protracted crisis in civil liberties, as the army subjected more than 400,000 civilians—citizens and alien residents alike—to sweeping, intrusive social and economic regulations and to enforcement of army orders in provost courts with no semblance of due process. In addition, the army enforced special regulations against Hawaii's large population of Japanese ancestry; thousands of Japanese Americans were investigated, hundreds were arrested, and some 2,000 were incarcerated. In marked contrast to the well-known policy of the mass removals on the West Coast, however, Hawaii's policy was one of "selective," albeit preventive, detention. Army rule in Hawaii lasted until late 1944—making it the longest period in which an American civilian population has ever been governed under martial law. The army brass invoked the imperatives of security and "military necessity" to perpetuate its regime of censorship, curfews, forced work assignments, and arbitrary "justice" in the military courts. Broadly accepted at first, these policies led in time to dramatic clashes over the wisdom and constitutionality of martial law, involving the president, his top Cabinet officials, and the military. The authors also provide a rich analysis of the legal challenges to martial law that culminated in Duncan v. Kahanamoku, a remarkable case in which the U.S. Supreme Court finally heard argument on the martial law regime—and ruled in 1946 that provost court justice and the military's usurpation of the civilian government had been illegal. Based largely on archival sources, this comprehensive, authoritative study places the long-neglected and largely unknown history of martial law in Hawaii in the larger context of America's ongoing struggle between the defense of constitutional liberties and the exercise of emergency powers. 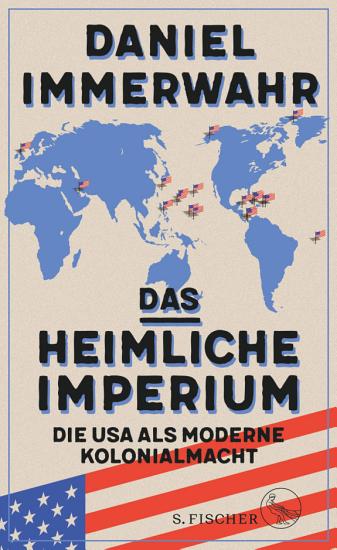 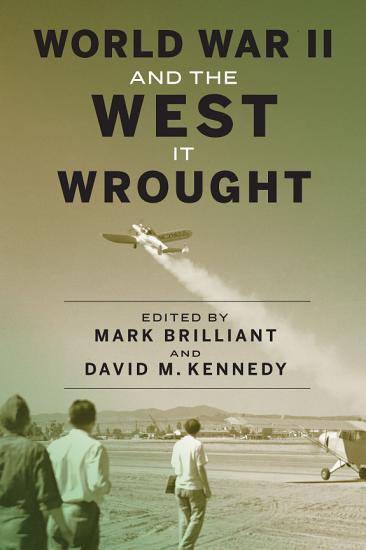 Book Description: Few episodes in American history were more transformative than World War II, and in no region did it bring greater change than in the West. Having lifted the United States out of the Great Depression, World War II set in motion a massive westward population movement, ignited a quarter-century boom that redefined the West as the nation's most economically dynamic region, and triggered unprecedented public investment in manufacturing, education, scientific research, and infrastructure—an economic revolution that would lay the groundwork for prodigiously innovative high-tech centers in Silicon Valley, the Puget Sound area, and elsewhere. Amidst robust economic growth and widely shared prosperity in the post-war decades, Westerners made significant strides toward greater racial and gender equality, even as they struggled to manage the environmental consequences of their region's surging vitality. At the same time, wartime policies that facilitated the federal withdrawal of Western public lands and the occupation of Pacific islands for military use continued an ongoing project of U.S. expansionism at home and abroad. This volume explores the lasting consequences of a pivotal chapter in U.S. history, and offers new categories for understanding the post-war West. Contributors to this volume include Mark Brilliant, Geraldo L. Cadava, Matthew Dallek, Mary L. Dudziak, Jared Farmer, David M. Kennedy, Daniel J. Kevles, Rebecca Jo Plant, Gavin Wright, and Richard White. 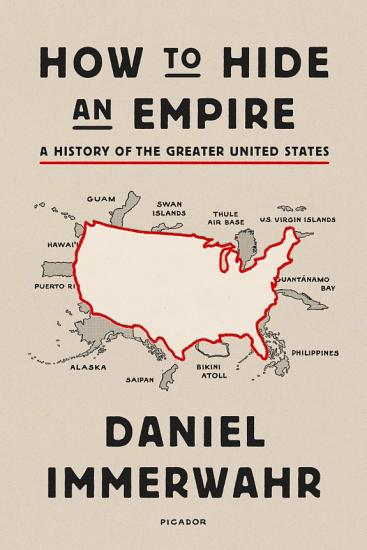 Book Description: Named one of the ten best books of the year by the Chicago Tribune A Publishers Weekly best book of 2019 | A 2019 NPR Staff Pick A pathbreaking history of the United States’ overseas possessions and the true meaning of its empire We are familiar with maps that outline all fifty states. And we are also familiar with the idea that the United States is an “empire,” exercising power around the world. But what about the actual territories—the islands, atolls, and archipelagos—this country has governed and inhabited? In How to Hide an Empire, Daniel Immerwahr tells the fascinating story of the United States outside the United States. In crackling, fast-paced prose, he reveals forgotten episodes that cast American history in a new light. We travel to the Guano Islands, where prospectors collected one of the nineteenth century’s most valuable commodities, and the Philippines, site of the most destructive event on U.S. soil. In Puerto Rico, Immerwahr shows how U.S. doctors conducted grisly experiments they would never have conducted on the mainland and charts the emergence of independence fighters who would shoot up the U.S. Congress. In the years after World War II, Immerwahr notes, the United States moved away from colonialism. Instead, it put innovations in electronics, transportation, and culture to use, devising a new sort of influence that did not require the control of colonies. Rich with absorbing vignettes, full of surprises, and driven by an original conception of what empire and globalization mean today, How to Hide an Empire is a major and compulsively readable work of history. 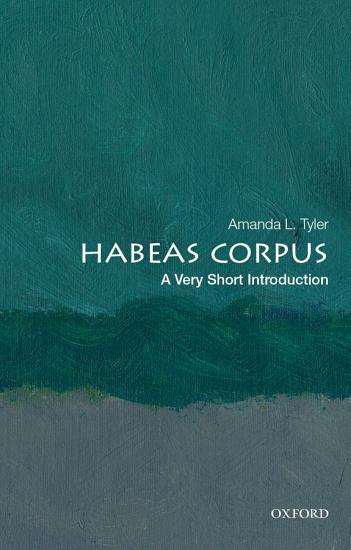 Book Description: Legal scholar Amanda L. Tyler discusses the history and future of habeas corpus in America and around the world. The concept of habeas corpus--literally, to receive and hold the body--empowers courts to protect the right of prisoners to know the basis on which they are being held by the government and grant prisoners their freedom when they are held unlawfully. It is no wonder that habeas corpus has long been considered essential to freedom. For nearly eight hundred years, the writ of habeas corpus has limited the executive in the Anglo-American legal tradition from imprisoning citizens and subjects with impunity. Writing in the eighteenth century, the widely influential English jurist and commentator William Blackstone declared the writ a "bulwark" of personal liberty. Across the Atlantic, in the leadup to the American Revolution, the Continental Congress declared that the habeas privilege and the right to trial by jury were among the most important rights in a free society. This Very Short Introduction chronicles the storied writ of habeas corpus and how its common law and statutory origins spread from England throughout the British Empire and beyond, witnessing its use today around the world in nations as varied as Canada, Israel, India, and South Korea. Beginning with the English origins of the writ, the book traces its historical development both as a part of the common law and as a parliamentary creation born out of the English Habeas Corpus Act of 1679, a statute that so dramatically limited the executive's power to detain that Blackstone called it no less than a "second Magna Carta." The book then takes the story forward to explore how the writ has functioned in the centuries since, including its controversial suspension by President Abraham Lincoln during the Civil War. It also analyzes the major role habeas corpus has played in such issues as the World War II incarceration of Japanese Americans and the US Supreme Court's recognition during the War on Terror of the concept of a "citizen enemy combatant." Looking ahead the story told in these pages reveals the immense challenges that the habeas privilege faces today and suggests that in confronting them, we would do well to remember how the habeas privilege brought even the king of England to his knees before the law. 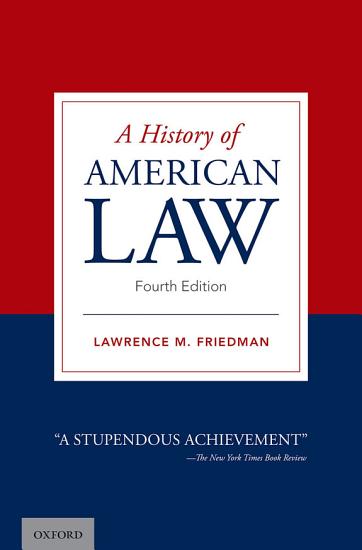 Book Description: Renowned legal historian Lawrence Friedman presents an accessible and authoritative history of American law from the colonial era to the present day. This fully revised fourth edition incorporates the latest research to bring this classic work into the twenty-first century. In addition to looking closely at timely issues like race relations, the book covers the changing configurations of commercial law, criminal law, family law, and the law of property. Friedman furthermore interrogates the vicissitudes of the legal profession and legal education. The underlying theory of this eminently readable book is that the law is the product of society. In this way, we can view the history of the legal system through a sociological prism as it has evolved over the years. 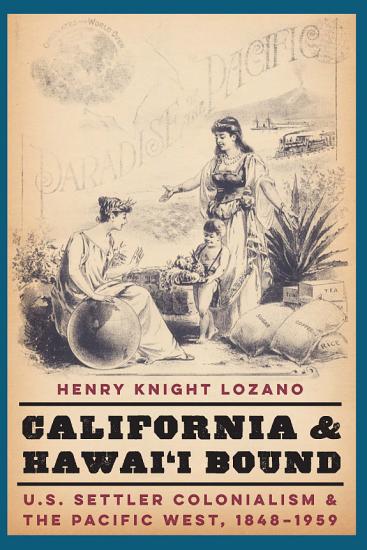 Book Description: Henry Knight Lozano explores how U.S. boosters, writers, politicians, and settlers promoted and imagined California and Hawai'i as connected places, and how this relationship reveals the fraught constructions of an Americanized Pacific West from the 1840s to the 1950s. 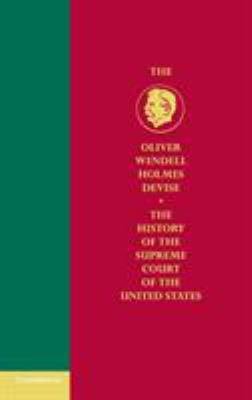 Book Description: The Birth of the Modern Constitution recounts the history of the United States Supreme Court in the momentous yet usually overlooked years between the constitutional revolution in the 1930s and Warren-Court judicial activism in the 1950s. 1941-1953 marked the emergence of legal liberalism, in the divergent activist efforts of Hugo Black, William O. Douglas, Frank Murphy, and Wiley Rutledge. The Stone/Vinson Courts consolidated the revolutionary accomplishments of the New Deal and affirmed the repudiation of classical legal thought, but proved unable to provide a substitute for that powerful legitimating explanatory paradigm of law. Hence the period bracketed by the dramatic moments of 1937 and 1954, written off as a forgotten time of failure and futility, was in reality the first phase of modern struggles to define the constitutional order that will dominate the twenty-first century. 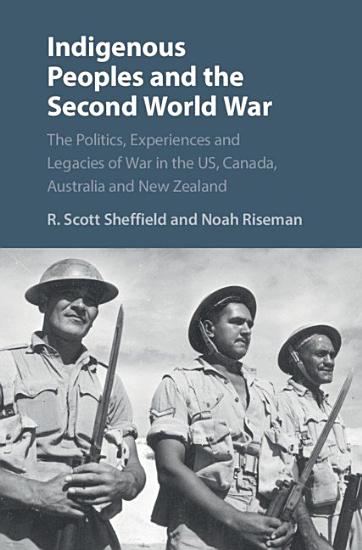 Book Description: During the Second World War, Indigenous people in the United States, Australia, New Zealand and Canada mobilised en masse to support the war effort, despite withstanding centuries of colonialism. Their roles ranged from ordinary soldiers fighting on distant shores, to soldiers capturing Japanese prisoners on their own territory, to women working in munitions plants on the home front. R. Scott Sheffield and Noah Riseman examine Indigenous experiences of the Second World War across these four settler societies. Informed by theories of settler colonialism, martial race theory and military sociology, they show how Indigenous people and their communities both shaped and were shaped by the Second World War. Particular attention is paid to the policies in place before, during and after the war, highlighting the ways that Indigenous people negotiated their own roles within the war effort at home and abroad.