Book Description: Since the beginning of the crisis in Syria, in mid-March 2011, the context in which it is regarded has been constantly changing. Four years later, the escalating violent armed conflict, fired from the "Arab Spring" movement has led to the rise of terrorist groups and a huge wave of refugees fleeing from the country. The present publication addresses the developments before 2011, as well as between mid-March 2011 and July 2015. It provides the factual background to the crisis and its analysis within the scope of humanitarian and human rights law. This volume is useful for understanding the roots of the crisis and its circumstances before summer 2015. A detailed research on what has happened and is happening in Syria brings up numerous unsolved issues within the international community. International law provides several possibilities for conflict resolution and stabilising crises: timely and effective response of international community represented by United Nations and its agencies, in particular United Nations Security Council; enforcement of the responsibility to protect; imposing sanctions; bringing to international justice and internationally addressing elements of the crisis, e. g. terrorism. However, with the involvement of different international actors, the implementation of international law depends on the particular behaviour of each of them. This way even erga omnes norms become voluntary. In the case of Syria, the application of international law instruments has been accompanied by hesitation. Cross-regional, regional and internal tensions prevented international community from shaping a coherent and decisive response to mass atrocities taking place in Syria. Thus, this research questions the existing system of leverages and sets an ambitious goal of finding out how to change it. 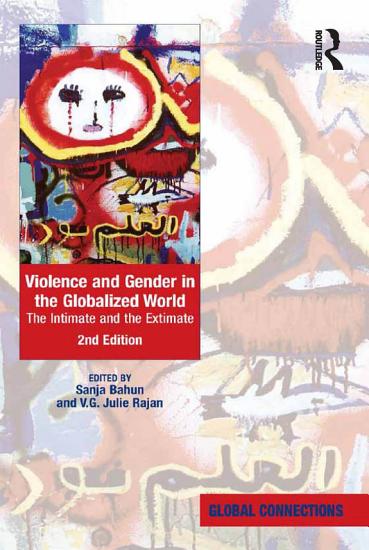 Book Description: Violence and Gender in the Globalized World expands the critical picture of gender and violence in the age of globalization by introducing a variety of uncommonly discussed geo-political sites and dynamics. The volume hosts methodologically and disciplinarily diverse contributions from around the world, discussing various contexts including Chechnya, Germany, Iraq, Kenya, Malaysia, Nicaragua, Palestine, the former Yugoslavia, Syria, South Africa, the United States, and the Internet. Bringing together scholars’ and activists’ historicized and site-specific perspectives, this book bridges the gap between theory and practice concerning violence, gender, and agency. In this revised and updated edition, the scope of inquiry is expanded to incorporate phenomena that have recently come to the forefront of public and scholarly scrutiny, such as Internet-based discourses of violence, female suicide bombers, and the Islamic State’s violence against women. At the same time, new data and developments are brought to bear on earlier discussions of violence against women across the globe in order to bring them fully up to date. With an international team of contributors, comprising eminent scholars, activists and policy-makers, this volume will be of interest to anyone conducting research in the areas of gender and sexuality, human rights, cultural studies, law, sociology, political science, history, post-colonialism and colonialism, anthropology, philosophy and religion. 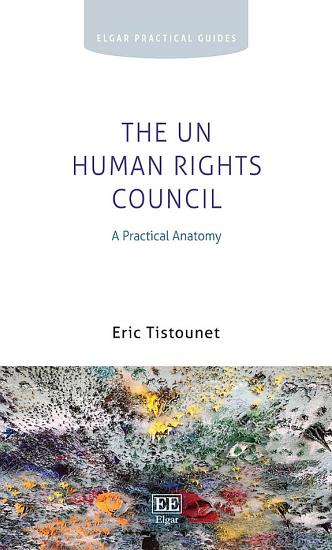 Book Description: Since its establishment the work of the Human Rights Council (UNHRC) has been subject to many interpretations, theories, comments or conclusions. This comprehensive book dissects every aspect of the UNHRC’s work and analyses the efficiency of, and interactions between, its mechanisms. Authored by the first Secretary of the UNHRC, this book provides unique practitioner insights into the complex decision making processes of the Council alongside the core variations from its predecessor. 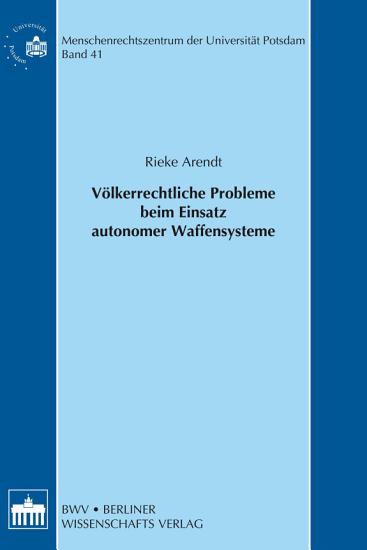 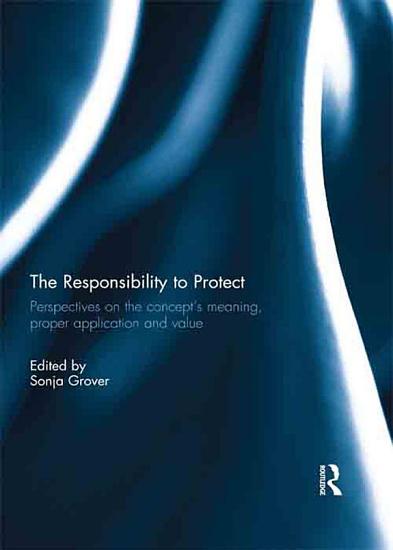 Book Description: This book presents the views of various international law and human rights experts on the contested meaning, scope of application, value and viability of R2P; the principle of the Responsibility to Protect . R2P refers to the notion that the international community has a legal responsibility to protect civilians against the potential or ongoing occurrence of the mass atrocity crimes of genocide, large scale war crimes, ethnic cleansing and crimes against humanity. R2P allows for intervention where the individual State is unable or unwilling to so protect its people or is in fact a perpetrator. The book addresses also the controversial issue of whether intervention by States implementing R2P with or without the endorsement of the United Nations Security Council constitutes a State act of aggression or instead is legally justified and not an infringement on the offending State’s sovereign jurisdiction. The adverse impact on global peace and security of the failure to protect civilians from mass atrocity crimes has put in stark relief the need to address anew the principle of ‘responsibility to protect’ and the feasibility and wisdom of its application and this book is a significant contribution to that effort. This book was originally published as a special issue of the International Journal of Human Rights. 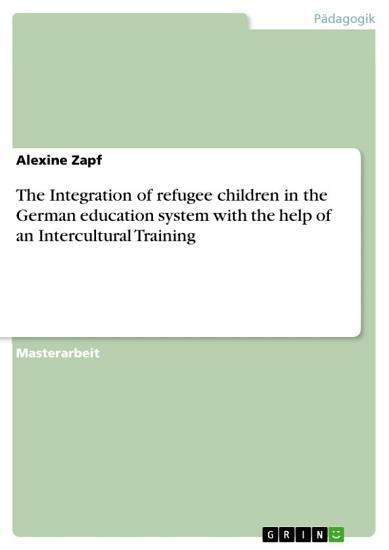 Book Description: Masterarbeit aus dem Jahr 2019 im Fachbereich Pädagogik - Schulwesen, Bildungs- u. Schulpolitik, University of Sheffield, Sprache: Deutsch, Abstract: This dissertation presents the background and context to the process whereby very large numbers of child refugees are being taught in German schools today. It does this in order to identify and specify the various issues this movement of non-native young people into the German educational system has raised, in terms of how to integrate them into the existing system and culture. By delineating the problems and difficulties involved, it sets out the need to develop training materials that can support such refugee children and effectively promote their integration into the German school system and society and further personal development. In order to get the needed data, an online questionnaire focusing on the teacher’s perspective was designed. It goes on to present materials designed to facilitate this process, this being a key objective of this study. In the context of this study, the training material could not be tested, but it in this way the dissertation emphasises that intercultural training can be a great help in the integration of refugees, whether they are young children or adults. Since the migrant crisis began in 2015, over three million refugees have travelled across the Mediterranean Sea or overland to Europe in search of a new and safe home. They are fleeing violence against civilians, and severe violations of human rights and international laws. Syria, one of the most problematic home countries for refugees, generated 6.7 million fugitives, as war crimes and human rights abuses are common. The Assad regime has systematically cut medical and food supplies to the population. Terrorist and bomb attacks on residential areas are not uncommon. Moreover, air raids by the USA, Russia and Turkey threaten the lives of millions of civilians in the country. ISIS (Islamic State of Iraq and Syria) has sought to spread their ideology, uses terrorist attacks, abductions and public torture to achieve their goal of creating a new state, forcing millions of people to flee their home countries. According to UNHCR over 2.1 million people were displaced inside Iraq, as of April 2018. Other travelled from south and east Europe, the greater Middle East and Africa. 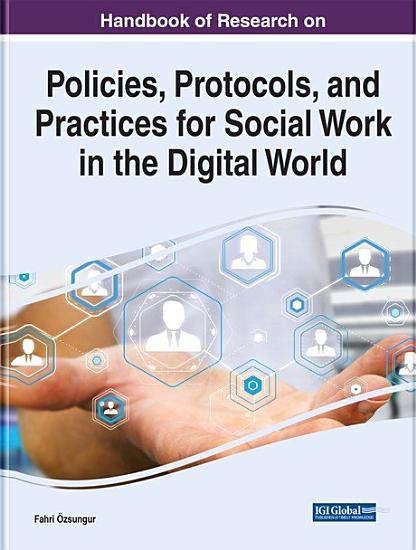 Book Description: Social work plays an important role in reintegrating individuals into society, educating, raising awareness, implementing social policy, and realizing legal regulations. The emergence of digital innovations and the effects of health problems including the COVID-19 pandemic on individuals and society have led to the development of innovations, virtual/digital practices, and applications in this field. The contributions of the recent pandemic and digital transformation to social work and practices should be revealed in the context of international standards. Policies, Protocols, and Practices for Social Work in the Digital World presents the current best practices, policies, and protocols within international social work. It focuses on the impact of digital applications, the effects of the COVID-19 pandemic, and digital transformation on social work. Covering topics including burnout, management, social engineering, anti-discrimination strategies, and women’s studies, this book is essential for social workers, policymakers, government officials, scientists, clinical professionals, technologists, practitioners, researchers, academicians, and students. 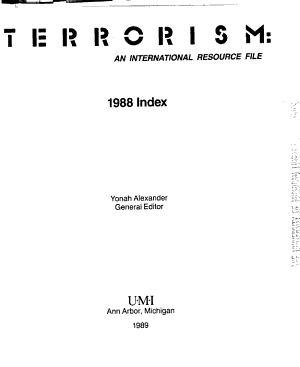 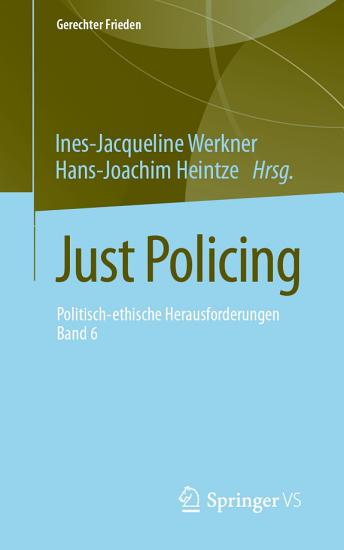