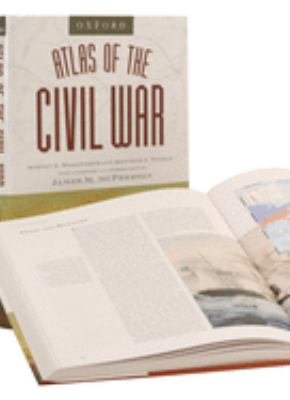 Book Description: The war that divided the nation receives a complete examination in a single encompassing volume, including information on every significant battle, as well as the vital social and economic aspects of the war and reconstruction, three-dimensional campaign maps, period photographs, scholarly essays, and other valuable features. 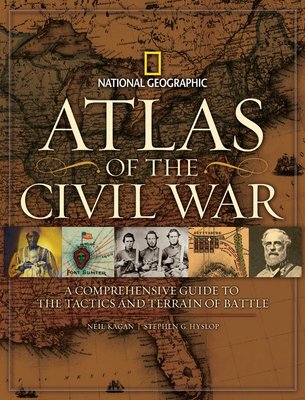 Book Description: Charts the ebb and flow of the war between the North and the South with 110 maps, both vintage battle maps and vivid recreations, and includes over 320 documentary photos, battlefield sketches, paintings, and artifacts that bear eyewitness testimony to the Civil War. 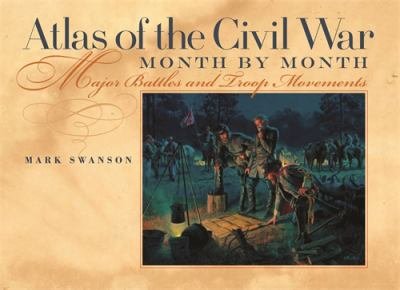 Book Description: A detailed collection of fifty full-color maps, each one representing a single month of the Civil War, chronicles the war's progression on all fronts, including battles, sieges, infantry campaigns, naval operations, cavalry raids, and shifts of national frontiers, accompanied by others documenting the political state of the union on the eve of war and the western campaigns. 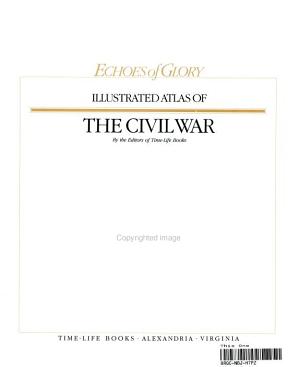 Book Description: Illustrated atlas of the Civil War with maps of battles and campaigns in the eastern and western theaters, the coast, and the far west.

Book Description: A guide to the principal campaigns of the Civil War from the point of view of field commanders with text subdivided by conflict

Book Description: The atlas that accompanied the United States War Dept's official history of the Civil War contains 821 maps, 106 engravings, and 209 drawings (including detailed uniform and flag illustrations), the majority of the maps drawn during the war by engineers, draftsmen, and generals for actual military use, with only a few maps, drawn later by cartographers, added for historical purposes.

Book Description: There are few events as central to the American historical consciousness as the Civil War, which is a fascinating area of interest for students and general readers alike. One of the most efficient ways to study a war is with an atlas; however, most of the atlases devoted to this period focus almost exclusively on military movements and are prohibitively expensive for use in undergraduate courses. Offering a striking and reasonably priced alternative to these books, the Concise Historical Atlas of the U.S. Civil War is the only atlas that includes data maps and covers key issues before and after the war years. It balances military and non-military coverage, presenting maps that deal with political and social changes as well as campaign and battle maps. Laid out chronologically and representing the complexity of the war both visually and textually, Concise Historical Atlas of the U.S. Civil War is an ideal study aid. Through detailed presentation of physical geography, it highlights the role of the landscape in troop movements and in social and demographic developments. Students can follow all the major campaigns of both the eastern and western theaters, examine the tactical movements in the major battles, and explore the geographic patterns behind issues like emancipation, occupation, and internal conflicts. The atlas features maps dealing with such subjects as economic capacity (both agricultural and industrial), enlistment rates, and the movement of escaped slaves. The maps also integrate information on the divisions that existed within the North and the South themselves. Accessible to students with limited geographic knowledge, the maps are clearly labeled, with key features marked. Each map is accompanied by a short narrative that provides helpful contextual information. Featuring uniquely comprehensive coverage, the Concise Historical Atlas of the U.S. Civil War includes several maps situating the conflict in its antebellum origins as well as maps--of politics, sharecropping, and race relations--that extend the story through the end of Reconstruction. Ideal for use in U.S. Civil War History, Civil War and Reconstruction, and Southern History courses, this volume offers both novice and more experienced students new perspectives on the most significant events and circumstances of the era.

Book Description: "Based on GIS technology, National Overview concentrates on the big picture behind the war, from the campaigns, operations, and conventions to the major battles."--Publisher's website. 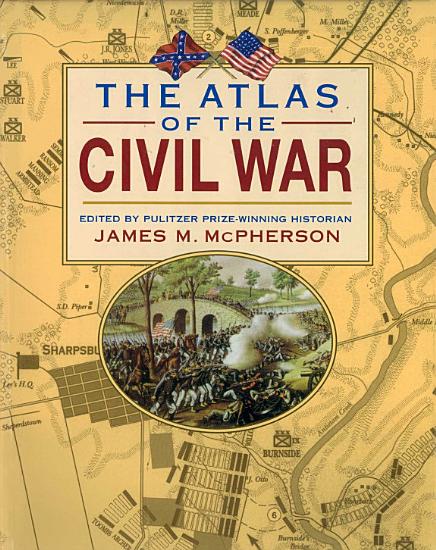 Book Description: From the first shots fired at Fort Sumter in 1861 to the final clashes on the Road to Appomattox in 1864, The Atlas of the Civil War reconstructs the battles of America's bloodiest war with unparalleled clarity and precision. Edited by Pulitzer Prize recipient James M. McPherson and written by America's leading military historians, this peerless reference charts the major campaigns and skirmishes of the Civil War. Each battle is meticulously plotted on one of 200 specially commissioned full-color maps. Timelines provide detailed, play-by-play maneuvers, and the accompanying text highlights the strategic aims and tactical considerations of the men in charge. Each of the battle, communications, and locator maps are cross-referenced to provide a comprehensive overview of the fighting as it swept across the country. With more than two hundred photographs and countless personal accounts that vividly describe the experiences of soldiers in the fields, The Atlas of the Civil War brings to life the human drama that pitted state against state and brother against brother.

Book Description: This book explains the seeds of the conflict, and examines important topics such as the development and use of new tactics and weapons, the roles of the great commanders, the maritime war, and the war’s painful aftermath. The illuminating text is supported by over 100 full color maps, beautiful illustrations and photographs, and original black and white archive photographs presenting stark imagery from the front line.