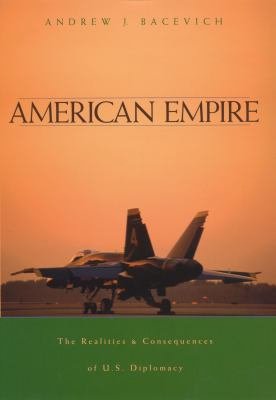 Book Description: In a challenging, provocative book, Andrew Bacevich reconsiders the assumptions and purposes governing the exercise of American global power. Examining the presidencies of George H. W. Bush and Bill Clinton--as well as George W. Bush's first year in office--he demolishes the view that the United States has failed to devise a replacement for containment as a basis for foreign policy. He finds instead that successive post-Cold War administrations have adhered to a well-defined "strategy of openness." Motivated by the imperative of economic expansionism, that strategy aims to foster an open and integrated international order, thereby perpetuating the undisputed primacy of the world's sole remaining superpower. Moreover, openness is not a new strategy, but has been an abiding preoccupation of policymakers as far back as Woodrow Wilson. Although based on expectations that eliminating barriers to the movement of trade, capital, and ideas nurtures not only affluence but also democracy, the aggressive pursuit of openness has met considerable resistance. To overcome that resistance, U.S. policymakers have with increasing frequency resorted to force, and military power has emerged as never before as the preferred instrument of American statecraft, resulting in the progressive militarization of U.S. foreign policy. Neither indictment nor celebration, American Empire sees the drive for openness for what it is--a breathtakingly ambitious project aimed at erecting a global imperium. Large questions remain about that project's feasibility and about the human, financial, and moral costs that it will entail. By penetrating the illusions obscuring the reality of U.S. policy, this book marks an essential first step toward finding the answers. Table of Contents: Preface Introduction 1. The Myth of the Reluctant Superpower 2. Globalization and Its Conceits 3. Policy by Default 4. Strategy of Openness 5. Full Spectrum Dominance 6. Gunboats and Gurkhas 7. Rise of the Proconsuls 8. Different Drummers, Same Drum 9. War for the Imperium Notes Acknowledgments Index Reviews of this book: [A] straightforward "critical interpretation of American statecraft in the 1990s"...he is straightforward, too, in establishing where he stands on the political spectrum about US foreign policy...Bacevich insists that there are no differences in the key assumptions governing the foreign policy of the administrations of Bush I, Clinton, and Bush II--and this will certainly be the subject of passionate debate...Bacevich's argument persuades...by means of engaging prose as well as the compelling and relentless accumulation of detail...Bring[s] badly needed [perspective] to troubled times. --James A. Miller, Boston Globe Reviews of this book: For everyone there's Andrew Bacevich's American Empire, an intelligent, elegantly written, highly convincing polemic that demonstrates how the motor of US foreign policy since independence has been the need to guarantee economic growth. --Dominick Donald, The Guardian Reviews of this book: Andrew Bacevich's remarkably clear, cool-headed, and enlightening book is an expression of the United States' unadmitted imperial primacy. It's as bracing as a plunge into a clear mountain lake after exposure to the soporific internationalist conventional wisdom...Bacevich performs an invaluable service by restoring missing historical context and perspective to today's shallow, hand-wringing discussion of Sept. 11...Bacevich's brave, intelligent book restores our vocabulary to debate anew the United States' purpose in the world. --Richard J. Whalen, Across the Board Reviews of this book: To say that Andrew Bacevich's American Empire is a truly realistic work of realism is therefore to declare it not only a very good book, but also a pretty rare one. The author, a distinguished former soldier, combines a tough-minded approach to the uses of military force with a grasp of American history that is both extremely knowledgeable and exceptionally clear-sighted. This book is indispensable for anyone who wants to understand the background to U.S. world hegemony at the start of the 21st century; and it is also a most valuable warning about the dangers into which the pursuit and maintenance of this hegemony may lead America. --Anatol Levin, Washington Monthly Reviews of this book: American Empire is an immensely thoughtful book. Its reflections go beyond the narrow realm of U.S. security policy and demonstrate a deep understanding of American history and culture. --David Hastings Dunn, Political Studies Review I have long suspected our nation's triumphs and trials owed much to the American genius for solipsism and self-deception. Bacevich has convinced me of it by holding up a mirror to self-styled idealists and realists alike. Read all the books you want about the post-Cold War, post-9/11 world, just be sure American Empire is one of them. --Walter A. McDougall, Pulitzer Prize-winning historian, University of Pennsylvania This deeply informed, impressive polemical book is precisely what Americans, in and outside of the academy, needed before 9/11 and need now even more. Crisp, lively, biting prose will help them enjoy it. Among its many themes are hubris, hegemony, and the fatuousness of claims by the American military that they can now achieve 'transparency' in war-making. --Michael S. Sherry, Northwestern University The United States could not possibly have an empire, Americans think. But we do. And with verve and telling insight Andrew Bacevich shows how it works and what it means. --Ronald Steel, author of Temptations of a Superpower: America's Foreign Policy after the Cold War 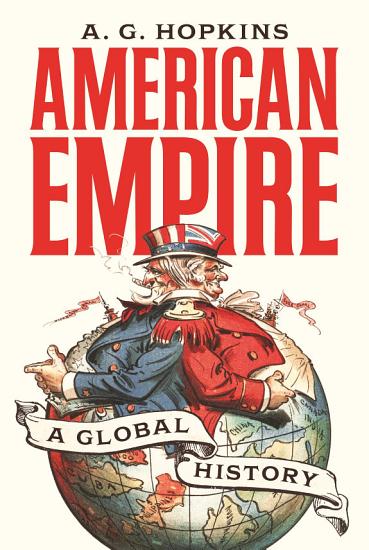 Book Description: A new history of the United States that turns American exceptionalism on its head American Empire is a panoramic work of scholarship that presents a bold new global perspective on the history of the United States. Taking readers from the colonial era to today, A. G. Hopkins shows how, far from diverging, the United States and Western Europe followed similar trajectories throughout this long period, and how America's dependency on Britain and Europe extended much later into the nineteenth century than previously understood. A sweeping narrative spanning three centuries, American Empire goes beyond the myth of American exceptionalism to place the United States within the wider context of the global historical forces that shaped Western empires and the world. 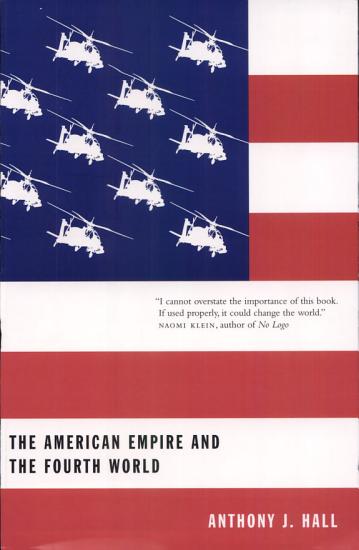 Book Description: In a book that Naomi Klein says could change the world, Anthony Hall shows that the globalization debate actually began in 1492. 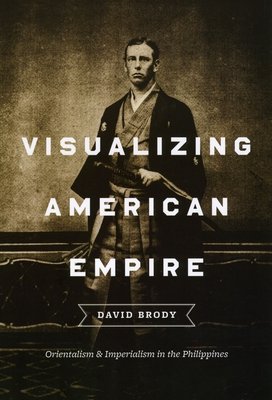 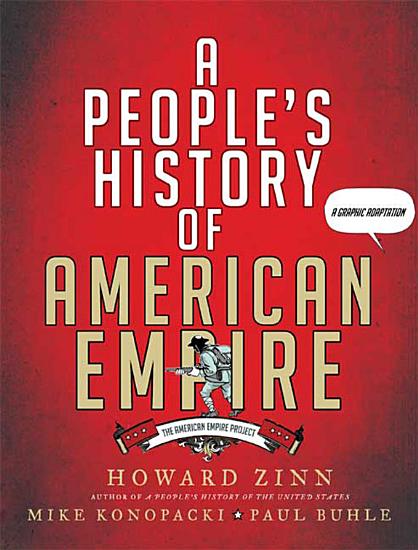 Book Description: Adapted from the bestselling grassroots history of the United States, the story of America in the world, told in comics form Since its landmark publication in 1980, A People's History of the United States has had six new editions, sold more than 1.7 million copies, become required classroom reading throughout the country, and been turned into an acclaimed play. More than a successful book, A People's History triggered a revolution in the way history is told, displacing the official versions with their emphasis on great men in high places to chronicle events as they were lived, from the bottom up. Now Howard Zinn, historian Paul Buhle, and cartoonist Mike Konopacki have collaborated to retell, in vibrant comics form, a most immediate and relevant chapter of A People's History: the centuries-long story of America's actions in the world. Narrated by Zinn, this version opens with the events of 9/11 and then jumps back to explore the cycles of U.S. expansionism from Wounded Knee to Iraq, stopping along the way at World War I, Central America, Vietnam, and the Iranian revolution. The book also follows the story of Zinn, the son of poor Jewish immigrants, from his childhood in the Brooklyn slums to his role as one of America's leading historians. Shifting from world-shattering events to one family's small revolutions, A People's History of American Empire presents the classic ground-level history of America in a dazzling new form. 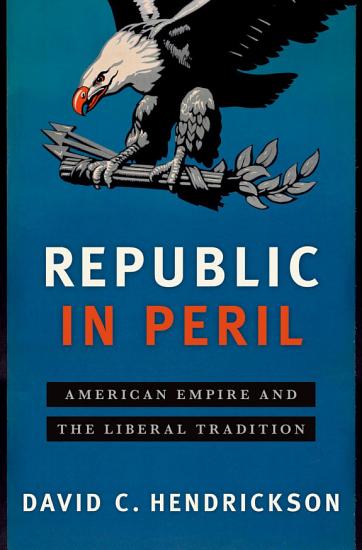 Book Description: It has become a staple among critics of American foreign policy to refer to the United States's approach as "liberal imperialism." By this they mean that America's globalist agenda and its willingness to use force in theaters across the globe derives from its desire to evangelize the gospel ofliberalism and thereby extend the reach of a US-dominated democratic capitalist order. These critics point to the presidency of Woodrow Wilson and trace how this agenda evolved over the next century. The dominance of liberal ideology, they argue, is so all-encompassing that virtually all of the mainvariants within the modern US foreign policy tradition, from anti-communism to neoliberalism to neoconservatism, fit under liberalism's umbrella. In Republic in Peril, the eminent foreign policy scholar David C. Hendrickson turns this thesis on its head. A trenchant critic of America's quest for global dominance, Hendrickson argues not only that liberalism is not the culprit, but is in fact where we should turn because it offers a powerfulcritique of both militarized interventionism and the US quest for full-spectrum global dominance. Covering all of the major episodes of the past century, he shows how the US has fully abandoned a tradition of republican liberalism that dates back to the Founders. The republican liberal tradition,which dominated US foreign policy for over a century, mandated non-intervention and the promotion of peace. This "golden rule" policy toward other nations served America well, he contends, and many of the pathologies that plague US foreign policy now - particularly its disastrous approach to theMiddle East - can be traced to the desertion of the republican liberal tradition. He therefore advocates returning to the more collegial form of internationalism ("iso-internationalism") that preceded Wilsonianism. Combining both a rich historical overview of modern American foreign policy with aforceful indictment of the illiberal straitjacket in which US has bound itself, Republic in Peril provides a genuinely original defense of liberalism in the service of peaceful non-intervention - a position that contemporary critics of aggressive liberalism are sure to find surprising. 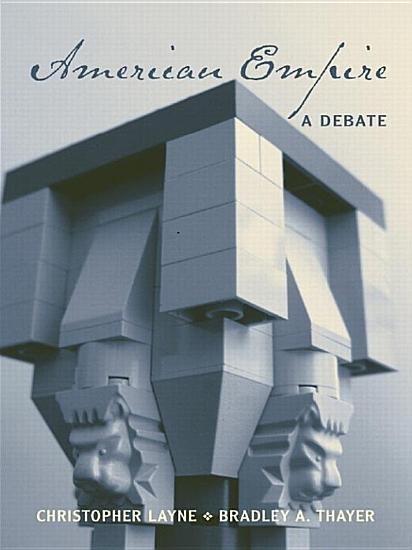 Book Description: In this short, accessible book Layne and Thayer argue the merits and demerits of an American empire. With few, if any, rivals to its supremacy, the United States has made an explicit commitment to maintaining and advancing its primacy in the world. But what exactly are the benefits of American hegemony and what are the costs and drawbacks for this fledgling empire? After making their best cases for and against an American empire, subsequent chapters allow both authors to respond to the major arguments presented by their opponents and present their own counter arguments. 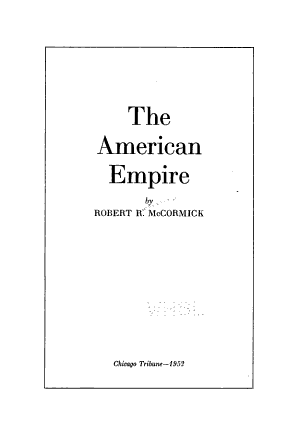 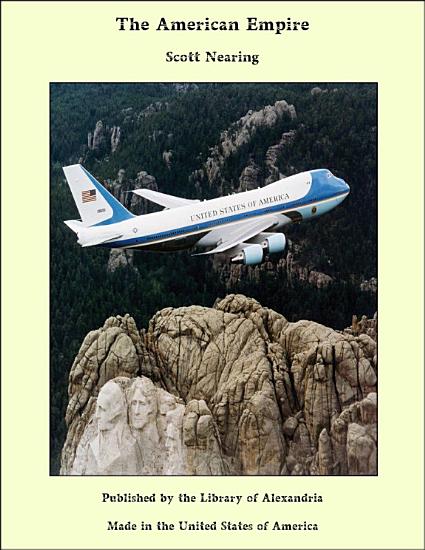 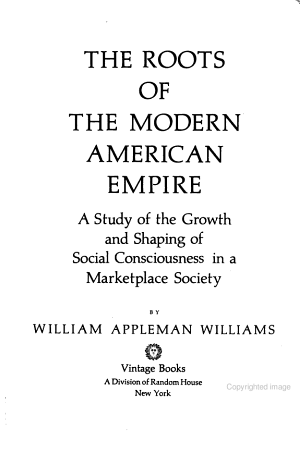