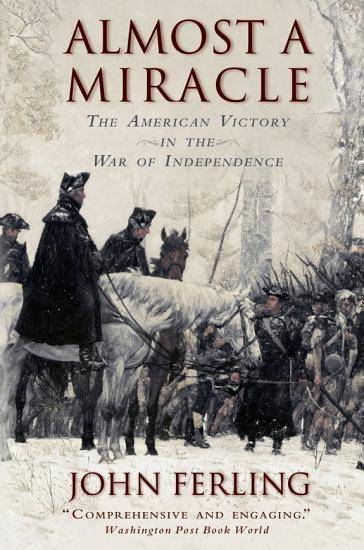 Book Description: Describes the military history of the American Revolution and the grim realities of the eight-year conflict while offering descriptions of the major engagements on land and sea and the decisions that influenced the course of the war. 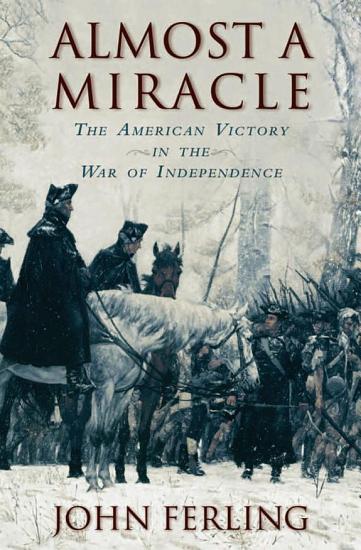 Book Description: In this gripping chronicle of America's struggle for independence, award-winning historian John Ferling transports readers to the grim realities of that war, capturing an eight-year conflict filled with heroism, suffering, cowardice, betrayal, and fierce dedication. As Ferling demonstrates, it was a war that America came much closer to losing than is now usually remembered. General George Washington put it best when he said that the American victory was "little short of a standing miracle." Almost a Miracle offers an illuminating portrait of America's triumph, offering vivid descriptions of all the major engagements, from the first shots fired on Lexington Green to the surrender of General Cornwallis at Yorktown, revealing how these battles often hinged on intangibles such as leadership under fire, heroism, good fortune, blunders, tenacity, and surprise. The author paints sharp-eyed portraits of the key figures in the war, including General Washington and other American officers and civilian leaders. Some do not always measure up to their iconic reputations, including Washington himself. Others, such as the quirky, acerbic Charles Lee, are seen in a much better light than usual. The book also examines the many faceless men who soldiered, often for years on end, braving untold dangers and enduring abounding miseries. The author explains why they served and sacrificed, and sees them as the forgotten heroes who won American independence. Ferling's narrative is also filled with compassion for the men who comprised the British army and who, like their American counterparts, struggled and died at an astonishing rate in this harsh war. Nor does Ferling ignore the naval war, describing dangerous patrols and grand and dazzling naval actions. Finally, Almost a Miracle takes readers inside the legislative chambers and plush offices of diplomats to reveal countless decisions that altered the course of this war. The story that unfolds is at times a tale of folly, at times one of appalling misinformation and confusion, and now and then one of insightful and dauntless statesmanship.

Book Description: In this book, we have hand-picked the most sophisticated, unanticipated, absorbing (if not at times crackpot!), original and musing book reviews of "Almost a Miracle: The American Victory in the War of Independence." Don't say we didn't warn you: these reviews are known to shock with their unconventionality or intimacy. Some may be startled by their biting sincerity; others may be spellbound by their unbridled flights of fantasy. Don't buy this book if: 1. You don't have nerves of steel. 2. You expect to get pregnant in the next five minutes. 3. You've heard it all. 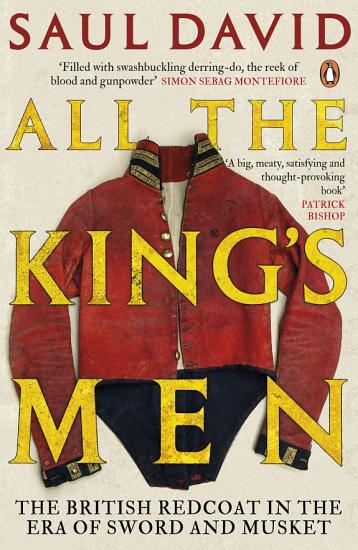 Book Description: Saul David's All The King's Men is a thrilling history of the British Redcoat from the English Civil War to Waterloo. Between 1660 and 1815 British supremacy on foreign soil was near total. Central to this success was the humble redcoat soldier who showed heroism in battle and stoicism in peace, despite appalling treatment. This is their story: of brutal discipline and inedible food, of loyalty and low pay, of barracks and battlefield - of victory, defeat, life and death. Praise for All The King's Men: 'An extraordinary story, packed with drama, incident and great characters...All The King's Men is all you could hope for...Quite an achievement', Patrick Bishop, Country Life 'A heady mixture of heroism, incompetence, devilish tactics and plain good luck', Sunday Times 'Filled with swashbuckling derring-do, the reek of blood and gunpowder, combined with shrewd analysis of power, war and psychology', Simon Sebag Montefiore Saul David is Professor of War Studies at the University of Buckingham and the author of several critically acclaimed books, including The Indian Mutiny: 1857, Zulu and, most recently, Victoria's Wars: The Rise of Empire. He recently presented 'Bullets, Boots and Bandages' for BBC 4 and is a regular contributor to Radio 4. 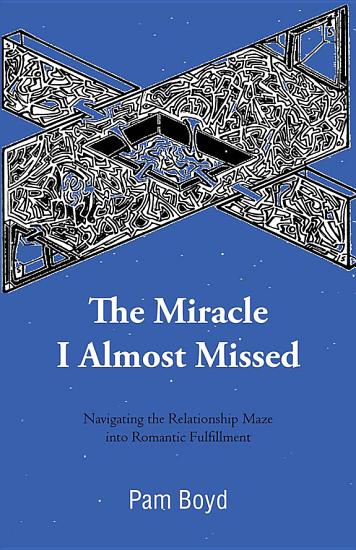 Book Description: Many of us have spent years living our romantic lives as if we are victims of our circumstances. We may have invested so much time and energy into complaining, fretting, and despairing over our circumstances that we now defi ne ourselves by our perceived obstacles, bad luck, or mistreatment by others. Seeing hope through these fi lters is almost impossible. The Miracle I Almost Missed offers timely, practical advice for navigating through this maze of relationship disappointment to a place of hope and empowerment. It provides information that points the way to a more positive and hopeful approach to finding and keeping romantic relationships. Each chapter features a reality check that includes Finding Clues—questions that are designed to help you see your romantic life from a new perspective—and a Challenge, which offers alternative next steps. For anyone who has been burned by love, feels unattractive, is stuck in a dead-end relationship, or faces uncomfortable dating challenges, The Miracle I Almost Missed can be the first step to new hope! 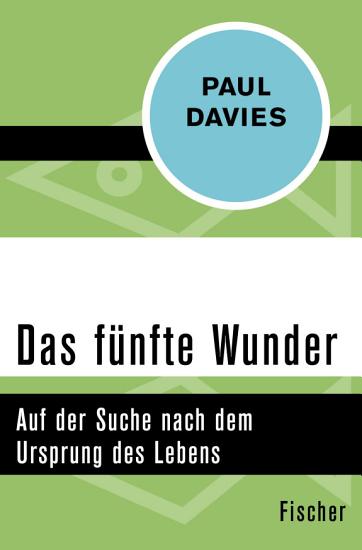 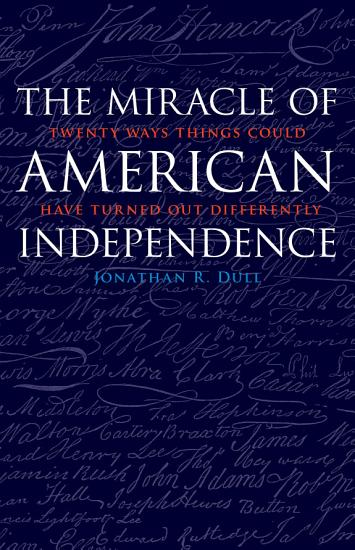 Book Description: Although American independence was no miracle, the timing of the country's independence and its huge scope, both political and territorial, do seem miraculous. In The Miracle of American Independence Jonathan R. Dull reconstructs significant events before, during, and after the Revolutionary War that had dramatic consequences for the future as the colonies sought independence from Great Britain. Without these surprising and unexpected results, Dull maintains, the country would have turned out quite differently. The Miracle of American Independence reimagines how the British might have averted or overcome American independence, and how the fledgling country itself could have lost its independence. Drawing on his nearly fifty years of research and a lively imagination, Dull puts readers in a position to consider the American Revolution from the perspective of the European states and their monarchs. This alternative history provides a stimulating reintroduction to one of the most exciting periods in American and European history, proving that sometimes reality is even stranger and more miraculous than fiction. 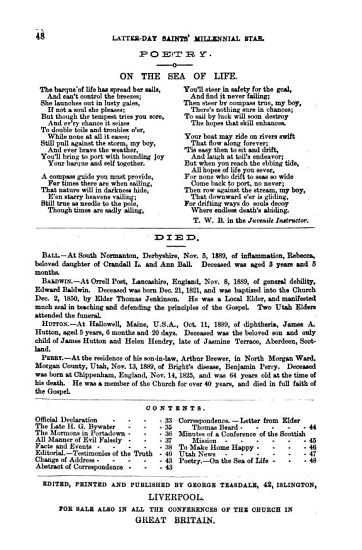