0 Read eBook for: a history of the jews and judaism in the second temple period volume 3 [PDF] 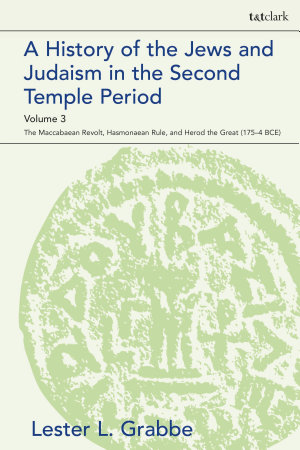 
This is the third volume of the projected four-volume history of the Second Temple period, collecting all that is known about the Jews from the period of the Maccabaean revolt to Hasmonean rule and Herod the Great. Based directly on primary sources, the study addresses aspects such as Jewish literary sources, economy, Qumran and the Dead Sea Scrolls, the Diaspora, causes of the Maccabaen revolt, and the beginning and end of the Hasmonean kingdom and the reign of Herod the Great. Discussed in the context of the wider Hellenistic world and its history, and with an extensive up-to-date secondary bibliography, this volume is an invaluable addition to Lester Grabbe's in-depth study of the history of Judaism.


"This is the third volume of the projected four-volume history of the Second Temple period, collecting all that is known about the Jews from the period of the Maccabaean revolt to Hasmonean rule and Herod the Great. Based directly on primary sources, the study addresses aspects such as Jewish literary sources, economy, Qumran and the Dead Sea Scrolls, the Diaspora, causes of the Maccabaen revolt, and the beginning and end of the Hasmonean kingdom and the reign of Herod the Great. Discussed in the context of the wider Hellenistic world and its history, and with an extensive up-to-date secondary bibliography, this volume is an invaluable addition to Lester Grabbe's in-depth study of the history of Judaism."-- 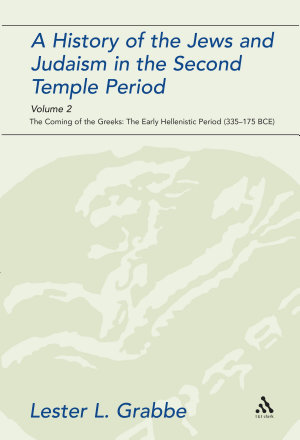 
This is the second volume of the projected four-volume history of the Second Temple period. It is axiomatic that there are large gaps in the history of the Persian period, but the early Greek period is possibly even less known. This volume brings together all we know about the Jews during the period from Alexander's conquest to the eve of the Maccabaean revolt, including the Jews in Egypt as well as the situation in Judah. Based directly on the primary sources, which are surveyed, the study addresses questions such as administration, society, religion, economy, jurisprudence, Hellenism and Jewish identity. These are discussed in the context of the wider Hellenistic world and its history. A strength of the study is its extensive up-to-date secondary bibliography (approximately one thousand items). 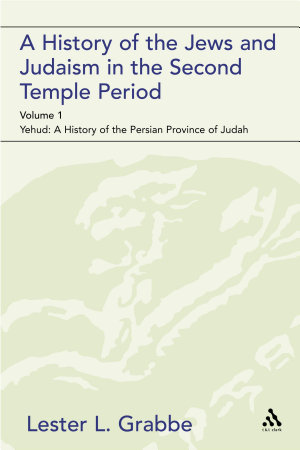 
In the first of four volumes on A History of the Jews and Judaism in the Second Temple Period, Lester Grabbe presents a comprehensive history of Yehud - the Aramaic name for Judah - during the Persian Period. Among the many crucial questions he addresses are: What are the sources for this period and how do we evaluate them? And how do we make them 'speak' to us through the fog of centuries? This first volume, Yehud: A History of the Persian Province of Judah offers the most up to date and comprehensive examination of the political and administrative structures; the society and economy; the religion, temple and cult; the developments in thought and literature; and the major political events of Judah at the time. 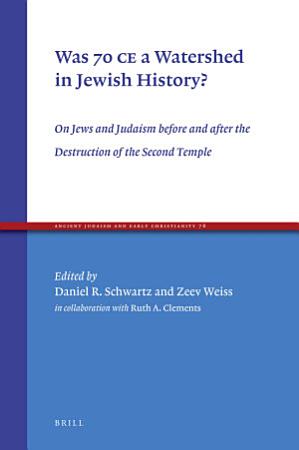 
These twenty studies ask whether changes in different fields of ancient Jewish culture were caused by the destruction of the Second Temple in 70 CE, what changed for other reasons, and what did not change despite that event. 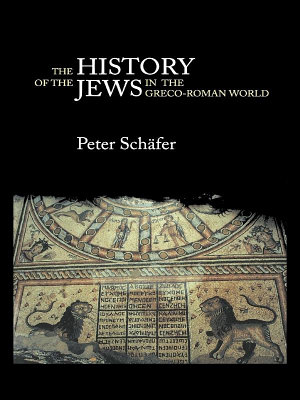 
The History of the Jews in the Greco-Roman World examines Judaism in Palestine throughout the Hellenistic period, from Alexander the Great's conquest in 334BC to its capture by the Arabs in AD 636. Under the Greek, Roman and finally Christian supremacy which Hellenism brought, Judaism developed far beyond its biblical origins into a form which was to influence European history from the Middle Ages to the present day. The book focuses particularly on the social, economic and religious concerns of this period, and the political status of the Jews as both active agents and passive victims of history. The author provides a straightforward chronological survey of this important period through analysis and interpretation of the existing sources. With its accessible style and explanation of technical terms, the book provides a useful introduction to students and anybody with an interest in post-biblical Judaism. 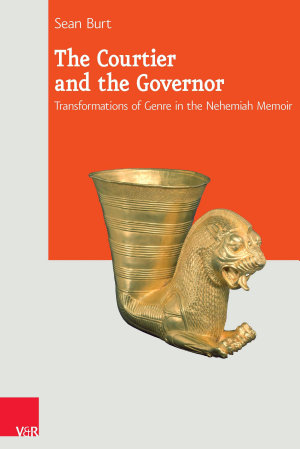 
The Nehemiah Memoir, the narrative of the royal cupbearer sent to rebuild Jerusalem, is central to Ezra-Nehemiah’s account of Persian Judah. Yet its emphasis on one individual’s efforts makes it a text that ill-fits the book’s story of a communal restoration. Sean Burt analyzes the nature of this curious text through the lens of genre criticism and identifies the impact of its use of genres on its early reception in Ezra-Nehemiah. Drawing upon contemporary theorists of literary genre, within the field of biblical studies and beyond, he builds an understanding of genre capable of addressing both its flexibility and its necessarily historical horizon. Burt argues that the Nehemiah Memoir makes use of two ancient genres: the novelistic court tale (e.g. Esther, Ahiqar, and others) and the “official memorial,” or “biographical” genre used across the ancient Near East by kings and other governmental officials for individual commemoration. This study contends that the narrative subtly shifts genres as it unfolds, from court tale to memorial. Nehemiah the courtier becomes Nehemiah the governor. While these genres reveal an affinity to one another, they also highlight a central contradiction in the narrative’s portrait of Nehemiah. Nehemiah is, like the people of Jerusalem, beholden to the whims of a foreign ruler, but he also simultaneously represents Persia’s power over Jerusalem. Burt concludes that the Nehemiah Memoir’s combination of these two ultimately incommensurate genres can account for how the writers of Ezra-Nehemiah modified and corrected Nehemiah’s problematic story to integrate it into Ezra-Nehemiah’s vision of a holistic restoration enacted by a unified people. 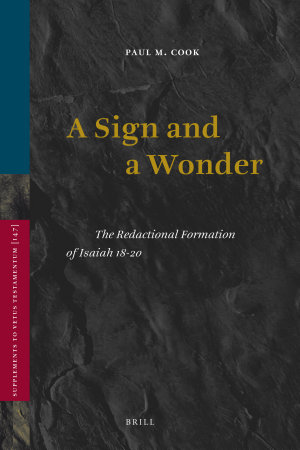 
This book offers a proposal for the formation of oracles about Cush and Egypt in the book of Isaiah (chapters 18-20) within the context of the development of a larger collection of foreign nations oracles in Isaiah 13-23.


Building on the success of the Jewish Annotated New Testament (JANT) and the Jewish Study Bible (JSB), Oxford University Press now proceeds to complete the trilogy with the Jewish Annotated Apocrypha (JAA). The books of the Apocrypha were virtually all composed by Jewish writers in the Second Temple period. Excluded from the Hebrew Bible, these works were preserved by Christians. Yet no complete, standalone edition of these works has been produced in English with an emphasis on Jewish tradition or with an educated Jewish audience in mind. The JAA meets this need. The JAA differs from prior editions of the Apocrypha in a number of ways. First, as befits a Jewish Annotated Apocrypha, the volume excludes certain texts that are widely agreed to be of Christian origin. Second, it expands the scope of the volume to include Jubilees, an essential text for understanding ancient Judaism, and a book that merits inclusion in the volume by virtue of the fact that it was long considered part of the canon of the Ethiopian Orthodox Church (the text is also revered by Ethiopian Jews). Third, it has restructured the order of the books so that the sequencing follows the logic that governs the order of the books in the Jewish canon (Law, History, Prophecy, Wisdom and Poetry). Each book of the Apocrypha is annotated by a recognized expert in the study of ancient Judaism. An Introduction by the editors guides readers though the making of the volume and its contents. Thematic essays by an impressive array of scholars provide helpful contexts, backgrounds and elaborations on key themes. 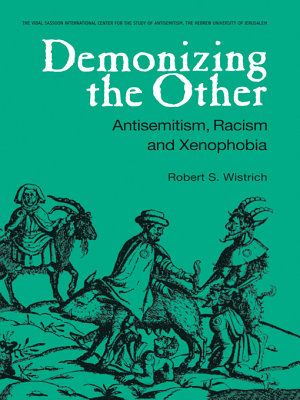 
At the close of the twentieth century the stereotyping and demonization of 'others', whether on religious, nationalist, racist, or political grounds, has become a burning issue. Yet comparatively little attention has been paid to how and why we fabricate images of the 'other' as an enemy or 'demon' to be destroyed. This innovative book fills that gap through an interdisciplinary, cross-cultural approach that brings together a distinguished array of historians, anthropologists, psychologists, literary critics, and feminists. The historical sweep covers Greco-Roman Antiquity, the MIddle Ages, and the MOdern Era. Antisemitism receives special attention because of its longevity and centrality to the Holocaust, but it is analyzed here within the much broader framework of racism and xenophobia. The plurality of viewpoints expressed in this volume provide fascinating insights into what is common and what is unique to the many varieties of prejudice, stereotyping, demonization, and hatred. 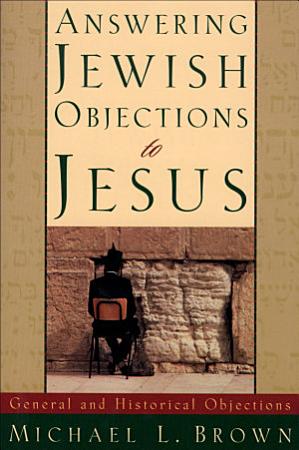 
An honest, fair, and thorough discussion of the issues raised in Jewish Christian apologetics, covering thirty-five objections on general and historical themes. 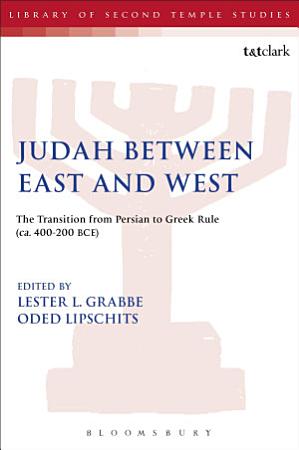 
This is a collection of essays examining the period of transition between Persian and Greek rule of Judah, ca. 400-200 BCE. Subjects covered include the archaeology of Maresha/Marisa, Jewish identity, Hellenization/Hellenism, Ptolemaic administration in Judah, biblical and Jewish literature of the early Greek period, the size and status of Jerusalem, the Samaritans in the transition period, and Greek foundations in Palestine. 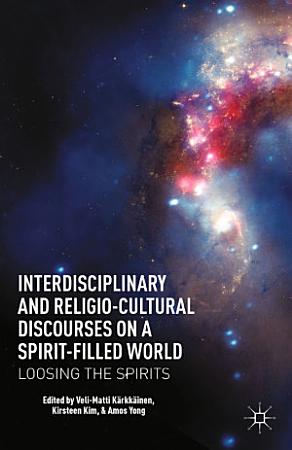 
This volume presents interdisciplinary, intercultural, and interreligious approaches directed toward the articulation of a pneumatological theology in its broadest sense, especially in terms of attempting to conceive of a spirit-filled world. 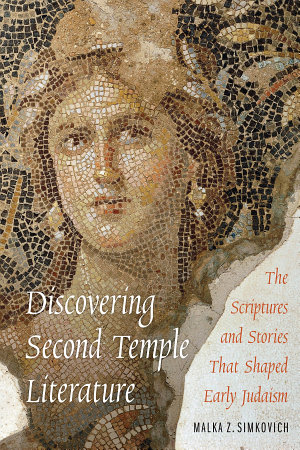 
Exploring the world of the Second Temple period (539 BCE–70 CE), in particular the vastly diverse stories, commentaries, and other documents written by Jews during the last three centuries of this period, Malka Z. Simkovich takes us to Jerusalem, Alexandria, and Antioch, to the Jewish sectarians and the Roman-Jewish historian Josephus, to the Cairo genizah, and to the ancient caves that kept the secrets of the Dead Sea Scrolls. As she recounts Jewish history during this vibrant, formative era, Simkovich analyzes some of the period’s most important works for both familiar and possible meanings. This volume interweaves past and present in four parts. Part 1 tells modern stories of discovery of Second Temple literature. Part 2 describes the Jewish communities that flourished both in the land of Israel and in the Diaspora. Part 3 explores the lives, worldviews, and significant writings of Second Temple authors. Part 4 examines how authors of the time introduced novel, rewritten, and expanded versions of Bible stories in hopes of imparting messages to the people. Simkovich’s popular style will engage readers in understanding the sometimes surprisingly creative ways Jews at this time chose to practice their religion and interpret its scriptures in light of a cultural setting so unlike that of their Israelite forefathers. Like many modern Jews today, they made an ancient religion meaningful in an ever-changing world. 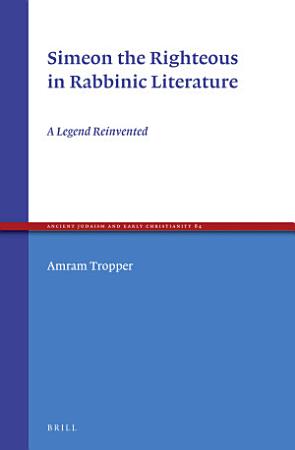