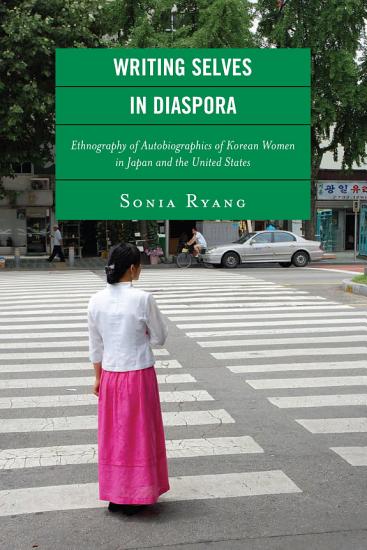 Book Description: Linking autobiographic writings by Korean women in Japan and the United States and the author's ethnographic insights, Writing Selves in Diaspora presents an original, profound, and powerful intervention—both literary and anthropological—in our understanding of life in diaspora, being female, and forming selves. Each chapter offers unique and original discussion on the intersection between gender and diaspora on one hand and the process of the self's formation on the other. Chapters are mutually engaging, yet have independent themes to explore: language and self, romantic love, exile and totalitarianism, the ethic of care, and critique of medicalization of identity. Through the introduction of women's lives and introspection and interpretation accorded to them, this book delivers an unprecedented text of candor and courage. This book will have appeal for both academic and intellectually-informed lay readers interested in gender, self, and diaspora. 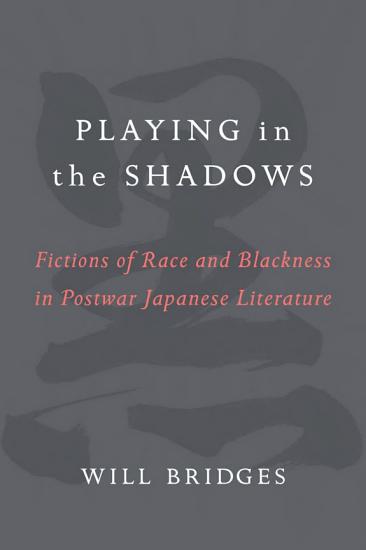 Book Description: Playing in the Shadows considers the literature engendered by postwar Japanese authors’ robust cultural exchanges with African Americans and African American literature. The Allied Occupation brought an influx of African American soldiers and culture to Japan, which catalyzed the writing of black characters into postwar Japanese literature. This same influx fostered the creation of organizations such as the Kokujin kenkyu no kai (The Japanese Association for Negro Studies) and literary endeavors such as the Kokujin bungaku zenshu (The Complete Anthology of Black Literature). This rich milieu sparked Japanese authors’—Nakagami Kenji and Oe Kenzaburo are two notable examples—interest in reading, interpreting, critiquing, and, ultimately, incorporating the tropes and techniques of African American literature and jazz performance into their own literary works. Such incorporation leads to literary works that are “black” not by virtue of their representations of black characters, but due to their investment in the possibility of technically and intertextually black Japanese literature. Will Bridges argues that these “fictions of race” provide visions of the way that postwar Japanese authors reimagine the ascription of race to bodies—be they bodies of literature, the body politic, or the human body itself. 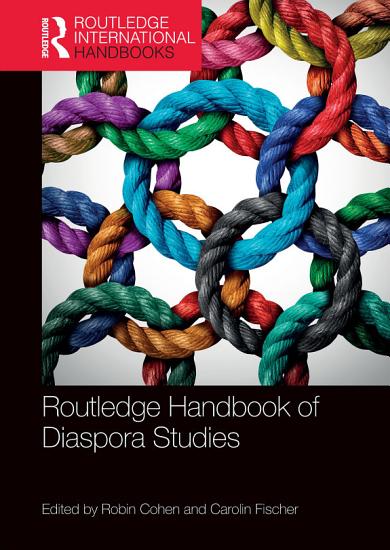 Book Description: The word ‘diaspora’ has leapt from its previously confined use – mainly concerned with the dispersion of Jews, Greeks, Armenians and Africans away from their natal homelands – to cover the cases of many other ethnic groups, nationalities and religions. But this ‘horizontal’ scattering of the word to cover the mobility of many groups to many destinations, has been paralleled also by ‘vertical’ leaps, with the word diaspora being deployed to cover more and more phenomena and serve more and more objectives of different actors. With sections on ‘debating the concept’, ‘complexity’, ‘home and home-making’, ‘connections’ and ‘critiques’, the Routledge Handbook of Diaspora Studies is likely to remain an authoritative reference for some time. Each contribution includes a targeted list of references for further reading. The editors have carefully blended established scholars of diaspora with younger scholars looking at how diasporas are constructed ‘from below’. The adoption of a variety of conceptual perspectives allows for generalization, contrasts and comparisons between cases. In this exciting and authoritative collection over 40 scholars from many countries have explored the evolving use of the concept of diaspora, its possibilities as well as its limitations. This Handbook will be indispensable for students undertaking essays, debates and dissertations in the field. 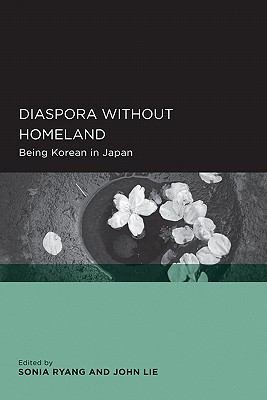 Book Description: More than one-half million people of Korean descent reside in Japan today—the largest ethnic minority in a country often assumed to be homogeneous. This timely, interdisciplinary volume blends original empirical research with the vibrant field of diaspora studies to understand the complicated history, identity, and status of the Korean minority in Japan. An international group of scholars explores commonalities and contradictions in the Korean diasporic experience, touching on such issues as citizenship and belonging, the personal and the political, and homeland and hostland. 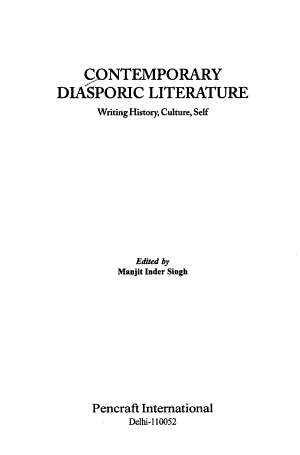 Book Description: Transcript of papers presented at a seminar organized by the Dept. of English, Punjabi U., Patiala on February 24-25, 2005. 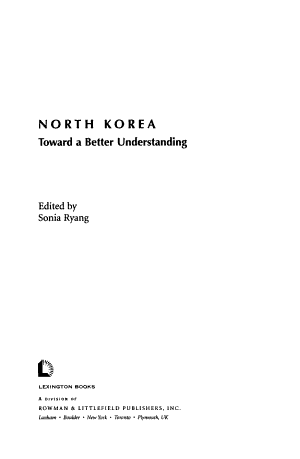 Book Description: We are told, time and again, that North Koreans are loyal to their leader, that they would do anything, even die for him, and that they are fiercely proud and nationalistic. But to an equal extent, we are told that they are oppressed, suffering, and ready to rise against the evil dictator. What do we know beyond or between these opposing assumptions? We are not well equipped with the conceptual tools that could lead us beyond the current securitization of our discourses on North Korea, while undercurrents of regarding North Koreans as less human continue in these discourses. This volume attempts to multiply the angles from which we can look at North Korea by reassessing the international environment in which it is placed, the process of production of its culture, and the historical paths it has followed. Due to the new approach the volume takes, reading these pages will be an eye-opening experience not only for experts, but also for lay readers and anyone interested in peace keeping in Korea, Northeast Asia, and beyond. 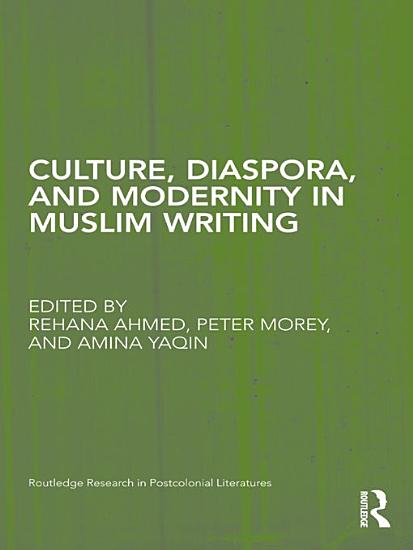 Book Description: Fiction by writers of Muslim background forms one of the most diverse, vibrant and high-profile corpora of work being produced today - from the trail-blazing writing of Salman Rushdie and Hanif Kureishi, which challenged political and racial orthodoxies in the 1980s, to that of a new generation including Mohsin Hamid, Nadeem Aslam and Kamila Shamsie. This collection reflects the variety of those fictions. Experts in English, South Asian, and postcolonial literatures address the nature of Muslim identity: its response to political realignments since the 1980s, its tensions between religious and secular models of citizenship, and its manifestation of these tensions as conflict between generations. In considering the perceptions of Muslims, contributors also explore the roles of immigration, class, gender, and national identity, as well as the impact of 9/11. This volume includes essays on contemporary fiction by writers of Muslim origin and non-Muslims writing about Muslims. It aims to push beyond the habitual populist 'framing' of Muslims as strangers or interlopers whose ways and beliefs are at odds with those of modernity, exposing the hide-bound, conservative assumptions that underpin such perspectives. While returning to themes that are of particular significance to diasporic Muslim cultures, such as secularism, modernity, multiculturalism and citizenship, the essays reveal that 'Muslim writing' grapples with the same big questions as serve to exercise all writers and intellectuals at the present time: How does one reconcile the impulses of the individual with the requirements of community? How can one 'belong' in the modern world? What is the role of art in making sense of chaotic contemporary experience? 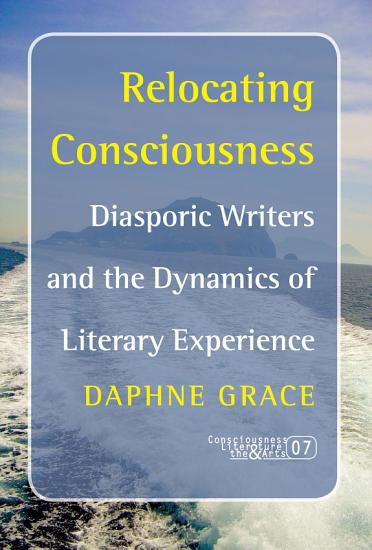 Book Description: This book deals directly with issues of consciousness within works of postcolonial and diasporic writers. It discusses fiction, autobiography and theory to re-formulate a "writing of consciousness", addressing contemporary cultural theory related to a wide range of dynamic writers and ground-breaking novels. A critical analysis of literature contextualises consciousness (understood here as the source of language and human creativity), and explores ways in which consciousness is involved in the creative process. Tackling the controversial nature of consciousness itself, the book argues that consciousness must be understood in its philosophical and social contexts. The idea of relocating consciousness calls for a new aesthetics and ethics of living in the diasporic world where we are all to some extent "migrant". The book explores notions of consciousness as alternative narrative structures to society, while expanding contemporary postcolonial theory beyond the limited dimension of power-based-on-violence to a more visionary exploration of experience based on consciousness as unity-in-diversity. Themes explored include sacred experience as empowerment; trauma, terror and the impact of consciousness; cosmopolitanism and globalisation; and the literature of human survival. Written in a lively and accessible manner the book will appeal to all readers who enjoy being on the cutting-edge of contemporary world literature. 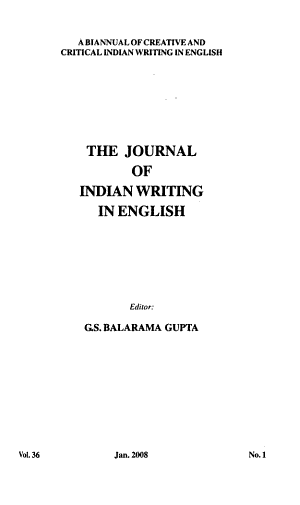 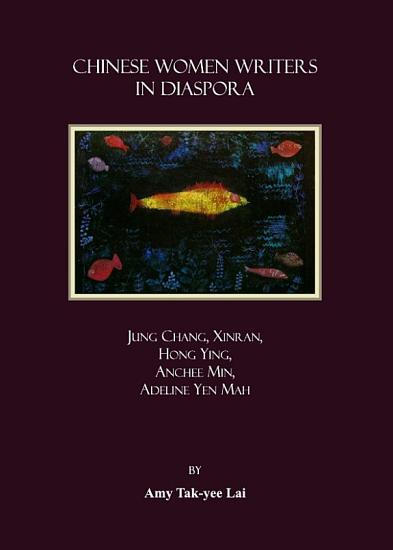 Book Description: The mention of Chinese women writers in diaspora immediately brings to mind Jung Chang (b. 1952) and her Wild Swans: Three Daughters of China (1991), which won the 1992 NCR book award and the 1993 British Book of the Year Award, and got officially banned in China. Despite its popular reception and crucial acclaim, Chang’s work has invited a lot of attacks. Among the most common is the contention that it merely focuses on the experience of the privileged and does not tell the reader what other memoirs have not already revealed. Chinese Women Writers in Diaspora is a pioneering study that focuses on four Chinese women writers currently living in the United States and England, whose works have been popularly received—and are in many cases, highly controversial—but have received little scholarly attention: Xinran (b. 1958), Hong Ying (b. 1962), Anchee Min (b. 1957), and Adeline Yen Mah (b. 1937). The chapters illuminate how Xinran constructs her identity and her fellow Chinese women in dialectics of self and other; how Hong Ying evokes cycles of return that blend Western and Chinese philosophical concepts; how Min employs images of theatre and theatrical conventions to depict the entrapment and transgression of her protagonists; and how Mah transliterates and appropriates both Western and Chinese fairy tale motifs to fashion her Chinese feminist utopia. While Jung Chang’s memoir seems confining, it has aroused interest in the genre of Chinese female autobiography, and Chinese women writers who live and write between cultures.