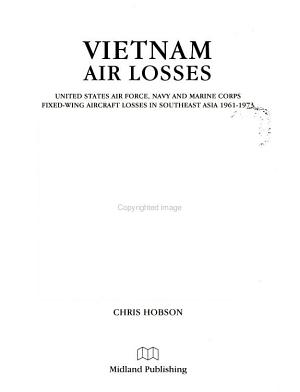 Book Description: This book is a most thorough and detailed review of all the fixed wing losses suffered by the USAF, USN and USMC over a 12-year period. The information, culled from a huge variety of sources, is a chronological recording of each aircraft loss including information on unit, personnel, location, and cause of loss. Information is also provided on the background or future career of some of the aircrew involved. Interspersed with the main text is general background information which helps to put the detailed entries into perspective and includes material on campaigns, units, aircraft and weapons, and other relevant topics. A selection of photographs is included, illustrating the various entries in the chronological sections, and there are extensive orders of battle, plus an index of personnel, as well as statistics of the war, list of abbreviations, glossary of code names and a bibliography. 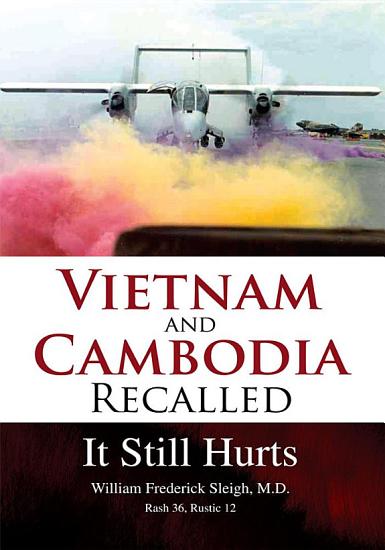 Book Description: September 26, 1970. I didn't know if I would come home. I was a pilot on my way to Vietnam as a Forward Air Controller, or FAC. I really had no idea what to expect. Without planning to do so, I jotted down a thought as my military charter flight headed west. I continued to record what I saw, heard, felt, and even smelled, as the planned one-year assignment progressed. When completed, the journal notes formed a history of a segment of the Vietnam War, which included Cambodia. There, I directed air strikes by U.S. jet fighters, as they were almost the sole support for the Cambodians, who fought invading North Vietnamese and insurgent communist forces.Guilt from living well and returning unscathed, sadness for friends lost, and anger and frustration at my generation's sacrifice in a war it wasn't allowed to win, kept my journal notes unopened for years. Over thirty years later, there is still much history to be told about thisremote, limited, unpopular conflict; so this journal is now written. It still hurts. 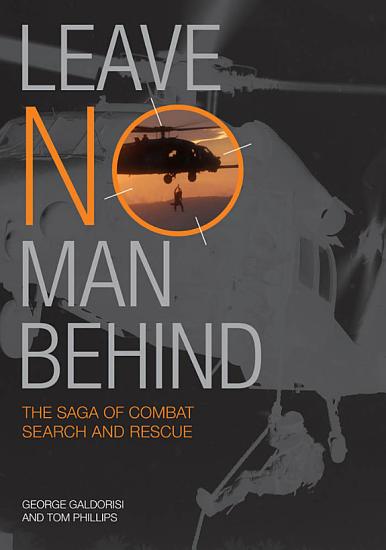 Book Description: The history of a near-century of combat search and rescue, with an account of how the discipline was created and how it is administered—or neglected—today. 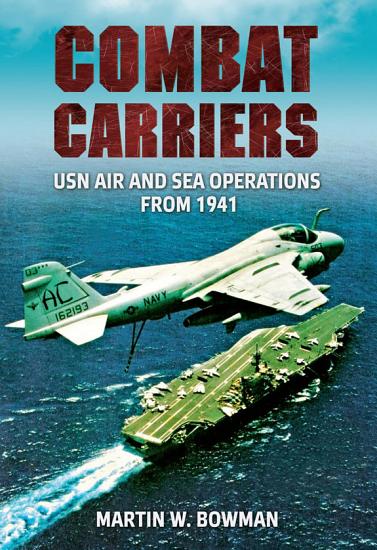 Book Description: The story of the United States Navy's carrier war through the voices of the men who fought it. 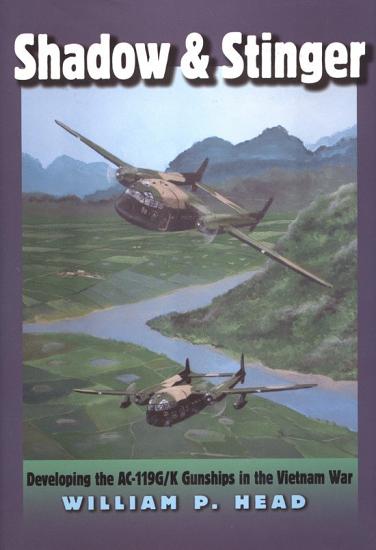 Book Description: Nicknamed “the truck killer,” the AC-119K gunship and its counterpart, the AC-119G, were developed in the late 1960s in response to the needs of the U.S. military in Vietnam. This important book examines the evolution of these aircraft and their role within Vietnam, military policy, and geopolitical realities. Drawing on unpublished studies and a host of primary materials, William Head discusses the events that led to the birth of the AC-119, the planning and modification processes that followed, and its operational history. The G model, or “Shadow,” focused on air support and anti-personnel missions. “Stinger,” the K model, which could carry more cargo for longer distances, was suited for destruction of enemy vehicles. Though the AC-119 was only an interim asset, its descendants—the AC-130E, H, and U—have played an active role in the recent conflict in Iraq. A narrative of the crews and pilots who executed the missions and the engineers, designers, and the politicians responsible for the aircraft, Shadow and Stinger will be of interest to Vietnam veterans, historians, and scholars, as well as aviation enthusiasts. 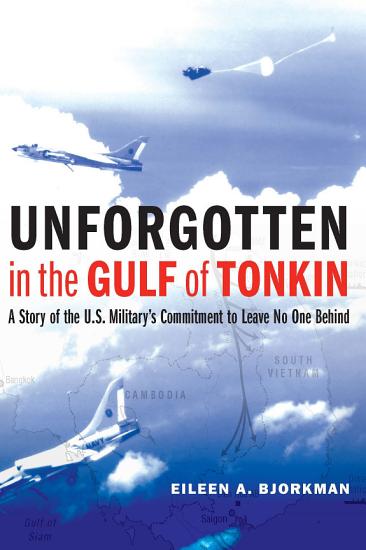 Book Description: On November 18, 1965, U.S. Navy pilot Willie Sharp ejected from his F-8 fighter after being hit while positioned over a target in North Vietnam. With a cloud layer beneath him, he did not know if he was over land—where he would most certainly be captured or killed by the North Vietnamese—or over the Gulf of Tonkin. As he ejected, both navy and air force aircraft were already heading toward him to help. What followed was a dramatic rescue made by pilots and other airmen with little or no training or experience in combat search-and-rescue. Told by former military flight test engineer Eileen A. Bjorkman, this story includes nail-biting descriptions of air combat, flight, and rescue. Bjorkman places Sharp’s story in the larger context of the U.S. military’s bedrock credo—No Man Left Behind—and calls attention to the more than eighty thousand Americans still missing from conflicts since World War I. She also explores the devastating aftershocks of the Vietnam War as Sharp struggled with post-traumatic stress disorder. Woven into this gripping tale is the fascinating history of combat search-and-rescue missions that officially began in World War II. Combining the cockiness and camaraderie of Top Gun with the heroics of Sully, Unforgotten in the Gulf of Tonkin is a riveting tale of combat rescue and an unforgettable story about the U.S. military’s commitment to leave no man behind. 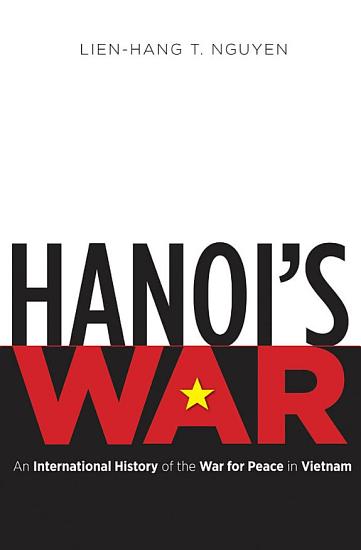 Book Description: While most historians of the Vietnam War focus on the origins of U.S. involvement and the Americanization of the conflict, Lien-Hang T. Nguyen examines the international context in which North Vietnamese leaders pursued the war and American intervention ended. This riveting narrative takes the reader from the marshy swamps of the Mekong Delta to the bomb-saturated Red River Delta, from the corridors of power in Hanoi and Saigon to the Nixon White House, and from the peace negotiations in Paris to high-level meetings in Beijing and Moscow, all to reveal that peace never had a chance in Vietnam. Hanoi's War renders transparent the internal workings of America's most elusive enemy during the Cold War and shows that the war fought during the peace negotiations was bloodier and much more wide ranging than it had been previously. Using never-before-seen archival materials from the Vietnam Ministry of Foreign Affairs, as well as materials from other archives around the world, Nguyen explores the politics of war-making and peace-making not only from the North Vietnamese perspective but also from that of South Vietnam, the Soviet Union, China, and the United States, presenting a uniquely international portrait. 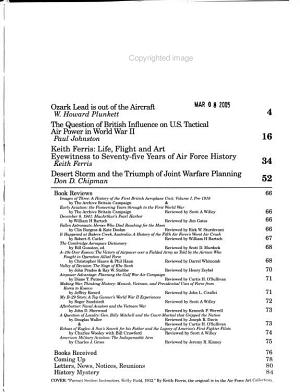 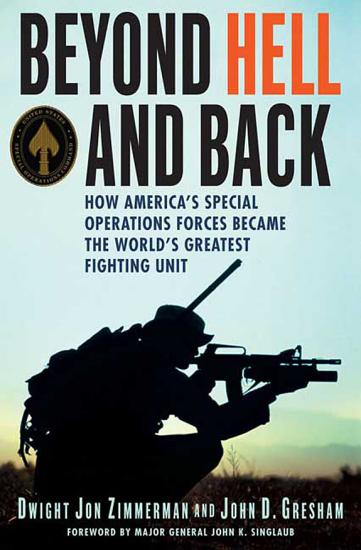 Book Description: An inside look at seven of the most harrowing and significant Special Operations missions ever. Courage beyond reason. Loyalty beyond faith. Perseverance in the face of overwhelming adversity. These are just some of the qualities of the members of the U.S. Special Operation Forces. BEYOND HELL AND BACK details the seven defining Special Ops missions that have made the Special Operation Forces the best fighting unit in the world, including: *THE RESCUE OF BAT-21: The largest and longest Combat Search and Rescue mission in the Vietnam War lasted 17 days and cost the lives of 13 Americans—all to rescue one man and the invaluable knowledge he alone possessed. * TASK FORCE NORMANDY: Planned in secrecy and executed with flawless efficiency, Task Force Normandy was an Army/Air Force Special Operations joint op that fired the opening shots behind enemy lines in Operation Desert Storm. *OPERATION EAGLE CLAW: The devastating Special Forces operation mounted to retrieve 52 American hostages in Iran resulted in the deaths of eight members of the rescue team. This failure ultimately led to the creation of Special Operations Command. *BASHER 52: Captain Scott O'Grady was shot down over the "no fly" zone above Bosnia, and his daring rescue was one of the Marine Corps' finest operations ever. These are a few of the dramatic true tales that represent the defining moments that helped shape the operational methods, planning, and deployment for all future Special Ops missions. BEYOND HELL AND BACK is the greatest collection of Spec Ops missions ever assembled.

Book Description: Please note that the content of this book primarily consists of articles available from Wikipedia or other free sources online. There were a great many aircraft losses during the Vietnam War. Hundreds of U.S. fixed-wing aircraft were lost to ground fire of antiaircraft artillery, surface-to-air missiles, and fighter interceptors. The great majority of U.S. combat losses in all areas of Southeast Asia were to AAA. The Royal Australian Air Force also flew combat and airlift missions in South Vietnam, as did the Republic of Vietnam. Among fixed-wing aircraft, more F-4 Phantoms were lost than any other type in service with any nation.