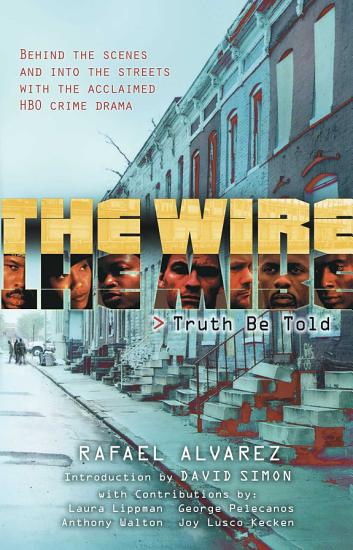 Book Description: Welcome to the critically acclaimed HBO drama series The Wire, hailed as "the best show on television, period" by the San Francisco Chronicle. The New York Times calls it "a vital part of the television landscape...unvarnished realism." Time declares that The Wire, "like its underfunded, workaday cops, just plugged away until it outshone everything else on TV." The Wire stands not only as riveting drama but also as a sociopolitical treatise with ambitions beyond any television serial. The failure of the drug war, the betrayal of the working class, the bureaucratization of the culture and the cost to individual dignity -- such are the themes of the drama's first two seasons. And with every new episode of season three and beyond, another layer of modern urban life will be revealed. Gritty, densely layered, and realistic, The Wire is series television at its very best, told from the point of view of the Baltimore police, their targets, and many of those caught in the middle. Rafael Alvarez -- a reporter, essayist, and staff writer for the show -- brings the reader inside, detailing many of the real-life incidents and personalities that have inspired the show's storylines and characters, providing the reader with insights into the city of Baltimore -- itself an undeniable character in the series. Packed with photographs and featuring an introduction by series creator and executive producer David Simon, as well as essays by acclaimed authors George Pelecanos, Laura Lippman, and Anthony Walton, here is an invaluable resource for both fans of the show and viewers who have yet to discover The Wire. Hollywood has long used the cop drama to excite and entertain, and Hollywood has always dictated the terms. But The Wire is filmed entirely in Baltimore, conceived by Baltimoreans, and written by rust-belt journalists and novelists intimately familiar with the urban landscape. It's as close as television has yet come to allowing an American city to tell its own tale. 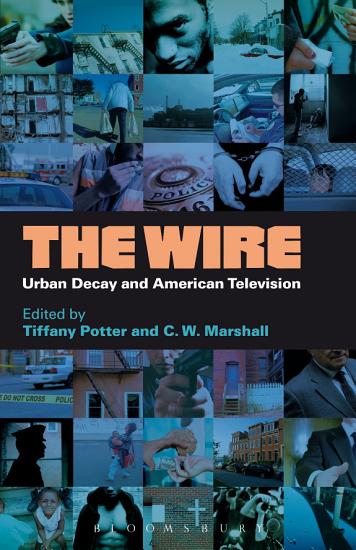 Book Description: The first collection of critical essays on HBO's The Wire - the most brilliant and socially relevant television series in years The Wire is about survival, about the strategies adopted by those living and working in the inner cities of America. It presents a world where for many even hope isn't an option, where life operates as day-to-day existence without education, without job security, and without social structures. This is a world that is only grey, an exacting autopsy of a side of American life that has never seen the inside of a Starbucks. Over its five season, sixty-episode run (2002-2008), The Wire presented several overlapping narrative threads, all set in the city of Baltimore. The series consistently deconstructed the conventional narratives of law, order, and disorder, offering a view of America that has never before been admitted to the public discourse of the televisual. It was bleak and at times excruciating. Even when the show made metatextual reference to its own world as Dickensian, it was too gentle by half. By focusing on four main topics (Crime, Law Enforcement, America, and Television), The Wire: Urban Decay and American Television examines the series' place within popular culture and its representation of the realities of inner city life, social institutions, and politics in contemporary American society. This is a brilliant collection of essays on a show that has taken the art of television drama to new heights. 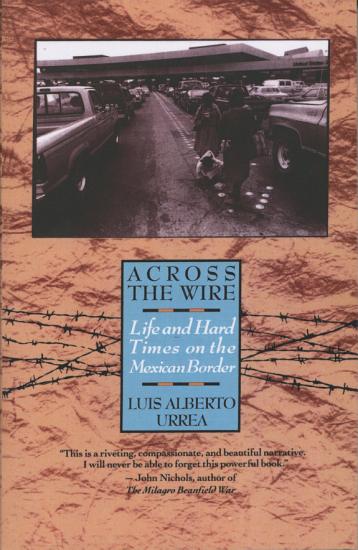 Book Description: Luis Alberto Urrea's Across the Wire offers a compelling and unprecedented look at what life is like for those refugees living on the Mexican side of the border—a world that is only some twenty miles from San Diego, but that few have seen. Urrea gives us a compassionate and candid account of his work as a member and "official translator" of a crew of relief workers that provided aid to the many refugees hidden just behind the flashy tourist spots of Tijuana. His account of the struggle of these people to survive amid abject poverty, unsanitary living conditions, and the legal and political chaos that reign in the Mexican borderlands explains without a doubt the reason so many are forced to make the dangerous and illegal journey "across the wire" into the United States. More than just an expose, Across the Wire is a tribute to the tenacity of a people who have learned to survive against the most impossible odds, and returns to these forgotten people their pride and their identity. From the Trade Paperback edition. 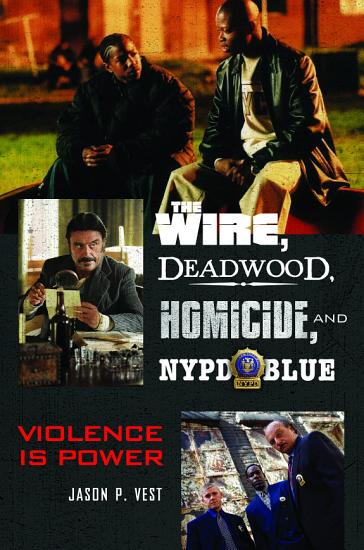 Book Description: This book offers the only examination of the television writing of David Milch and David Simon as significant contributions to American culture, literature, and social realism. * Contains six chapters, each addressing a different television series or miniseries written by David Milch or David Simon, as well as an introduction and conclusion * Presents a chronological perspective on nearly 30 years of American "realistic drama" television history * Includes a standard bibliography of cited books and articles, as well as a listing of all programs and movies mentioned within the book 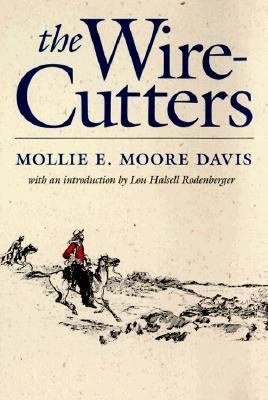 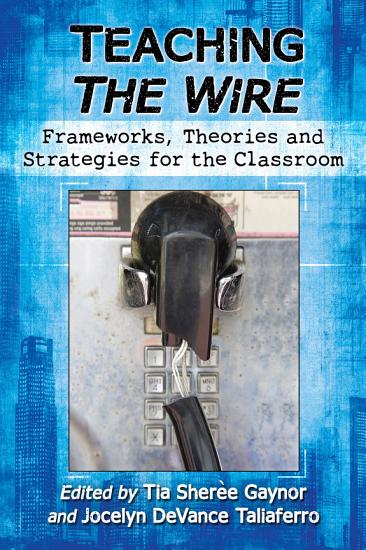 Book Description: HBO's critically acclaimed drama The Wire has seen increasing use as course material in college classrooms since the 2008 series finale. This collection of new essays discusses various approaches for using The Wire to bring the experiences of marginalized communities into the post-secondary classroom. The contributors cover a range of topics including leadership, sexuality, class, gender and race. 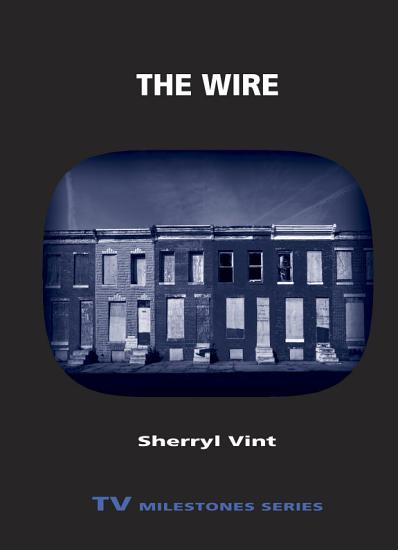 Book Description: Frequently described by creator David Simon as a novel for television, The Wire redefined the police serial format by unfolding its narrative across many episodes, constructing themes for each of its seasons, and refusing to portray individual crimes outside of their social context. While it never achieved spectacular ratings or won an Emmy during its 2002-2008 run on HBO, the show was honored with several awards and has been described by critics as the best show on television. In this volume, author Sherryl Vint takes a close look at several episodes of The Wire to argue that the series challenges our understanding of the relationship between entertainment and social critique. Informed by recent work on race, poverty, and the transformation of the American inner city through neoliberalism, Vint provides a compelling analysis of The Wire in four chapters. First, she examines the season 1 episode "The Buys" as an example of the ways in which The Wire diverges from the police procedural format. She continues by considering season 2's "All's Prologue" and season 3's "Middle Ground" to explore in more detail The Wire's critique of the exclusions of the capitalist economy. In the final two chapters, she looks at "Final Grades," the fourth season finale, to highlight the problems with institutional inertia and show both the need for and barriers to reform, and uses the season 5 episode "Clarifications" to consider the failure of the media to adequately reflect the social issues depicted in The Wire. One of the landmark series of recent television history, The Wire is ripe for research and discussion. Fans of the series and those interested in social commentary and the media will appreciate Vint's new analysis in this volume. 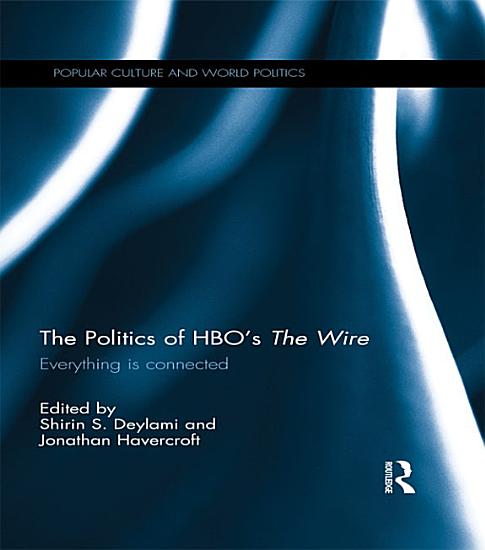 Book Description: This innovative new work suggests that The Wire reflects, not simply a cultural take on contemporary America, but a structural critique of the conditions of late-modernity and global capitalism. As such, it is a visual text worth investigating and exploring for its nuanced examination of power, difference and inequality. Deylami & Havercroft bring together nine essays addressing issues of interest to a range of academic fields in order to engage with this important cultural intervention that has transfixed audiences and sparked debate within the social scientific community. While the TV show is primarily focused upon the urban politics of Baltimore, the contributors to this volume read Baltimore as a global city. That is, they argue that the relations between race, class, power, and violence that the series examines only make sense if we understand that inner city Baltimore is a node in a larger global network of violence and economic inequality. The book is divided into three interrelated sections focusing on systemic and cultural violence, the rise and decline of national and state formations, and the dysfunctional and destructive forces of global capitalism. Throughout the series the relation of the urban to the global is constantly being explored. This innovative new volume explains clearly how The Wire portrays this interaction, and what this representation can show social scientists interested in race, neo-liberal processes of globalization, criminality, gender, violence and surveillance. 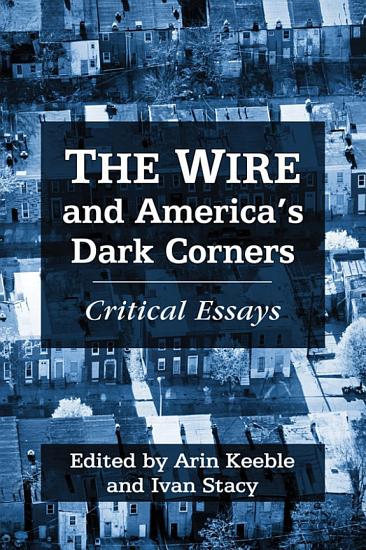 Book Description: In post–9/11 America, while all eyes were on Iraq and Afghanistan, The Wire (2002–2008) focused on the dark realities of those living in America’s disintegrating industrial heartlands and drug-ravaged neighborhoods, striving against the odds in its schools, hospitals and legal system. With compelling story lines and a memorable cast of characters, The Wire has been compared to the work of Tolstoy and Dostoevsky, with a level of detail rarely seen in a dramatic series. While the show garnered critical praise and a loyal following, a discussion of its political aspects—in particular Bush-era America—is overdue. This collection of new essays examines The Wire in terms of the War on Drugs, the racial and economic division of America’s cities, the surveillance state and the meaning of citizenship. 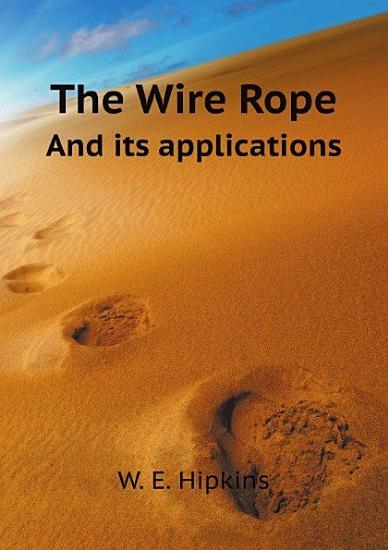