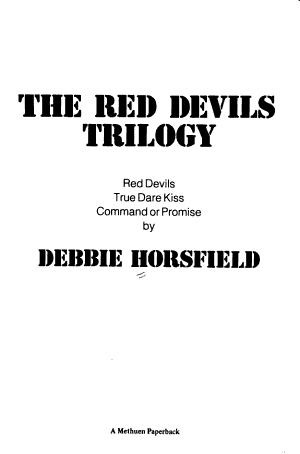 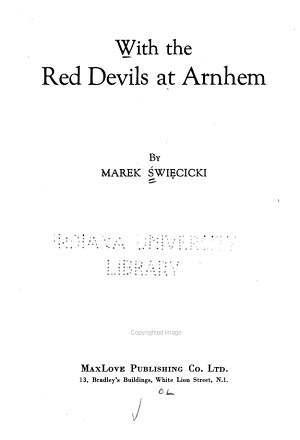 Book Description: The 1995-96 season was Manchester United's fourth season in the Premier League, and their 21st consecutive season in the top division of English football. United finished the season by becoming the first English team to win the Double (league title and FA Cup) twice. Their triumph was made all the more remarkable by the fact that Alex Ferguson had sold experienced players Paul Ince, Mark Hughes and Andrei Kanchelskis before the start of the season, and not made any major signings. Instead, he had drafted in young players like Nicky Butt, David Beckham, Paul Scholes and the Neville brothers, Gary and Phil.Eric Cantona returned from his eight-month suspension at the beginning of October, and finished the season as the club's top scorer with 19 goals in all competitions, the last one being the winner against Liverpool in the FA Cup Final. He also picked up a Premier League winner's medal and the FWA Player of the Year award. The Premier League title was sealed on the final day of the season with a 3-0 win at Bryan Robson's Middlesbrough. 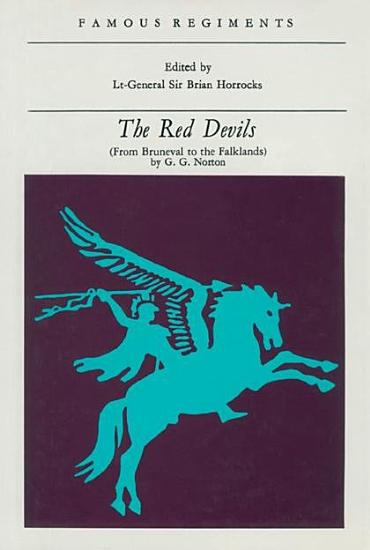 Book Description: From Bruneval to North Africa, from Normandy to Suez, by parachute and glider the men of the Airborne Forces have gone by air to battle. But their activities have by no means been confined to purely airborne operations- the Special Air Service performed prodigies of valor behind the German Lines in the Western Desert and Italy; the Glider Pilot Regiment fought beside their infantry comrades in Normandy, at Arnhem and across the Rhine. Their post-war successors, maintaining these traditions, have stood between Jew and Arab in Palistine; fought and sweltered in the jungles of Malaya and Borneo; sweated in the Persian Gulf and the Radfan; chocked on the summer dust of Cypriot roads; tasted the grit and sand of Egypt and Jordan in their mess mess tins; spent more then a decade facing terrorist ambush, bombs and bullets in Northern Ireland; experienced subzero temperatures and biting arctic winds in the South Atlantic and 'tabbed' across the Falklands to spearhead victory in 1982. Now should the aircrews who flew them be forgotten, or the air supply dispatches who maintained them, or the units who supported them. With well over 100 photographs and illustrations this book is a comprehensive single-volume history of the Airborne Forces. Accounts are given of the airborne actions fought by the British Army, whilst the development of the parachute assault and the use of the glider-borne troops can be followed from their infancy to the massive coup de main technique employed in the Rhine crossing. 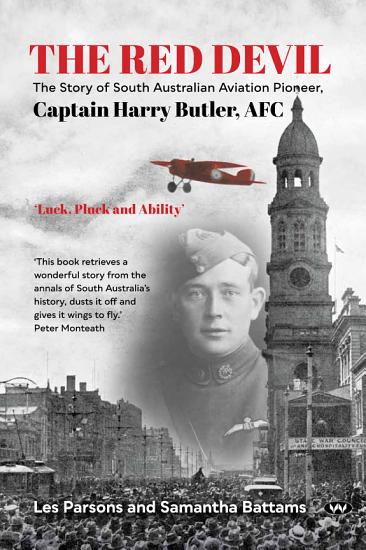 Book Description: Captain Harry Butler, AFC, was a national hero in the early 1920s. Hailed as a top aviator, his legacy continues to this day, yet he has been largely forgotten. Harry Butler returned from war with two aircraft and dreams of starting an industry. With his little crimson monoplane, Red Devil, Captain Butler inspired many thousands as he performed aerial shows in support of Peace Loan efforts. He made the first airmail crossing over a significant body of water in the Southern Hemisphere; established, with the famous engineer Harry Kauper, the first passenger flight business in South Australia; took the first aerial photographs; and set up what became the first Commonwealth Government airport in Adelaide. From Butler's childhood in the tiny farming community of Minlaton, where he was inspired by stories of early flight experimentation, to his role as a senior flight instructor in the Royal Flying Corps in England and his postwar experiences, The Red Devil tells the story of a pivotal figure in early aviation in Australia and, through his pilot training role, throughout the world. 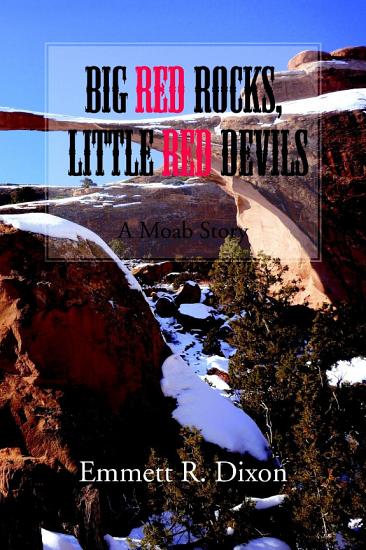 Book Description: Blaze a trail through the town of Moab, Utah and the youth of one slightly crazed, sunburned kid. He has asthma, he's scrawny; he plays rock music on his Vox Jaguar organ. He has attitude and he's in your face. Part memoir, part history and part philosophy, Big Red Rocks, Little Red Devils will reveal the keys to life, liberty and the pursuit of girls, all from the driver's seat of a '69 Pontiac Firebird. Enjoy the ride! 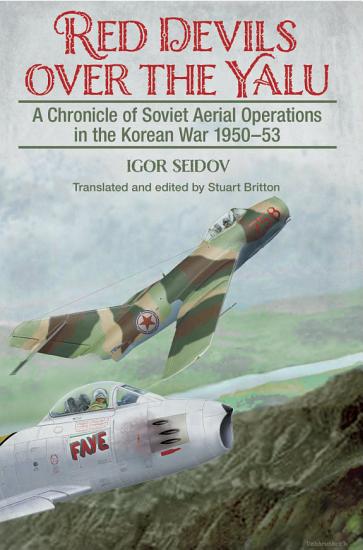 Book Description: The Korean War (1950-1953) was the first - and only - full-scale air war in the jet age. It was in the skies of North Korea where Soviet and American pilots came together in fierce aerial clashes. The best pilots of the opposing systems, the most powerful air forces, and the most up-to-date aircraft in the world in this period of history came together in pitched air battles. The analysis of the air war showed that the powerful United States Air Force and its allies were unable to achieve complete superiority in the air and were unable to fulfill all the tasks they'd been given. Soviet pilots and Soviet jet fighters, which were in no way inferior to their opponents and in certain respects were even superior to them, was the reason for this. The combat experience and new tactical aerial combat tactics, which were tested for the first time in the skies of Korea, have been eagerly studied and applied by modern air forces around the world today. This book fully discusses the Soviet participation in the Korean War and presents a view of this war from the opposite side, which is still not well known in the West from the multitude of publications by Western historians. The reason for this, of course, is the fact that Soviet records pertaining to the Korean War were for a long time highly classified, since Soviet air units were fighting in the skies of North Korea "incognito", so to speak or even more so to write about this was strictly forbidden in the Soviet Union right up to its ultimate collapse. The given work is in essence the first major work in the post-Soviet era. First published in a small edition in Russian in 1998, it was republished in Russia in 2007. For the first time, the Western reader can become acquainted with the most detailed and informative work existing on the course of the air war from the Soviet side, now in English language. The work rests primarily on the recollections of veterans of this war on the so-called 'Red' side - Soviet fighter pilots, who took direct part in this war on the side of North Korea. Their stories have been supplemented with an enormous amount of archival documents, as well as the work of Western historians. The author presents a literal day-by-day chronicle of the aerial combats and combat work of Soviet fighter regiments in the period between 1950 and 1953, and dedicates this work to all the men on both sides who fought and died in the Korean air war. 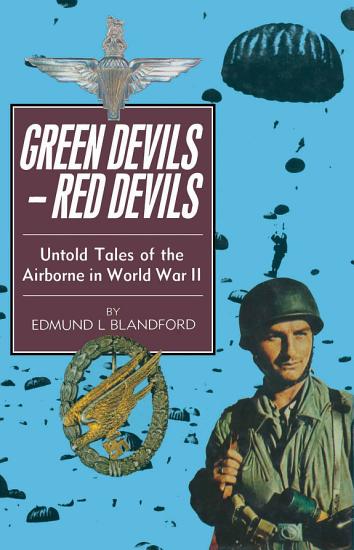 Book Description: World War II introduced a new chapter to the history of elite troops - the parachute and glider-borne soldiers of Germany and the Allies, whose story is told in this book. Despite their experimental nature, there is no doubting the successes achieved by both sides. The story of the German airborne corps is traced from its inception - the policemen co-opted into becoming Goering's paras, their army rivals, the revelations of the German disasters, and triumph in Norway, Holland and Belgium before their ultimate test of May 1941. The crucial Battle of Crete is described through the experiences of men who were there, the struggle that broke the back of Hitler's airborne army. Late starters, the British Red Berets came to achieve worldwide fame as crack troops, and the book includes the tales of men who volunteered at the start and saw it through to the end; the triumphs and tragedies of the ordinary soldier, proud to serve in these distinguished regiments. Readers will find not only authentic detail and personal stories, but insights into airborne operations.