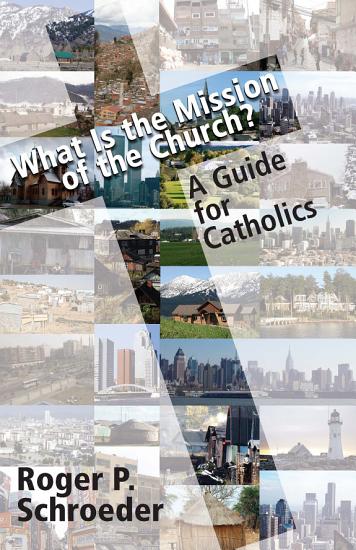 Book Description: After years of practical work in overseas mission, studies of how the mission of Jesus has been carried on through the centuries, and teaching in the United States, Papua New Guinea, the Philippines, Africa, and China, Roger Schroeder set out to distill the wisdom he has gained and mix it with the wisdom of church teaching. The result is a book to help individuals, parishes, dioceses, and national churches grapple practically and put themselves heart and soul into the mission of being Christ in our suffering world. 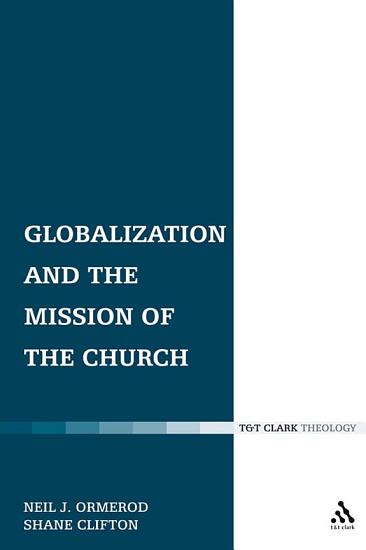 Book Description: Various social, political, economic and cultural commentators are presently arguing that human history is reaching a decisive stage in its development, a stage marked by increased interconnection between peoples, the compression of space and time, a sharing of ideas at unprecedented levels, global trade and finance, and so on. The shorthand word used to encompass these phenomena is "globalization". Some embrace it, others reject it, while still others dispute its existence. But with the abundance of literature and debate that it generates, the topic cannot be ignored. From its inception in the missionary mandate of Jesus (Matthew 28), Christianity has had a global dimension to its mission. Christianity is not a spectator to globalization but one of its agents, one of the forces at work which have extended interconnection between peoples, shared ideas and promoted social, political and cultural links. The purpose of the present work is not to provide a complete response to the question of the mission of the church in a globalizing world, but to establish a framework within which answers may be sought. Grounded in the writings of Bernard Lonergan and Robert Doran, it develops a theology of history and addresses the churches response to the impact of globalization on vital, social, cultural, personal and religious values. The project brings together the perspectives of Catholicism and Pentecostalism, the former providing a depth of wisdom and tradition, the latter drawing on the insight of a newly emerging movement that has taken root in every continent with remarkable energy and enthusiasm. 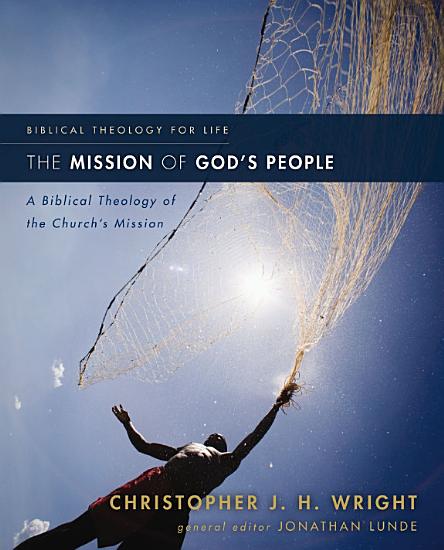 Book Description: Chris Wright’s pioneering 2006 book, The Mission of God, revealed that the typical Christian understanding of “missions” encompasses only a small part of God’s overarching mission for the world. God is relentlessly reclaiming the entire world for himself. In The Mission of God’s People, Wright shows how God’s big-picture plan directs the purpose of God’s people, the church. Wright emphasizes what the Old Testament teaches Christians about being the people of God. He addresses questions of both ecclesiology and missiology with topics like “called to care for creation,” “called to bless the nations,” “sending and being sent,” and “rejecting false gods.” As part of the Biblical Theology for Life Series, this book provides pastors, teachers, and lay learners with first-rate biblical study while at the same time addressing the practical concerns of contemporary ministry. The Mission of God’s People promises to enliven and refocus the study, teaching, and ministry of those truly committed to joining God’s work in the world. 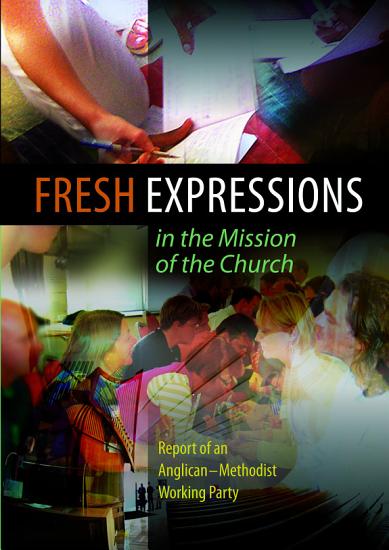 Book Description: Christians are increasingly seeking new ways of doing church, often called 'fresh expressions', which has created new questions and challenges for the Church as a whole. This Anglican-Methodist report explores the challenges raised by fresh expressions, from what it means to be a 'church', to sacramental life and the deployment of resources. 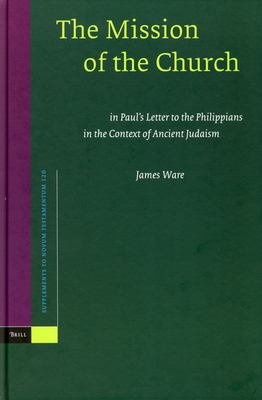 Book Description: Illumining the Jewish context of early Christian mission, this study through close exegesis of Paul's letter to the Philippians reveals the crucial place of the mission of the church in Paul's thought. 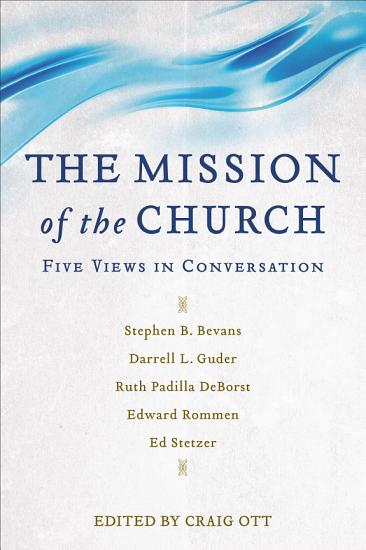 Book Description: Leading Voices from across Christian Traditions Discuss the Mission of the Church What is the mission of the church? Every seminarian and church leader must wrestle with that question. No matter what designation a church uses to describe itself, it must also think critically about why it exists and what it should be doing. In this book, five leading voices representing a range of Christian traditions engage in an enlightening conversation as they present and compare their perspectives on the mission of the church. Each contributor offers his or her view and responds to the other four views. Contributors include Stephen B. Bevans, Darrell L. Guder, Ruth Padilla DeBorst, Edward Rommen, and Ed Stetzer. The book's format is ideal for classroom use and will also benefit pastors and church leaders. 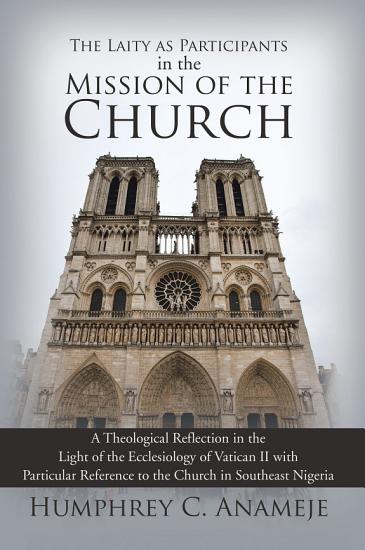 Book Description: The church is made up of both the clergy and the laity. And for it to properly fulfill the mission for which it was instituted by Christ, all its members, each according to his or her God-given gift, must contribute both to the upbuilding of the church and to its mission. On the part of the laity, their active participation in the general mission of the church ad intra and ad extra has been a great challenge in the life and practice of the church throughout its history. The Second Vatican Council, in its spirit of aggiornamento, makes some positive difference. This work critically examines the conciliar documents, some relevant postconciliar documents, and theological reflection of some theologians. And finally, it proffers solutions that will enhance the active participation of the laity in the mission of the church in general and the church in Southeast Nigeria in particular.

Book Description: Describes how the church can build a theology of mission, examining the key concepts of kingdom, gospel, and social justice. 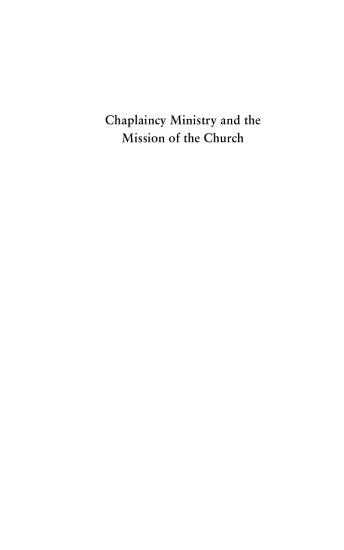 Book Description: In Chaplaincy Ministry and the Mission of the Church, Victoria Slater explores the significance of chaplaincy for the mission and ministry of the contemporary Church. She discusses the reasons for the recent growth in new chaplaincy roles in the contemporary cultural and church context and provides a theological rationale for chaplaincy along with practical suggestions for the development and support of chaplaincy practice. The book provides conceptual clarity about what chaplaincy actually is and will move beyond the common polarisation of chaplaincy and Church to position chaplaincy as a distinctive form of ministry with its own identity and integrity that, together with other forms of ministry, makes a significant contribution to the mission of the Church. 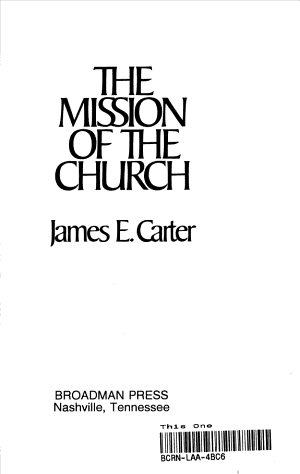 Book Description: Uses twelve Bible studies to show the mission of the church.