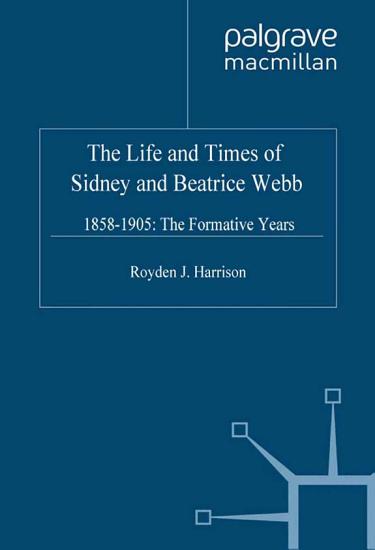 Book Description: Sidney and Beatrice Webb are the most important British contributors to the socialist tradition. They had a hand in founding many of the institutions that form the fabric of British society; notably the Fabian society, the Labour Party, the London School of Economics, the New Statesman , the Political Quarterly and Tribune. This is the first authorized biography of the Webbs commissioned by the Passfield Trustees; this life of the 'oddest couple since Adam and Eve' differs from previous studies in considering their literary and institution-building accomplishments and not just their personal idiosyncrasies. 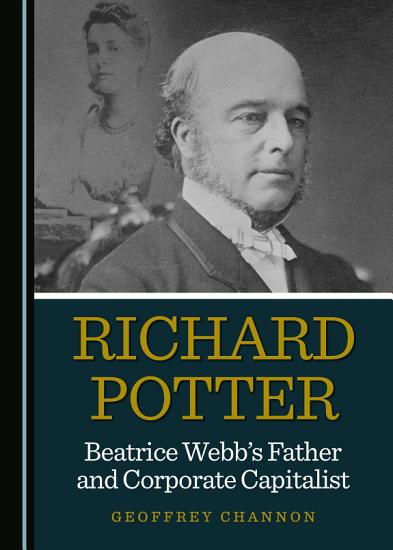 Book Description: This book has a quite different orientation to existing studies of Richard Potter’s family. These tend to see Potter through the lens of his relationship with his most famous daughter, Beatrice (Webb) or through Beatrice and her eight siblings, all girls. In this book, Potter is the subject of study in his own right. Earlier studies have taken the family’s income and wealth as a given. It was, however, the father’s activities as a businessman and investor, which sustained the material position of the family and therefore its upper-middle-class lifestyle and status. Potter was a new type of businessman, a corporate capitalist, who operated on an international stage. However, he also retained a very important link with a more traditional form of business organisation. This book looks inside the principal companies in which Potter was the chairman (the Great Western and the Canadian Grand Trunk railways and the Gloucester Wagon Company), in order to make an assessment of his role and the contributions of his business activities to the family’s fortunes and social position. It also examines Potter’s relationships with his wife and daughters, describing how he drew them into some of his key business decisions and how he recognised the individuality of his daughters, encouraging them to read and think outside conventional boundaries, and to engage with the intellectuals who were part of the family circle, so shaping their lives as distinctive and strong adults. 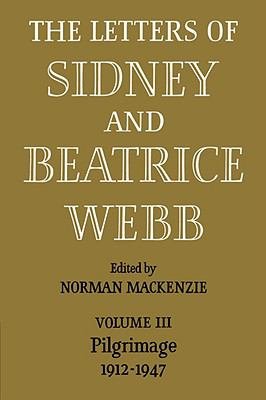 Book Description: This is the third and final volume of the letters of Sidney and Beatrice Webb. As leading figures in the Fabian Society, prominent historians and public figures, they numbered among their correspondents some of the most outstanding personalities of their day, including E. M. Forster, H. G. Wells, J. M. Keynes, William Beveridge and Leonard Woolf. The letters in this volume run from 1912, when the Webbs signalled a fresh start in British politics by founding the New Statesman, to the death of Beatrice in 1943 and Sidney in 1947. 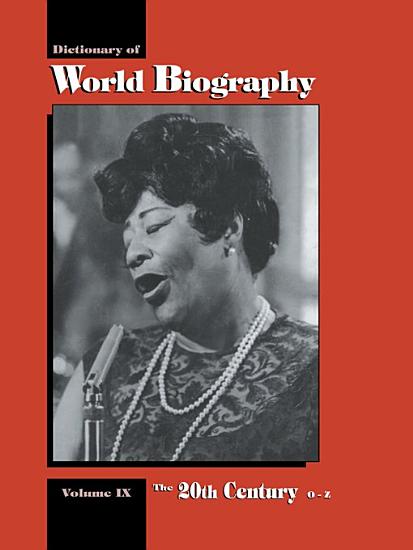 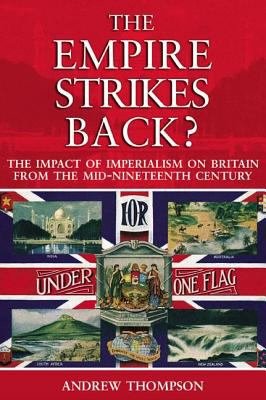 Book Description: "The book concludes by examining the British people's relation to empire in recent times, engaging with many contemporary issues, such as the Falklands conflict, the repatriation of Hong Kong and the impact of immigration. A fascinating study for all those concerned with how the past shapes both the present and the future, this book is essential reading for students and scholars alike."--BOOK JACKET. 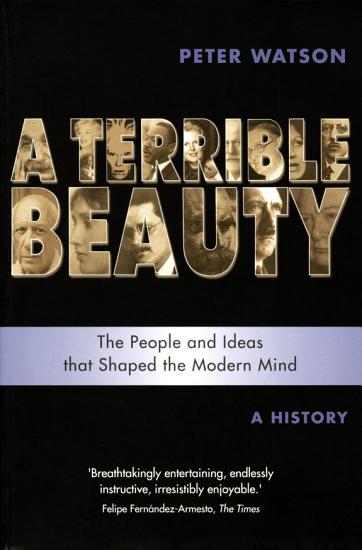 Book Description: A history of the twentieth century which covers all the ideas, people, great events, literary and artistic movements, scientific discoveries which have shaped the twentieth century. Terrible Beauty presents a unique narrative of the twentieth century. Unlike more conventional histories, where the focus is on political events and personalities, on wars, treaties and elections, this book concentrates on the ideas that made the century so rich, rewarding and provocative. Beginning with four seminal ideas which were introduced in 1900 - the unconscious, the gene, the quantum and Picasso's first paintings in Paris - the book brings together the main areas of thought and juxtaposes the most original and influential ideas of our time in an immensely readable narrative. From the creation of plastic to Norman Mailer, from the discovery of the 'Big Bang' to the Counterculture, from Relativity to Susan Sontag, from Proust to Salman Rushdie, and Henri Bergson to Saul Bellow, the book's range is encyclopedic. We meet in these pages the other twentieth century, the writers, the artists, the scientists and philosophers who were not cowed by the political and military disasters raging around them, and produced some of the most amazing and rewarding ideas by which we live. Terrible Beauty, endlessly stimulating and provocative, affirms that there was much more to the twentieth century than war and genocide. 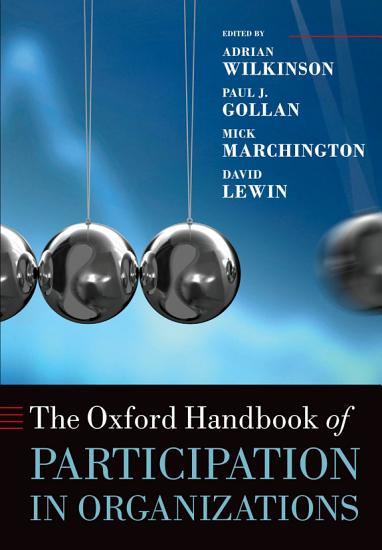 Book Description: Employee participation encompasses the range of mechanisms used to involve the workforce in decisions at all levels of the organization - whether direct or indirect - conducted with employees or through their representatives. In its various guises, the topic of employee participation has been a recurring theme in industrial relations and human resource management. One of the problems in trying to develop any analysis of participation is that there is potentially limited overlap between these different disciplinary traditions, and scholars from diverse traditions may know relatively little of the research that has been done elsewhere. Accordingly in this book, a number of the more significant disciplinary areas are analysed in greater depth in order to ensure that readers gain a better appreciation of what participation means from these quite different contextual perspectives. Not only is there a range of different traditions contributing to the research and literature on the subject, there is also an extremely diverse sets of practices that congregate under the banner of participation. The handbook discusses various arguments and schools of thought about employee participation, analyzes the range of forms that participation can take in practice, and examines the way in which it meets objectives that are set for it, either by employers, trade unions, individual workers, or, indeed, the state. In doing so, the Handbook brings together leading scholars from around the world who present and discuss fundamental theories and approaches to participation in organization as well as their connection to broader political forces. These selections address the changing contexts of employee participation, different cultural/ institutional models, old/'new' economy models, shifting social and political patterns, and the correspondence between industrial and political democracy and participation. 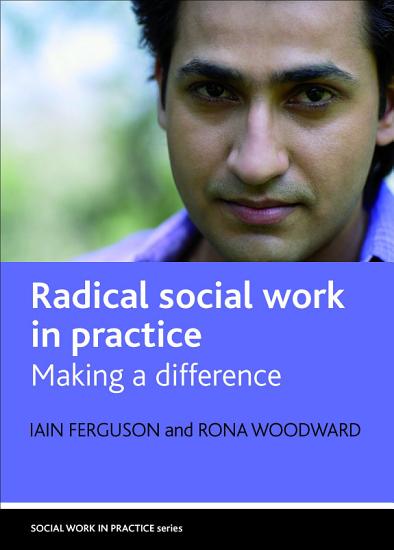 Book Description: This much-needed textbook provides a fresh understanding of the radical tradition and shows how it can be developed in contemporary social work. 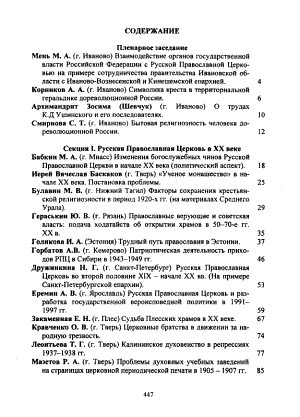 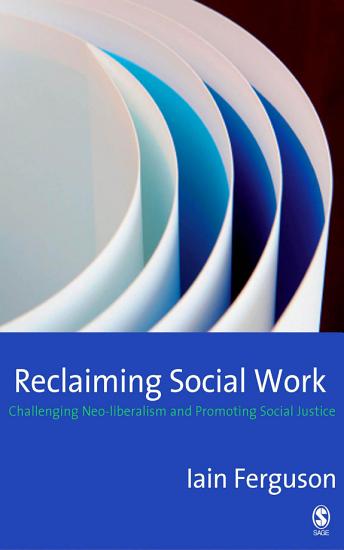 Book Description: Reclaiming Social Work is a thought-provoking and innovative book which examines how social work's commitment to social justice has been deepened and enriched by its contact with wider social movements. It explores the tensions between social work values and a market-driven agenda, and locates new resources of hope for the social work profession in the developing resistance to managerialism. The book: " discusses pertinent social work issues such as inequality and risk, the voluntary sector, and service-user involvement " examines values such as democracy, solidarity, accountability, participation, justice, equality, liberty and diversity " is written in an accessible style, drawing on diverse examples to illustrate theoretical concepts. Reclaiming Social Work is an accessible yet challenging book and will be essential reading for all social work students and practitioners wanting to think outside the boundaries of their profession. The book will be particularly helpful to students taking courses in anti-oppressive practice, social work values, social work theories and concepts, and international social work. Iain Ferguson is a Senior Lecturer in Social Work at the University of Stirling. Previous publications include Rethinking Welfare: A Critical Perspective (SAGE, 2002, co-authored with Michael Lavalette and Gerry Mooney); Globalisation, Global Justice and Social Work (Routledge, 2004, co-edited with Michael Lavalette and Elizabeth Whitmore); and International Social Work and the Radical Tradition (Venture Press, 2007, co-edited with Michael Lavalette).