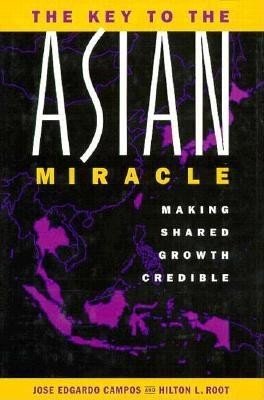 Book Description: "Easily the most informed and comprehensive analysis to date on how and why East Asian countries have achieved sustained high economic growth rates, [this book] substantially advances our understanding of the key interactions between the governors and governed in the development process. Students and practitioners alike will be referring to Campos and Root's series of excellent case studies for years to come." Richard L. Wilson, The Asia Foundation Eight countries in East Asia--Japan, South Korea, Taiwan, Hong Kong, Singapore, Thailand, Malaysia, and Indonesia--have become known as the "East Asian miracle" because of their economies' dramatic growth. In these eight countries real per capita GDP rose twice as fast as in any other regional grouping between 1965 and 1990. Even more impressive is their simultaneous significant reduction in poverty and income inequality. Their success is frequently attributed to economic policies, but the authors of this book argue that those economic policies would not have worked unless the leaders of the countries made them credible to their business communities and citizens. Jose Edgardo Campos and Hilton Root challenge the popular belief that East Asia's high performers grew rapidly because they were ruled by authoritarian leaders. They show that these leaders had to collaborate with various sectors of their population to create an environment that was conducive to sustained growth. This required them to persuade the business community that their investments would not be expropriated and to convince the broader population that their short-term sacrifices would be rewarded in the future. Many of the countries achieved business cooperation by creating consultative groups, which the authors call deliberation councils, to enhance accountability and stability. They also obtained popular support through a variety of wealth-sharing measures such as land reform, worker cooperatives, and wider access to education. Finally, to inhibit favoritism and corruption that would benefit narrow interest groups at the expense of broad-based development, these countries' leaders constructed a competent bureaucracy that balanced autonomy with accountability to serve all interests, including the poor. This important book provides useful lessons about how developing and newly industrialized countries can build institutions to implement growth-promoting policies. 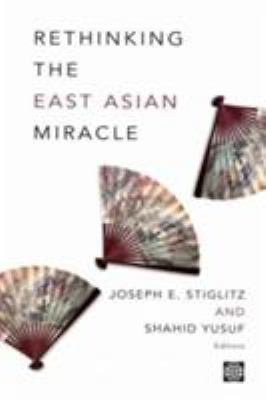 Book Description: This volume provides highly illuminating, analytic perspectives on key facets of the East Asian economies. It discusses weaknesses in the financial sector, corporate governance, exchange rate and trade policies, regulatory capability, and proposes remedies. Rethinking the East Asian Miracle is an indispensable book for all those with an interest in East Asia's prospects in the early decades of the new century. 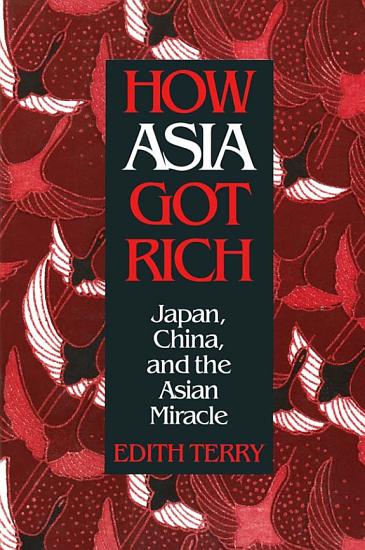 Book Description: Within a few short months in 1997, Asian economies that had been considered not only healthy but "miraculous" suddenly fell off a precipice as investors withdrew massively first from Asian currencies and, in rapid order, from equity markets across the region. On October 27 1997, the turmoil in Asian markets spooked Wall Street in the largest single-day decline in history, a drop of 550 points. It was predicted that the Asian crash could drive the US trade deficit from $191 billion to $300 billion by 1998, creating huge new tensions in relations with some of the largest US trading partners. These wrenching changes, following a generation of success, raise numerous questions about the steps that led to the crisis, its likely outcome and the limits and constraints of "Asian capitalism". Edith Terry presents a blow-by-blow account of the crisis, beginning with the 1996 collapse of the Bangkok Bank of Commerce. In her overview, she links the fall of the Asian miracle with the theme of globalization, arguing that the crisis demonstrates the urgency of dismantling restraints to trade, investment, and financial services, and that the United States should take leadership in pushing for new and sweeping reform through the World Trade Organization and in bilateral negotiations with its trading partners. The final section of the book deals with the rise of the "Asian miracle" - how the myth was created, who created it, why it succeeded for so long - and is informed by analysis of the Japanese prototype. 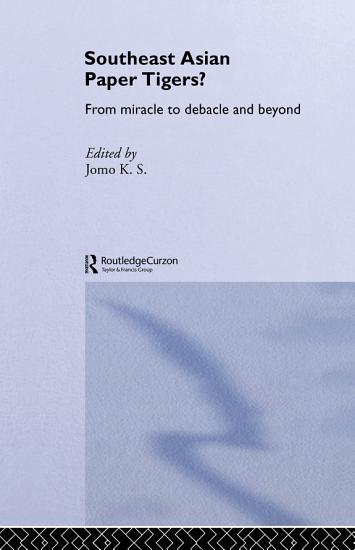 Book Description: This important collection is a timely contribution to the debate on the Asian financial crisis. With chapters written by well-established international experts in Asian economics, this book constitutes a finely judged example of the varying opinions on the matter. 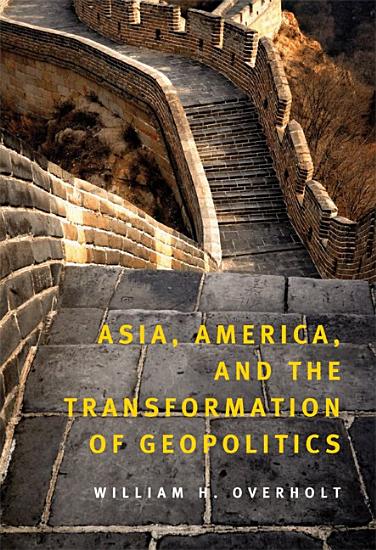 Book Description: American security and prosperity now depend on Asia. William H. Overholt offers an iconoclastic analysis of developments in each major Asian country, Asian international relations, and US foreign policy. Drawing on decades of political and business experience, he argues that obsolete Cold War attitudes tie the US increasingly to an otherwise isolated Japan and obscure the reality that a US-Chinese bicondominium now manages most Asian issues. Military priorities risk polarizing the region unnecessarily, weaken the economic relationships that engendered American preeminence, and ironically enhance Chinese influence. As a result, US influence in Asia is declining. Overholt disputes the argument that democracy promotion will lead to superior development and peace, and forecasts a new era in which Asian geopolitics could take a drastically different shape. Covering Japan, China, Russia, Central Asia, India, Pakistan, Korea, and South-East Asia, Overholt offers invaluable insights for scholars, policy-makers, business people, and general readers. 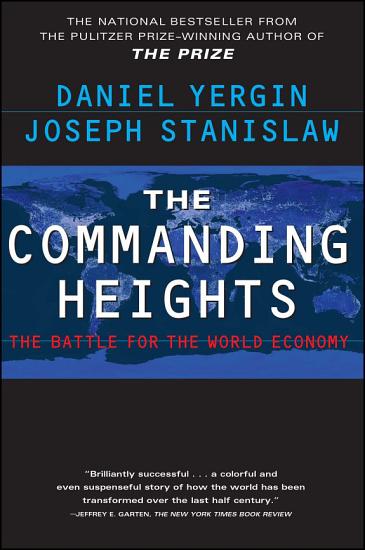 Book Description: The Commanding Heights is about the most powerful political and economic force in the world today -- the epic struggle between government and the marketplace that has, over the last twenty years, turned the world upside down and dramatically transformed our lives. Now, the Pulitzer Prize-winning author of The Prize joins with a leading expert on the new marketplace to explain the revolution in ideas that is reshaping the modern world. Written with the same sweeping narrative power that made The Prize an enormous success, The Commanding Heights provides the historical perspective, the global vision, and the insight to help us understand the tumult of the past half century. Trillions of dollars in assets and fundamental political power are changing hands as free markets wrest control from government of the "commanding heights" -- the dominant businesses and industries of the world economy. Daniel Yergin and Joseph Stanislaw demonstrate that words like "privatization" and "deregulation" are inadequate to describe the enormous upheaval that is unfolding before our eyes. Along with the creation of vast new wealth, the map of the global economy is being redrawn. Indeed, the very structure of society is changing. New markets and new opportunities have brought great new risks as well. How has all this come about? Who are the major figures behind it? How does it affect our lives? The collapse of the Soviet Union, the awesome rise of China, the awakening of India, economic revival in Latin America, the march toward the European Union -- all are a part of this political and economic revolution. Fiscal realities and financial markets are relentlessly propelling deregulation; achieving a new balance between government and marketplace will be the major political challenge in the coming years. Looking back, the authors describe how the old balance was overturned, and by whom. Looking forward, they explore these questions: Will the new balance prevail? Or does the free market contain the seeds of its own destruction? Will there be a backlash against any excesses of the free market? And finally, The Commanding Heights illuminates the five tests by which the success or failure of all these changes can be measured, and defines the key issues as we enter the twenty-first century. The Commanding Heights captures this revolution in ideas in riveting accounts of the history and the politics of the postwar years and compelling tales of the astute politicians, brilliant thinkers, and tenacious businessmen who brought these changes about. Margaret Thatcher, Donald Reagan, Deng Xiaoping, and Bill Clinton share the stage with the "Minister of Thought" Keith Joseph, the broommaker's son Domingo Cavallo, and Friedrich von Hayek, the Austrian economist who was determined to win the twenty-year "battle of ideas." It is a complex and wide-ranging story, and the authors tell it brilliantly, with a deep understanding of human character, making critically important ideas lucid and accessible. Written with unique access to many of the key players, The Commanding Heights, like no other book, brings us an understanding of the last half of the twentieth century -- and sheds a powerful light on what lies ahead in the twenty-first century. 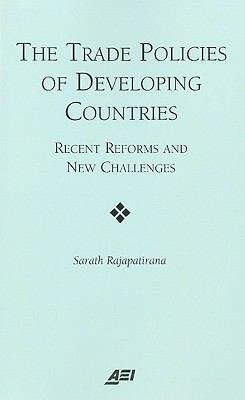 Book Description: This account traces the relationship of the developing countries with the world economy, the factors leading to trade reforms, and the political economy aspects of reforms. A sample of 20 countries provides specific examples of reforms. 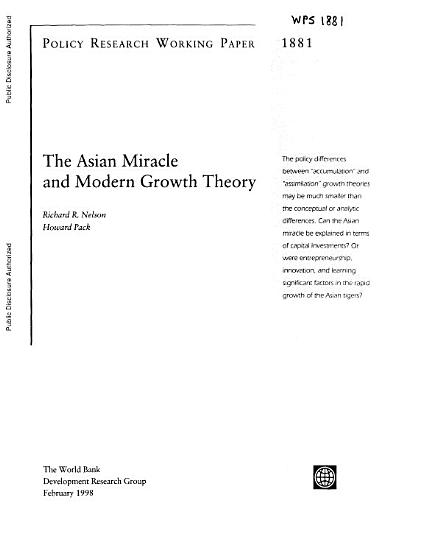 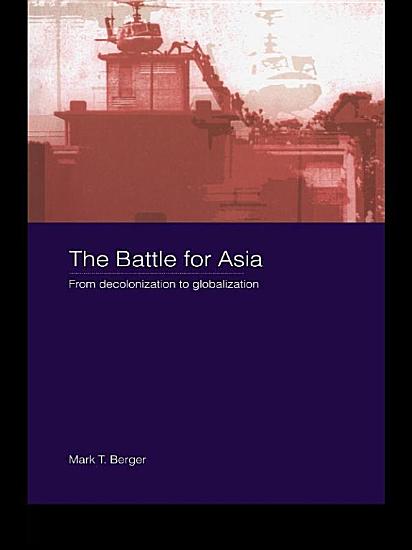 Book Description: Asia has long been an ideological battleground between capitalism and communism, between nationalism and Westernisation and between the nation-state and globalization. This book is a history of the Asian region from 1945 to the present day which delineates the various ideological battles over Asia's development. Subjects covered include: * theories of development * decolonization * US political and economic intervention * the effects of communism * the end of the Cold War * the rise of neo-liberalism * Asia after the crisis * Asia in the era of globalisation Broad in sweep and rich in theory and empirical detail, this is an essential account of the growth of 'Asian miracle' and its turbulent position in the global economy of the twenty-first century. 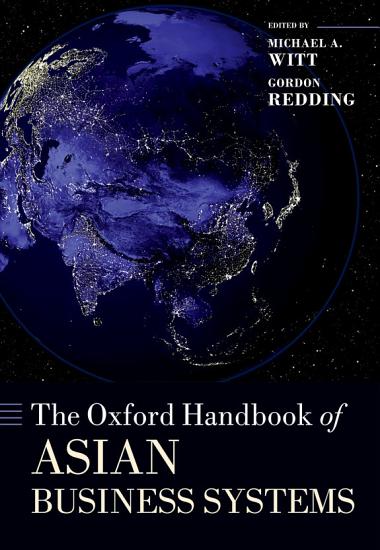 Book Description: Much of the existing literature within the "varieties of capitalism " (VOC) and "comparative business systems " fields of research is heavily focused on Europe, Japan, and the Anglo-Saxon nations. As a result, the field has yet to produce a detailed empirical picture of the institutional structures of most Asian nations and to explore to what extent existing theory applies to the Asian context. The Oxford Handbook of Asian Business Systems aims to address this imbalance by exploring the shape and consequences of institutional variations across the political economies of different societies within Asia. Drawing on the deep knowledge of 32 leading experts, this book presents an empirical, comparative institutional analysis of 13 major Asian business systems between India and Japan. To aid comparison, each country chapter follows the same consistent outline. Complementing the country chapters are eleven contributions examining major themes across the region in comparative perspective and linking the empirical picture to existing theory on these themes. A further three chapters provide perspectives on the influence of history and institutional change. The concluding chapters spell out the implications of all these chapters for scholars in the field and for business practitioners in Asia. The Handbook is a major reference work for scholars researching the causes of success and failure in international business in Asia.