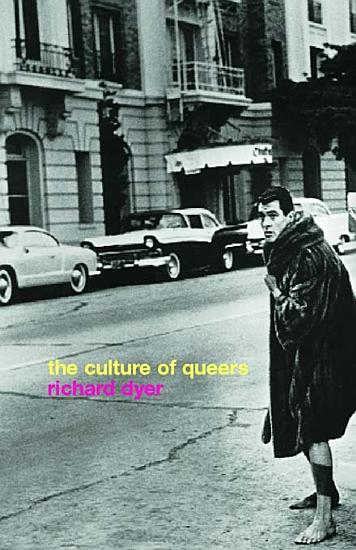 Book Description: For around a hundred years up to the Stonewall riots, the word for gay men was queers. From screaming queens to sensitive vampires and from pulp novels to pornography, The Culture of Queers explores the history of queer arts and artists. 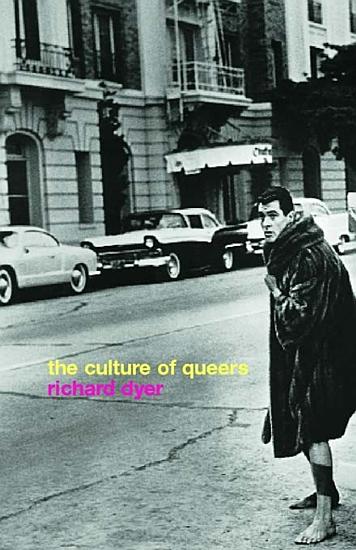 Book Description: For around a hundred years up to the Stonewall riots, the word used for gay men was 'queers'. In The Culture of Queers, Richard Dyer traces the contours of queer culture, examining the differences and continuities with the gay culture which succeeded it. Opening with a discussion of the very concept of 'queers', Dyer asks what it means to speak of a sexual grouping having a culture, and addresses issues such as gay attitudes to women and the notion of camp. From screaming queens to sensitive vampires and sad young men, and from pulp novels to pornography to the films of Fassbinder, The Culture of Queers explores the history of queer arts and media. 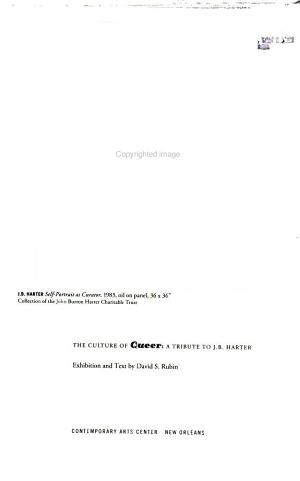 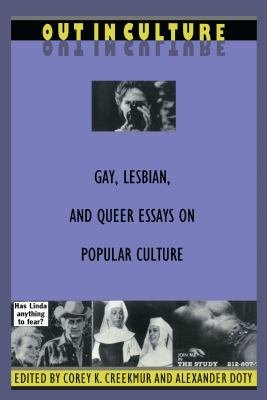 Book Description: Out in Culture charts some of the ways in which lesbians, gays, and queers have understood and negotiated the pleasures and affirmations, as well as the disappointments, of mass culture. The essays collected here, combining critical and theoretical works from a cross-section of academics, journalists, and artists, demonstrate a rich variety of gay and lesbian approaches to film, television, popular music, and fashion. This wide-ranging anthology is the first to juxtapose pioneering work in gay and lesbian media criticism with recent essays in contemporary queer cultural studies. Uniquely accessible, Out in Culture presents such popular writers as B. Ruby Rich, Essex Hemphill, and Michael Musto as well as influential critics such as Richard Dyer, Chris Straayer, and Julia Lesage, on topics ranging from the queer careers of Agnes Moorehead and Pee Wee Herman to the cultural politics of gay drag, lesbian style, the visualization of AIDS, and the black snap! queen experience. Of particular interest are two "dossiers," the first linking essays on the queer content of Alfred Hitchcock’s films, and the second on the production and reception of popular music within gay and lesbian communities. The volume concludes with an extensive bibliography—the most comprehensive currently available—of sources in gay, lesbian, and queer media criticism. Out in Culture explores the distinctive and original ways in which gays, lesbians, and queers have experienced, appropriated, and resisted the images and artifacts of popular culture. This eclectic anthology will be of interest to a broad audience of general readers and scholars interested in gay and lesbian issues; students of film, media, gender, and cultural studies; and those interested in the emerging field of queer theory. Contributors. Sabrina Barton, Edith Becker, Rhona J. Berenstein, Nayland Blake, Michelle Citron, Danae Clark, Corey K. Creekmur, Alexander Doty, Richard Dyer, Heather Findlay, Jan Zita Grover, Essex Hemphill, John Hepworth, Jeffrey Hilbert, Lucretia Knapp, Bruce La Bruce, Al LaValley, Julia Lesage, Michael Moon, Michael Musto, B. Ruby Rich, Marlon Riggs, Arlene Stein, Chris Straayer, Anthony Thomas, Mark Thompson, Valerie Traub, Thomas Waugh, Patricia White, Robin Wood 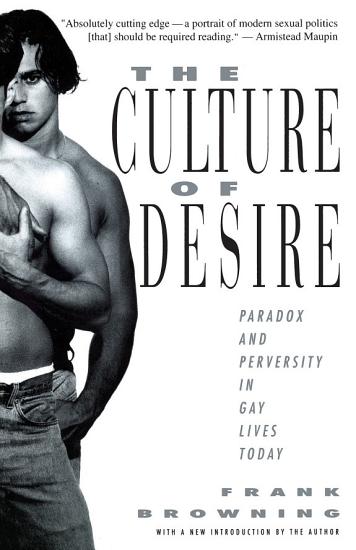 Book Description: Is there such a thing as an American gay culture--a set of styles, values, and behaviors that arises not from ethnicity or religion but from sexual orientation? How is that culture transmitted? And how is it likely to survive the depradations of homophobia and AIDS? These questions are explored by Browning, a reporter for NPR. From the Trade Paperback edition. 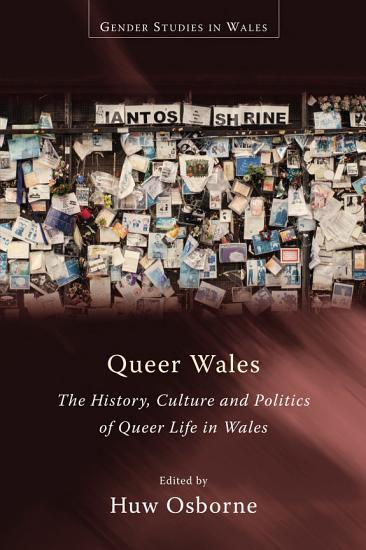 Book Description: The relationship between nation and queer sexuality has long been a fraught one, for the sustaining myths of the former are often at odds with the needs of the latter. This collection of essays introduces readers to important historical and cultural figures and moments in queer life, and it addresses some of the urgent questions of queer belonging that face Wales today. 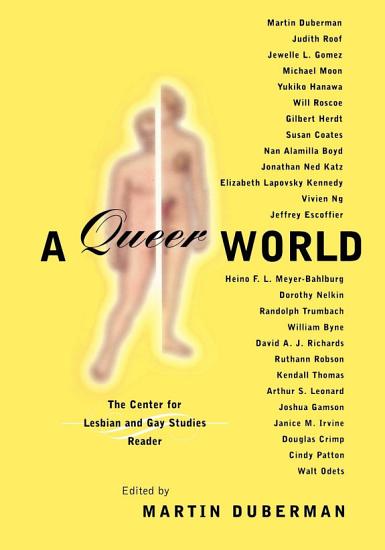 Book Description: What role does theory play in academia today? How can feminist theory be made more relevant to the very real struggles undertaken by women of all professions, races, and sexual orientation? How can it be directed into more effective social activism, and how is theory itself a form of practice? Feminist theory and political activism need not—indeed cannot—be distinct and alienated from one another. To reconcile the gulf between word and deed, scholar-activists from a broad range of disciplines have come together here to explore the ways in which practice and theory intersect and interact. The authors argue against overly abstract and esoteric theorizing that fails its own tests of responsible political practice and suggest alternative methods by which to understand feminist issues and attain feminist goals. They also examine the current state of affairs in the academy, exposing the ways in which universities systematically reinforce social hierarchies and offering important and intelligent suggestions for curricular and structural changes. Is Academic Feminism Dead? marks a significant step forward in relating academic and social movement feminism. It recognizes and examines the diverse realities experienced by women, as well as the changing political, cultural, and economic realities shaping contemporary feminism. 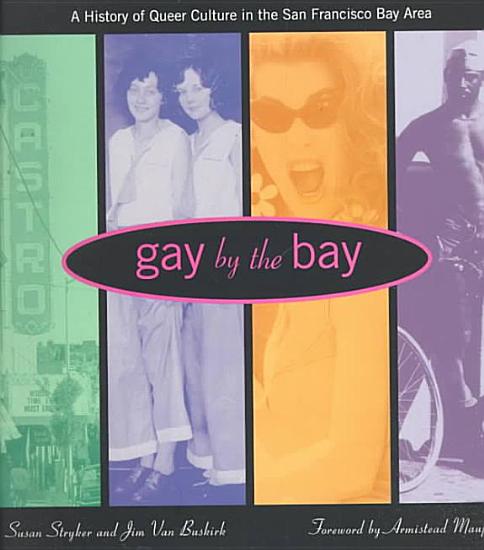 Book Description: A fabulous montage of word and image, this is the first book ever to chronicle the origin and evolution of lesbian, gay, bisexual, and transgender culture in the San Francisco Bay Area. Capturing the international center of the gay experience as never before, and published to coincide with the opening of the Gay and Lesbian Center of the new main San Francisco Public Librarythe only publicly funded archive of its kind in the worldGay by the Bay contains over 200 full-color and black-and-white photographs of historical memorabilia, including correspondence, posters, buttons, and other artifacts. With anecdotes about Bay Area gay luminaries, past and present, and a foreword by acclaimed author Armistead Maupin, Gay by the Bay offers a scintillating look at a continually dynamic and evolving community. 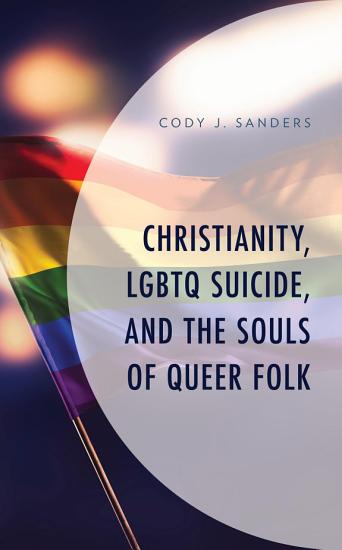 Book Description: While garnering the attention of professionals across disciplines, from medicine to public health to psychology, and frequently covered as a topic of public concern in the news media, the elevated occurrence of suicide attempts among LGBTQ persons has received little attention within the literature of theology and religious studies. This book fills that lacuna by addressing the role that religious, spiritual, and theological narratives play in shaping the souls of queer folk. Taking a narrative approach to qualitative interview material from LGBTQ individuals who survived their suicide attempts, Cody J. Sanders argues that theological narratives can operate violently upon the souls of LGBTQ people in ways that make life precarious and, at time, seem unlivable. The book critically addresses the violence of theological narratives upon queer souls, filling a crucial void in scholarship concerning the role of religion--specifically Christianity--in LGBTQ suicide. Ultimately, the author draws upon the interview material to move readers toward constructive methods of contributing to the resistance and resilience of queer souls in relation to soul violence, asking how we can intervene with practices of care in order to cultivate livability of life for queer people. 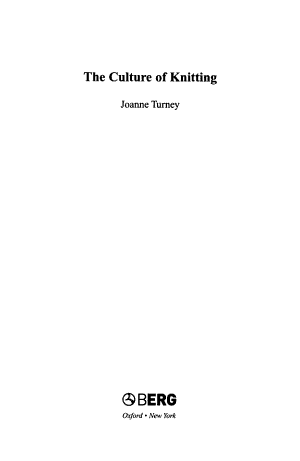 Book Description: 'The Culture of Knitting' addresses and investigates knitting as an aspect of both visual and material culture and as a culture of its own. Knitting is discussed as a practice, a process and a series of objects and artefacts that encompass a variety of different techniques, approaches, and materials, undertaken by both professionals and amateurs. The aim is to uncover the cultural significance of knitting, not just as a 'fashionable' commodity, but as an everyday practice. By uncovering these recognisable practices and objects, the book develops a way of looking at knitting which can encompass the process as well as the object.