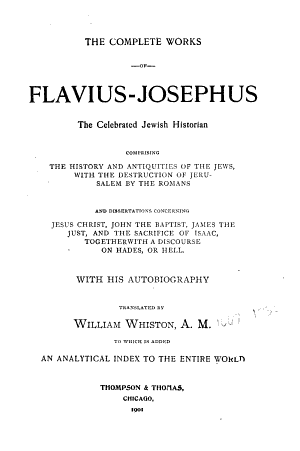 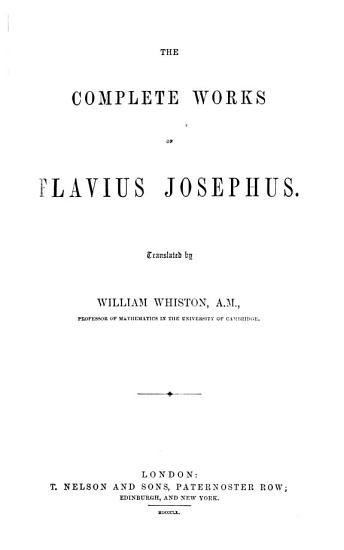 Book Description: Josephus was a first-century Pharisee, soldier, informant to the Romans, and writer. He left behind the most extensive writings on ancient Jewish history still in existence, including us the earliest independent accounts of the lives of Jesus, John the Baptist, and James the brother of Jesus. Without Josephus, we would know very little about the Essenes, the ancient Jewish group most frequently associated with the Dead Sea Scrolls, or about the beliefs of the Sadducees and Pharisees. Features include: The War of the Jews: an account of the Jewish revolt against Rome up to the destruction of the temple in Jerusalem -- The Antiquities of the Jews: a history of the Jews from Creation to the Roman occupation of Palestine -- The Life of Flavius Josephus: the autobiography of Josephus, who fought against Rome and later served the empire -- Against Apion: a defense of the origin of Judaism in the face of Greco-Roman slanders -- Discourse to the Greeks Concerning Hades: a text attributed to Josephus -- Index of parallels between Josephus's Antiquities and the Old Testament including the Apocrypha. 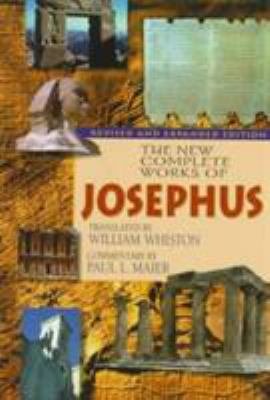 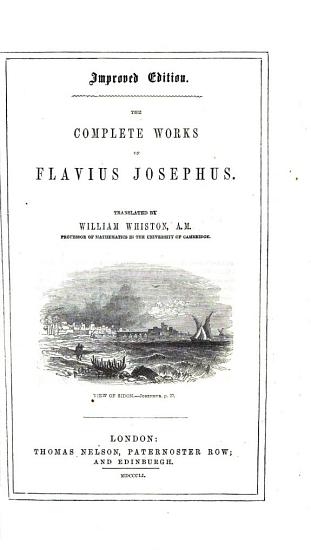 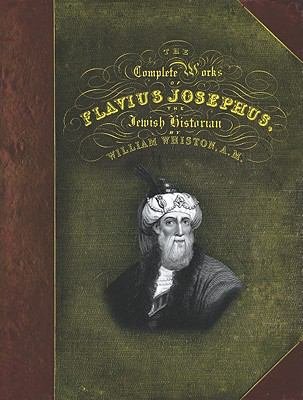 Book Description: THIS IS A REPRODUCTION OF THE ORIGINAL THAT WAS PRINTED IN 1851. IT HAS OVER 60 ILLUSTRATIONS IN THE BOOK. 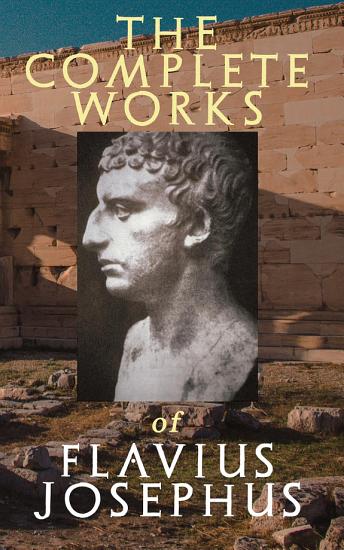 Book Description: This meticulously edited collection has been formatted for your eReader with a functional and detailed table of contents: The War of the Jews The Antiquities of the Jews Against Apion Discourse to the Greeks concerning Hades The Life of Flavius Josephus: Autobiography Titus Flavius Josephus was a first-century Romano-Jewish scholar, historian and hagiographer, who was born in Jerusalem—then part of Roman Judea—to a father of priestly descent and a mother who claimed royal ancestry. He initially fought against the Romans during the First Jewish–Roman War as head of Jewish forces in Galilee, until surrendering in 67 CE to Roman forces led by Vespasian after the six-week siege of Jotapata. After Vespasian became Emperor in 69 CE, he granted Josephus his freedom, at which time Josephus assumed the emperor's family name of Flavius. He fully defected to the Roman side and was granted Roman citizenship. Josephus recorded Jewish history, with special emphasis on the first century CE and the First Jewish–Roman War, including the Siege of Masada. His most important works were The Jewish War (c. 75) and Antiquities of the Jews (c. 94).

Book Description: This book has been considered by academicians and scholars of great significance and value to literature. This forms a part of the knowledge base for future generations. We have represented this book in the same form as it was first published. Hence any marks seen are left intentionally to preserve its true nature. 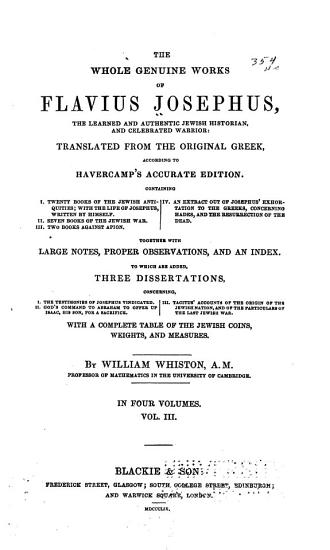 Book Description: Paint yourself into the picture of First Century Palestine. You haven't completed your biblical understanding until you've traveled back to the lands where it all took place. Now you can hear the sounds and see the sights, meet the people who were there when it happened. This comprehensive account from the legendary Jewish historian takes you right into the action, setting up the historical relevance of first-century events, taking you all the way from Creation to Roman occupation. In the process, Josephus provides substantial first-hand corroboration of the biblical record. Most importantly, you'll meet the historical Jesus in Josephus' writings, as well as John the Baptist and other familiar faces. You'll be able to understand the background of the New Testament like never before.