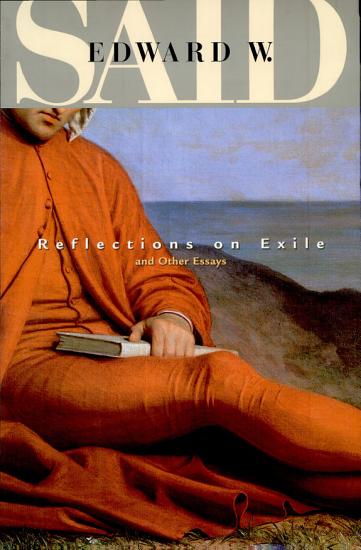 Book Description: With their powerful blend of political and aesthetic concerns, Edward W. Said's writings have transformed the field of literary studies. This long-awaited collection of literary and cultural essays offers evidence of how much the fully engaged critical mind can contribute to the reservoir of value, thought, and action essential to our lives and culture. 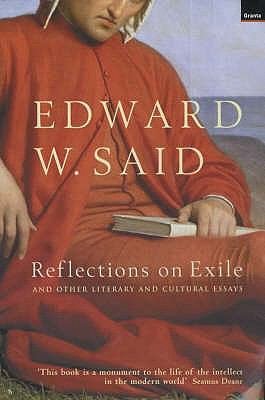 Book Description: This long awaited collection brings together Edward Said's essays on literary and cultural topics from over three decades. Together these essays give a rare insight into the formation of a critic and the development of an intellectual vocation. 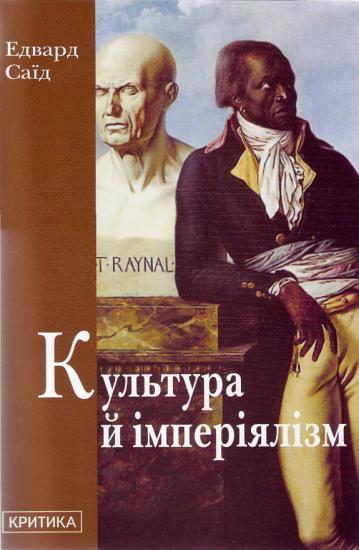 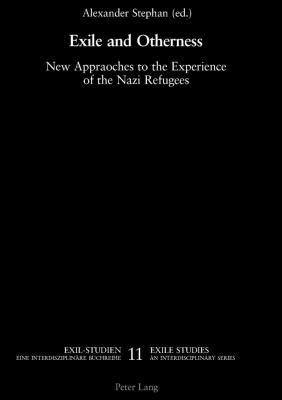 Book Description: In recent years Culture Studies, Anthropology, German Studies, History, Political Psychology, and other fields have used the concept of 'exile' in close connection with terms like migration, border crossing, identity, and transnationality. Views of a homogeneous culture and of centricity collide with ideas like multiculturalism, pluralism, creolization, and the globalization of differences. A transit-culture, inhabited by the flaneur and the nomad, is supposed to have replaced citizenship in a nation. At the same time, there can be no doubt that the experience of those writers, artists and intellectuals who were driven out of Germany and Europe by the Nazis was in many ways unique. This book investigates the exile experience in a theoretical and comparative way by exploring the possibilities and limitations of concepts like diaspora, de-localization, and transit-culture for understanding the lives and works of German and Austrian refugees from Nazi persecution. It revisits the interaction of the exiles with the culture of their host countries in light of recent debates about migration and identity studies and it analyzes texts, paintings and other methods of artistic expression which connect the experience of the refugees of 1933 with postmodern notions of de-localization, hybridity, and marginalization. 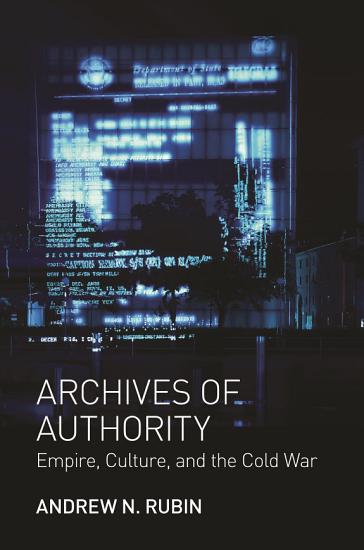 Book Description: Combining literary, cultural, and political history, and based on extensive archival research, including previously unseen FBI and CIA documents, Archives of Authority argues that cultural politics--specifically America's often covert patronage of the arts--played a highly important role in the transfer of imperial authority from Britain to the United States during a critical period after World War II. Andrew Rubin argues that this transfer reshaped the postwar literary space and he shows how, during this time, new and efficient modes of cultural transmission, replication, and travel--such as radio and rapidly and globally circulated journals--completely transformed the position occupied by the postwar writer and the role of world literature. Rubin demonstrates that the nearly instantaneous translation of texts by George Orwell, Thomas Mann, W. H. Auden, Richard Wright, Mary McCarthy, and Albert Camus, among others, into interrelated journals that were sponsored by organizations such as the CIA's Congress for Cultural Freedom and circulated around the world effectively reshaped writers, critics, and intellectuals into easily recognizable, transnational figures. Their work formed a new canon of world literature that was celebrated in the United States and supposedly represented the best of contemporary thought, while less politically attractive authors were ignored or even demonized. This championing and demonizing of writers occurred in the name of anti-Communism--the new, transatlantic "civilizing mission" through which postwar cultural and literary authority emerged. 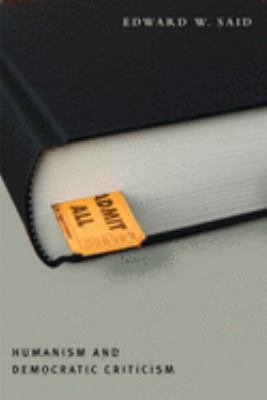 Book Description: The final collection of writings by the late intellectual and author of Culture and Imperialism emphasizes the importance of humanism in today's complex, dangerous, and high-tech world, explaining why humanistic values and democratic principles are essential in an era of heightened animosity, aggression, and violence. 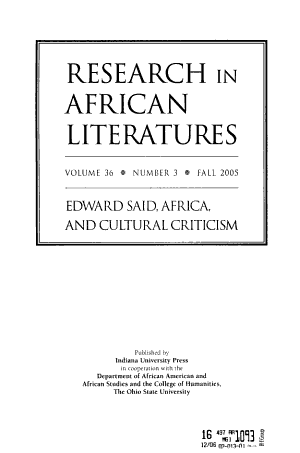 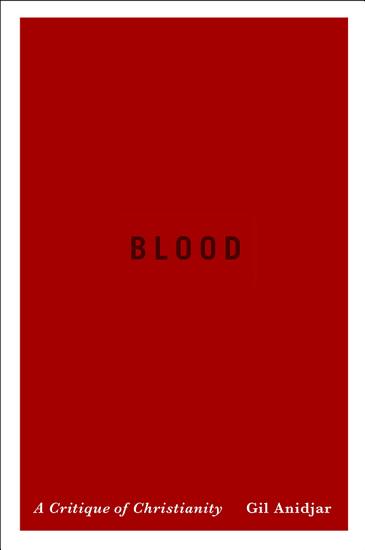 Book Description: Blood, according to Gil Anidjar, maps the singular history of Christianity. As a category for historical analysis, blood can be seen through its literal and metaphorical uses as determining, sometimes even defining Western culture, politics, and social practices and their wide-ranging incarnations in nationalism, capitalism, and law. Engaging with a variety of sources, Anidjar explores the presence and the absence, the making and unmaking of blood in philosophy and medicine, law and literature, and economic and political thought from ancient Greece to medieval Spain, from the Bible to Shakespeare and Melville. The prevalence of blood in the social, juridical, and political organization of the modern West signals that we do not live in a secular age into which religion could return. Flowing across multiple boundaries, infusing them with violent precepts that we must address, blood undoes the presumed oppositions between religion and politics, economy and theology, and kinship and race. It demonstrates that what we think of as modern is in fact imbued with Christianity. Christianity, Blood fiercely argues, must be reconsidered beyond the boundaries of religion alone. 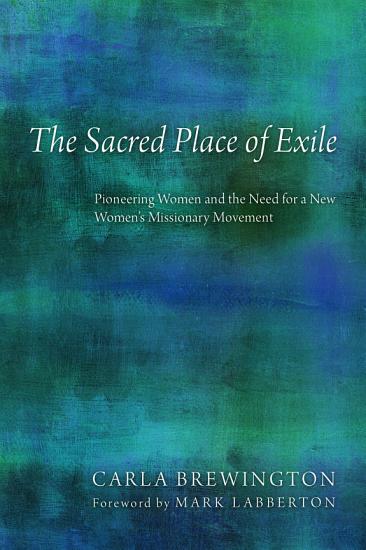 Book Description: The person of exile may be considered a wanderer, a nomad, a refugee, or a rebel. People of exile can be the marginalized, the disenfranchised, the outcast, the left out, and the pushed away. Different terms are used, but what defines them all is separation. Exile is a dangerous and dominant theme that runs through Scripture, through the lives of the people of Israel, and through the universal church. Women who have known the sacred place of exile are uniquely qualified to form a women's mission. The case is made for a momentum shift in missiological thinking. There is a desperate and aching need for a women's mission, which could lead the way to a women's missionary movement. The emergence of such a mission/movement is indeed fraught with skepticism and suspicion from many of those inside the church and leaders in the missionary world. But the radical, disruptive, costly following of Jesus to those "outside the camp" is our calling. 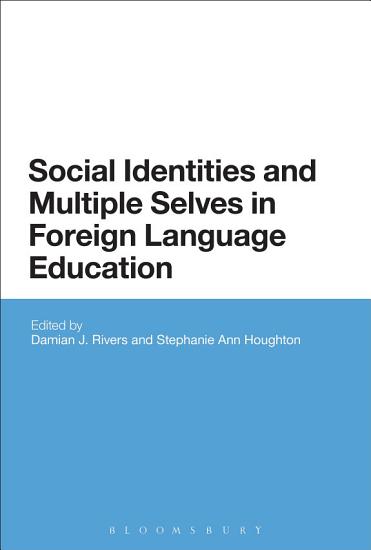 Book Description: Within foreign language education contexts across the globe, inadequate attention has been paid to documenting the dynamics of identity development, negotiation and management. This book looks at these dynamics in specific relation to otherness, in addition to attitudinal and behavioural overtones created through use of the term 'foreign' (despite its position as an integral marker in language acquisition discourse). This book argues that individual identities are multidimensional constructs that gravitate around a hub of intricate social networks of multimodal intergroup interaction. The chapters pursue a collective desire to move the notion of identity away from theoretical abstraction and toward the lived experiences of foreign language teachers and students. While the identities entangled with these interactions owe a significant measure of their existence to the immediate social context, they can also be actively developed by their holders. The collection of chapters within this book demonstrate how foreign language education environments (traditional and non-traditional) are ideal locations for the development of a sophisticated repertoire of discursive strategies used in the formulation, navigation, expression and management of social identities and multiple selves.