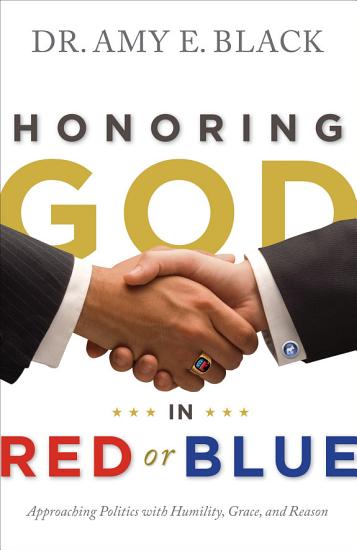 Book Description: Politics isn’t a four-letter word. Everyone’s been at that dinner party. The conversation takes a political turn. The arguments start, the atmosphere grows tense, and all that remains is a hopeless stalemate and an awkward silence. Makes you wonder . . . is thoughtful and productive dialogue about politics even possible? In Honoring God in the Red or Blue, Dr. Amy Black addresses the debaters as well as those intimidated or annoyed by the debaters; political junkies and the contented uninvolved. She explains the purposes and limitations of our system and helps readers create realistic expectations for government. While God’s truth is perfect, human application of it is not, a reality that shouldn’t deter us from engaging in debate and staying informed. Rather, it should challenge us to raise our standards for how we speak about the issues—and those in office. It’s time to approach political divides with an extra measure of grace. Success begins with seeking God’s honor first and foremost, regardless of where we fall on the political spectrum. Don’t limit yourself to chatting about the weather. 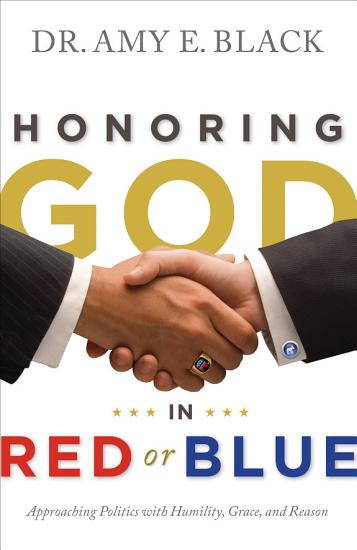 Book Description: Enjoy these SAMPLE pages from Honoring God in Red or Blue- As our nation approaches a decision of another presidential election, they're also faced with the great challenge of discussing political issues with grace, truth, and love. Many believers fall into one of two traps: becoming so outspoken that their political fervor becomes a detriment to their Christian testimony or fearing controversy to the point of silence on important issues of faith and community. Dr. Black brings a sensibility and urgency to the issue with this nonpartisan guidebook for debating key issues with respect and conviction. For anyone frustrated until they're red in the eyes or blue in the face--or those who bite their tongues or withdraw completely from the discussion, this book is a critical manifesto to improving both our government and our sense of civility in the discourse. 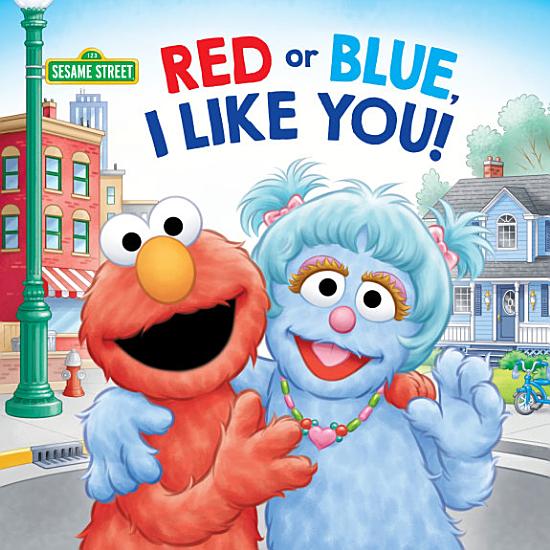 Book Description: A sweet story about diversity and acceptance, starring Sesame Street's Elmo! In this wonderful book about acceptance and diversity, Elmo becomes friends with a blue monster named Angela. Unlike on Sesame Street where monsters of all colors live, Angela's neighborhood only has blue monsters. The new friends soon learn that red monsters and blue monsters may look different on the outside, but they are very much alike on the inside! The subtle messages within the story will help young children to be more accepting and inclusive when it comes to people who look and/or think differently than they do. Sesame Workshop, the nonprofit educational organization behind Sesame Street, aims to help kids grow smarter, stronger, and kinder through its many unique domestic and international initiatives. These projects cover a wide array of topics for families around the world. 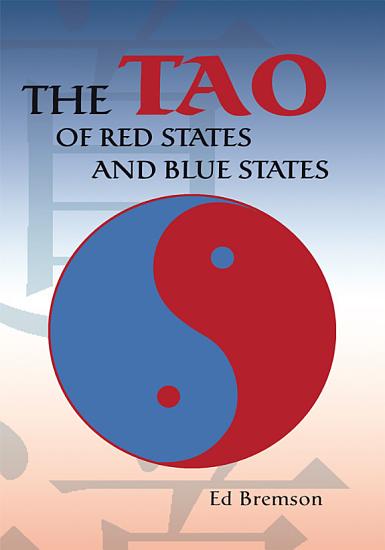 Book Description: The American political maps of the 2000 and 2004 Presidential elections were colored Red and Blue. We've all seen them on the news and in print. We've heard them discussed at length. They've become something of a media icon. Of course like any icon they are open to interpretation. And so one might ask, what are we to think about the Red States and Blue States? Many traditional pundits have weighed in on this question, and they've told us what they think. That is good up to a point, but what about other interpretations? Ed Bremson addresses this question in The Tao of Red States and Blue States. He looks at the Red State and Blue State phenomenon through the lens of Chinese philosophy. He arrives at answers (and questions) that stimulate our thinking and enlighten our understanding. 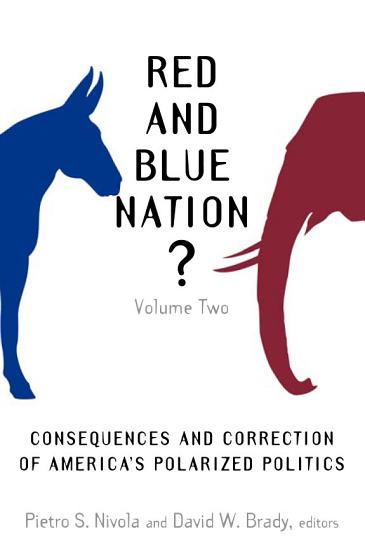 Book Description: America's polarized politics are largely disconnected from mainstream public preferences. This disconnect poses fundamental dangers for the representativeness and accountability of government, as well as the already withering public trust in it. As the 2008 presidential race kicks into gear, the political climate certainly will not become less polarized. With important issues to address—including immigration policy, health care, and the funding of the Iraq war—it is critical that essential policies not be hostage to partisan political battles. Building upon the findings of the first volume of Red and Blue Nation? (Brookings, 2006), which explored the extent of political polarization and its potential causes, this new volume delves into the consequences of the gulf between "red states" and "blue states." The authors examine the impact of these political divisions on voter behavior, Congressional law-making, judicial selection, and foreign policy formation. They shed light on hotly debated institutional reform proposals—including changes to the electoral system and the congressional rules of engagement—and ultimately present research-supported policies and reforms for alleviating the underlying causes of political polarization. While most discussion of polarization takes place in separate spheres of journalism and academia, Red and Blue Nation? brings together a unique set of voices with a wide variety of perspectives to enrich our understanding of the issue. Written in a broad, accessible style, it is a resource for anyone interested in the future of electoral politics in America. Contributors include Marc Hetherington and John G. Geer (Vanderbilt University), Deborah Jordan Brooks (Dartmouth College), Martin P. Wattenberg (University of California, Irvine), Barbara Sinclair and Joel D. Aberbach (UCLA), Christopher H. Foreman (University of Maryland), Keith Krehbiel (Stanford University), Sarah A. Binder, Benjamin Wittes, Jonathan Rauch, and William A. Galston (Brookings), Martin Shapiro (University of California–Berkeley), Peter Beinart (Council on Foreign Relations), James Q. Wilson (Pepperdine University), John Ferejohn and Larry Diamond (Hoover Institution), Laurel Harbridge (Stanford University), Andrea L. Campbell (MIT), and Eric M. Patashnik (University of Virginia). 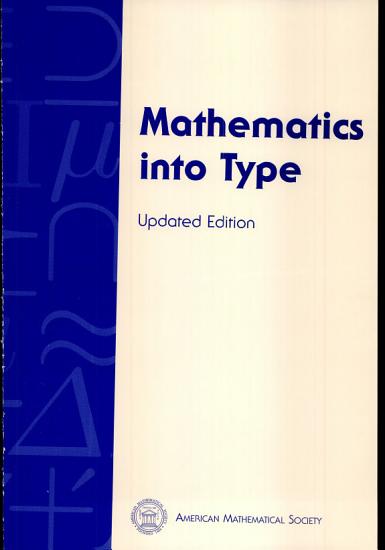 Book Description: This edition, updated by Arlene O'Sean and Antoinette Schleyer of the American Mathematical Society, brings Ms. Swanson's work up to date, reflecting the more technical reality of publishing today. While it includes information for copy editors, proofreaders, and production staff to do a thorough, traditional copyediting and proofreading of a manuscript and proof copy, it is increasingly more useful to authors, who have become intricately involved with the typesetting of their manuscripts.

Book Description: This is great as a journal or notebook perfect for all fans, It can be used as a journal, notebook or just a composition book Get Your Copy Today! FEATURES: 6" x 9" letter size Premium Matte Soft Cover Perfect Paperback Binding 100 college-ruled lined pages Great size to carry everywhere in your bag, to work, school and random road trips! 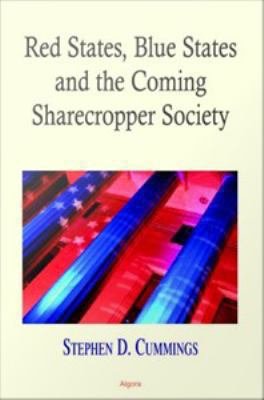 Book Description: Countering the conservative Red State culture and its result, a quasi-vassal state indebted to foreign interests, the author analyzes Democratic Party politics and lays out a theoretical justification and historic, economic and social framework for advancing a new set of liberal-progressive ideas. Analyzing Red and Blue regions and the links with economic history, he shows how the Democrats can become the majority party again. 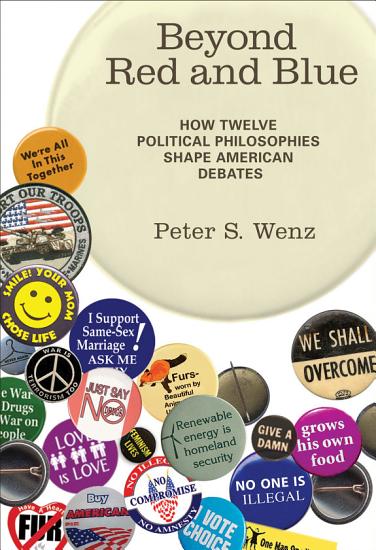 Book Description: Why Americans do not divide neatly into red and blue or right and left but form coalitions across party lines on hot-button issues ranging from immigration to same-sex marriage. On any given night cable TV news will tell us how polarized American politics is: Republicans are from Mars, Democrats are from Canada. But in fact, writes Peter Wenz in Beyond Red and Blue, Americans do not divide neatly into two ideological camps of red/blue, Republican/Democrat, right/left. In real life, as Wenz shows, different ideologies can converge on certain issues; people from the right and left can support the same policy for different reasons. Thus, for example, libertarian-leaning Republicans can oppose the Patriot Act's encroachment on personal freedom and social conservatives can support gay marriage on the grounds that it strengthens the institution of marriage. Wenz maps out twelve political philosophies—ranging from theocracy and free-market conservatism to feminism and cosmopolitanism—on which Americans draw when taking political positions. He then turns his focus to some of America's most controversial issues and shows how ideologically diverse coalitions can emerge on such hot-button topics as extending life by artificial means, the war on drugs, the war on terrorism, affirmative action, abortion, same-sex marriage, health care, immigration, and globalization. Awareness of these twelve political philosophies, Wenz argues, can help activists enlist allies, citizens better understand politics and elections, and all of us define our own political identities. 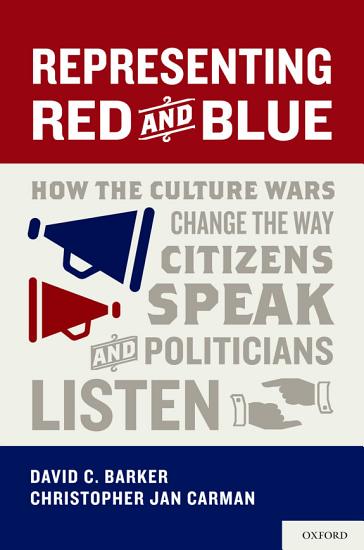 Book Description: In Representing Red and Blue, Barker and Carman observe that culturally traditionalist Republicans tend to demand — and get — less policy responsiveness from their elected representatives than do culturally progressive Democrats. Cultural traditionalists prefer "leaders who lead," while cultural progressives prefer "public servants who listen," creating a dynamic that engenders political inequality.