Book Description: Meet the crews who think nothing of using tear gas, meat hooks, home-made bombs, and worse. They come from all corners of the globe: from Brazil, Croatia, Argentina, Italy--and for these football hooligans, their team is their life. In a quest to find the most fanatical soccer hooligans on the planet, author Dominic Utton visited nine countries in three months with Danny Dyer, and the team behind the hit TV series. Shot at, stoned, glassed, and tear-gassed, he survived gunfire in Brazil and a riot in Poland. Full of spine-chilling encounters, extraordinary characters, and brutal clashes, The Real Football Factories shows that soccer hooliganism is alive and kicking all over the world. 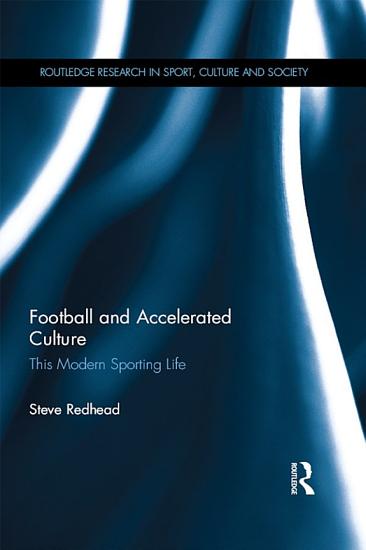 Book Description: In Football and Accelerated Culture, Steve Redhead offers a new and challenging theorisation of global football culture, exploring the relationship between sport and culture in a rapidly shifting world. Incorporating cutting-edge concepts, from accelerated culture and claustropolitanism to non-postmodernity, he reflects on the demise of working class football cultures and the rapid media globalisation of ‘the people’s game’. Drawing on international empirical research and a unique and ground-breaking study of football hooligan memoirs, the book delves into a wide array of disciplines, examining fascinating topics such as the relationship between music and football; hooligans and ultras; the rise of social media and anti-modern football movements; and ultra-realist criminology. Football and Accelerated Culture offers a new way of thinking about sporting cultures that expands the boundaries of physical cultural studies. As such, it is important reading for anybody with an interest in the culture of sport and leisure, social theory, communication studies, criminology or socio-legal studies. 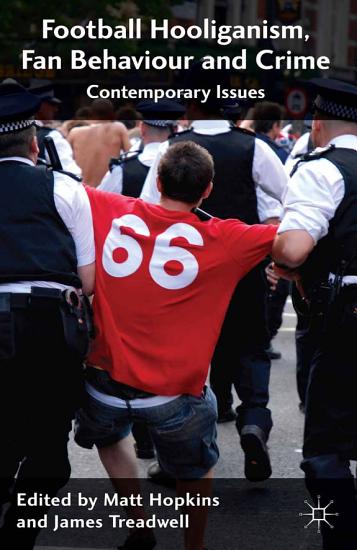 Book Description: Focusing on a number of contemporary research themes and placing them within the context of palpable changes that have occurred within football in recent years, this timely collection brings together essays about football, crime and fan behaviour from leading experts in the fields of criminology, law, sociology, psychology and cultural studies. 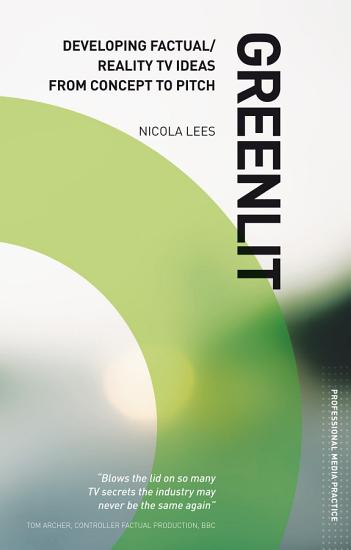 Book Description: How to develop, research, pitch and sell your idea for any type of factual or reality television show.

Book Description: Born in East London, Danny Dyer began his career early on when at the age of just 14 he was discovered at his local Sunday school by an agent who auditioned him for Prime Suspect. Danny won the part and later went on to work on such TV series as A Touch of Frost, Loved Up, and Soldier Soldier. It wasn't long before he moved into film with 2007 seeing the release of several high profile movies: The All Together, Severance, Straightheads, and Outlaw. A passionate football player and lifelong fan, Danny has never shirked from the game's darker side. He presented the hit documentary series exposing the hardest fans in football with The Real Football Factories and The Real Football Factories International. Danny fearlessly traveled throughout the world in search of those supporters whose exploits are often more terrifying than the most brutal movie. But even with all his amazing success, Danny has never forgotten his roots—he still lives in London's East End with his family and friends. And in 2007 he leapt at the chance of becoming the chairman of Kent League's Greenwich Borough football team in south-east London. Martin Howden's The Real Deal is an insightful, in-depth, and honest account of one of Britain's most gifted and most uncompromising talents.

Book Description: Please note that the content of this book primarily consists of articles available from Wikipedia or other free sources online. Pages: 29. Chapters: Phoenix from the Flames, Football's Next Star, Hurricanes, Fantasy Football League, The Real Football Factories International, FC Zulu, Apr?'s Match, Mike Bassett: Manager, Football Superstar, Botineras, Whistle!, Renford Rejects, Son Amores, Just for Kicks, The World Game, Jossy's Giants, David Beckham's Soccer USA, Football Focus, Premier Passions, FIFA Futbol Mundial, World Cup Live, Fox Football Fone-in, On The Ball, Hero to Zero, World Football News, PressPass, Fox Soccer Report, Football Icon, Soccer Academy, Soccer Dreams, Soccer Made in Germany. Excerpt: Phoenix from the Flames was a regular feature on the BBC/ITV show Fantasy Football League, which involved presenters David Baddiel and Frank Skinner recreating a famous moment from footballing history with one of the people involved at the time. Up the last episode of the programme, on July 3, 2004, the number of recreations had reached 84. The Loveday-King sketch (No. 68) of Fantasy World Cup was broadcast in the final programme of that series. When Fantasy Euro 2004 started, the first sketch involving David Seaman had the caption "72" on it, and all following sketches went on from that. It's unclear whether more sketches were broadcast in the years before, or if the makers of the programme simply got their figures wrong. The following have all been the subject of Phoenixes but the numbers in what they appeared are not known by this author. A sketch in this made-for-video special involved a NASA astronaut entering David and Frank's flat asking for fourteen Phoenix's to make up part of a football time capsule to shoot into space to educate extraterrestrial life forms of the game. After finding only thirteen (numbers 1, 5, 9, 2, 14, 21, 3, 10, 6, 19, 11, 15 and 20, in that order) the astronaut revealed himself to be Dave Beasant - they then went on to recreate... 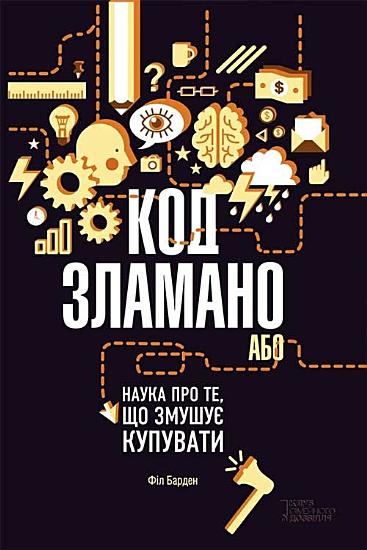 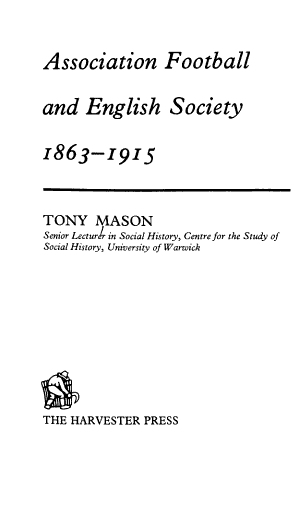 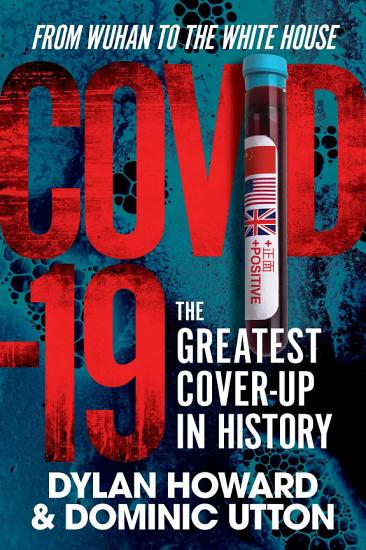 Book Description: In the final days of 2019, a new and deadly virus was quietly spreading through the city of Wuhan, China. Within six months it would kill half a million people worldwide, infect a further 10 million, and change the way all of us live, work and play forever. Now, for the first time, the real story of the greatest global crisis of the age can be told. Reporters Dylan Howard and Dominic Utton, collaborating from New York and London—infection hotspots in what would become two of the worst-hit nations on Earth—have together mapped the rise, spread and impact of the virus . . . and uncovered some explosive revelations. COVID-19: The Greatest Cover-Up in History—From Wuhan to the White House delivers the unfettered truth about what is undoubtedly the biggest political scandal of our time. It shows in unprecedented detail how governments in China, the UK, and the US not only failed to protect their citizens from the threat of the disease, but actively conspired to put their own political and economic ideologies above the lives of ordinary people. From early attempts by Beijing to silence any reports of the new virus to the inability of the WHO to act decisively; from warnings received and ignored by President Trump to decisions taken by the UK government that directly led to the loss of tens of thousands of lives; from whispers of military experiments to outlandish 5G conspiracy theories, Howard and Utton separate fact from fiction, science from hysteria, and expose a trail of dead bodies, wilful mismanagement, incompetence, arrogance, deliberate cover-ups, and outrageous lies that raise serious questions about who is really responsible for the hundreds of thousands killed by COVID-19. Through vigorous investigations, dedicated reporting, and exclusive first-person sourcing, COVID-19 unearths a more complex understanding of the rise, spread, and consequences of the first six months of the pandemic than has yet been seen, and exposes shocking revelations about the roles and motivations of the American and British governments in the crisis. The true story of COVID-19 is not just that of a silent killer that suddenly invaded the world . . . it’s the scandal of a global tragedy that could have—and should have—been prevented. The real number of deaths and infections from the virus will never be known. The figures have not only been underreported in China, but by supposedly transparent governments in the West for reasons less connected with public safety and more to do with their own mendacity, incompetence, and corruption. Written with the urgency and tension of a thriller novel but grounded in rigorously factual reporting, COVID-19 is the essential read on the most horrifying scandal of our age. 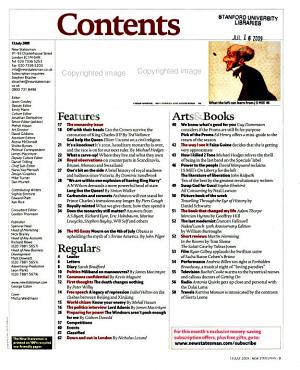