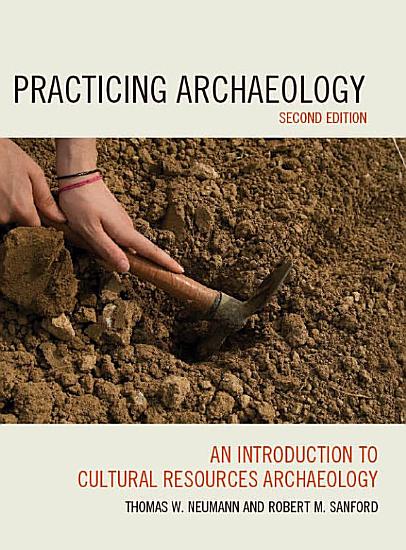 Book Description: This comprehensive reference book addresses the questions and problems of cultural resource archaeology for graduate students and practicing archaeological field workers. Neumann and Sanford use their decades of field experience to discuss in great detail the complex processes involved in conducting a CRM project. Dealing with everything from law to logistics, archival research to zoological analysis, project proposals to report production, they provide an invaluable sourcebook for archaeologists who do contract work in the United States. After introducing the legal and ethical aspects of cultural resources management, the authors describe the processes of designing a proposal and contracting for work, doing background research, conducting assessment, testing, mitigation work (Phase I, II, and III), laboratory analysis, and preparing reports for project sponsors. The volume's emphasis on practical problems, use of extensive examples, and detailed advice on a host of subjects make it an ideal training manual and reference tool for archaeologists and field schools. 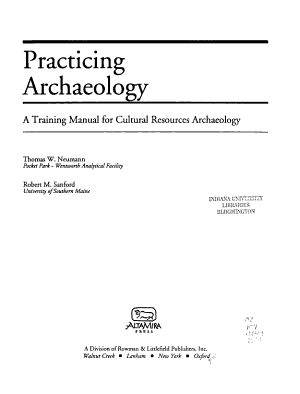 Book Description: Practicing cultural resource (CRM) archaeologists bemoan the lack of knowledge, skill, and training of most archaeological field workers. This comprehensive training manual is designed to solve that problem. Neumann and Sanford use their decades of field experience to discuss in great detail the complex processes involved in conducting a CRM project. Dealing with everything from law to logistics, archival research to zoological analysis, project proposals to report production, they provide an invaluable sourcebook to archaeologists who do contract work in North America. After an introduction to the legal and ethical aspects of cultural resources management, the authors describe the process of designing a proposal and contracting for work, doing background research, conducting assessment, testing, and mitigation (Phase I, II, and III) work, laboratory analysis, and preparing a report for the project sponsor. Throughout, the emphasis on real-world problems and issues, the use of extensive examples, and the detailed advice on a host of subjects, make this an ideal teaching tool for novice archaeologists and field schools and a handy refe 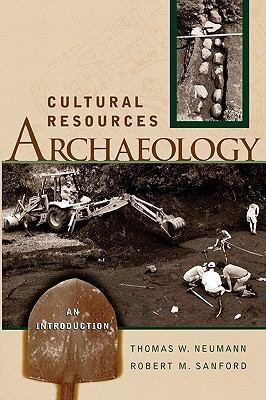 Book Description: Cultural resources (CRM) archaeology is where graduating archaeology students get their jobs and where most field work and funding is now found. Yet, to date, there has not been a basic textbook introducing students to the proper practices of cultural resources archaeology ... until now. Neumann and Sanford use their decades of teaching and field experience to walk students through the process of conducting a CRM project. After an introduction to the legal and ethical aspects of cultural resources management, the authors describe the process of designing a project, of conducting assessment, testing, and mitigation (Phase I, II, and III) work, and preparing a report for the project sponsor. Throughout, the emphasis on real-world problems and issues, the use of extensive examples, and the practical advice given to the student on everything from law to logistics, make this an ideal teaching tool for archaeology students who wish to become practicing archaeologists. The accompanying training manual by the same authors, Practicing Archaeology, discusses each of these topics in greater depth for professional archaeologists. 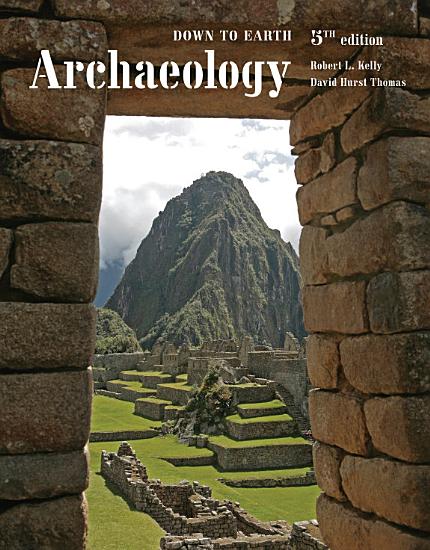 Book Description: This new brief edition pairs two of archaeology's most recognized names -- David Hurst Thomas of the American Museum of Natural History and Robert L. Kelly of the University of Wyoming. Their well-chosen examples show how archaeologists have worked through actual problems in the field and in the lab. After using this book, readers will be better able to ask questions, solve problems, and discern truth from fiction. They will learn about the nature of archaeological data and how archaeologists do such things as archaeological survey and excavation. They also will develop their sense of scientific logic and gain a better understanding of career opportunities available to archaeologists. This edition's enhanced full-color design improves the visual presentation and enables users to more clearly see the key points of an image. A rich array of supplemental resources includes a new companion website, as well as the option to use the Doing Fieldwork: Archaeological Demonstrations CD-ROM, Version 2.0, also developed by the authors. Available with InfoTrac Student Collections http://gocengage.com/infotrac. Important Notice: Media content referenced within the product description or the product text may not be available in the ebook version. 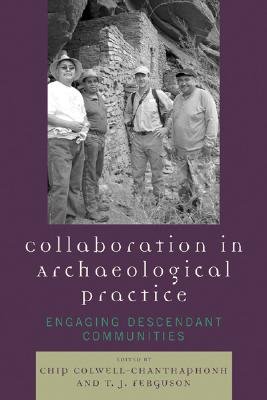 Book Description: Willis Gidney is a born liar and rip-off artist, an expert at the scam. Growing up without parents or a home, by age twelve he is a successful young man, running his own small empire, until he meets Shadrack Davies. That’s Captain Shadrack Davies, of the D.C. Police. Davies wants to reform Gidney and becomes his foster father. Though he tries not to, Gidney learns a small amount of ethics from Shad---just enough to bother a kid from the streets for the rest of his life. Now Gidney is a PI, walking those same streets. So it's no surprise that when his closest friend, jazz saxophonist Steps Jackson, asks Gidney to find his missing daughter, Gidney is compelled to say yes---even though she's been missing for twenty-five years. He finds a woman who may be the girl’s mother--and within hours she turns up dead. The police accuse Gidney of the murder and throw him in jail. Maybe Gidney should quit while he’s behind. But when his investigation puts him up against a ruthless multinational corporation, a two-faced congressman, and a young woman desperate to conceal her past, Gidney has no time left for second thoughts. In fact, he may have no time left at all. Thomas Kaufman is a winner of the PWA Best First Private Eye Novel Competition. His debut novel, Drink the Tea, which boasts an original PI and an engaging cast of characters, adds a fresh perspective to the genre. 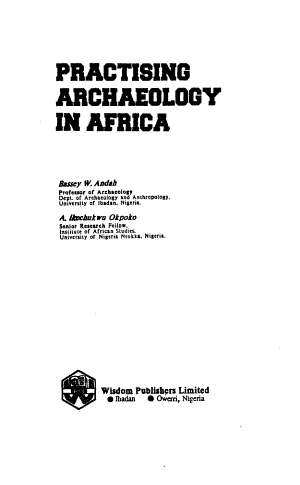 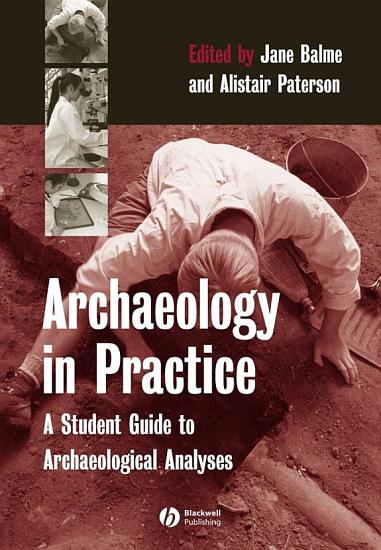 Book Description: Archaeology in Practice: A Student Guide to ArchaeologicalAnalyses offers students in archaeology laboratory courses adetailed and invaluable how-to manual of archaeological methods andprovides insight into the breadth of modern archaeology. Written by specialists of material analyses, whose expertiserepresents a broad geographic range Includes numerous examples of applications of archaeologicaltechniques Organized by material types, such as animal bones, ceramics,stone artifacts, and documentary sources, or by themes, such asdating, ethics, and report writing Written accessibly and amply referenced to provide readers witha guide to further resources on techniques and theirapplications Enlivened by a range of boxed case studies throughout the maintext 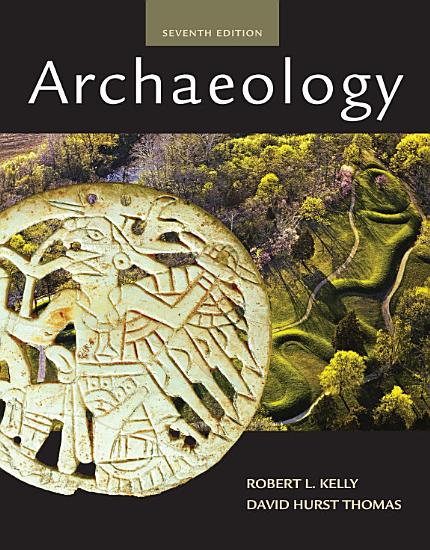 Book Description: The seventh edition of ARCHAEOLOGY reflects the most recent research and changes in the field, while making core concepts easy to understand through an engaging writing style, personalized examples, and high-interest topics. This text pairs two of archaeology's most recognized names, Robert L. Kelly and David Hurst Thomas, who together have over 75 years of experience leading excavations. Important Notice: Media content referenced within the product description or the product text may not be available in the ebook version. 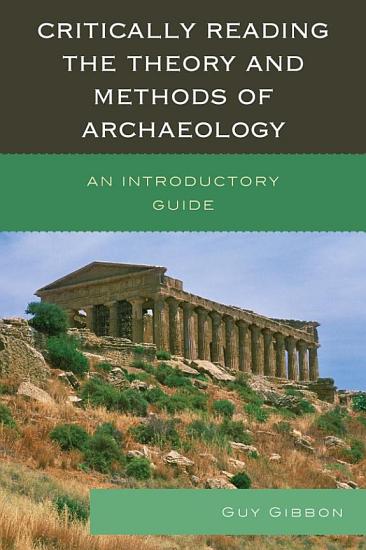 Book Description: Critically Reading the Theory and Methods of Archaeology stands out as the most thorough and practical guide to the essential critical reading and writing skills that all students, instructors, and practitioners should have. It provides priceless insight for the here and now of the Theory and Methods of Archaeology classes and for a lifetime of reading, learning, teaching, and writing. Chapters focus on rigorous reasoning skills, types of argument, the main research orientations in archaeology, the basic procedural framework that underlies all schools of archaeology, and issues in archaeology raised by skeptical postmodernists. 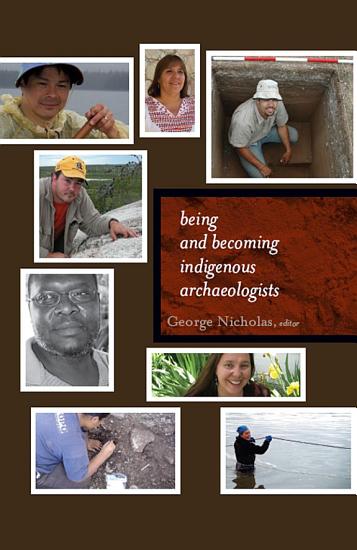 Book Description: What does being an archaeologist mean to Indigenous persons? How and why do some become archaeologists? What has led them down a path to what some in their communities have labeled a colonialist venture? What were are the challenges they have faced, and the motivations that have allowed them to succeed? How have they managed to balance traditional values and worldview with Western modes of inquiry? And how are their contributions broadening the scope of archaeology? Indigenous archaeologists have the often awkward role of trying to serves as spokespeople both for their home community and for the scientific community of archaeologists. This volume tells the stories—in their own words-- of 37 indigenous archaeologists from six continents, how they became archaeologists, and how their dual role affects their relationships with their community and their professional colleagues. Sponsored by the World Archaeological Congress