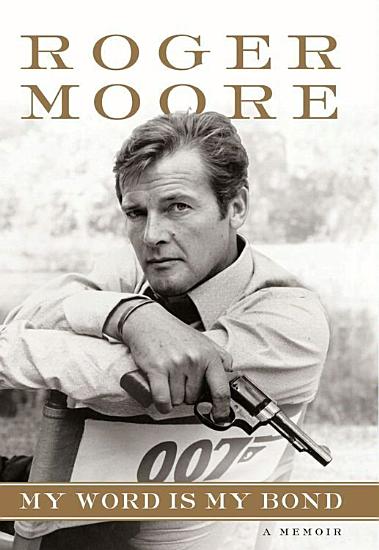 Book Description: One of the most recognizable big-screen stars of the past half-century, Sir Roger Moore played the role of James Bond longer than any other actor. Beginning with the classic Live and Let Die, running through Moonraker and A View to a Kill, Moore brought his finely honed wit and wry charm to one of Hollywood's most beloved and long-lasting characters. Still, James Bond was only one in a lifetime of roles stretching back to Hollywood's studio era, and encompassing stardom in theater and television on both sides of the Atlantic. From The Saint to Maverick, Warner Brothers to MGM, Hollywood to London to extreme locations the world over, Roger Moore's story is one of the last of the classic Hollywood lives as yet untold. Until now. From the dying days of the studio system and the birth of television, to the quips of Noël Coward and David Niven, to the bedroom scenes and outtakes from the Bond movies, Moore has seen and heard it all. Nothing is left out—especially the naughty bits. The "special effects" by which James Bond unzipped a dress with a magnet; the spectacular risks in The Spy Who Loved Me's opening scene; and Moore's preparation for facing down villains (he would imagine they all have halitosis): the stories in My Word is My Bond are priceless. Throughout his career, Moore hobnobbed with the glamorous and powerful, counting Elizabeth Taylor, Jane Seymour, and Cary Grant among his contemporaries and friends. Included are stories of a foul-mouthed Milton Berle, a surly Richard Burton, and a kindhearted Richard Kiel, infamous as Bond enemy Jaws. As much as it is Moore's own exceptional story, My Word is My Bond is a treasure trove of Hollywood history. 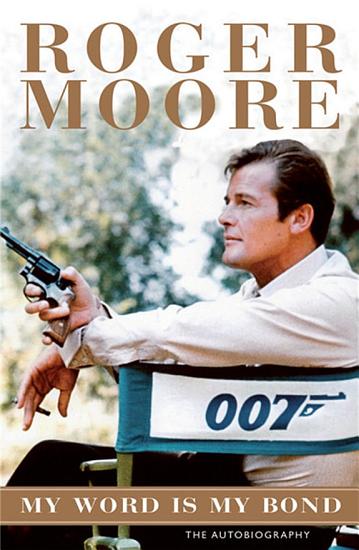 Book Description: The quintessential suave hero, Roger Moore has had an extraordinary career that has spanned seven decades, from early television to the golden age of Hollywood and on to international superstardom. Dashing, handsome and every inch the archetypal English gentleman, he is unforgettable as The Saint, as Lord Brett Sinclair in The Persuaders! and, of course, as James Bond, making seven blockbusting films as arguably the most debonair of the 007s. For the first time, Roger shares his recollections of playing some of the world's most famous roles alongside a host of legendary stars. With myriad stories from his personal life - from his childhood in London and experiences during the Second World War, to the happy and turbulent times in his later life. Along with anecdotes about his encounters with the stars and his wonderful memories from the heyday of Hollywood, My Word is My Bond is as frank, funny and disarmingly charming as the legend himself. 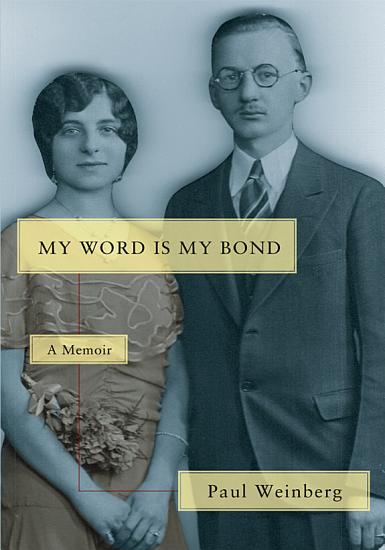 Book Description: "This personal memoir combines the story of a remarkable family, the history of turn-of-the-century Jewish immigrants, Jewish cultural values, and the phenomenon of anti-Semitism." --- Publisher's web site

Book Description: Cody Harris muses about his life through the lens of cowboy philosophy. 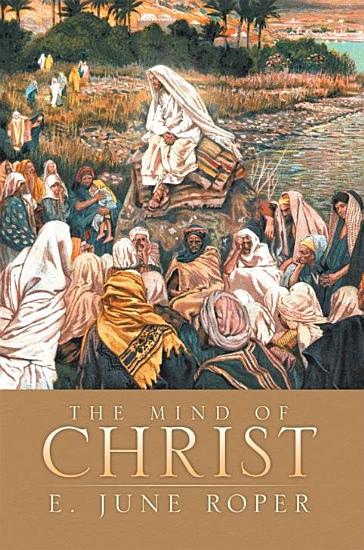 Book Description: 1 Corinthians 2:16. But we have the mind of Christ. Everything we do, everything we say, everything about us should reflect Christ in us. Acquiring the Mind of Christ begins when we accept Him as our personal Saviorwhen we seek to increase our knowledge of Him and when we become doers of His Word. We live in an ungodly world and evil will try with all its might to infiltrate our minds. Laws of the flesh war with laws of the mind! But we have help in Jesus the Christ. Be encouraged as you read this book, that even though we are tempted and tried, we are determined to have the Mind of Christ. 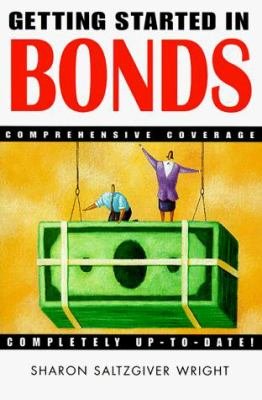 Book Description: Revealing how to make the most of this key component to stock trading, this easy-to-understand introduction to bonds explores everything from thirty-year treasury notes to high yield junk bonds. Original. 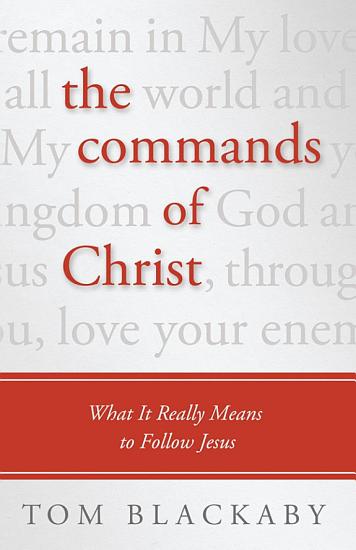 Book Description: Jesus says in John 15:10-11, “If you keep My commands you will remain in My love, just as I have kept My Father’s commands and remain in His love. I have spoken these things to you so that My joy may be in you and your joy may be complete.” The Commands of Christ is an unpacking of that key promise, a simply powerful presentation of the loving imperatives we sometimes know more by rote than by heart: Love your enemies; Don’t store up treasures on earth; Seek first the kingdom of God; Let your light shine before men, etc. Tom Blackaby’s focused writing serves as a plumb line of sorts, guiding us toward a vibrant commitment to the Lordship of Christ that better shapes our lives, how we worship, and how we relate to others. You will begin to know more clearly and experience more fully the freedom that comes through obedient acts of love and service to God. 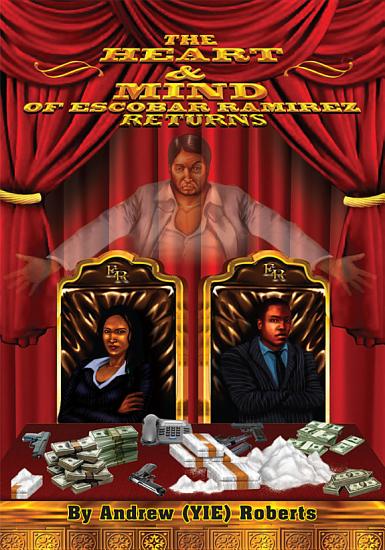 Book Description: Escobar Ramirez is a Colombian Drug Lord who is viciously murdered and found in his water fountain located inside his mansion. When the EMT's and Police arrive, they pull his body out of the water and find he has a very vague heart beat. Must be due to the cocaine his body consumed. They rush him to the Hospital and he's pronounced D.O.A. (dead on arrival) To find his identity, they search his personal property and find an organ donors card. They donate as requested two of his organs to a Organ Donor University. His Heart is given to a Black boy the age of ten. His brain is given to a Black girl who is born brain dead. When these two kids receive their organs, their organs begin taking control over their bodies and starts guiding, molding and training them so they can be able to build an army big, strong and equipped enough for them to seek revenge on the people that killed him. 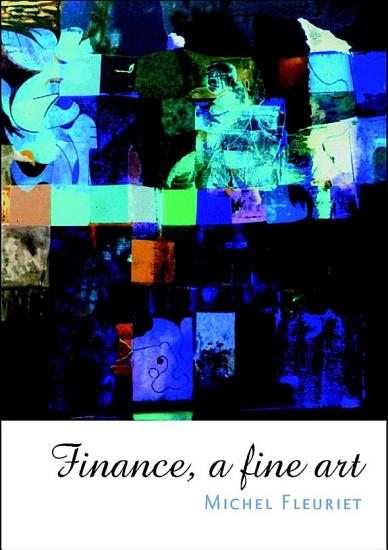 Book Description: The financial markets play a crucial role in contemporary society. They can change the lives of whole communities for better or worse and form an essential part of the overall economy. Yet their intermediaries are frequently criticised for misuse of the power that they wield. In this defence of the markets Michel Fleuriet draws on his many years experience in the field to span history and contemporary culture, addressing the market practitioner's raison d'être, his/her wider role, the skills required and the techniques employed. This is a thought-provoking and informative work for all those working in the financial markets, intending to enter them or with an interest in the wider economy. * Draws on the extensive experience of the author - a highly respected name within financial circles. * A synthesis of the author's life time experience within the financial markets. * A seminal work addressing key questions of the philosophical and conceptual background to the financial market. * A controversial and thought-provoking work that every practitioner should read.