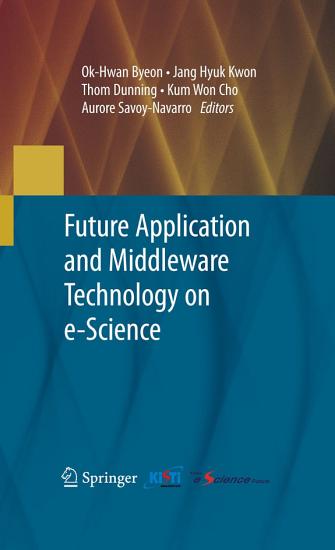 Book Description: Future Application and Middleware Technology on e-Science presents selected papers from the 2008 Korea e-Science All-Hands-Meeting (AHM 2008). Hosted by the Korea Institute of Science and Technology Information, this meeting was designed to bring together developers and users of e-Science applications and enabling information technologies from international and interdisciplinary research communities. The AHM 2008 conference served as a forum for engineers and scientists to present state-of-the-art research and product/tool developments, and to highlight related activities in all fields of e-Science. The works presented in this edited volume bring together cross-disciplinary information on e-Science in one cohesive source. This book is suitable for the professional audience composed of industry researchers and practitioners of e-Science. This volume should also be suitable for advanced-level students in the field. 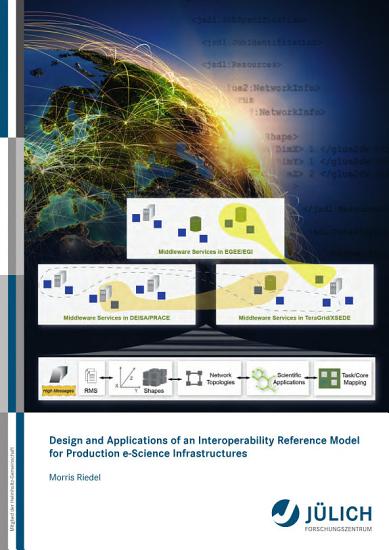 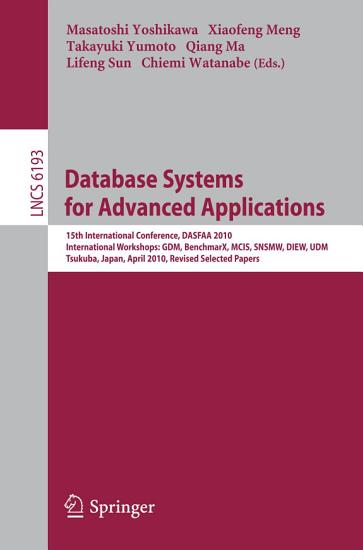 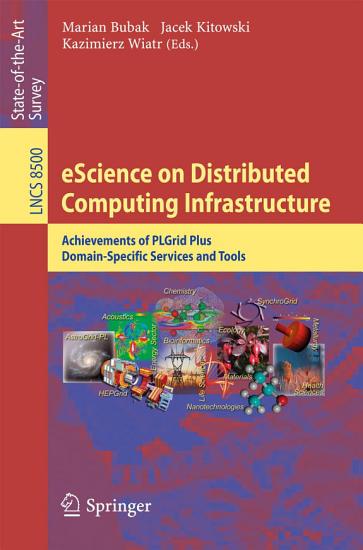 Book Description: To help researchers from different areas of science understand and unlock the potential of the Polish Grid Infrastructure and to define their requirements and expectations, the following 13 pilot communities have been organized and involved in the PLGrid Plus project: Acoustics, AstroGrid-PL, Bioinformatics, Ecology, Energy Sector, Health Sciences, HEPGrid, Life Science, Materials, Metallurgy, Nanotechnologies, Quantum Chemistry and Molecular Physics, and SynchroGrid. The book describes the experience and scientific results achieved by the project partners. Chapters 1 to 8 provide a general overview of research and development activities in the framework of the project with emphasis on services for different scientific areas and an update on the status of the PL-Grid infrastructure, describing new developments in security and middleware. Chapters 9 to 13 discuss new environments and services which may be applied by all scientific communities. Chapters 14 to 36 present how the PLGrid Plus environments, tools and services are used in advanced domain specific computer simulations; these chapters present computational models, new algorithms, and ways in which they are implemented. The book also provides a glossary of terms and concepts. This book may serve as a resource for researchers, developers and system administrators working on efficient exploitation of available e-infrastructures, promoting collaboration and exchange of ideas in the process of constructing a common European e-infrastructure. 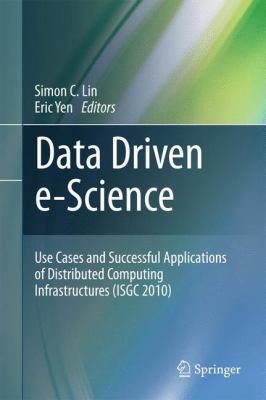 Book Description: ISGC 2010, The International Symposium on Grid Computing was held at Academia Sinica, Taipei, Taiwan, March, 2010. The 2010 symposium brought together prestigious scientists and engineers worldwide to exchange ideas, present challenges/solutions and to discuss new topics in the field of Grid Computing. Data Driven e-Science: Use Cases and Successful Applications of Distributed Computing Infrastructures (ISGC 2010), an edited volume, introduces the latest achievements in grid technology for Biomedicine Life Sciences, Middleware, Security, Networking, Digital Library, Cloud Computing and more. This book provides Grid developers and end users with invaluable information for developing grid technology and applications. The last section of this book presents future development in the field of Grid Computing. This book is designed for a professional audience composed of grid users, developers and researchers working in the field of grid computing. Advanced-level students focused on computer science and engineering will also find this book valuable as a reference or secondary text book. 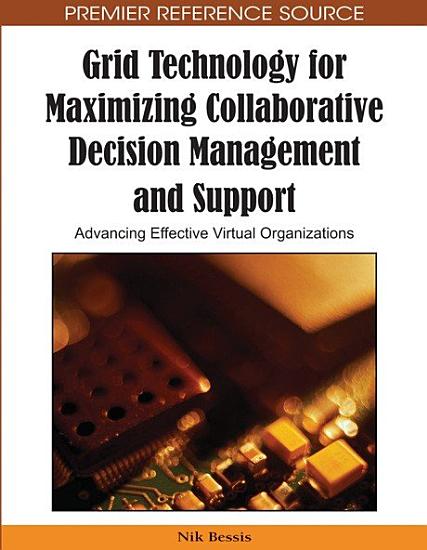 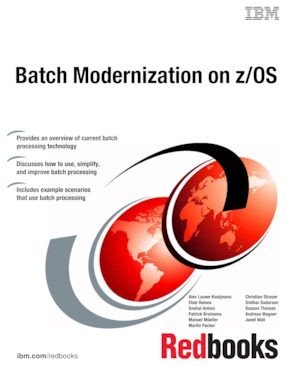 Book Description: Mainframe computers play a central role in the daily operations of many of the world's largest corporations, and batch processing is a fundamental part of the workloads that run on the mainframe. A large portion of the workload on IBM® z/OS® systems is processed in batch mode. Although several IBM Redbooks® publications discuss application modernization on the IBM z/OS platform, this book specifically addresses batch processing in detail. Many different technologies are available in a batch environment on z/OS systems. This book demonstrates these technologies and shows how the z/OS system offers a sophisticated environment for batch. In this practical book, we discuss a variety of themes that are of importance for batch workloads on z/OS systems and offer examples that you can try on your own system. The audience for this book includes IT architects and application developers, with a focus on batch processing on the z/OS platform. 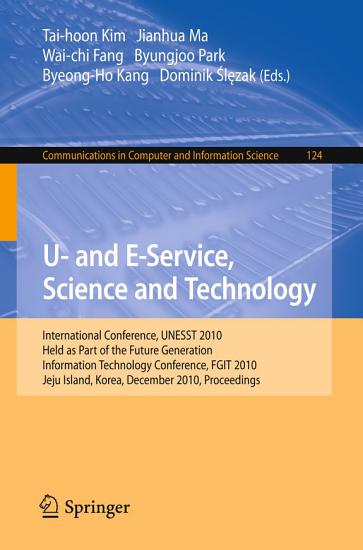 Book Description: Welcome to the proceedings of the 2010 International Conference on u- and e-Service, Science and Technology (UNESST 2010) – one of the partnering events of the Second International Mega-Conference on Future Generation Information Te- nology (FGIT 2010). UNESST brings together researchers from academia and industry as well as prac- tioners to share ideas, problems and solutions relating to the multifaceted aspects of u- and e-services and their applications, with links to computational sciences, mat- matics and information technology. In total, 1,630 papers were submitted to FGIT 2010 from 30 countries, which - cludes 223 papers submitted to UNESST 2010. The submitted papers went through a rigorous reviewing process: 395 of the 1,630 papers were accepted for FGIT 2010, while 50 papers were accepted for UNESST 2010. Of the 50 papers 8 were selected for the special FGIT 2010 volume published by Springer in the LNCS series. 27 papers are published in this volume and 15 papers were withdrawn due to technical reasons. We would like to acknowledge the great effort of the UNESST 2010 International Advisory Board and members of the International Program Committee, as well as all the organizations and individuals who supported the idea of publishing this volume of proceedings, including SERSC and Springer. Also, the success of the conference would not have been possible without the huge support from our sponsors and the work of the Chairs and Organizing Committee. 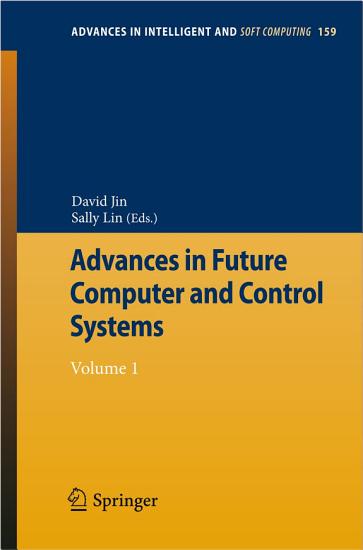 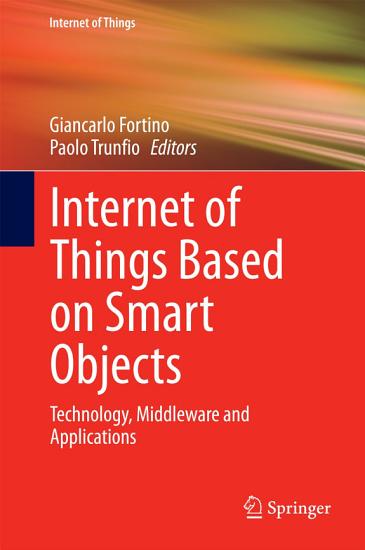 Book Description: The Internet of Things (IoT) usually refers to a world-wide network of interconnected heterogeneous objects (sensors, actuators, smart devices, smart objects, RFID, embedded computers, etc) uniquely addressable, based on standard communication protocols. Beyond such a definition, it is emerging a new definition of IoT seen as a loosely coupled, decentralized system of cooperating smart objects (SOs). A SO is an autonomous, physical digital object augmented with sensing/actuating, processing, storing, and networking capabilities. SOs are able to sense/actuate, store, and interpret information created within themselves and around the neighbouring external world where they are situated, act on their own, cooperate with each other, and exchange information with other kinds of electronic devices and human users. However, such SO-oriented IoT raises many in-the-small and in-the-large issues involving SO programming, IoT system architecture/middleware and methods/methodologies for the development of SO-based applications. This Book will specifically focus on exploring recent advances in architectures, algorithms, and applications for an Internet of Things based on Smart Objects. Topics appropriate for this Book include, but are not necessarily limited to: - Methods for SO development - IoT Networking - Middleware for SOs - Data Management for SOs - Service-oriented SOs - Agent-oriented SOs - Applications of SOs in Smart Environments: Smart Cities, Smart Health, Smart Buildings, etc. Advanced IoT Projects.