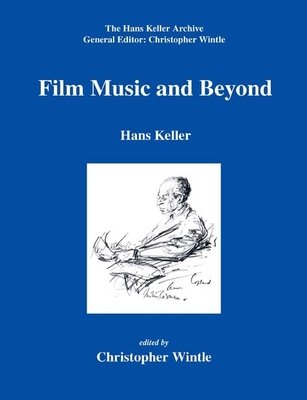 Book Description: A provocative collection of writings on film music by the celebrated critic, Hans Keller (1919-85). 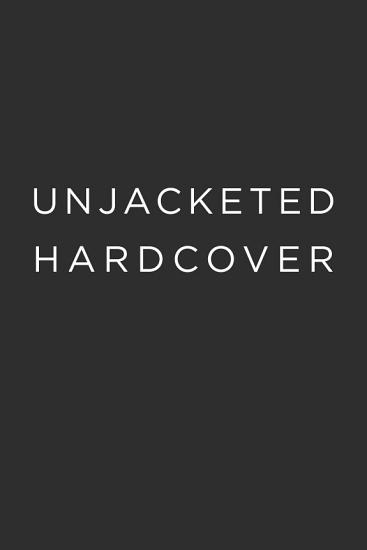 Book Description: "Put briefly, this is a superb collection of essays. They are lucidly and eloquently written, and make their points with wit and clarity. They are full of perceptive, highly stimulating, and occasionally provocative illustrations of how practice connects to theory (and vice versa) without getting bogged down in academic language. The contributors include a combination of exceptionally admired film music scholars, and of musicologists renowned for their keen insights into the cultural contexts of music production and reception. This book is an excellent resource and compelling read."—Derek B. Scott, author of From the Erotic to the Demonic: On Critical Musicology 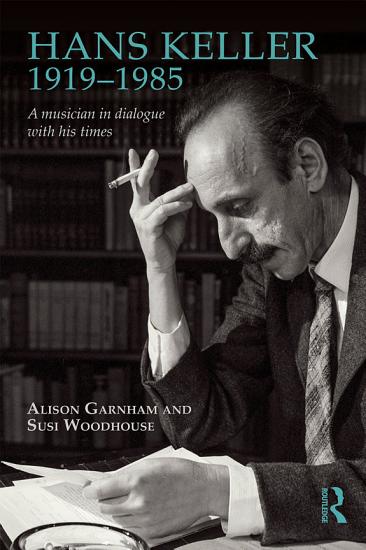 Book Description: Hans Keller 1919–1985: A musician in dialogue with his times is the first full biography of Hans Keller and the first appearance in print of many of his letters. Eight substantial chapters, integrating original documents with their historical context, show the development of Keller’s ideas in response to the people and events that provoked them. A musician of penetrating insight, Keller was also an exceptional writer and broadcaster, whose remarkable mind dominated British musical life for forty years after the Second World War. It was a vital time for music in Britain, fuelled by unprecedented public investment in the arts and education and the rapid development of recording and broadcasting. Keller was at the centre of all that was happening and his far-sighted analysis of the period is deeply resonant today. Illustrated throughout by extracts from Keller’s writings, diaries and correspondence with musicians including Arnold Schoenberg, Benjamin Britten and Yehudi Menuhin, this book vividly conveys the depth of his thought and the excitement of the times. Published for the centenary of Keller’s birth, it is an illuminating celebration of his life and works for all those interested in the music and history of post-war Britain. 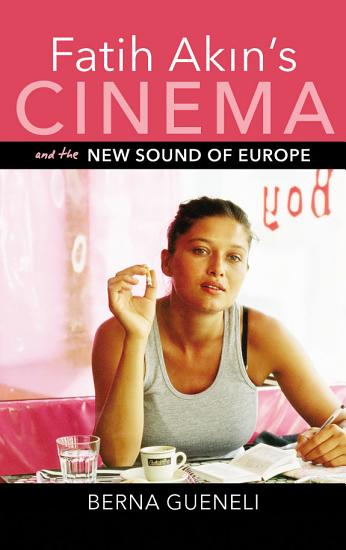 Book Description: In Fatih Akın’s Cinema and the New Sound of Europe, Berna Gueneli explores the transnational works of acclaimed Turkish-German filmmaker and auteur Fatih Akın. The first minority director in Germany to receive numerous national and international awards, Akın makes films that are informed by Europe’s past, provide cinematic imaginations about its present and future, and engage with public discourses on minorities and migration in Europe through his treatment and representation of a diverse, multiethnic, and multilingual European citizenry. Through detailed analyses of some of Akın’s key works—In July, Head-On, and The Edge of Heaven, among others—Gueneli identifies Akın’s unique stylistic use of multivalent sonic and visual components and multinational characters. She argues that the soundscapes of Akın’s films—including music and multiple languages, dialects, and accents—create an “aesthetic of heterogeneity” that envisions an expanded and integrated Europe and highlights the political nature of Akın’s decisions regarding casting, settings, and audio. At a time when belonging and identity in Europe is complicated by questions of race, ethnicity, religion, and citizenship, Gueneli demonstrates how Akın’s aesthetics intersect with politics to reshape notions of Europe, European cinema, and cinematic history. 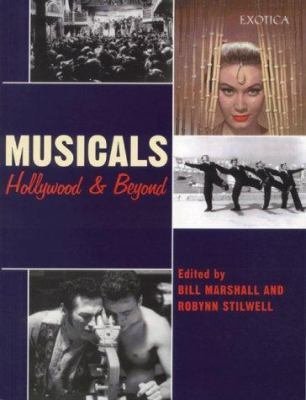 Book Description: The profound influence of the Hollywood musical across geographical and cultural boundaries has long been neglected. This original collection of essays seeks to initiate a new critical debate by approaching classic Hollywood films from perspectives such as 'musicology'. Broadening the scope of previous studies, this volume also examines the manner in which European cinema appropriated the musical to create new meanings. It provides an innovative reading of the influence of the musical on youth culture, and its endorsement in modern dance movies and the music video. The volume covers the themes of: • Music and Structure • Classical Hollywood Musical Cinematic Practice • Star Texts • European Musical Forms • Minority Identities • Youth Cultures This is an entertaining and valuable text for students on degree courses in Film and Music. Thought-provoking and authoritative, it will also be a welcome resource for those researching and teaching in the area.

Book Description: Biographical entries on major popular music songwriters in the first half of the twentieth century. 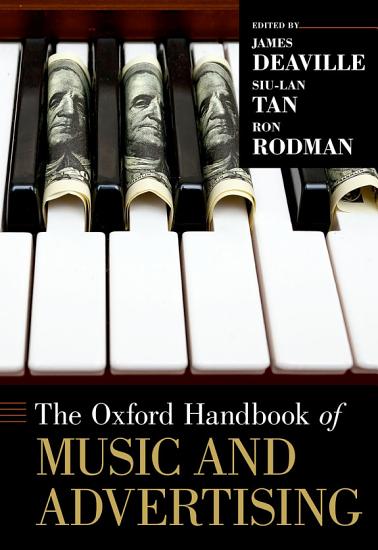 Book Description: The Oxford Handbook of Music and Advertising is an essential guide to the crucial role that music plays in relation to the audio or audiovisual advertising message, from the perspectives of its creation, interpretation, and reception. The book's unique three-part organization reflects this life cycle of an advertisement, from industry inception to mass-mediated text to consumer behaviour. Experts well versed in the practice, analysis, and empirical studies of the commercial message have contributed to the collection's forty-two chapters, which collectively represent the most ambitious and comprehensive attempt to date to address the important intersections of music and advertising. Handbook chapters are self-contained yet share borders with other contributions within a given section and across the major sections of the book, so readers can either study one topic of particular interest or read through to gain an understanding of the broader issues at stake. Within the book's Introduction, each editor has provided an overview of the unifying themes for the section for which they were responsible, with brief summaries of individual contributions at the beginnings of the sections. The lists of recommended readings at the end of chapters are intended to assist readers in finding further literature about the topic. An overview of industry practices by a music insider is provided in the Appendix, giving context for the three parts of the book. 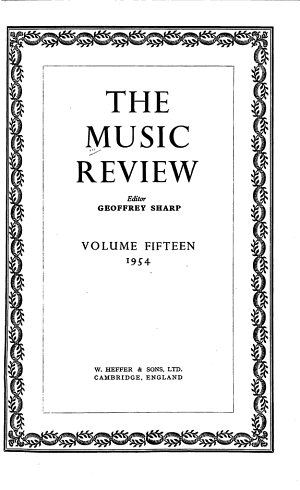 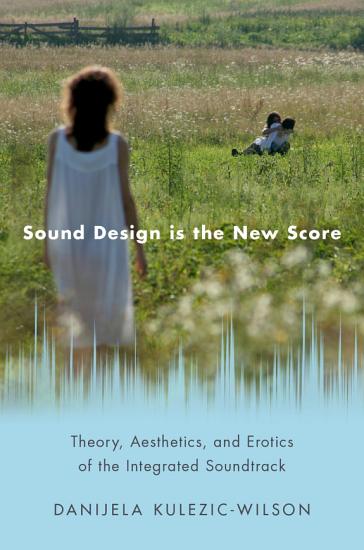 Book Description: The practice of blurring the line between score and sound design has transformed contemporary film soundscape by challenging not only the long-established hierarchical relationships between dialogue, music, and sound effects, but also the modes of perception shaped by classical soundtrack practices. The methods of this new trend rely on the language of contemporary popular and art music, producing soundtracks in which it is difficult to tell the difference between score and ambient sound, where pieces of electroacoustic music are merged with diegetic sound, sound effects are absorbed into the score or treated as music, and diegetic sound is treated as musique concrète. In Sound Design is the New Score, Kulezic-Wilson explores theoretical, aesthetic, and sensuous dimensions of this new trend, providing a multifaceted portrait of a practice which recognizes the interconnectedness of all soundtrack elements and emphasizes their inherent musicality. The aesthetic concerns of this practice are illuminated through the concept of the aesthetics of reticence which rejects classical narrative and scoring conventions and uses integrated soundtrack strategies to create the space for mystery in art and for individuality in the cinematic experience. The book's emphasis on sensuous and musical aspects of this practice, informed by the feminist discourse on the erotics of art, challenges popular notions about sensory cinema, demonstrating that the sensuousness of film form and its soundscapes is more sophisticated than simply being the result of excessive sensory stimulation facilitated by the use of digital technology or the "intensified" aesthetics it inspires. The discussion is supported by a wide range of case studies from American Independent, Asian, Australian, and European cinemas, including films by Shane Carruth, Claire Denis, Hou Hsiao-Hsien, Harmony Korine, David Michôd, Gus Van Sant, and Peter Strickland. 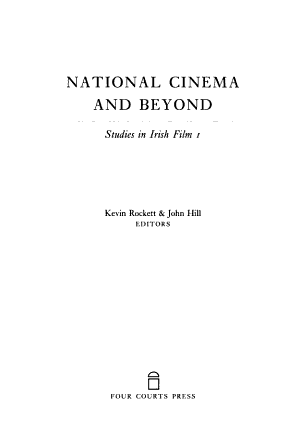 Book Description: This book comprises papers from the inaugural conference of the Irish Postgraduate Film Research Seminar which was held in Trinity College, April 2003. The purpose of the annual seminar is to provide an environment for postgraduate researchers in film to come together to exchange ideas and discuss methodological issues.