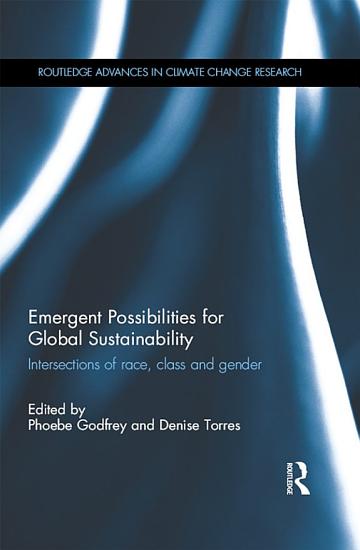 Book Description: It must be acknowledged that any solutions to anthropogenic Global Climate Change (GCC) are interdependent and ultimately inseparable from both its causes and consequences. As a result, limited analyses must be abandoned in favour of intersectional theories and practices. Emergent Possibilities for Global Sustainability is an interdisciplinary collection which addresses global climate change and sustainability by engaging with the issues of race, gender, and class through an intersectional lens. The book challenges readers to foster new theoretical and practical linkages and to think beyond the traditional, and oftentimes reductionist, environmental science frame by examining issues within their turbulent political, cultural and personal landscapes. Through a variety of media and writing styles, this collection is unique in its presentation of a complex and integrated analysis of global climate change and its implications. Its companion book, Systemic Crises of Global Climate Change, addresses the social and ecological urgency surrounding climate change and the need to use intersectionality in both theory and practice. This book is a valuable resource for academics, researchers and both undergraduate and post-graduate students in the areas of Environmental Studies, Climate Change, Gender Studies and International studies as well as those seeking a more intersectional analysis of GCC. 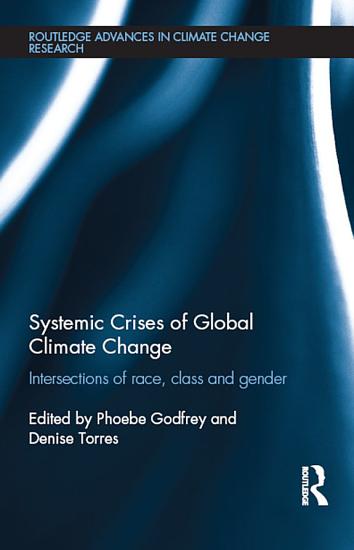 Book Description: Sociological literature tends to view the social categories of race, class and gender as distinct and has avoided discussing how multiple intersections inform and contribute to experiences of injustice and inequity. This limited focus is clearly inadequate. Systemic Crises of Global Climate Change is an edited volume of 49 international, interdisciplinary contributions addressing global climate change (GCC) by intentionally engaging with the issues of race, gender, and class through an intersectional lens. The volume challenges and inspires readers to foster new theoretical and practical linkages and think beyond the traditional, and oftentimes reductionist, environmental science frame by examining issues within their turbulent political, cultural, and personal landscapes. Varied media and writing styles invite students and educators to reflexively engage different, yet complementary, approaches to GCC analysis and interpretation, mirroring the disparate voices and viewpoints within the field. The second volume, Emergent Possibilities for Sustainability will take a similar approach but will examine the possibilities for solutions, as in the quest for global sustainability. This book is a valuable resource for academics, researchers and both undergraduate and post-graduate students in the areas of Environmental Studies, Climate Change, Gender Studies and International studies as well as those seeking a more intersectional analysis of GCC. 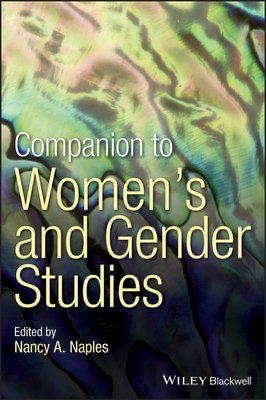 Book Description: A comprehensive overview of the interdisciplinary field of Women's and Gender Studies, featuring original contributions from leading experts from around the world The Companion to Women's and Gender Studies is a comprehensive resource for students and scholars alike, exploring the central concepts, theories, themes, debates, and events in this dynamic field. Contributions from leading scholars and researchers cover a wide range of topics while providing diverse international, postcolonial, intersectional, and interdisciplinary insights. In-depth yet accessible chapters discuss the social construction and reproduction of gender and inequalities in various cultural, social-economic, and political contexts. Thematically-organized chapters explore the development of Women's and Gender Studies as an academic discipline, changes in the field, research directions, and significant scholarship in specific, interrelated disciplines such as science, health, psychology, and economics. Original essays offer fresh perspectives on the mechanisms by which gender intersects with other systems of power and privilege, the relation of androcentric approaches to science and gender bias in research, how feminist activists use media to challenge misrepresentations and inequalities, disparity between men and women in the labor market, how social movements continue to change Women's and Gender Studies, and more. Filling a significant gap in contemporary literature in the field, this volume: Features a broad interdisciplinary and international range of essays Engages with both individual and collective approaches to agency and resistance Addresses topics of intense current interest and debate such as transgender movements, gender-based violence, and gender discrimination policy Includes an overview of shifts in naming, theoretical approaches, and central topics in contemporary Women's and Gender Studies Companion to Women's and Gender Studies is an ideal text for instructors teaching courses in gender, sexuality, and feminist studies, or related disciplines such as psychology, history, education, political science, sociology, and cultural studies, as well as practitioners and policy makers working on issues related to gender and sexuality. 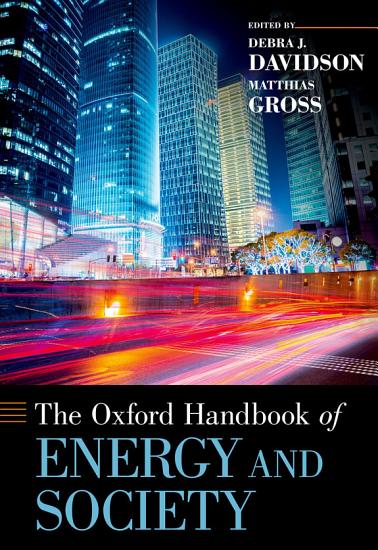 Book Description: The Oxford Handbook of Energy and Society presents an overview of this expanding area that has evolved dramatically over the past decade, away from one largely dominated by structural, political economic treatments on the one hand, and social-psychological studies of individual-level attitudes and behaviors on the other, toward a far more conceptually and methodologically rich and exciting field that brings in, for example, social practices, system complexity, risk theory, social studies of science, and social movements theories. This volume seeks to capture the variety of scales and methods, and range of both conceptual and empirical analyses that define the field, while drawing particular attention to indigenous peoples, poverty, political power, communities and cities. Organized into seven sections, chapters cover social theory and energy-society relations, political-economic perspectives, consumption dynamics, energy equity and energy poverty, energy and publics, energy and governance, as well as emerging trends. 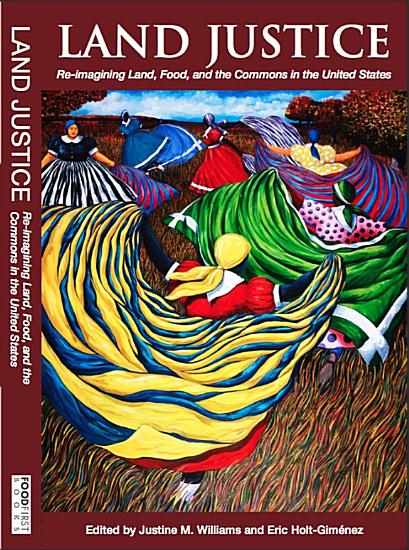 Book Description: In recent decades, the various strands of the food movement have made enormous strides in calling attention the many shortcomings and injustices of our food and agricultural system. Farmers, activists, scholars, and everyday citizens have also worked creatively to rebuild local food economies, advocate for food justice, and promote more sustainable, agroecological farming practices. However, the movement for fairer, healthier, and more autonomous food is continually blocked by one obstacle: land access. As long as land remains unaffordable and inaccessible to most people, we cannot truly transform the food system. The term land-grabbing is most commonly used to refer to the large-scale acquisition of agricultural land in Asian, African, or Latin American countries by foreign investors. However, land has and continues to be “grabbed” in North America, as well, through discrimination, real estate speculation, gentrification, financialization, extractive energy production, and tourism. This edited volume, with chapters from a wide range of activists and scholars, explores the history of land theft, dispossession, and consolidation in the United States. It also looks at alternative ways forward toward democratized, land justice, based on redistributive policies and cooperative ownership models. With prefaces from leaders in the food justice and family farming movements, the book opens with a look at the legacies of white-settler colonialism in the southwestern United States. From there, it moves into a collectively-authored section on Black Agrarianism, which details the long history of land dispossession among Black farmers in the southeastern US, as well as the creative acts of resistance they have used to acquire land and collectively farm it. The next section, on gender, explores structural and cultural discrimination against women landowners in the Midwest and also role of “womanism” in land-based struggles. Next, a section on the cross-border implications of land enclosures and consolidations includes a consideration of what land justice could mean for farm workers in the US, followed by an essay on the challenges facing young and aspiring farmers. Finally, the book explores the urban dimensions of land justice and their implications for locally-autonomous food systems, and lessons from previous struggles for democratized land access. Ultimately, the book makes the case that to move forward to a more equitable, just, sustainable, and sovereign agriculture system, the various strands of the food movement must come together for land justice. 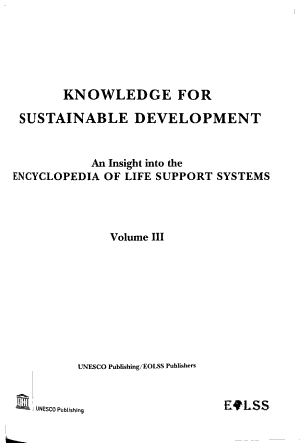 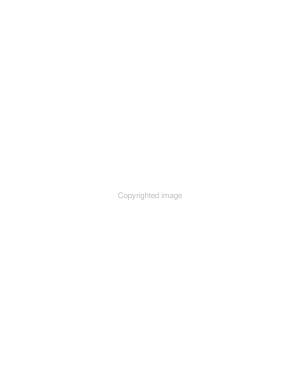 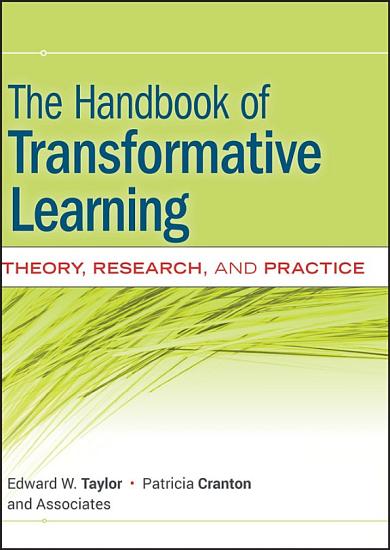 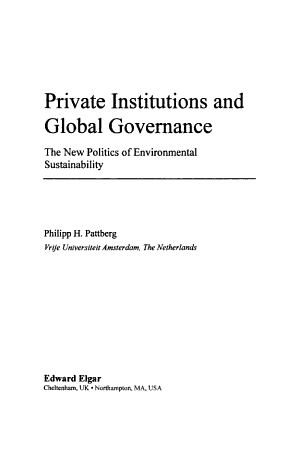 Book Description: Increasingly, private policies at the transnational level complement, and in some cases even replace, public interventions. The author takes a deep and broad look at the phenomenon to account for both the emergence and the influence of private institutions in global governance and sustainability. 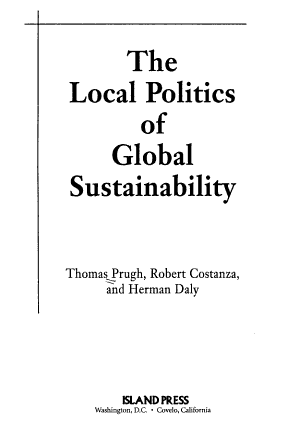 Book Description: The most difficult questions of sustainability are not about technology; they are about values. Answers to such questions cannot be found by asking the "experts," but can only be resolved in the political arena. In The Local Politics of Global Sustainability, author Thomas Prugh, with Robert Costanza and Herman Daly, two ofthe leading thinkers in the field of ecological economics, explore the kind of politics that can help enable us to achieve a sustainable world of our choice, rather than one imposed by external forces.The authors begin by considering the biophysical and economic dimensions of the environmental crisis, and tracing the crisis in political discourse and our public lives to its roots. They then offer an in-depth examination of the elements of a re-energized political system that could lead to the development of more sustainable communities. Based on a type of self-governance that political scientist Benjamin Barber calls "strong democracy," the politics is one of engagement rather than consignment, empowering citizens by directly involving them in community decisionmaking. After describing how it should work, the authors provide examples of communities that are experimenting with various features of strong democratic systems.The Local Politics of Global Sustainability explains in engaging, accessible prose the crucial biophysical, economic, and social issues involved with achieving sustainability. It offers a readable exploration of the political implications of ecological economics and will be an essential work for anyone involved in that field, as well as for students and scholars in environmental politics and policy, and anyone concerned with the theory and practical applications of the concept of sustainable development.