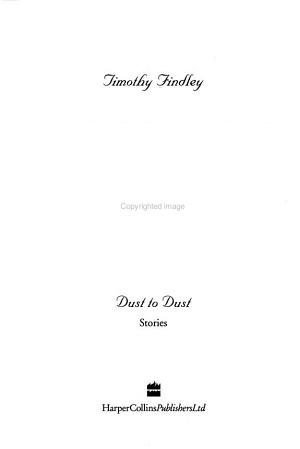 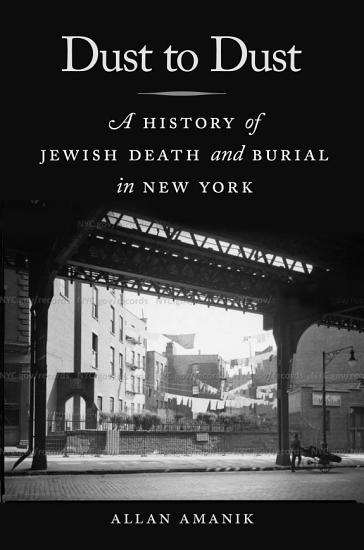 Book Description: A revealing look at how death and burial practices influence the living Dust to Dust offers a three-hundred-year history of Jewish life in New York, literally from the ground up. Taking Jewish cemeteries as its subject matter, it follows the ways that Jewish New Yorkers have planned for death and burial from their earliest arrival in New Amsterdam to the twentieth century. Allan Amanik charts a remarkable reciprocity among Jewish funerary provisions and the workings of family and communal life, tracing how financial and family concerns in death came to equal earlier priorities rooted in tradition and communal cohesion. At the same time, he shows how shifting emphases in death gave average Jewish families the ability to advocate for greater protections and entitlements such as widows’ benefits and funeral insurance. Amanik ultimately concludes that planning for life’s end helps to shape social systems in ways that often go unrecognized.

Book Description: In Dust to Dust, an American physician takes us on an intensely narrated visual journey through the refugee camps of eastern Sudan, where the reality of medical work dissolved into the haunting experience of being part of the catastrophic Ethiopian famine of 1985. Through personal journal entries and alarming but compelling photographs, David Heiden reveals the horror of the camps, the inhumane morass of bureaucracy and political partisanship, and the fierce and noble fight for survival among people whose situation the rest of the world viewed as hopeless. In spare prose the author recounts a series of disasters--political, climactic, and medical--that culminate in near-total social and personal breakdown. Western doctors and nurses, Ethiopian health workers, and Sudanese camp administrators attempt to weave their own meanings, often at odds with each other, often recognizing that each is struggling to control what, in fact, cannot be controlled. The demoralizing frustrations, the small victories, and the shared perils of the environment are portrayed in parallel through words and photographs. As the reader relives the relief workers' battles against usually curable or preventable cases of measles, tuberculosis, malaria, meningitis, and malnutrition, images of African people suffering and dying, sometimes surviving, are juxtaposed to reveal their common humanity yet extreme cultural distance. Photographs of the skeletal bodies of starving children playing in streams that are infested with cholera, of the serene face of a new mother who has miraculously delivered a healthy infant in the squalor and chaos of a refugee camp, all eloquently portray the dogged hope of these victims. Unlikethe relentless news wire photos of Ethiopian refugees that shocked Western viewers into dazed immunity, Heiden's images are those of a sensitive participant-observer. He presents the relief agency volunteers as altruistic individuals working against impossible odds to do some simple good, while grappling with their own Western notions of justice, responsibility, privilege, and comfort. Despite language barriers and cultural differences, genuine connections arise between volunteers and refugees, yielding riches for both. David Heiden reveals the human face of disaster, the personal effect of wanting to make a difference, and the extraordinary resilience of the human spirit. 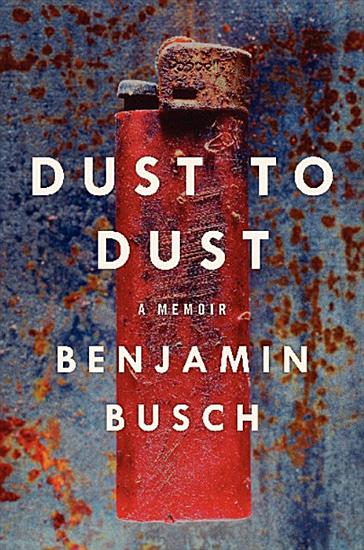 Book Description: “A wonderful book, original in concept and stunningly written.” —Ward Just “Elegiac, funny, wistful, deep, and wonderfully human, Dust to Dust moved me to laughter and tears, sometimes simultaneously.” —Karl Marlantes, bestselling author of Matterhorn and What It Is Like to Go to War Tim O’Brien meets Annie Dillard in this remarkable memoir by debut author Benjamin Busch. Much more than a war memoir, Dust to Dust brilliantly explores the passage through a lifetime—a moving meditation on life and death, the adventures of childhood and revelations of adulthood. Seemingly ordinary things take on a breathtaking radiance when examined by this decorated Marine officer—veteran of two combat tours in Iraq—actor on the hit HBO series The Wire, and son of acclaimed novelist Frederick Busch. Above all, Benjamin Busch is a truly extraordinary new literary talent as evidenced by his exemplary debut, Dust to Dust—an original, emotionally powerful, and surprisingly refreshing take on an American soldier’s story. 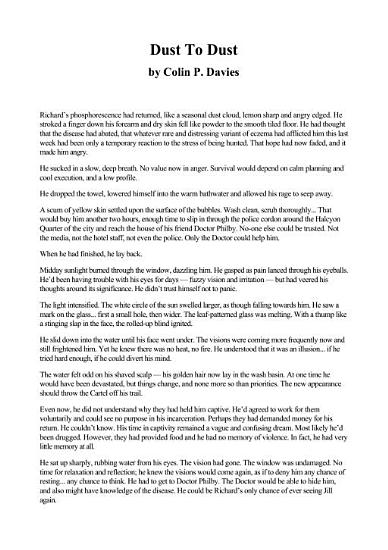 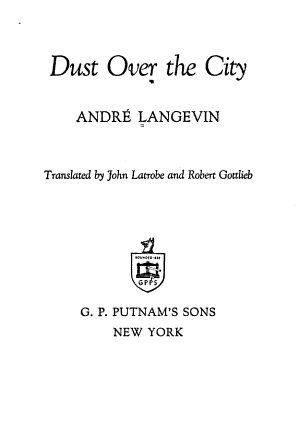 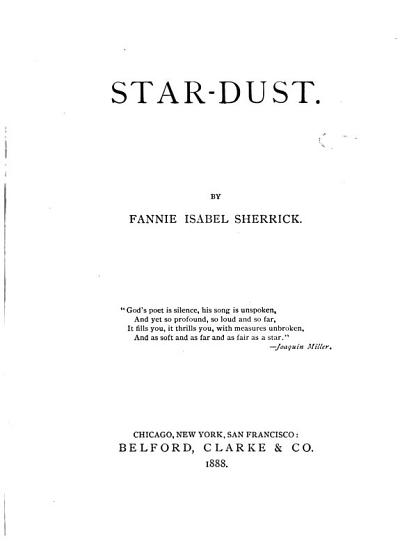 Book Description: Dust tells the story of a librarian terrified by the decay of the world around him. With the help of his wife, the librarian wages a futile war against the dust that coats his surroundings until one day Adrian Bravi, or a character very much like the author, arrives on the scene attesting to the very same fears of decay and decline. Drawing on the tradition of magical realism, this novel delves deeply into the nature and meaning of obsession. 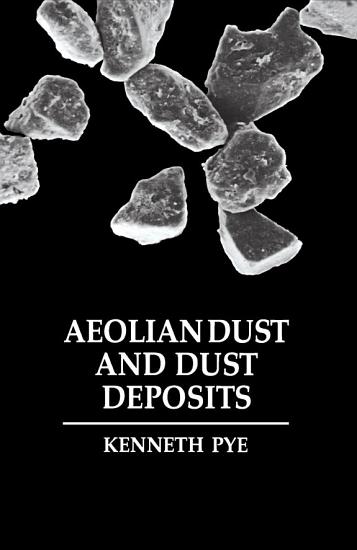 Book Description: Aeolian Dust and Dust Deposits explores the entrainment, dispersion, and deposition of aeolian dust and dust deposits, with emphasis on transport and deposition of dust derived by deflation of surface sediments and soils. Topics covered range from the mechanisms of fine-particle formation to dust sources, sinks, and rates of deposition. Dust-transporting wind systems are also discussed, along with the grain size, mineralogy, and chemical composition of aeolian dust. Comprised of nine chapters, this book begins with an overview of the general nature and significance of windborne dust as well as the importance of aeolian dust and loess. The next chapter deals with the mechanisms underlying the formation of fine particles, including glacial grinding, frost and salt weathering, and fluvial comminution. The reader is then introduced to dust entrainment, transport, and deposition, together with dust sources, sinks, and rates of deposition. Subsequent chapters focus on the implications of dust deflation, transport, and deposition; dust deposition in the oceans; and loess distribution and the thickness and morphology of loess deposits. This monograph is written primarily for research workers and advanced students in sedimentology, geomorphology, and Quaternary studies, but is also likely to be of value to soil scientists, meteorologists, planetary geologists, engineers, and others concerned with environmental management. 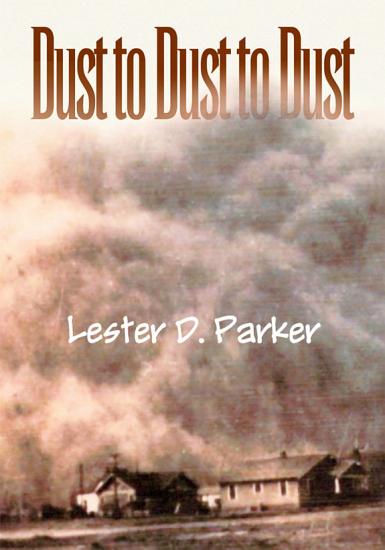 Book Description: When Henry Parker and Thomas Thompson arrived in Virginia Colony aboard the sailing ship Endeavor, 1765, their altercation aboard ship was forgotten. Each went his separate way, never expecting to meet again. Each, for his own reason, was anxious to depart the dock. Thomas Thompson, with his wife Elinor and son James, headed for the dusty coal mines of West Virginia. Thomas was jumping ship to avoid a return trip to England as promised to the captain. Henry Parker was heading west to look for suitable farm land that could be claimed free, if possible. He was anxious to get settled so that he could send for his bride, with whom he had only three days before being ordered to leave England forever, by King George III. Henry was to have a long three year wait before seeing his bride again. The next meeting between the Parkers and Thompsons took place in a military hospital during the revolutionary war, each had been wounded at the second battle of Yorktown. Over the next many years chance meetings occurred between the two families through the dust of Texas trail drives, wars, and homesteading in Oklahoma Territory. Then in 1922 the two families were forever joined as Arthur William Parker courted and wed, Lena May Thompson. In 1935 and 1936 the Parker sharecrop farm was devastated by the depression, drought, and choking dust storms of the 1930s. In 1937 Most members of both extended families joined the long trail of okies headed for California in search of a better life.