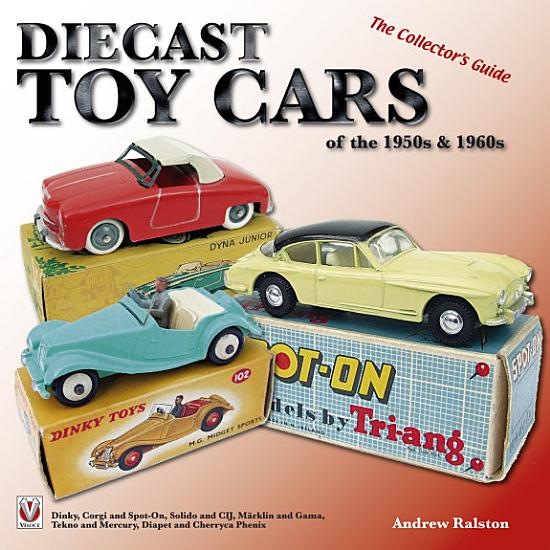 Book Description: A guide for collectors discusses the history of die-cast toy cars of the 1950s and 1960s and surveys the companies that manufactured the toys around the world, including such major names as Dinky Toys, Corgi Toys, Solido, Tekno, and Tootsietoy. 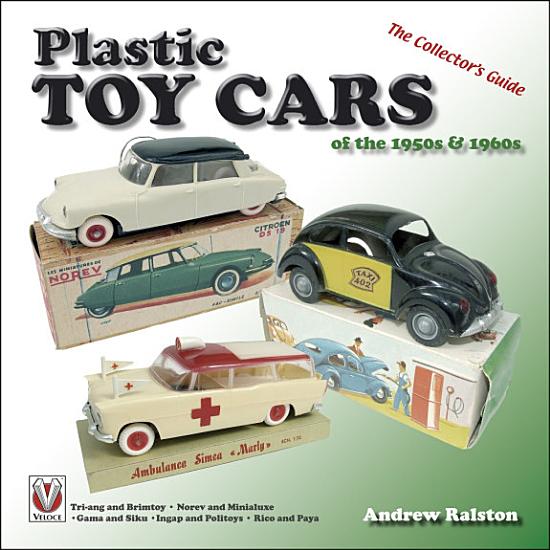 Book Description: The history of Dinky Toys, Corgi Toys and other makers of diecast metal cars has been covered in great detail in many books and magazine articles; by contrast, information on plastic toy cars is much harder to come by. Yet collectors are taking an increasing interest in plastic cars, particularly as the rise in the value of early diecast and tinplate models has put many of these out of reach of the average enthusiast. For the first time, this book aims to provide a systematic introduction to the vast number of plastic cars made during the 1950s and 1960s. Years of research have enabled the author to uncover many fascinating facts about the companies who made these toys. Some were major players in the toy industry, like Tri-ang and Brimtoy in the UK, Norev and Minialuxe in France, Gama and Siku in Germany and Ingap in Italy. Many others, though, were more obscure, and some only modeled one car before disappearing without trace. More than 250 photographs of these toys are included, with the emphasis being on the most colorful and realistic examples, all of them based on real vehicles of the period. In many cases, the toy is pictured alongside its original box, the presence of which can often double the value of the item to a collector. Readers will also find a handy glossary listing the names of many of the companies who were active in this field in the 1950s and 1960s, together with some evocative period advertisements and catalogue illustrations. If you thought that a model car had to be made of diecast metal to be worth collecting, this book might change your mind . . . With 250 color photos, extensive appendices and identification aids this is a must have for any collector or dealer. 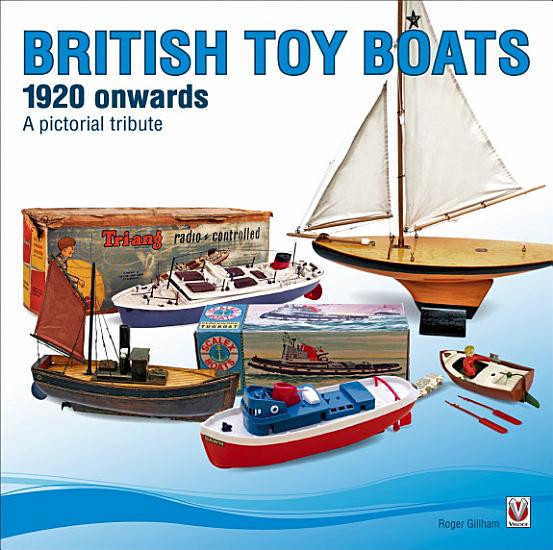 Book Description: A concise yet comprehensive record of products of the major manufacturers of British waterborne toy boats from 1920 onwards, featuring 564 detailed images, mainly in colour, plus a listing and description of all models made. Also includes a fascinating look at many of the smaller, lesser known manufacturers. 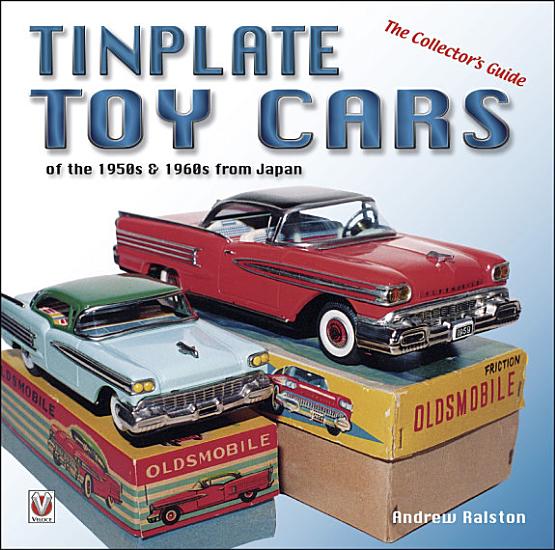 Book Description: After the Second World War, Japanese toy makers made tinplate replicas of many American and European cars, often reaching surprising heights of realism. Today, these tin cars are the most desirable of all vintage toys, fetching prices at auction in excess of diecast cars such as Dinky Toys. Seeking out the finest examples of these toys has been a lifelong passion for Bruce Sterling of New York, who has allowed his collection to be pictured in this volume. 150 of the rarest and best toys are shown, all of them in pristine condition with their original boxes. Cadillac, Chevrolet, Buick, Packard and many other famous American names are represented, in addition to a good selection of European vehicles. All the toys are described in detail, and background information is provided about the prototypes on which they are based. A guide to current values is also given. This is a book that will be treasured, not only by specialist collectors, but by all who are passionate about vintage toys and classic vehicles. 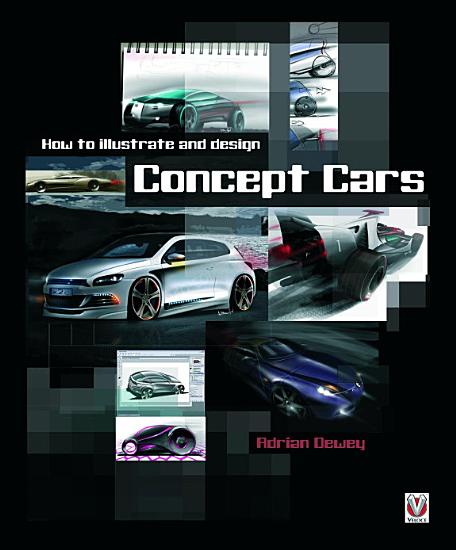 Book Description: The automobile seems to be as popular now as it ever was. Posters of cars still adorn many a child’s bedroom wall, and school exercise books are full of doodles of cars. This book takes those notebook sketches and teaches you how to develop them into the car designs you see in magazines. Using simple to follow step-by-step drawings it guides you from pencil sketch to marker rendering, from doodle to highly visual computer generated artwork. Adrian Dewey has worked on designs as diverse as small sports cars to double decker buses, modified motors to concept Formula 1 cars, using various techniques and styles. In this book, he uses his knowledge of the different styles to guide the reader in creating great artwork and designs of their own. The book shows in detail how to use different materials and how to get the most out of each one, whether it be a great pencil sketch or a photo realistic vector illustration. The book also features an easy to follow index for quick reference on different types of drawing. 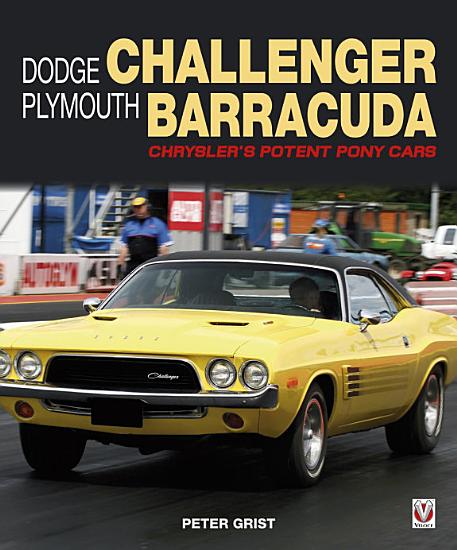 Book Description: This ultimate Chrysler pony car book features every series and model of pony car made by the Chrysler Corporation in the 1960s and 70's, including the slippery Barracuda and the classic Dodge Challenger. 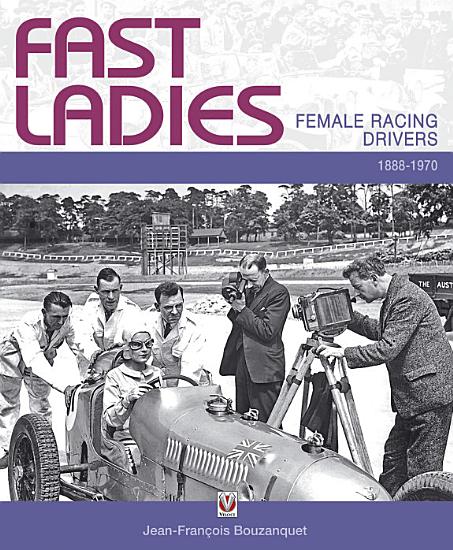 Book Description: It took a great deal of determination on the part of women to sweep aside male resistance from the inner circles of the motoring world. A veritable saga with a wealth of illustrations spanning almost a century of motor racing. Over forty unique portraits of daring, brave women who took part in speed records events, rallies and Grand Prix races.

Book Description: Tin toys had been made in Japan before the Second World War, but they reached new heights of realism in the 1950s. The postwar American occupation of Japan gave Japanese toymakers ready access to the lucrative American toy market, and as a result most of the tin toy cars made in this period were based on American vehicles like Cadillacs, Chevrolets, Buicks, Oldsmobiles and Packards. Like the real things, these tin toys were big. A small one would be around eight inches long, with some of the largest stretching to eighteen inches. As such, tinplate was the ideal medium to capture the look of American styling of the 1950s, a period when size mattered, and car manufacturers tried to outdo each other with the extravagance of their designs, the size of their tailfins and the amount of chrome. During this era of consumerism, Japanese toy production was at its peak, with exotically-named manufacturers like Marusan, Bandai, Yonezawa and Alps turning out vast quantities of tin toys. It proved to be a short-lived phase in the history of toy production. By the early 1960s, tin toys were falling out of fashion for various reasons: their sharp edges gave rise to safety concerns; die-cast models were becoming increasingly realistic and sophisticated, with many action features that appealed to children; the development of plastics in the toy industry made tin toys look increasingly old-fashioned. Half a century later, there are very few surviving examples of these magnificent playthings. Bruce Sterling of New York has devoted years to seeking out the very best examples of Japanese tinplate cars and has built up what is probably the world’s finest collection of these toys, every one of them in pristine condition, complete with their original boxes which are works of art in themselves. Tinplate Toy Cars of the 1950s & 1960s from Japan showcases 150 examples of the very rarest Japanese tin toy cars, many of them never having been pictured in books or magazines until now. Almost every major American motor manufacturer is represented here, together with a selection of commercial vehicles and a significant number of European cars, too. All are illustrated in full colour and described in detail, and fascinating insights are provided into both the real vehicles and the companies that modelled them, together with a guide to rarity and current values. This is a book that will be treasured, not only by specialist collectors, but by all who are passionate about vintage toys and classic vehicles. 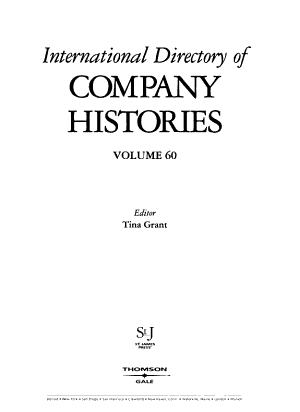 Book Description: Provides detailed histories of many of the largest and most influential companies worldwide. Intended for reference use by students, business persons, librarians, historians, economists, investors, job candidates, and others who want to learn more about the historical development of the world's most important companies. 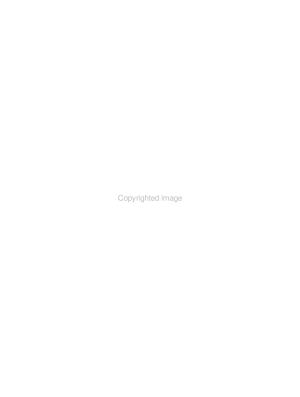