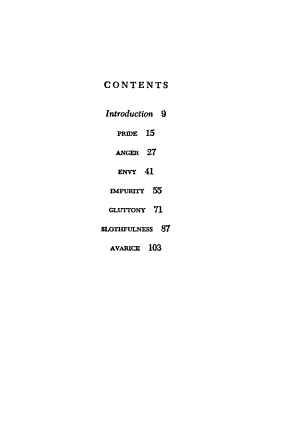 Book Description: After a minister had spoken strongly against sin one morning, one of his members said, "We don't want you to talk so plainly about sin because if our boys and girls hear you mention it, they will more easily become sinners. Call it a mistake if you will, but do not speak so bluntly about sin." The minister went to the medicine shelf and brought back a bottle of strychnine marked POISON. He said, "I see what you want me to do. You want me to change the label. Suppose I take off this 'poison' label and put on some mild label such as 'peppermint candy.' Can't you see the danger? The milder you make the label, the more deadly the poison." During the last few years we have been putting a mild label on sin. We've called it "error," "negative action" and "inerrant fault." But it is high time that we put a POISON label back on the poison bottle and not be afraid to be as plain as the Bible is about the tragic consequences of sin. Pope Gregory the Great, at the end of the sixth century, divided all sins under seven heads. He said that every sin that a man commits can be classified by seven words. He named the sins: pride, anger, envy, impurity, gluttony, slothfulness and avarice. They have been called down through the centuries "the seven deadly sins." These sins are nowhere collectively mentioned in a single passage in the Bible, and yet they are all condemned separately in many places. Thomas Aquinas and most of the great theologians have agreed with Pope Gregory, and these seven deadly sins have become a recognized part of moral theology. These sins also became the subjects of poets. The scheme of Dante's "Purgatory" follows the order of the seven deadly sins. They are also discussed fully in Chaucer's "Parson's Tale" and in Marlowe's "Doctor Faustus." Even a recent Italian movie was entitled "The Seven Deadly Sins." The following messages, with very little editing, are just as they were given on seven consecutive broadcasts of "The Hour of Decision." - Introduction. 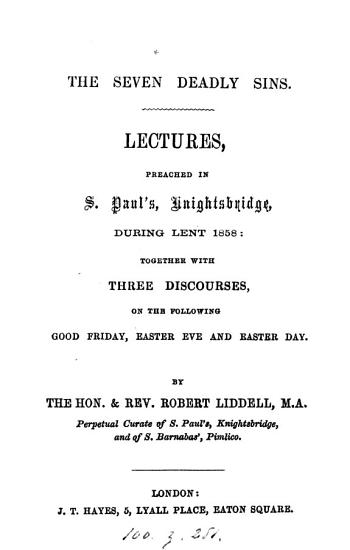 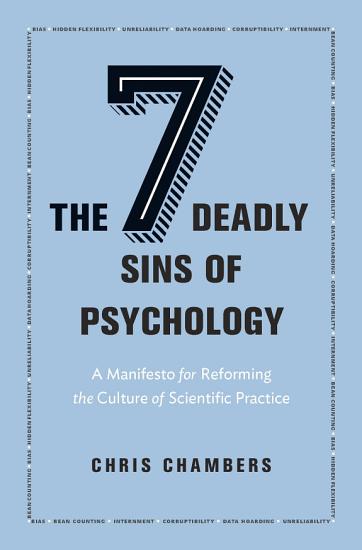 Book Description: Why psychology is in peril as a scientific discipline—and how to save it Psychological science has made extraordinary discoveries about the human mind, but can we trust everything its practitioners are telling us? In recent years, it has become increasingly apparent that a lot of research in psychology is based on weak evidence, questionable practices, and sometimes even fraud. The Seven Deadly Sins of Psychology diagnoses the ills besetting the discipline today and proposes sensible, practical solutions to ensure that it remains a legitimate and reliable science in the years ahead. In this unflinchingly candid manifesto, Chris Chambers draws on his own experiences as a working scientist to reveal a dark side to psychology that few of us ever see. Using the seven deadly sins as a metaphor, he shows how practitioners are vulnerable to powerful biases that undercut the scientific method, how they routinely torture data until it produces outcomes that can be published in prestigious journals, and how studies are much less reliable than advertised. He reveals how a culture of secrecy denies the public and other researchers access to the results of psychology experiments, how fraudulent academics can operate with impunity, and how an obsession with bean counting creates perverse incentives for academics. Left unchecked, these problems threaten the very future of psychology as a science—but help is here. Outlining a core set of best practices that can be applied across the sciences, Chambers demonstrates how all these sins can be corrected by embracing open science, an emerging philosophy that seeks to make research and its outcomes as transparent as possible. 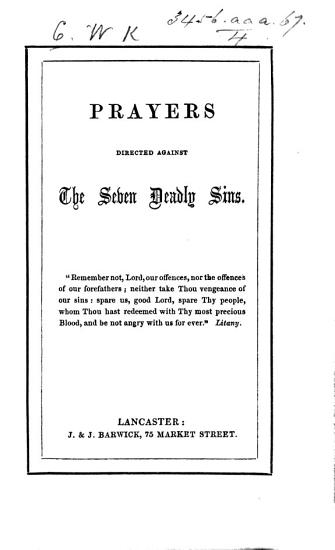 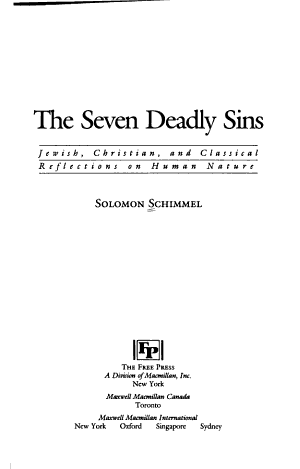 Book Description: "The Seven Deadly Sins"--greed, envy, lust, pride, sloth, gluttony, and anger--are still alive and thriving, and deadlier than ever. Scholar and practicing psychologist Schimmel draws on a wide variety of sources to analyze each sin, reveal its persistence in modern life, and teach the virtues needed to restrain it. 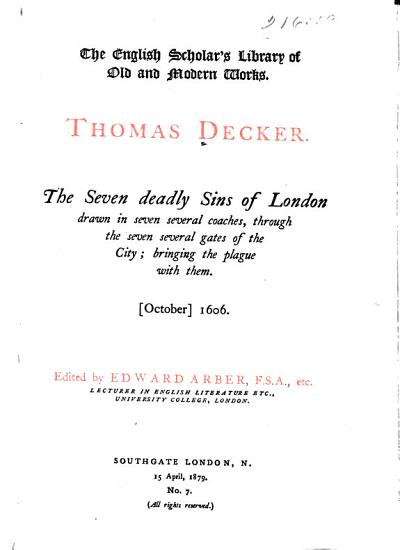 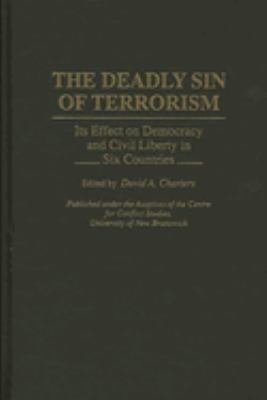 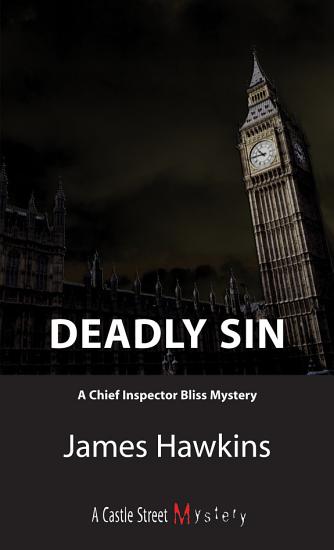 Book Description: Emotions run high when Queen Elizabeth II attempts to heal the schism between Christians and Muslims by attending a London mosque for Friday prayers. David Bliss, newly returned to duty while he tries to find a publisher for his novel, has the task of protecting the royal couple, but is caught off guard when an attack comes from an unexpected quarter. Meanwhile, Bliss’s aging friend Daphne Lovelace needs help. Her elderly neighbours have died and apparently left their house to the family from hell. While Bliss desperately tries to protect the queen, Daphne puts on her oldest coat and takes up residence in a seniors home as she tries to discover what really happened to her neighbours. Age apparently catches up with her, and in no time she appears as senile as the other inhabitants, but Trina Button in far-off Canada smells a rat and forces Bliss to take action. Is someone playing God? And what role does Jack the Ripper play? 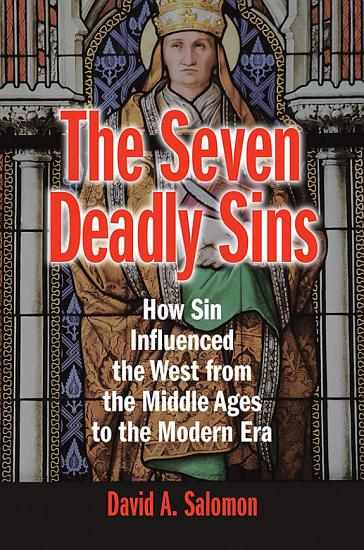 Book Description: This volume looks at the history of the idea of sin as it has influenced and shaped Western culture. Emphasis is placed on an inter- and cross-disciplinary approach. • Connects philosophical and religious concepts from the Middle Ages to the modern era • Shows how the seven deadly sins are reflected in contemporary and popular culture • Gives readers an overview of the seven deadly sins in accessible language • Looks at the significant changes in the Western view of sin from Gregory the Great to Pope Francis's "theology of sin" to the media's condemnation of minor transgressions as "sins"