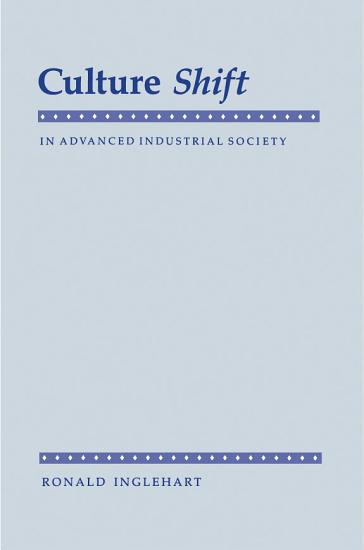 Book Description: Economic, technological, and sociopolitical changes have been transforming the cultures of advanced industrial societies in profoundly important ways during the past few decades. This ambitious work examines changes in religious beliefs, in motives for work, in the issues that give rise to political conflict, in the importance people attach to having children and families, and in attitudes toward divorce, abortion, and homosexuality. Ronald Inglehart's earlier book, The Silent Revolution (Princeton, 1977), broke new ground by discovering a major intergenerational shift in the values of the populations of advanced industrial societies. This new volume demonstrates that this value shift is part of a much broader process of cultural change that is gradually transforming political, economic, and social life in these societies. Inglehart uses a massive body of time-series survey data from twenty-six nations, gathered from 1970 through 1988, to analyze the cultural changes that are occurring as younger generations gradually replace older ones in the adult population. These changes have far-reaching political implications, and they seem to be transforming the economic growth rates of societies and the kind of economic development that is pursued. 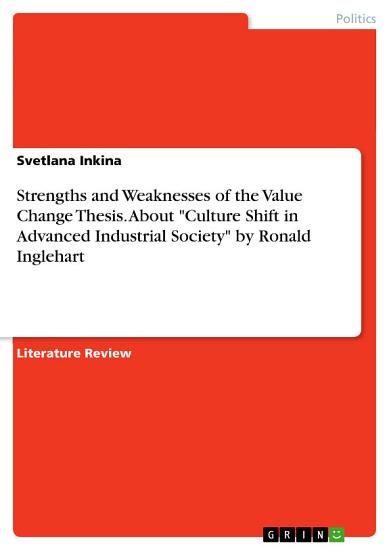 Book Description: Literature Review from the year 2008 in the subject Politics - International Politics - General and Theories, grade: A-, University of Toronto, course: Comparative Politics of Industrial Society, language: English, abstract: This paper will scrutinize Inglehart’s theoretical framework, arguing that the dichotomy between materialism and postmaterialism represents a useful analytical tool that is applicable to the advanced industrial societies. It will also be argued that the framework is by no means comprehensive and has to be developed further so as to fit a complex reality of the post-post-industrial world. The model suggested by Inglehart suffers from several theoretical and methodological problems that will be addressed in the following sections. 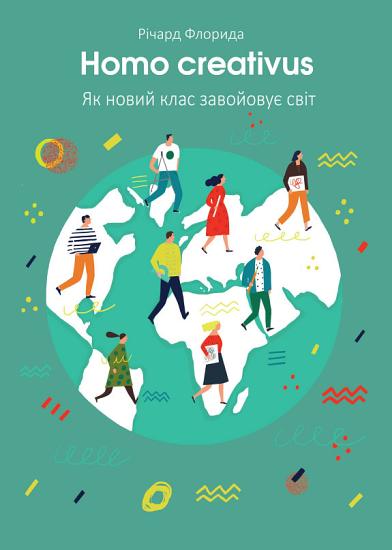 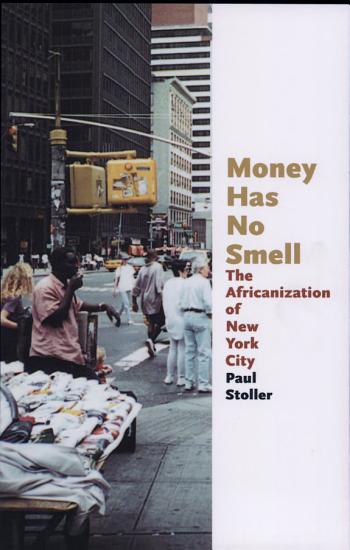 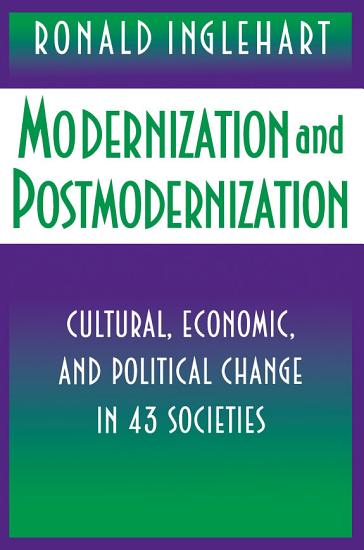 Book Description: Ronald Inglehart argues that economic development, cultural change, and political change go together in coherent and even, to some extent, predictable patterns. This is a controversial claim. It implies that some trajectories of socioeconomic change are more likely than others--and consequently that certain changes are foreseeable. Once a society has embarked on industrialization, for example, a whole syndrome of related changes, from mass mobilization to diminishing differences in gender roles, is likely to appear. These changes in worldviews seem to reflect changes in the economic and political environment, but they take place with a generational time lag and have considerable autonomy and momentum of their own. But industrialization is not the end of history. Advanced industrial society leads to a basic shift in values, de-emphasizing the instrumental rationality that characterized industrial society. Postmodern values then bring new societal changes, including democratic political institutions and the decline of state socialist regimes. To demonstrate the powerful links between belief systems and political and socioeconomic variables, this book draws on a unique database, the World Values Surveys. This database covers a broader range than ever before available for looking at the impact of mass publics on political and social life. It provides information from societies representing 70 percent of the world's population--from societies with per capita incomes as low as $300 per year to those with per capita incomes one hundred times greater and from long-established democracies with market economies to authoritarian states. 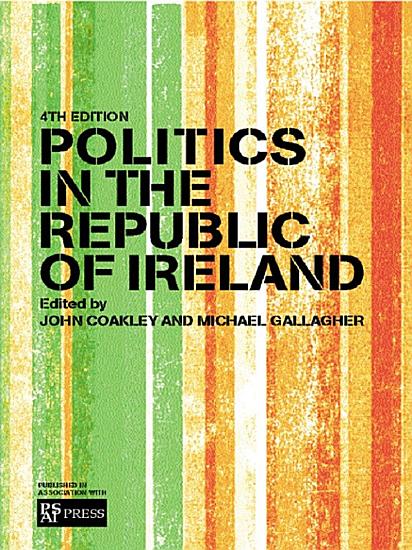 Book Description: Politics in the Republic of Ireland is now available in a fully revised fourth edition. Building on the success of the previous three editions, this text continues to provide an authoritative introduction to all aspects of politics in the Republic of Ireland. Written by some of the foremost experts on Irish politics, it explains, analyzes and interprets the background to Irish government and contemporary political processes. Crucially, it brings the student up-to-date with the very latest developments. New patterns of government formation, challenges to the established political parties, ever-deepening, if sometimes ambivalent, involvement in the process of European integration, a growing role in the politics of Northern Ireland and sustained discussion of gender issues are among these developments – along with evidence, revealed by several tribunals of enquiry, that Irish politics is not as free of corruption as many had assumed. 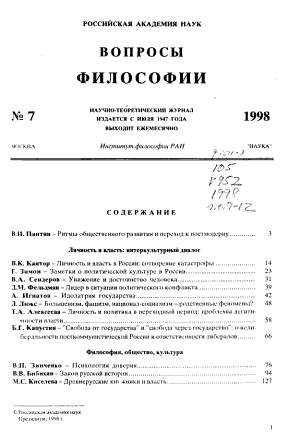 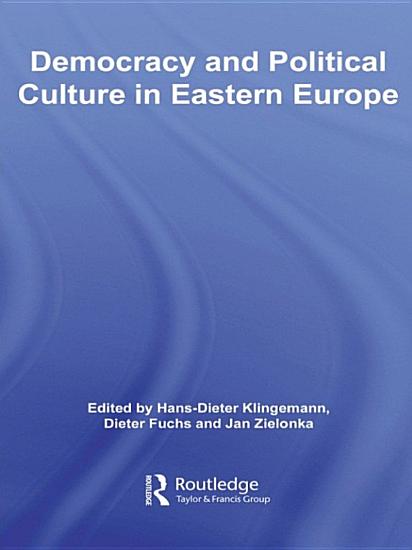 Book Description: What is the relationship between democracy and political culture in countries undergoing major systemic change? Have subjective political orientations of citizens been important in shaping the development of democracy in central and eastern Europe after the fall of communism? These core questions are tackled by an impressive range of twenty political scientists, sixteen of which are based in the central and eastern European countries covered in this essential new book. Their analyses draw on a unique set of data collected and processed by the contributors to this volume within the framework of the World Values Survey project. This data enables these authors to establish similarities and differences in support of democracy between a large number of countries with different cultural and structural conditions as well as historical legacies. The macro-level findings of the book tend to support the proposition that support of democracy declines the further east one goes. In contrast, micro-level relationships have been found to be astonishingly similar. For example, support of democracy is always positively related to higher levels of education – no matter where an individual citizen happens to live. This new book builds a clear understanding of what makes democracies strong and resistant to autocratic temptation. 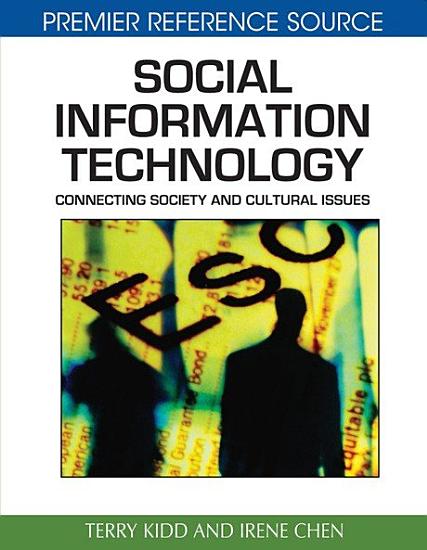 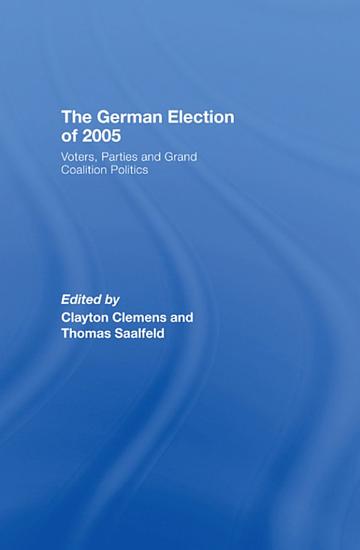 Book Description: The election of 2005 changed Germany’s political ‘landscape’. The combined share of the vote gained by the two major parties fell below 70 per cent, eliminating the option of a coalition between one of the two major parties (Christian Democrats and Social Democrats) with one of the smaller parties – the traditional pattern of government that had dominated German post-war politics since the late 1950s. The election resulted in the first national ‘Grand Coalition’ of the two major parties since 1969. While some have seen this government, elected in November 2005 and headed by the Christian Democrat Angela Merkel, as the symptom of a crisis of the traditional post-war German party system, others have highlighted the opportunities it opens up for constitutional and policy reform as Merkel’s ‘Grand Coalition’ controls an overwhelming majority of the votes in both houses of the German legislature. The German Election of 2005 analyses the road to the 2005 election and provide in-depth studies of the campaign and candidates, of voting behaviour and immediate consequences of the election, with contributions from leading experts from Germany, the United Kingdom and the United States. The findings are informed by theoretical and empirical work in the comparative study of parties and elections offering a nuanced, empirically rich picture of continuity and change in German electoral politics.